Puzhu is a new Malayalam-language film that was released this weekend on SonyLiv. With the acting giants like Mammootty and Revathy in the lead roles, the film made me interested from the trailer itself. While initially, it seemed like a mere suspense thriller, Puzhu presents a highly emotional tale filled with rich subtext about privilege and prejudice. By making its protagonist a highly despicable character, the film creates a task for itself to make us empathize with him. With the class act by Mammootty, it succeeds with flying colors to leave a bittersweet impression about him. The veteran actor makes us fear even his most uncomplicated glance while putting us in his shoes and making us see the world through his eyes.

Puzhu is primarily a story about a father and a child. Mammootty plays the father (Kuttan), who takes care of his son on his own after his wife’s untimely death. On the surface, he looks like a caring, single father, making Rotis for their meal and teaching him some moral lessons. It doesn’t take long to reveal what lies underneath. The anger boiling under his skin is filled with contempt for anyone who doesn’t abide by his ways of doing things. He is a man from the dominant caste, and his sister’s marriage to a lower caste person after a divorce from a person he had made her marry with irks him. When this couple comes to live near where he does, it brings out all the angst and frustration boiling underneath his exterior like a silent volcano.

Film’s title, which means ‘worm’ becomes an allegory for the events happening around Kuttan and how he views them. There is a chain of injustice that he subjects people around him. For him, they remain just as dispensable as those slippery creatures. His utter disregard for the well-being of other people builds on his image as a bigot. We see him getting attacked by someone through the film’s scenarios, and the suspense builds on finding the culprit. However, Puzhu excels at going beyond being just a whodunit, navigating the roots of Kuttan’s paranoia through the way he reacts to these situations and jumps to some prejudice-based conclusions and the way he feels unsafe despite all the privileges owned by him. 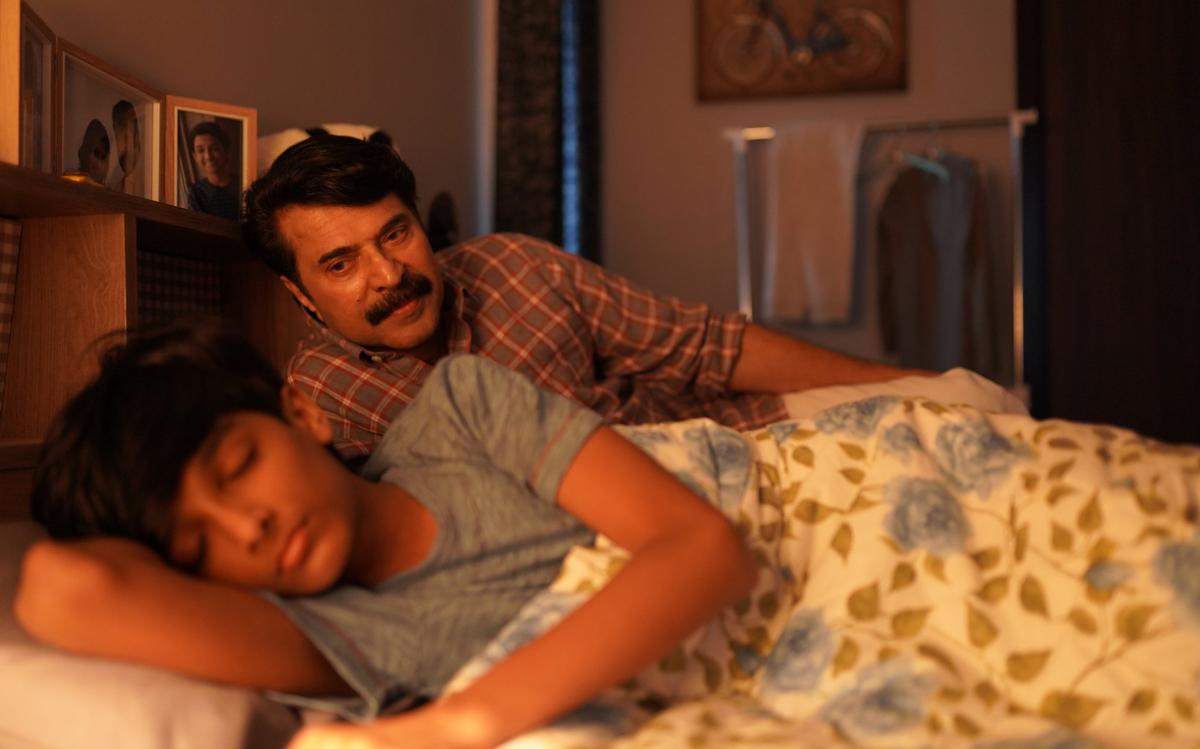 The Covid-19 pandemic and its limitations made privileged caste folks create logical fallacies in their minds and find justifications for their long-held prejudices. Kuttan’s situation in Puzhu deepens a similar sense of paranoia in him. Not being in control of every other thing in his life terrifies him. The core mentality of people is to assert their position of power. Anything that limits their growth or threatens their position becomes an enemy for their fragile egos. The film builds on these fears in a palpable manner to create a stomach-churning piece of cinema.

The unsettling character dynamics with the socio-cultural subtext make Puzhu a great example to convey so much while saying (spelling out) very little. The exemplary direction by Ratheena PT creates a clever mix of subtleties with the brutal sequences, reminiscent of the Korean thrillers. There is an assured voice that shines in every minute detail. The fantastic screenplay by the team of Harshad, Sharfu & Suhas adds the creepiness in such a manner that makes your skin crawl and your body shake by the mere presence of a man – leading just an ordinary life.

What shines the brightest is, of course, Mammootty’s performance. It is not loud or vocal. It hardly contains the theatrics generally associated with performing the role of a bigot. Yet, through his silences, he subtextually shouts the slogans of right-wing goons, be it about the ultra-privileged folks being in ‘danger’ or about making some imaginary self-serving idea of heaven great again. Mammootty is terrifying in his turn as a Brahmin orthodox male.

And just like every other performance of hers, Parvathy conveys an incredible amount of dignity in her character. Her empathy towards the character’s situation becomes apparent even in the tiniest acting choices she makes and shines in the most humane form. Her character’s submissive manner in front of her brother and her eyes mapping out all the details with a mix of fear and an urge for acceptance becomes a catalyst to bring the central themes to the forefront. The ultra-privileged straight man with his anger issues over the loss of power becomes the driving force in this story, which operates subtly yet creates a brutal impact. While the film does not advocate either of the sides, it makes the viewer decide on their own and ask themselves, ‘which side are you on?’

Puzhu is now streaming on  SonyLIV