Senior Year (2022) Netflix Review: When Stephanie wakes up from a 20 years-long coma and says, “I’m ready for prom,” I couldn’t imagine that I’d have to finish watching the rest of the film. In short, I thought I should take her place in the hospital bed instead and pretend that Netflix did not just churn out another teen comedy so mediocre that I wish it did not exist. Debut director Alex Hardcastle’s Senior Year is as uncomfortable as growing out of real teenage into adulthood. It is sauced so heavily with the glittery, problematic nostalgia of the 90s American high school comedies that you sometimes forget whether it accidentally lost its way in a millennial’s DVD archive.

Our queen bee, Stephanie, played by Angourie Rice, has moved from Australia to the USA only to be called a ‘koala ass’ by her popular classmates. She wants to be the prom queen at her senior year prom so bad that she strives her way towards it since she is 14, even surviving on a diet of bananas and ice cubes. She is dating the most popular guy at school, Blaine, and is all set to throw a prom after-party at Martha, her close friend’s lake house, but things take an unforeseen turn when performing a stunt as the cheer queen, she meets with an accident. The next thing we know, she is in a 20 years-long coma, waking up to find that her body has aged (she is 37 years old now), but her mind still thinks like 17 years old. Can Stephanie finally win the title of the prom queen at the cost of the sanity of Harding High School’s current batch of senior year students? Of course, she can.

We are not expecting anything otherwise, except a film almost 2 hours long needed some hairpin bends in its narrative to keep my concentration in place, especially in the end when they seem to be reading out feel-good quotes from self-help books. It is so unwittingly concentrated on the Stephanie narrative that it forgets to polish the characters of Stephanie’s now-old friends from high school days, Martha (Mary Holland) and Seth (Sam Richardson), or her then-boyfriend, Blaine (Justin Hartley). Stephanie also befriends a group of impressionable high school cheer captains, and soon the movie goes beyond the point of redemption. 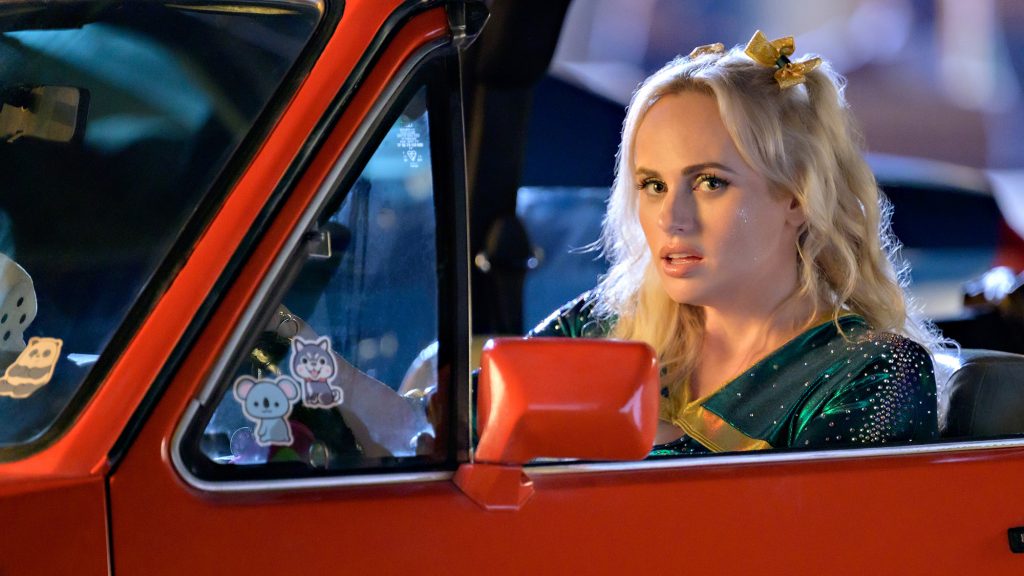 The comedy in Senior Year (2022) doesn’t even tickle your feet, let alone make you clutch your stomach and roll on the floor. Sentences like, “…cause I’m MTV and you’re Vh1. I’m the real deal, and you’re the poser” only make you occasionally wonder why writers Andrew Knauer, Arthur Pielli, and Brandon Scott Jones are trying so desperately to rope in the 90s American High School teen-comedy feels in a 21st-century comedy.

As the film progresses and the comedy becomes more and more targeted towards the environmentally-conscious (trying-to-be) inclusive batch of 2022 graduates, you start questioning who the film is really trying to address. Very soon, the garb of sensitivity comes off, and the high-school environment is refilled with catfights and backstabbing. Perhaps, through all ages, teenagers will continue to commit silly actions and reap their mammoth consequences, no matter how changed the perceptions of high school may be among millennials and the Gen Z. The film offers too many supposedly comic segments, like the one where Lance (Michiel Cimino), who wears a skirt in school, is asked to not manspread by Brie (Jade Bender), that my little drama-loving heart can barely stand for its own good.

Rebel Wilson is authentic in her efforts, but the script is insincere towards her. The pretentiousness that her character reeks of for a major part of the film only gathers eye-rolls from the audience. Even her sad reason to desire the prom queen’s life isn’t sad enough for us to sympathize with her because she appears to be a selfish jerk, taking us back to very old memories of watching Mean Girls (2004) on the TV. Most importantly, the script loses out on establishing her an angle of real medical recovery, a subplot that could have positively added a flare to the script. Instead, her character offers us shrapnel observations, including Lady Gaga looking like Madonna on a magazine cover. Every other character is written to complement Stephanie’s, and to that end, they are like half-baked cakes. Even the romance angle in the plot is hasty. The tonality of the plot is pure chaos, like the high school experience but in a mean way, trying too hard to be the new gospel of teen drama for its own good.

I think Senior Year tries to live up to Stephanie’s plea for ‘cool’-ness like the populars in her class when she was 14 years old. I sometimes felt like the current Harding High School Principal, Martha, coaching the students to perform an act on informed choices and consent but watching them put up a fondling-and-grinding stage performance instead. It midway becomes a musical, desperately trying to make it to the finish line. You can, wholeheartedly, skip watching Senior Year unless you’d like to know how a hypothetical mishmash between the millennials and the Gen Z would function.

Senior Year is streaming on Netflix