Home»Reviews»Films This Week»Jayeshbhai Jordaar [2022] Review: Another Film about Women Appropriated by Men
Films This Week/Reviews

Jayeshbhai Jordaar [2022] Review: In Govind Nihalani’s 1996 film Sanshodhan, the protagonist, Vidya, played by Vanya Joshi, finds herself pushed as a candidate in the elections for village head by the men in her family after an amendment in the law that reserved one-third of Gram Panchayat seats for women. While the apparent intention of the men was to capture and control power through the reservation accorded to Vidya by law, the sense of responsibility manifests into a passion, and she increasingly reclaims her agency. Reimagining Sanshodhan by putting Bhanwar, Vidya’s spouse played by Manoj Bajpayee, as the focal point of this tale, wherein he struggles to pull Vidya out from the clutches of oppression and enable her to grab democratic power, it becomes a story Hindi film producers will like. But they will not fund it. They would want humor to drive the dialogue, not wisdom. What are Indians, if not a group of buffoons, who express more through their bodies and less through speech; who find any method more feasible to reach a solution than dialogue?

Hindi mainstream cinema has one motive: to drain money out of people’s pockets to feed the ego of its “super” stars, who think of themselves as industries. The primary cause is not to entertain the audience, strengthen the film distribution network, rehabilitate theatre owners after two long years of a deadly pandemic, or contribute to the art of cinema by experimenting with narratives and form. All of these are noble causes. Had any of those been the cause, Hindi mainstream studios would have worked tirelessly to replicate summer blockbuster filmmaking akin to Hollywood. But the only motive now is to strengthen the nexus of state-stars-producers. Therefore, Hindi mainstream films can broadly be classified as either of the two: propaganda or remakes. Propaganda gets state support, reducing the burden of bureaucratic obligation while also guaranteeing a quick encashing of the majoritarian sentiment, notwithstanding the lethality of methods to the social fabric. On the other hand, remakes come with the security that since the source material is financially successful, the probability of its derivative’s success is high. Now that we have discussed the current scenario of the Hindi film industry in its most rudimentary form, we can argue what it takes to make Sanshodhan a film suited to the contemporary era. It will require a reversal of representation, reduction of dialogue, and reinforcement cariacatures for characters. Jayeshbhai Jordaar doesn’t take the Hindi film industry backward, for the film industry was better back in the time. It only increases the speed of its current descent and stabs right in the heart of optimism.

Jayeshbhai Patel, played by Ranveer Singh, is the sweet loving husband of Mudra, played by Shalini Pandey. I yearn to write Mudra as the protagonist, with Ranveer Singh playing her husband, but the film fails me. Jayesh treads with his simplistic idea of love, which prevents him from internalizing regressive ideas of patriarchy. But he is captive to patriarchal expectations, nevertheless. Mudra is expecting her seventh child. The couple has a daughter as their firstborn, after which five pregnancies became victims of female foeticide. The doctor explains that another foeticide will render the mother infertile because she has weakened internally due to the repeated killing of her fetuses. Triggered by the revelation, Jayesh decides to end the series of foeticides and bring their child to life.

Jayesh’s motivation to save the fetus becomes incomprehensible in the light of the fact that he was complicit in five previous foeticides, which lays the foundation of the narrative. One can argue that perhaps a threshold was reached, but even when this argument is accommodated, it can’t be ignored that Jayesh is trying to save the child only because they won’t be able to get pregnant after this. The fact is his trigger. The fact didn’t exist previously.

Shalini Pandey is reduced to a doll with less screentime, fewer dialogues, and continued dependency. The daughter, Siddhi, played by Jia Vaidya, gets to speak more than her and contributes significantly to the arc. Ranveer Singh knows the craft of acting but has inefficient control of his energy. His mannerisms are inflated as if he is always trying to stay in the body of an archetypal Gujarati. Boman Irani and Ratna Pathak Shah perform ably, which isn’t a matter of surprise. 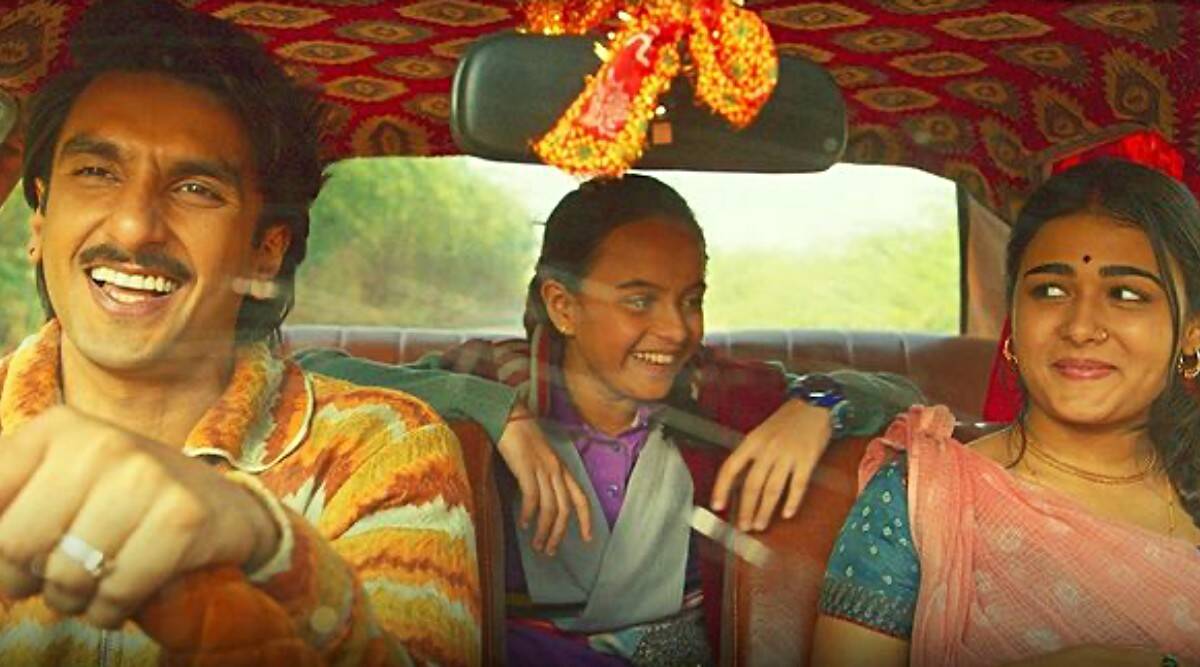 Films with social messages get registered almost uniquely because most of our commercial films remain detached from society. It is an active ignorance toward everything that plagues our reality, so our characters don’t suffer unless they belong to a social-issue film. Ignorance isn’t political neutrality. Political neutrality rejects association with both sides of the spectrum. Hindi commercial cinema is made to appease both sides of the spectrum, but a greater degree of appeasement is sought wherever the majority is. This is why producers continue to impose their wants on the audience, citing this is what is wanted.

If my understanding of a social-issue film serves me right, it must probe into the complexity of the problem, the extent of its prevalence across temporal and spatial dimensions, and its conflicts with modernization. Jayeshbhai Jordaar attempts to insert several misogynistic customs into the narrative to highlight that all this happens but creates humor from each of them. No, it doesn’t satirize any. It merely creates an environment where sexism and orthodoxy can look and sound funny. It is the exploitation of problems for personal gain without caring about the conversation that must be generated toward a solution.

Jayeshbhai Jordaar is also confused with its politics. There comes the point in the film when Ranveer gets a monologue. It is a loud sequence to establish the male hero and allow the “super” star to prove his acting abilities. The monologue makes no sense. Simplicity can be profound, no doubt. Jayeshbhai Jordaar mistakes idiocy for simplicity and advertises it. I compare it with Amitabh’s monologue in the court from Jhund. That was a conscious effort to utilize an actor as a channel to communicate an ideology.

But most importantly, it was also to get simultaneously endorsed through the performer’s image in our culture. Jhund needed it for amplification. It also deserved it because Amitabh was not the center but a part of the crowd. Jayeshbhai Jordaar didn’t need it because the message itself was a cosmetic expression of confused ideas of no political character. Jayeshbhai Jordaar didn’t deserve it because it is overwhelmed by Ranveer Singh anyway.

This film has a few moments of entertainment, but I am choosing to not talk about them. They comprise the least a film should provide for investing your time in it.