Pets are often looked at as cuddly creatures. They are seen through the lens of cutesiness along with the emotional support they bring to our lives, the way they brighten our moods and uplift our spirits. But they are hardly thought of from the angle of responsibility by anyone who has not parented or taken care of a pet on their own. ‘Pet Puraan’, a Marathi-language show directed by Dnyanesh Zoting, which started streaming this weekend on SonyLiv, finds its story in a similar couple who plans to bring home a pet for its cutesy appeal. However, the show does not stop at being about pet parents. The writing attempts to bring to light some other topics of discussion.

We meet an urban couple that has come from two parts of the state of Maharashtra and migrated to Mumbai. Aditi (Sai Tamhankar) is a finance executive, and her husband Atul (Lalit Prabhakar) is a chef at the local restaurant. We meet both of them at a family function, greeting their relatives along with Aditi’s family. Her younger sister was about to have a baby, and they were having a ceremony similar to that of a baby shower. Since Aditi is older and has been married for longer, her relatives incessantly question her about when she will have a kid throughout the ceremony.

The scene is tailor-made to illustrate the situation in our country that is so infatuated with appropriating marriage with the function of reproduction that any diversion is considered to be abnormal. No choice is allowed to a couple and every single thing is supposed to go the way it has been going on for centuries. ‘You would get lonely otherwise. Who would take your care if you don’t have children?’ Such concerns are raised to appropriate the age-old traditions that need not be followed. The traditional norms also make the intercaste marriage between Aditi and Atul seem like something revolutionary when it is just two adults forming a consensual bond. 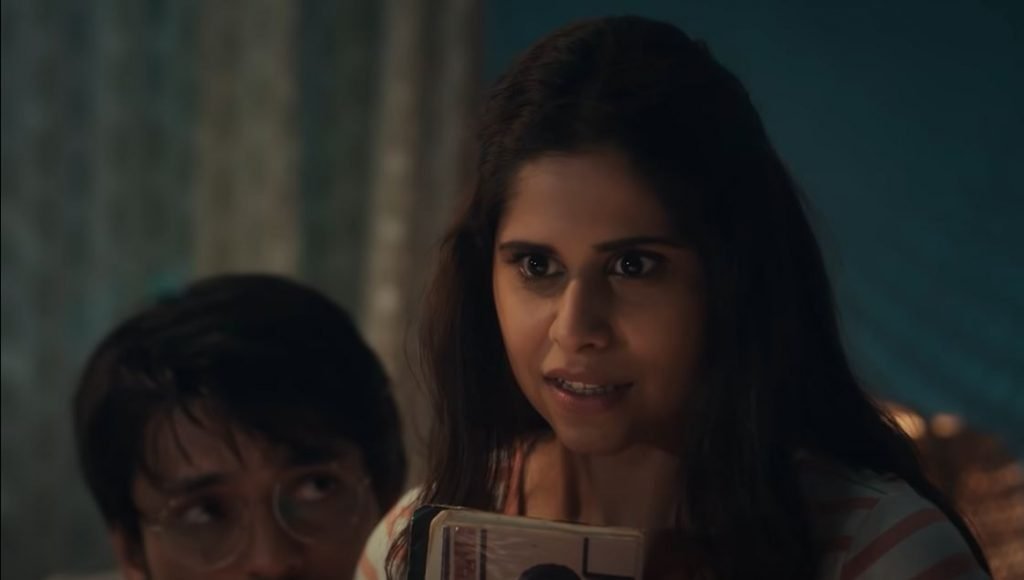 Such a couple comes across a pet of their neighbor and plans to get one for themselves. The traumas and memories they have in regard to pets resurface in the present. The emotional or faith-based connections in the couple’s lives make them shift from choosing one animal to another as their pet. Be it a cat or a dog, their preferences reflect some of the prejudices that they were trying to move away from with their marriage. From bringing home a pet as a cuddly creature to understanding the responsibilities and love that come along with it, from joking about other people being annoying pet parents to being one themselves, their journey becomes one that is relatable for an urban couple who may fall in a similar conundrum.

Through the couple’s story, the script navigates the mindset of these urban couples and the place that a pet can hold for them. The distinction between a human being and an animal done by people becomes the crux of the story and handles its heavier themes in a breezy, lighthearted manner. The humor makes the show consistently engaging and rewarding as an entertainer. However, I believe one has to know the language to understand some of its dialogues that get lost in translation. Be it the local pop-culture references or the phrases limited to the language, the comic bits may not hit the mark that it does for someone who is well-acquainted with it.

Checkout – The 10 Best Dog Movies Of All Times

One of the music tracks being used is a school poem – ‘Chhote se bahin-bhau, udyala mothale hou…’ which roughly translates to ‘We the little siblings, a sister and a brother, hope to grow (literally and metaphorically) in the future’. Aditi and Atul are also learning the sense of responsibility as adolescents while raising a cat and a dog that will grow together. While the translation can describe the subtext, the people who would have recited this poem in their early years would resonate with the hilarity of its use in this situation.

Be that as it may, ‘Pet Puraan’ certainly makes its charming affair of relations become wholesome entertainment. And the credit also goes to its fantastic cast, who bring their own comic strengths to the table and deliver the dialogues with great timing. Performances by both the lead actors, Sai Tamhankar and Lalit Prabhakar, and their mutual chemistry, make the comical bits much more impactful. The cinematography adds to the way the comic bits are presented to us. The camera positions its characters and presents the situations in a manner that doubles the comical impact. While the show appears largely like a lesson in pet parenting, it weaves the titbits in an organic manner that may involve cliches but does not seem far-fetched.

Top Benefits of Online Casinos that Players Should Know