Great Freedom (2021) Review: 1945 saw the end of the Second World War, the end of oppression of the Jewish at the hands of a maniac. However, it did not bring an end to all oppression. 1945 saw the liberation from the atrocities of the concentration camp. But, a different kind of atrocity continued to rampage lives of another section of German citizens well through the next couple of succeeding decades. In Germany, in both pre and post-war versions, Paragraph 175 of the German penal code subjected homosexuals to persecution and dehumanization. For the queer community, the oppression never ended in 1945. The end of the war merely changed the hands, dishing out the punishment.

In Sebastian Meise’s nuanced but evocative drama, ‘Great Freedom,’ Hans Hoffman (Franz Rogowski of Christian Petzold’s 2018 film ‘Transit’) goes straight to the jail from the concentration camp. His crime of being Jewish is succeeded by his crime of being a gay man. What follows is a story not only of the plights of a homosexual man in a largely homophobic world but also a story of acceptance and solidarity in the name of humanity. If the price for that is sacrificing the previously drilled perception of the world, so be it.

With co-writer Thomas Reider, Meise navigates through three time periods of Hans’ life. 1968 acts as Hans’, and consequently the film’s, present. When reels of footage of men cruising around a public restroom for covert sex were shown in the opening scene, you would feel the palpable tension of something ill befalling them. And lo and behold it does. The film always keeps this tension alive throughout its moments of tenderness. This intermingling of love and violence is the essence of ‘Great Freedom’. This is where we are introduced to Hans, a known ‘pervert,’ by the logic of Paragraph 175. Hans’ ‘Deviant activities’ have also gotten him in trouble. As he goes to jail, we see him encounter an older inmate, Viktor (Georg Friedrich). 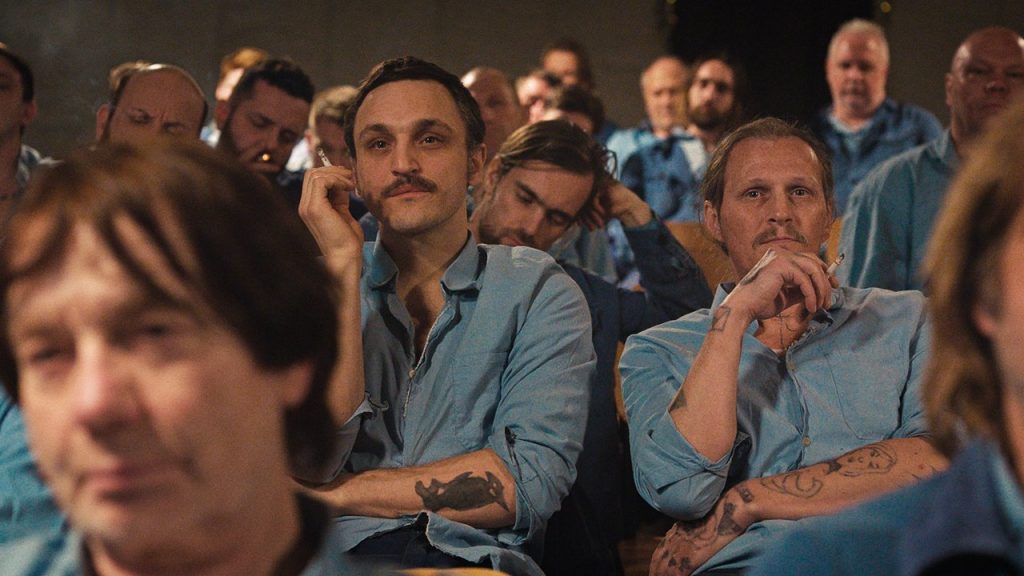 It would not take much to realize that Hans and Viktor are no strangers to each other. With smooth transitions (Editor Joanna Scrinzi deserves plaudits here) between 1945 and 1968, ‘Great Freedom’ paints the picture of unwarranted friendship under the weirdest of circumstances. Hans and Viktor were cellmates when Hans was transferred to the jail from the concentration camp. The brutish and noticeably homophobic Viktor did not want Hans as his cellmate. His determined conviction towards not being touched by Hans gradually falters as the two men bond over cigarettes and tattoos.

One of the crucial feats of the film is how universal and natural the portrayed relationships are. The third time period showed Hans at his most earnest self. Set in 1957, this time period focuses on Hans’ second instance of being jailed. Along with his live-in partner, Oskar (Thomas Prenn). Meise here captures love at its most organic form and violence at its cruelest. The pain of separation at the blossoming stage of romance is heart-wrenching. To such an extent, even the otherwise publicly reluctant Viktor could not help but be swayed by it.

The relationship between Hans and Viktor is the cornerstone of the film. The fluid nature of the relationship, from acquaintances to mutual benefactors, from friends to lovers, is compelling to explore and watch. Both Rogowski and Friedrich are superb in their acts. Rogowski, especially, brings a restrained fearlessness in Hans, which gradually moves towards tacit acceptance of reality. Friedrich’s Viktor is volatile and continuously figuring himself out, yet genuinely reciprocates Hans’ affection.

Along with being a stellar entry in the Queer cinema database, Meise’s ‘Great Freedom’ also explores the idea of freedom. It tells that in prison, our protagonists are free only when they are being punished. For instance, to catch a moment of tenderness Hans and his lovers needed to be thrown outside of their cell for not following night watch protocols. It becomes difficult to accept freedom when it is denied for so long. ‘Great Freedom’ has a subtle and poetic end where Hans chooses confinement, despite being gifted the freedom he has craved for a long. Freedom without love and humanity is meaningless, not just for Hans but for most of the world.