Phoenix (2014) opens at night, and we follow a car carrying two Jewish women past a military checkpoint into Berlin, Germany. It is sometime after World War II has ended, and we soon come to know that Nelly (Nina Hoss) is a concentration camp survivor from Auschwitz. However, her face has been completely disfigured and shall require a reconstruction that will never be able to restore her old face.

The doctor, in trying to console her, says that the least he could do is to lend her a semblance of how she looked before she was sent off to the camp. Eventually, as Nelly and her ex-husband, Johnny (Ronald Zehrfeld) live, walk around, and try to reconstruct their lives and their relationships at the backdrop of the architectural ruins of the city of Berlin, Christian Petzold holds up the fragmentation – physical, psychological, and geopolitical – as experienced in the aftermath of World War II; through carefully crafted visuals, and a compelling storyline.

Berlin is in ruins and is still coping with the effects of the war. In a particular scene where Nelly is out on the streets at night in search of Johnny, she follows a young man and woman into a dark alley surrounded by a pile of bricks from destroyed, or blasted, buildings. In another scene, Johnny and Nelly stand in a street in front of a dilapidated mass, what once used to be their home before they were struck by the war’s effects, and Johnny recalls the events preceding Nelly’s capture by the army. 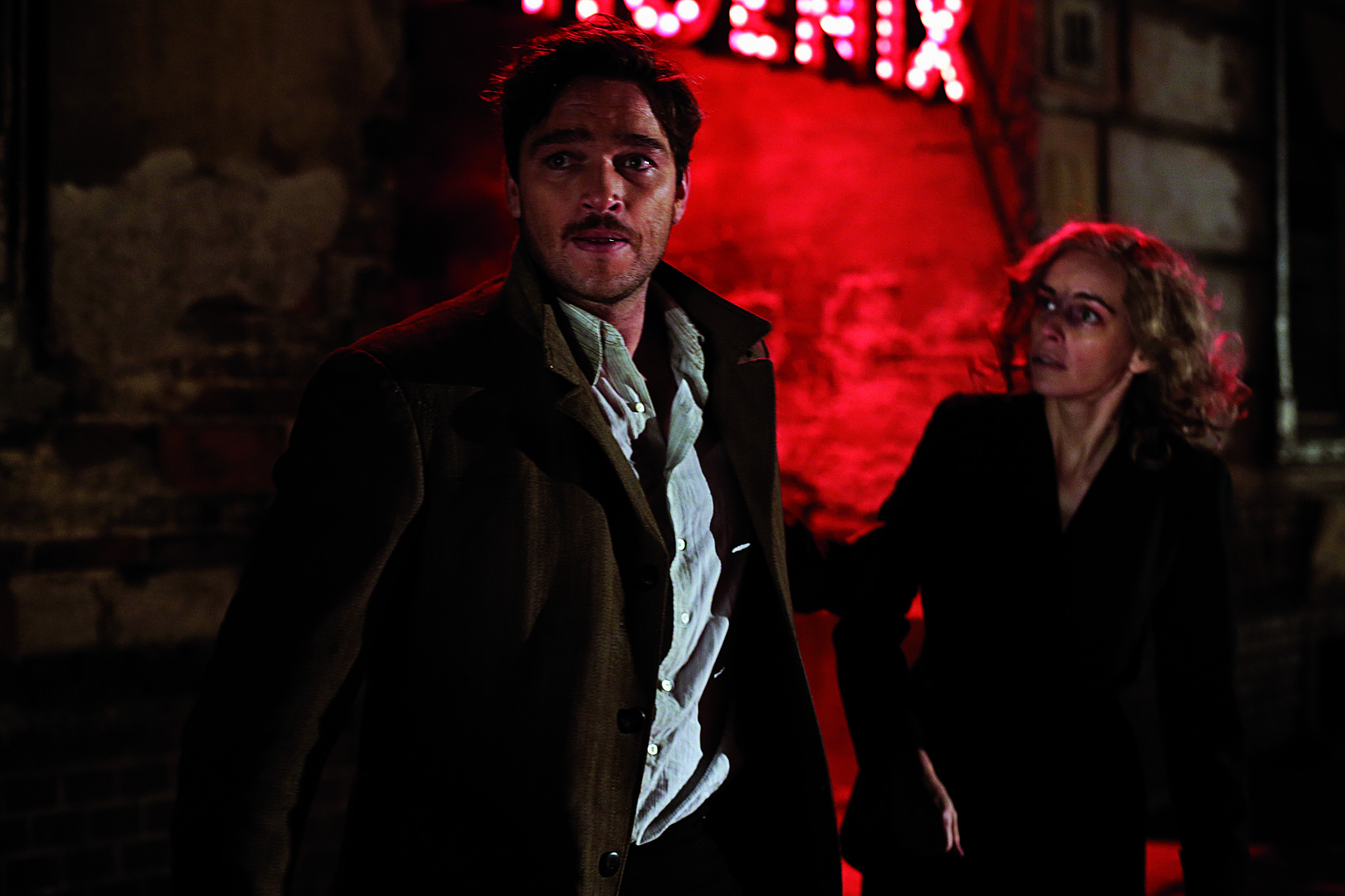 The city at night is uncannily dark, despite few street lamps which continue to shed light upon the living carcass that it has been transformed into. However, what is absolutely horrifying is the nonchalance with which life seems to continue, especially around the hellish, neon red-lit Club Phoenix where Nelly earlier worked as a cabaret singer. The constricting, underground apartment, almost looking like a bunker, where Johnny lives testifies to the economic difficulties that struck most people after the war had ended. There is also something frightening about the beautiful interior of the house and the picturesque locales that the characters navigate through are juxtaposed against the broken city of Berlin.

Nelly, who identifies as Esther now, not only undergoes medical surgery to restore her face, but also plays along with Johnny’s efforts at trying to mold her into his ex-wife, and her real pre-war identity, Nelly. She is caught between playing herself as a character and becoming a person. These differing individual identities that piece her character together are further nuanced by the experience of trauma from her stay at the concentration camp.

She is fragmented, physically and mentally, into pieces that struggle to coexist, but ultimately give way to a complex whole. In a conversation with Lene (Nina Kunzendorf), Nelly mentions that she feels like herself again, and sometimes when Johnny reminisced about Nelly, she was jealous of her own self from the past. This set of dialogues, among many others, quite clearly draw attention to the fragmented identity that she was inhabiting at any given moment.

In a moving scene, Johnny tells her that she needs not convince him as the character Nelly, but the group of friends they would be meeting in a few days at the train station. To make it seem realistic, he proposes to mark her arm with the tattoo that every concentration camp member was stamped with. The entire film can be read as a journey that Nelly undertakes, only to arrive at the climax like a phoenix – a completely new person in spirit, but dolled up in her old appearance. 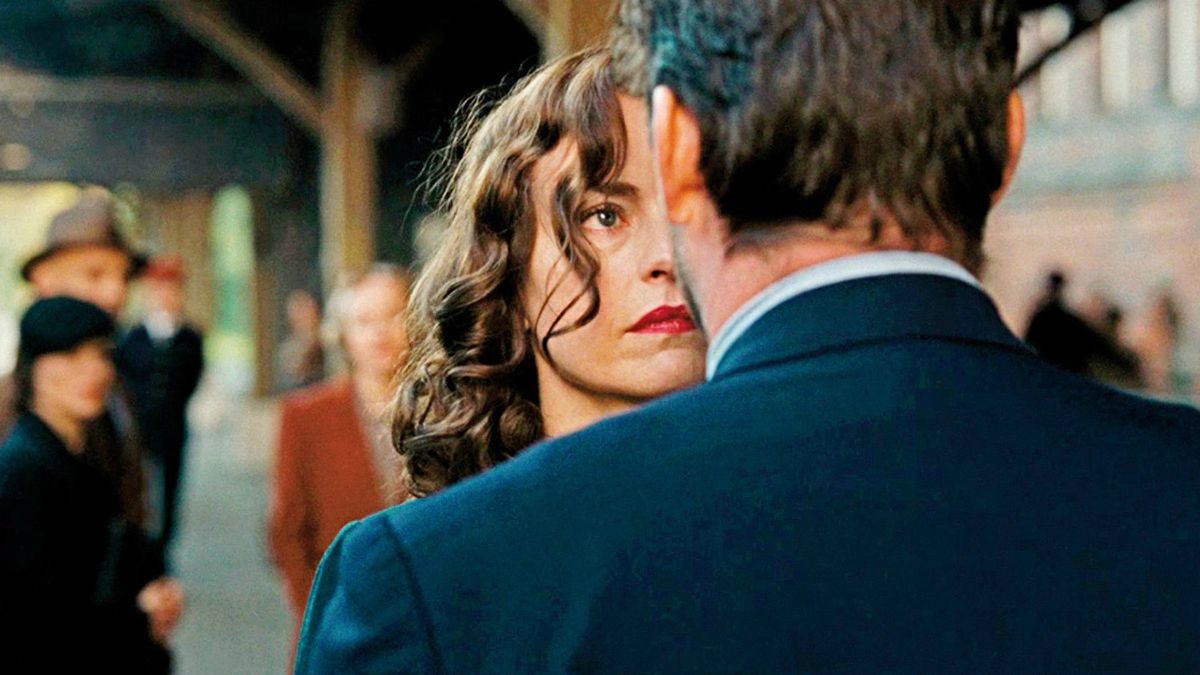 Relationships occupy the heartbeat of the film. At its crux, we see Nelly trying to re-bond with her ex-husband and, at the same time, we find Johnny trying to bring out his ex-wife through Esther, Nelly in disguise, a woman who he believes bears an uncanny resemblance to her. However, it is love that drives Nelly’s efforts directed towards the restoration of her relationship while it is the desire for monetary gains that drives Johnny.

It is not difficult for the audience to recognize that the moments they spend together throb with unspeakable tension. In a scene where both of them kiss in public in the pursuit of hiding Nelly’s face, the tension momentarily gives way to a glimpse of how their previous relationship might have been. However, the jolt of reality sets in too soon, and they go back to carrying around the incomplete halves of their relationships. The twist-in-the-tale occurs when we realize that Johnny might or might not have let the army in upon Nelly’s secret hiding spot, furthered by the discovery that he had already divorced her prior to her arrest. Therefore, their fragmented relationship might not necessarily be a product of the war but does surface only due to their respective experiences during the war.

Another important fragmentation occurs in the character of Lene, Nelly’s friend, and through her, it universalizes the character of every living Jew in post-war Germany. In a letter addressed to Nelly, she confesses that she felt closer to their deaths than their living, and found her path forward to have been closed off. She expresses constant anxiety throughout the film, wishful of going away to Palestine for their safety. The vulnerability shows through her constant distrust towards Johnny, to the extent that she says she would have agreed to help Nelly shoot him dead.

Petzold’s unique perspective in Phoenix (2014) might have opened up a forum for discussion about new holocaust cinema. I had once read that his films are like dances in which people circle each other, but never quite connect. Part of the trilogy that he claims to be titled as “Love in the Time of Oppressive Systems”, Phoenix shows an empathetic understanding of the consequences of World War II, and is part-historic and part-poetic in its treatment of the theme of fragmentation as an everyday reality.