I had watched a couple of Kiarostami’s films early on in my life and I wasn’t very enthused by his linear storytelling, long takes and mundane landscape shots. To an extent that I didn’t bother with him again till I stumbled upon ‘Where is The Friend’s House’ quite recently. Cutting the long story short, let’s just say that I have never before felt more embarrassed about my perception. I was immediately swept off by the poetic fluidity in the narrative, the vigor in the aesthetics, the multi-layered storyline, and whatnot. So much so, that I just couldn’t stop after the one film and I went on to watch the Koker Trilogy in one sitting.

The three films are made in a meta fashion, where the succeeding one puts the preceding one in a fictional light. “Where Is The Friend’s House” is a story about friendship, empathy, and compassion. Whereas Life, And Nothing More… is a docu-fiction about the director of the previous film who takes an expedition with his son to find out about the welfare of his actors that appeared in his last film. This meta journey of the director takes place after the infamous Iran earthquakes of 1990. The last film of the trilogy, Through The Olive Trees, which is shot in a documentary style further complicates the narrative as it shows the documentation of the previous film (Life, And Nothing More…). All three films are a poetic reflection of life and yet all three films have different treatments.

Consider this essay as a small attempt to deconstruct the elements and the storytelling techniques of the decorated director rather than plain analysis. Because to completely understand Kiarostami’s art, it will take more than just watching his films. Since his art is a melange of Persian history and Pirandellian references merged with his genius craft of storytelling. But to say the least, the Koker Trilogy is considered one of Kiarostami’s best-loved works that were also the beginning of his international legend.

So, without any more dallying, here’s the Koker Trilogy explained. 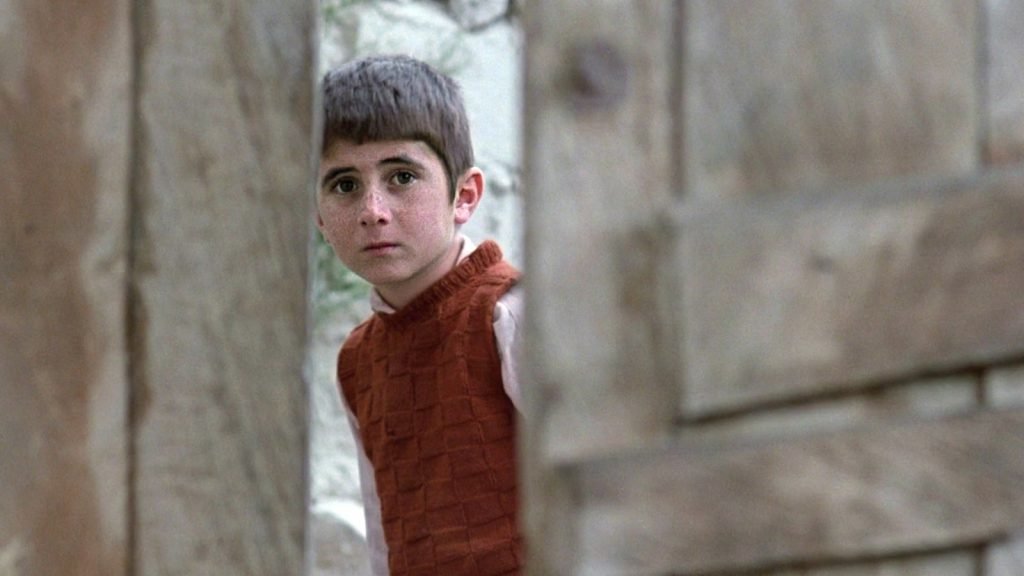 Released in 1987, ‘Where is The Friend’s House?’ is a deceptively simple tale of a young schoolboy (Babek Ahmadpour) who is in the quest to return his friend’s (Mohammad Reza Nematzadeh) notebook that he accidentally carried with himself after school, lest his friend would get expelled by his strict teacher for not completing his homework. The film is like a vintage video game where the central protagonist is given a mammoths task to achieve the objective but the course to it is laced with baffling obstacles, zig-zagging pathways, and unfathomable elders.

Under the gimmick of Ahmadpour’s helter-skelter run in search of his friend’s home, the film is a paradigm of the rural landscape of Iran and life in general. Lyrical, poetic, and almost flowing through the olive trees of villages Poshteh and Koker, the story captures the innocence and curiosity of childhood and talks about child morals and the principles that are inculcated in them from an early age. It’s also about how the reality of adults is different from those of children. And on closer inspection, you will notice how Kiarostami has tried to expose the hypocrisy of the adults. For example, Ahmadpour’s overriding sense of morality to return his friend’s book is not understood by his mother or even his uncle. Similarly, his urgency in wanting to go get bread before the bakery closes is not understood by his grandfather who deceptively asks him to get his cigarettes. Other than the generation gap, it is also a criticism of the elders who lack general compassion and understanding for their children.

Related to Koker Trilogy: An Essay on Where is the Friend’s House (1987)

Besides the brilliant narrative that keeps you hooked throughout, the film is replete with small nuances of Kiarostami’s technique. For a scene to occur in Act 2 (Ahmadpour meeting his classmate in Poshteh who tells him the way to Nematzadeh’s relatives’ house), the stage is set in the hook itself. The connection between the two boys is also established in the very first scene when Ahmadpour’s frightened eyes speak volumes about how scared he is for his friend’s awaited doom who is then being berated by the teacher. Sensitive and profound, Where is The Friend’s House is a delightful and the most beautiful manifestation of the ambiguity of life through the story of Ahmadpour and Nematzadeh. 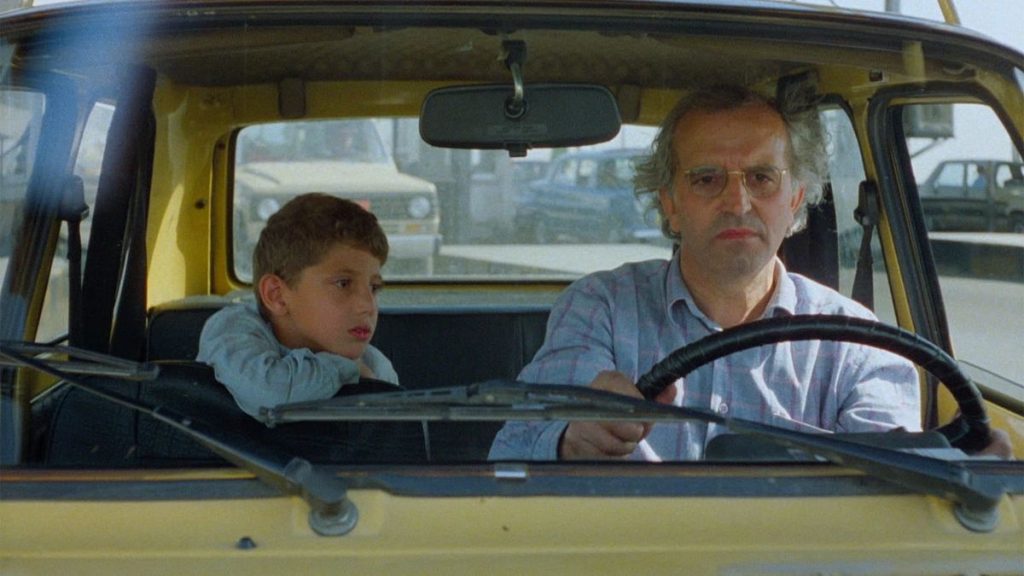 Life, And Nothing More, also known as And Life Goes On is a story about director Farhan Kheradmand who directed the previous film ‘Where is The Friend’s Home’. After the 1990 earthquakes hit Northern Iran and wrecked the village of Koker (where the film was shot), the director took it on him to travel to the village and find out the welfare of his child actors. The film is semi-autobiographical as Kiarostami himself traveled to Koker after the earthquake, but it has been shot in a semi-fictional style.

With the exception of minor stops to rest and release on the way, Life, And Nothing More is a long car journey of Kheradmand with his son Pouya, driving to the village. Other than a narrative trope, the journey in the car is also a metaphor for life which is in constant motion and goes on despite the circumstances. Kiarostami has shed light on the plenitude of life in contrast to the carnage it causes. It has small subtly infused incidences preaching gratitude in the face of distress. For example, Pouya had to throw away the soda he couldn’t consume while at the same time a suffering lady did not have anything to drink for her child.

Related to Koker Trilogy: Taste of Cherry: The Absurdity of Suicide

Besides being a portrait of courage in the face of hardship, Life, And Nothing More… also blurs the line between reel time and real-time, and fiction and reality through its cinematic experiences. Also, it is completely not disconnected from the previous film in terms of children’s morals. In a particular scene, Pouya is talking to a woman who had just lost her daughter in the earthquake. He goes on to repeat the prophecy he has heard from the elders in the car. This just goes on to say that children watch and learn, more than learning from what is exclusively taught. 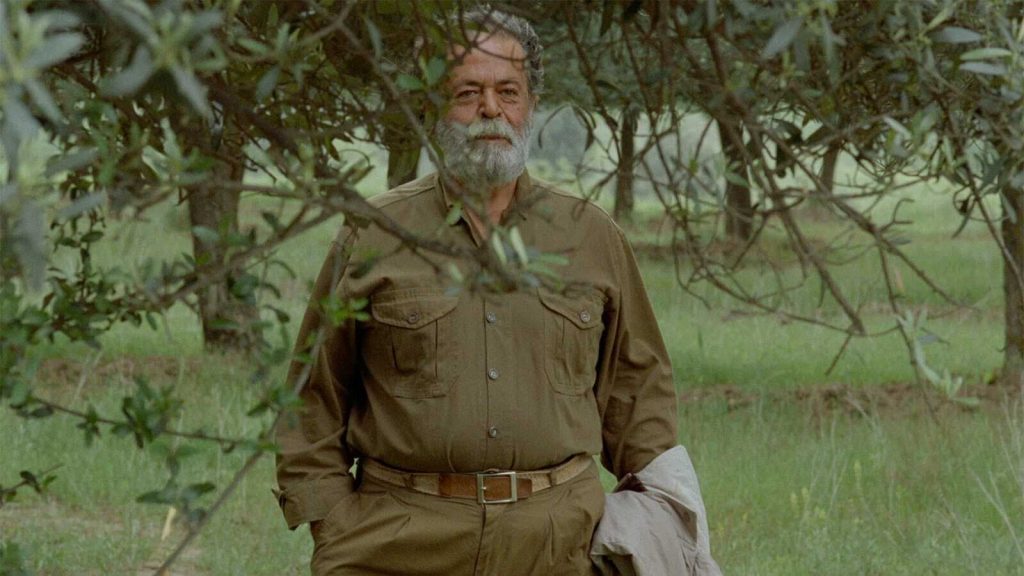 Through the Olive Trees is the last installment of the trilogy talking about the earthquake-struck and ravaged Northern Iran. Chronicling the events of the shoot, it breaks the fourth wall and is shot in a documentary style. This film shows the actual director Hossein Rezai who is shooting Kheradmand along his journey to Koker which we saw in the last film. This once again shatters the reality of the previous film and reduces it to a figment of the director’s mind. So many many instances that our heart went out for, and we thought were actual facts in Life, And Nothing More turn out to be fabricated fictional stories. The most popular example of this is the scene of the newlyweds who got married just a day after the earthquake because they thought life is too short to dwell and ponder over the past. Turns out, the episode was mere fiction and in actuality, the boy was a victim of unrequited love.

This episode also paved the way for the narrative of the last film. While we see Rezai directing Kheradmand on screen, we also cannot be oblivious to the fact that in reality, Kiarostami was directing Rezai. So to say in short, the first film was thrice removed from reality in the reel world because the reality of the predecessor becomes fiction for the successive films. Barring that convoluted element in the film, it is actually a more evolved story and has wholesome and strong-headed female characters. For example, the unreceptive bride Tahereh maintains silence to Hossain’s vows of love. However, her silence is not seen as a sign of her weakness but rather as her agency and restraint to not be just reduced to a muse (beloved) but stand her ground.

Through the Olive Trees is also more about relationships and human connections- the annihilated houses are juxtaposed with the human turmoils and emotional complexities. A brilliant artifice of storytelling, Kiarostami has used subterfuge to genius level and has interconnected the three films. This meta film technique not only makes us wonder if cinema is an imitation of life but also talks about interchangeability between cinematic reality and its interpretation. This one absolutely smashes barriers between actors and characters, characters and audiences and audiences and actors- everything is a deconstructed mishmash.

However, all said and done, Kiarostami still maintains that life works in its own ways and no matter that he spent three films in order to speak about people’s stories, no director could have absolute intervention in a person’s life. In the last scene, we see Hossein running towards Tahereh and then back, and although he was followed by his director, yet no one could see the eventual fate of Hossain. All we see is him running to and fro, to a definitive future. Yet we do not know if that future is happy or sad, does it have Tahereh in it or not. Where Is The Friend’s Home ends on a warm note in a moment of empathy, altruism, and compassion. Life, And Nothing More ends on another moment of hope, and partnership, and human connection. In the last scene, when we thought that the director would accept defeat, he comes back in the car, climbs the hill, and stops to offer help to the locals. Lastly Through the Olive Trees again, ends on yet another moment of human relationships, compassionate alliances, and just the general obscurity of life.