Everyone likes a good redemption story. A person fighting all the odds, getting over one’s hardships, internal battles, or indulgences – we can easily resonate with such a character arc. Raja Raja Chora’s protagonist goes through a similar journey with his indulgent, greedy and uncaring self. He rarely makes decisions based on logic or reasoning while showing a strong urge to be appreciated and liked. With his character at the center, the film achieves an ingenious balance between the comic elements and its emotional core.

The protagonist – Bhaskar, is played by actor Shree Vishnu (who was a part of another impressive Telugu-language dramedy called Brochevarevarura). He works as a store clerk at a local Xerox store. His life seems mundane on the surface with hardly any ripples changing the uneventfulness of his routine. At least that is what he presents to his wife, the owner of the said store, and most of the others he comes across in his daily encounters. While he tries to earn for the family, his wife spends most of her time taking care of their child and juggling the responsibilities of a mother and her ambitions to become a lawyer. 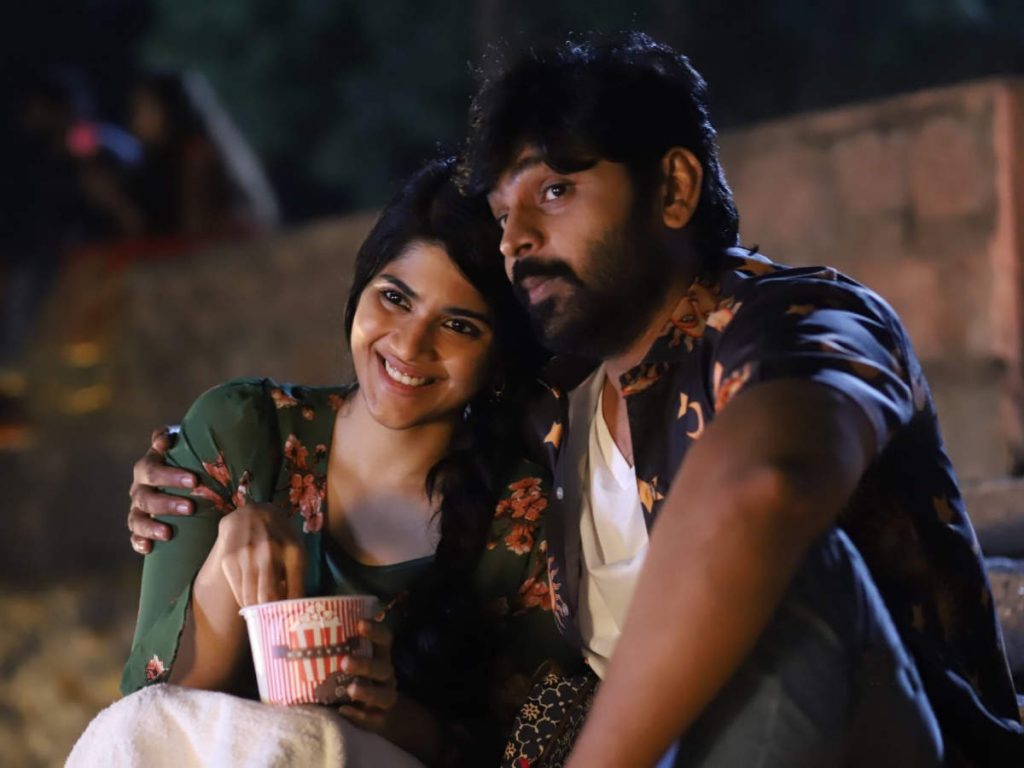 With his meager pay at the job, they struggle to even make ends meet. So, her goals seem secondary not just due to his lack of maturity but also as a result of his low income. Through this conflict, Raja Raja Chora makes a resounding case for a common man – whose reason to earn is to sustain a basic living more than anything else. So, it becomes a survival-based narrative. The needs supersede the wants where having such desires in itself seems like a luxury.  Bhaskar belongs to the same crowd. He is one of such faces, who will often be overlooked. So his urge to crave money feels obvious since money itself has been a status symbol. So it becomes his pathway to gain respect from others.

To fulfill such desires for respect, Bhaskar seeks out options beyond his family members. His affair is a result of the same want. In this pursuit, nothing appears morally corrupt to him. Be it a momentary thrill of thievery or tricking someone for personal gain, he does them with the hope of reaching another level of status.

However, his acts in this film often fall on the grey areas of the moral compass where his tendency to gravitate towards the conventional bad – has its own genuine, resonating reasons, which are deeply rooted in the ways of today’s world. Due to this, even in its caricaturish comical moments, Raja Raja Chora keeps its empathetic side intact. Because somewhere deep down, we all know these characters. Either we have seen them around us or we have been them ourselves. So when a saleswoman at a gift shop puts on a façade to hide her actual work details or when a police officer tries to rise in the ranks, we understand why they act the way they do.

The film focuses more on the impact of Bhaskar’s actions than the action itself. Through a process of evaluating the negative consequences, he comes across many facets of himself. This in itself lends a helping hand to the character’s growth and the redemption arc. A process begins within him to see the deceptive trickster thief working on his whims as a side of him that he needs to abandon. He discovers the value of responsibility and genuine care by the goodness in people around him. The same goodness baffles him and makes him feel the guilt of his actions. Despite such impulsive behavior, how are they still so nice to me? He wonders.

With the neatly packed dramatic moments, the film presents an understanding of his pathos in a non-judgmental way. While doing that, it also manages to switch into its slapstick moments without any issue of jarring tonality shifts.

And entertainment is never an issue with Raja Raja Chora which it promises in almost every single moment. In this hustler’s narrative, the makers present an interesting interplay of diegetic and nondiegetic sound, which brings momentary humor. But it also sets an interesting mood as a funky fusion of the past & the present – with the traditional & the hip. The king’s costume does not seem out of place as a result of similar creative decisions.

Stream it on Zee5