How can a lazy reviewer show his appreciation for a slacker comedy? By not reviewing it? I thought I’d do something meta with Relaxer – A guy sits on a couch for months trying to finish the review of a movie about a guy who sits on the couch for months trying to finish the infamous 256 level of Pacman. That would’ve been lazy. But this time, I actually have something to say about the movie. Besides, I’m tired of gimmicks. How many times am I going to talk about myself instead of the movie?

Relaxer is fucking nuts man! That’s my review. All of it. But I’m gonna expand it into a 700-word essay because that’s more acceptable. Every Joel Potrykus movie is about losers who avoid responsibilities and leech off the others. They’re broke, they play video games, drink a huge quantity of soda, and they always survive. 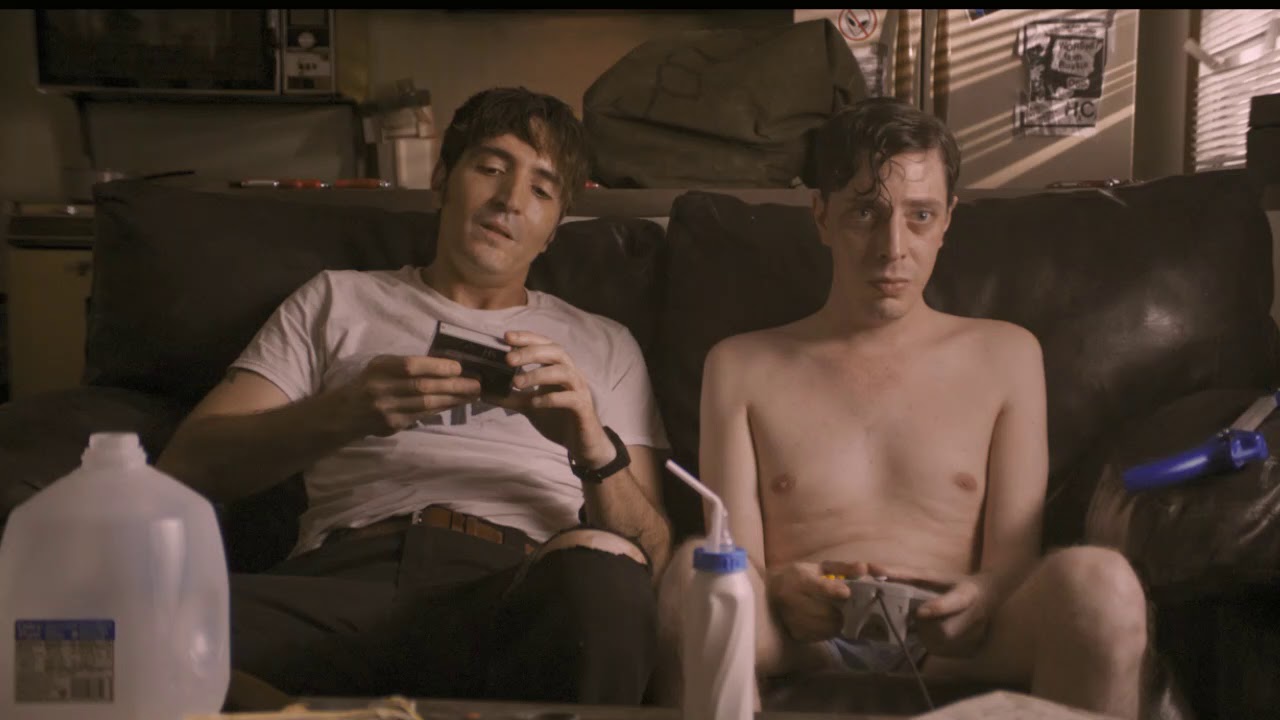 In Relaxer, a dude is forced to sit on a couch and play video game forever. If he beats the game, he gets $100,000. It’s a survival movie for the modern generation. We’ve learned to survive without having to leave the couch, just consuming all day in hope to gain a superficial reward. You sit on a sofa long enough, you become a part of it. You become a couch, dead to the outside world. It takes 3D glasses to see through that bullshit, to rise against the system that forced you to play the game you were never going to win. That sounded pretty philosophical! If you can’t find subtext in a movie, just say it’s about capitalism. It works.

I love how Relaxer subverts the tropes of survival genre. The premise itself is bonkers ‘cause the protagonist isn’t actually trapped, he decides to be trapped. Just the idea of a slacker trying to survive makes for an interesting fish out of water scenario. And Potrykus goes all out this time. This film escalates like a motherfucker. It’s difficult to keep things interesting when the whole movie takes place on a couch but Relaxer never gets dull. It makes me wonder though, what’s next? I won’t be surprised if the next movie of Potrykus is just close-ups of Joshua Burge’s face. 90 minutes of just him eating spaghetti or sandwich. Throw in some weird masks and I’m in.

For Abbie (the protagonist), life is a series of silly challenges. Like chugging a gallon of milk. If a normal person tries to down a gallon of milk over short intervals, his body would probably reject it because the human body can only take so much lactose. Watching Relaxer is a bit like chugging a gallon of milk. It might be too much for some. It’s not really pleasant or easy to digest. But we watch it for the same reason we attempt those silly challenges. It feels rewarding afterward, even if you throw up. Sometimes sitting through the self-imposed entrapment is all we can accomplish in life.

I’ve noticed a pattern in the work of Joel Potrykus. All his movies are about wounds, both physical and psychological. These wounds don’t heal, they only bleed open and spread the infection. But they all have something that helps them survive despite the nasty wound- a Nintendo Power Glove or 3D Glasses. These are the sacred objects that give slackers superhuman strength. At least, that’s what they think. 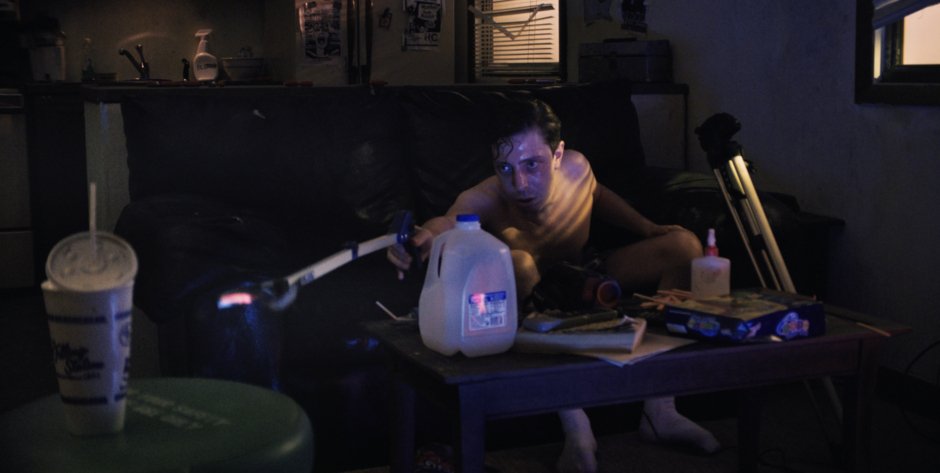 If you’re watching Relaxer or any movie, know that there’s an apocalypse happening outside. People are dying. But you’ll survive, as long as you’re glued to the screen, watching that movie or playing that video game. The same obsession that helps us survive destroys us.