Does art need a representation to exist? Can you take the face away that produced something, give it another one, and will the work still garner the same response? Yesterday (2019) falls into what one could call as soft-speculative fiction. The tale is reminiscent of the oeuvre of spec-fic master Robert Heinlein.

In the film, Jack Malik (Himesh Patel) is a struggling musician, who is on the verge of giving up his dream of becoming big. On the night after yet another miserable gig, there is a worldwide power outage, during which he meets with an accident. After a chain of events, Jack finds out that he is the only one to remember the Beatles and their songs. Post the outage, the Beatles never existed for the world. The allied troops losing the war, Fleming failing to develop the first antibiotic, etc. are similar tropes which are close to the heart of SFF authors. The bug seems to have caught on to screenplay man Richard Curtis.

The premise in Yesterday (2019), however minimalistic and whimsical, is exciting. It provides the same rush as a grisly zombie flick. We know what’s to come, we know how it might possibly end, yet we want to see every remaining human turn into a walking cadaver. Folks with a fertile imagination might even claim that Yesterday (2019) takes place in a parallel universe where these talented bunch of kids never met, and that only Jack and a few others have been transported to their actual selves.

In what seems to be a predictable sing the hits, strike the gold, and confess your guilt story, the film takes a turn midway into a more internal struggle. Can one emotionally get away by replicating the greatness that were the Beatles, in the most blatant way possible? Taking the face away, taking the personality away, taking the milieu away, can the songs still make such an impact? 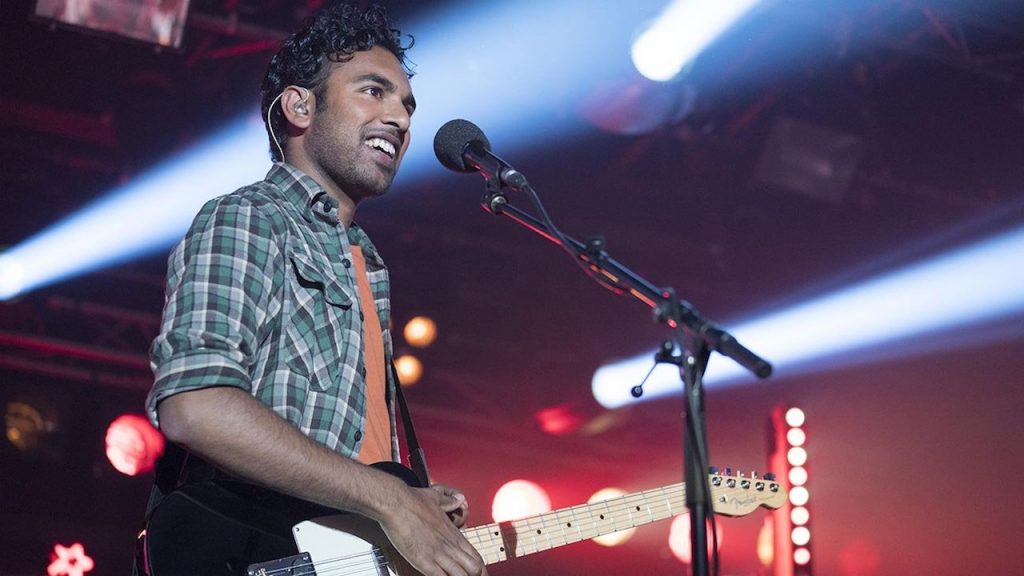 Yesterday (2019) metamorphosizes into a Richard Curtis cutesy romcom, and all serious aspirations conveyed in the last eighty-odd minutes make a disappearing trick; vanishing into thin air, just like the Beatles! Once this happens, it’s déjà vu. It’s Love Actually. It’s Bridget Jones’s Diary. It’s Notting Hill. At this point, Boyle pretty much decides to sum up the film with Lennon’s five words – all you need is love. Subsequently, there are moments of salt-shedding from the lonely hearts, lipstick smudging from the corner lovers, groggy audience wondering if someone could drive their car, and the collective indifference of the rest saying Let it Be.

One thing is certain that Boyle seems to have absorbed the tricks of Bandra and beyond at his time in Bombay. There are situations in Yesterday which seem to have descended directly from the minds of heartache specialists Imtiaz Ali and Karan Johar. In fact, moments in/about cars, trains, and flights drive the story. There is even a scene when Jack has to reach Ellie before her train leaves, making for an almost DDLJ-esque sequence. Yesterday is filled with goody-goody Bollywood moments which make you want to break into song, with hits like The Long and Winding Road, Let It Be, Yellow Submarine, and the list goes on. This actually becomes a point of annoyance.

With the build-up of a succulent plot, and then the tanking to the “I miss you and I can’t help it” angle, all that was required to reassure us, as a viewer, that whatever happens, you can sing along, take a sad song and make it better. No, why? Yesterday (2019) is first degree clickbait. And it doesn’t make it any better when you leave the theatre humming Hey Jude, thinking did I just watch a film?

Having said all of this, it would be fun to see Yesterday (2019) grow into a franchise. In this parallel universe where Coca-Cola and cigarettes don’t exist, it wouldn’t be too much of an exercise for Curtis to extrapolate the script for sequels like ‘Diet Coke’ and ‘Navy Cut’, where start-ups are formed by reimagining the secret recipes of these products. Yesterday is a daydream.

For someone with a lot of time on hand, visit your nearest park, gaze at the sun, and let your mind wander. You are Jack Malik, and you know all of the Beatles’ songs, heck it could even be your favourite artist! But the world doesn’t. Think of the endless possibilities. The film reflects in this mind space of things. As a packaged dream. As a first-person experience of greatness, but only to phone a friend your way into the heart, and getting the expert to tell you, true love is true love.