Remember when your mom told you the reason you failed was because “they’re just jealous”?
Well, this is the cinematic version of that, a two-hour pep talk starring every Tumblr quote in existence. 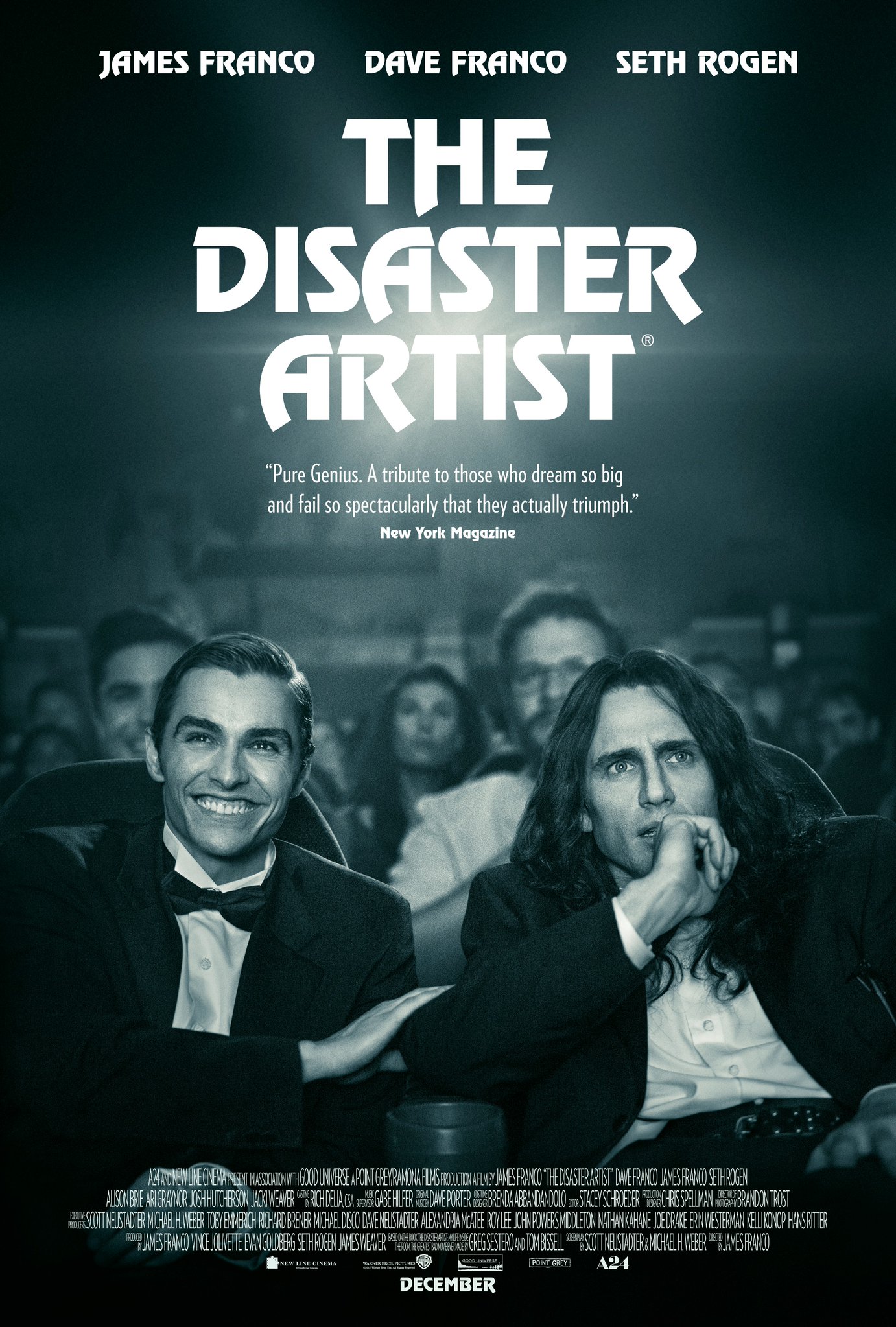 We’re getting ahead of ourselves. So what’s the story?
Crowned Prince of anti-charisma and self appointed outcast, Tommy Wiseau is befriended by Greg Sestero, another aspiring actor who wants to make it in Hollywood.

Failing to get cast in anything, they decide to make their own film, a staple of how not make a movie simply known as The Room. 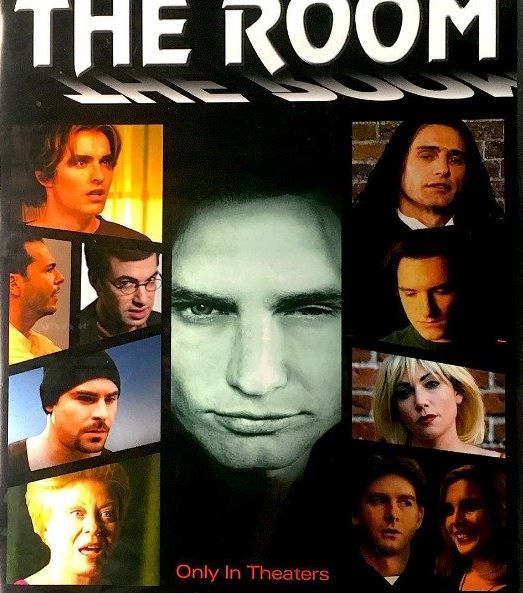 Sounds interesting, right? But why wasn’t it?

In a nutshell, I think The Disaster Artist is competently made but not the least bit compelling.

As a biography, it’s accurate and faithful to the source material, but as a narrative, it’s underwhelming and problematic.

The thing is, it’s a bit tricky to evaluate The Disaster Artist as a stand-alone product. Without the back-story, this movie is just another underdog story with a few feel good moments and a bloated resolution.  Hell, it’s advertised as an “endearing tale of friendship and following your dreams”. It doesn’t get more Hallmark than that.

And here’s my first gripe with the movie. What is it trying to accomplish?

Is it simply a recollection of the how The Room was made? Or is it a profile on Wiseau?

If it’s just a behind the scenes look at the cult classic, it’s not very eventful. I mean, nothing crazy or unexpected happens. You’ve got the usual beats of a cheesy, “I did it, so can you” type of movie without anything that stands out. Kubrick psychologically terrorized his actors, Wiseau was kind of a jerk sometimes…

Is it a closer look at Wiseau, then?

Well, if it is, it’s not a sympathetic one.

I think we’re supposed to feel sorry for him or something. And if that’s the case, I’m compelled to ask what for; the fact that his movie sucks or the fact that he was commonly rejected?
If it’s the former, yeah, criticism can hurt, but it put him on the map, so where’s the problem?

If it’s the latter, the “issue” seems pretty manageable.

Obviously, presentation outweighs talent in the entertainment industry, so someone of means can easily afford the right services to rebrand his/her persona to be more marketable. So if Wiseau is “outcast” because of his accent and hair, he can hire a speech therapist and stylist.

What bothers me the most is how Tommy is framed in The Disaster Artist. They build him up to be this doe-eyed dreamer “whose passion was as sincere as his methods were questionable”.

That may be true for The Disaster Artist’s version of Wiseau, but The Room’s version does not fit this description at all.

This movie was a hate child of “I’ll show them” and “nobody gets me” as orchestrated by its ever so bitter director/producer/screenwriter/leading actor.

Wiseau wasn’t motivated by a “sincere passion”, he was motivated by spite and occasional malice. His work on set seemed draining and miserable. Contrast that to the sheer infatuation another famously bad director, Edward Wood had for cinema.

Plus, he’s a bit of a hypocrite.

Parading as the patron saint of pariahs everywhere, Wiseau spent a lot of time blocking other people’s ascent to success. A lot of content creators had their YouTube reviews of The Room flagged and taken down by him. 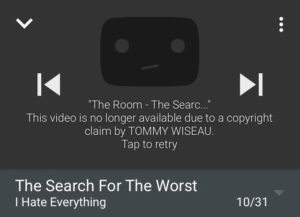 On some level, I understand his motivation. First tries often suck, so naturally, you’d want to get rid of it even it just. Keeps. Coming. Back.
But maybe take it with a grain of salt?

Don’t get me wrong, this is by no means a bad film. I really liked the execution. James Franco really cemented his bravado as an auteur and you can read countless think pieces on how he weaved this thing together.

I just didn’t get the point.
I thought it was handled on a very superficial level. If the man behind the film or the process of the production isn’t interesting, why not venture into other avenues with provocative questions like what makes a ‘good movie’; the revenue, reception, or scholarly evaluation? Can passion substitute skill? And should it? Which is worse for a filmmaker: ineptitude or indifference?

Look at all of the untapped potentials here…

In the end, The Disaster Artist is not the greatest movie in the world. It’s just a tribute.

A nothing tribute to a nothing movie.

This movie is rated PG for Passion’s Great and all, but maybe sit for a few filmmaking workshops?