Hindi cinema has often been accused of glamorizing provocative issues like stalking or assault or non-consent in the name of love & love stories. The essence has enriched and changed over the years (for better of course) but all was not lost even during the darkest times of Hindi cinema.

And the few films that I’m going to mention here, have dealt with the emotion of love with utmost sincerity, respect, and sensitivity it deserves. These love stories might or might not be of the lead characters but have hoisted the spirit of the movie with immense dignity and passion. And I’m not even touching the wave of Parallel Cinema in the 70s & 80s that transported the Hindi movies to the shore of World Cinema. This list is mostly of commercial films driven by the star power. 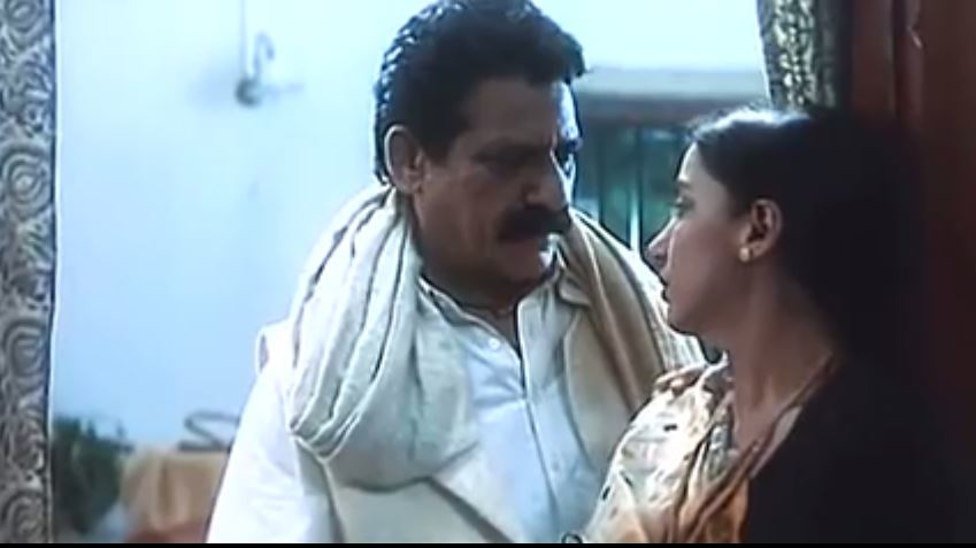 An annotation on the social & the gender injustice, director Prakash Jha valiantly infused so many nuanced layers to Mrityudand that it instantly became a very singular experience for the viewers. The film was a marriage between commercial & what we used to call, ‘parallel’ cinema. With melodious, popular songs and a commercial, legit, gigantic movie star (Madhuri Dixit), Mrityudand was a winner. But what carved the determined impression on my fragile mind was the tender, unexpected, unmitigated, and yet, almost inaudible love flowering between the middle-aged Chandravati (played deliciously by Shabana Azmi) and Rambharan (played with equal brilliance by Om Puri).

The texture of their romance was so real and transparent that you could almost touch it. It was a doomed romance from the word go, which was marred by ferocious social stigma and the structured moral internment, designed by society. And they both were very well aware of it but when your heart speaks to you, you LISTEN…nothing else matters. Their love was enormously liberating not only for these two characters but also for the audience; an extremely rare feat achieved on celluloid with just emotions and not with the words or action. The kind of compassion and indulgence writers, director, and the actors dealt with this romance with, was very intermittently seen before in the commercial Hindi movie space. And what makes it even more astonishing that this was a love story between two middle-aged people from a remote village in the state of Bihar. Watch it to believe it! 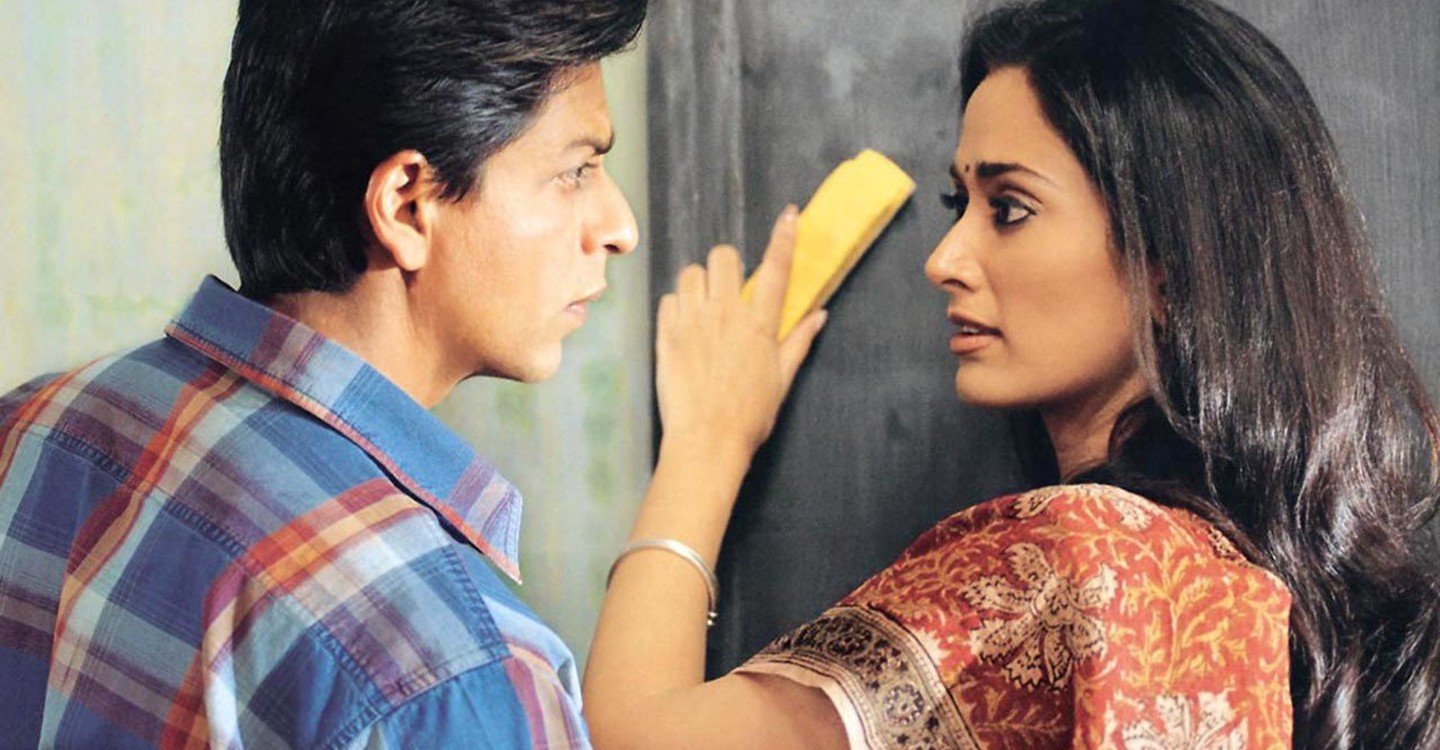 Geeta (played assuredly by the debutant Gayatri Joshi) is irrefutable, one of the strongest female characters to come out of Hindi cinema. A lone fighter, untouched by the urbanization, Geeta is a highly educated girl, living in a small village by choice and whose confidence is alarmingly attractive. The lucidity in her vision and her ability to stand by everything she believes in makes her instantly likable. Hence it comes with no surprise that she was very vocal about her feelings for Mohan (played with an absolute restrain by Shah Rukh Khan).

The palpable undercurrent of their love was flowing since the very beginning of the movie but she turned it profound with her confession. So unassuming and instant was the confession that it took everyone by surprise, including Mohan! There was no anticipation, no frills attached, just plain “main tumse pyar karne lagi hoon” (“I’ve fallen in love with you”) out of the blue, in an otherwise quiet, mundane night…just like that.

Throughout the film, their romance never took the front seat or dissuaded the script from its true spirit. Never ever in a widely released Hindi film, the lead actor & actress shown to be razzing about urbanization, about issues at the grass-root level of rural India. Swades did it and did it with aplomb. And that’s why the romance between Geeta & Mohan is so effective because it never digresses from the inner fabric of the film. Over the course of the movie, their romance categorically bloomed but never out of proportion. Restrained, mature & practical, their love was all things essential. Their silent, intense love finally finds its voice after two and a half hours into the film and not by him but by her. Yes, it is as beautiful as it sounds, go check it out.

Okay, so this one is from the times when Hindi cinema has started making blockbuster movies about a perpetually constipated old man who also proudly declares in a party that his daughter is not a virgin! So including a love story from 2015 is not too much of a stretch because by then, Hindi cinema had metamorphosed, along with its audience. But Tara & Ved’s chemistry was too potent to be avoided in any list about love stories.

Similar to Love Stories in Hindi Cinema – Even After 4 Years, Tamasha Still Pushes You To Write Your Own Myth

The beauty of this romance lies in its dichotomy of being poetic and at the same time, relatable. We all have fallen hard for someone, only to realize later that they are NOT who we thought they were. That catastrophic feeling of loss, betrayal, and profound guilt was so gorgeously woven into the screenplay via Tara. And we all have a Ved, either in us or in our group. He is someone whose passion has been burdened by life and he has concurred & surrendered to it quietly. These emotions are so relevant that the dreamy approach of their love story makes total sense.

Tara is that person in Ved’s life who we all wish and want in ours. She makes him realize his optimum potential, his true calling and he acknowledges it with all his heart and devotion. Though I caught up with this gem a little too late it instantly made me want to fall in love again! 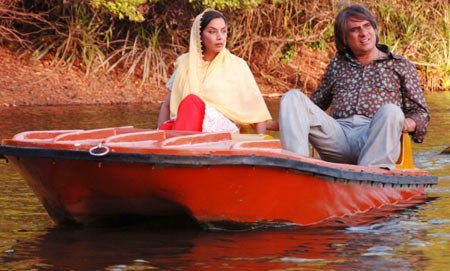 Finding your person is never easy, more so if you are middle-aged and with children and live in India. Phew! Of course, things are slowly but surely changing, though the struggle is still on and so was for Naheed & Oscar. After they lost their respective spouses to death, they eventually found much-needed solace in each other’s company. And the thread that binds them together you ask? Grief, mammoth despair. Naheed’s (played with panache by Shabana Azmi) husband and two children died in a car accident and Oscar’s (played with utmost nuanced by the always reliable Boman Irani) wife committed suicide and he is now estranged from his only daughter.

We meet them after Naheed & Oscar have recently got married. Though they are the target of relentless mocking from everyone around them, they intent on not to get bothered by their tormenting past and be together for the most substantial part of their lives, the ending. Their altruistic yet rebellious love for each other, their maturity which comes with the enriching life experiences and of course, their raw, excruciating past, this inspiring love story is for the legends.  Naheed and Oscar have to be one of  Hindi cinema’s most poignant and endearing couples. 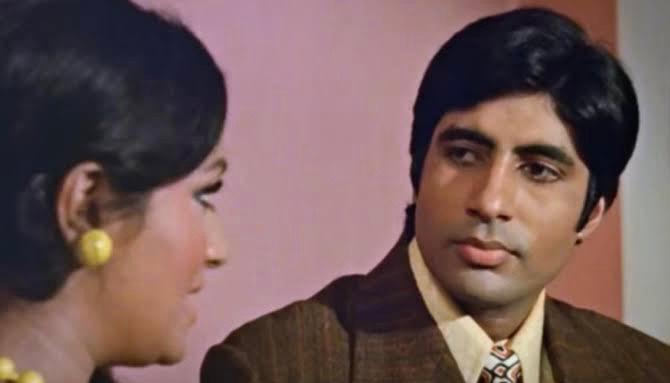 The love triangles, unrequited love, sacrificial characters are the verbatim essence of the word cliché in the Hindi cinema. Thousands and thousands of films have revolved around such themes and we still continue to do so. But rarely ever you come across a jewel which takes the cliché out of the word! And Abhimaan is one such jewel in the crown of the Hindi cinema. Allegedly based on a real-life artist couple and extremely close to A Star Is Born in its theme; Abhimaan is a love story of a singing couple that was stained by ego, jealousy, and insecurities. Embellished with the intense, raw and piercing performances by then upcoming stars, Amitabh Bachchan & Jaya Bhaduri, this film is a requisite love story for any romantic, anywhere in the world.

Related to Love Stories in Hindi Cinema – A Star Is Born [2018] Review: Beautiful and Haunting

But what I want to focus on here is the third angle of the triangle. Subir (played by Amitabh Bachchan) is a singing phenomenon that has captured the imagination of the entire nation. And Chitra (played with utmost conviction by the legendary Bindu) is his friend, his confidant, and a would-be-lover. Though it was never boldly expressed in words, but the passion of her feelings for him was particularly evident in her eyes & her body language. But she chooses to poignantly wrap her emotions and graciously step aside when he falls for Uma (played by then Jaya Bhaduri). This was one of the most agonizing & graceful sacrifices of love ever portrayed in Hindi cinema. What makes my heart ache even more & makes Subir & Chitra’s equation even more bracing is when she returns to offer her earnest, compassionate friendship when his inner demons possess him. Even though it’s been explicitly conveyed in the movie that Chitra is the Paro to Subir’s Devdas, it is done with such delicate, affectionate, authentic, and ingenious moments that it feels unprecedented. If you haven’t yet, go explore the magic of the virtuoso of Hrishikesh Mukherjee’s craft.

Gdyby kózka nie skakała to by nóżki nie złamała – well, that’s Polish. I don’t know what that means but I figure any bio with skakała in it, has to be good.

I take my vitamins, I promise.

“I would travel down to hell and wrestle a film away from the devil if it was necessary”, said Werner Herzog with Manish in the same room.