“The axe forgets but the tree remembers”

Indian cinema has been experimenting a lot in recent years and has been quite successful by far. New actors and directors have made their presence felt. Importantly, audiences are opening up for new ideas, new experimentation,though it may go horribly wrong in some cases. Interestingly, Indian cinema has even surprised crafting a promising films in genres like sex comedy (Hunterrr ), slasher (NH-10) , and Sci-fi Time travel (Indru Netru Naalai ) where substance was favoured than mere gimmick of the genre. Hope, we see more such films in 2016. Here are The 15 Best Indian Films of 2015 :

Comment your thoughts on the selection, and how many have you seen out of these 15.

A very sensitive topic, handled quite maturely that works partly as a thriller and partly as emotional roller coaster ride. It blurs the line between sinner and forgiver,  questions Indian school functioning system, except that it loses its grip in second half.  Seems like director and writer wanted to incorporate many things at a time, which doesn’t gel properly, and the main plot doesn’t come coherently. Still, a very well made film that needs to be watched.

Film is flawed, stretched unnecessary in the second act. But, Kamal Hassan’s vision and his multi-layered story is applause worthy.Kamal Hassan’s endearing and superlative performance is one of the major reasons you should not skip the film. Uttama Villain perfectly juxtaposes immortality and death in two parallel stories that sync well to question our fear of death and fantasy to attain immortality. Kamal Hassan’s vision and his ideas are really ambitious, thickly layered , and filled with metaphors that can easily be missed. I am sure, his idea of Uttama Villain must have been a lot better on the paper, sadly it seems as if Kamal failed to transcend them on the screen. Nevertheless, film is still a lot better than many other films that Indian film industries have been churning out in recent times.

This slow-burning, stylish sleuth tale had something or the other happening in its each frame. It’s smart, dark, funny & stunning to look at. In Dibakar Banerjee’s Detective Byomkesh Bakshy!, the characters were more unpredictable than the central mystery. They were not just two faced assholes but strangely insanity, vulnerability and selfishness overcame every single one of them. Sushant Singh Rajput‘s towering performance as Bakshy, a rather outgoing detective who battles his eyelashes and solves every step of the ladder with ease, helps the narrative which boosts a dark undertone that’s too grim at times.

People who haven’t made track-lists in order to get their 12 favorite songs on the two sides of an audio-cassette will never understand the charm that this film is submerged in. A film about the middle-class’s mentality of getting their kids married to the very next person without proper consent of the person concerned. Filled with the most ordinary and sweetest kind of 90s nostalgia, Sharat Katariya‘s Dum Laga Ke Haisha was one of the most honest and feel-good films of recent times. While the film mostly talks about the fact that love comes in all sizes, it doesn’t fail to make a point that marriage is not just a 8 letter word that can be tossed around for ones own profit.

What you do when  you have nothing good to with your remaining life, and you are alone in bungalow situated in poorly connected rural village ?  Definitely, you don’t call ambulance for your own amusement. But, 55 year old arrogant character ‘Kailasam’ played by  versatile Vijay Sethupathi does it. One of the most heart-warming film of 2015, that has everything in right amount, peppered with adequate amount of humour and drama, and not so easily forgettable performance of Vijay. Orange Mittai  is well narrated and directed film.

Kaaka Muttai is more than a children’s film that has breezy first half and quite an intriguing but bumpy second half.  Manikandan succeeds in bringing out the flaws & discrimination in the society with such nuance that it is impossible not to root for the two central characters. In the second half, film tries to work towards pre-decided non-cliched end which needed certain liberty and that is where screenplay is uneven and you feel little manipulated. Overall, worth a watch to take a closer look at how people from lower strata to higher strata try to harbor fame and money in disguise of help.

“To err is human,to not forgive is Badlapur.”
If John le Carré would have born in India and asked to write a revenge thriller-drama, definitely he would have written something like ‘Badlapur’. Like John le Carré’s espionage novels, which had unheroic, morally ambiguous characters having undercurrent of psychological tone, Badlapur is the  character study of psychology of two common men,who are conned by their luck. Unlike many revenge drama saga, Sriram Raghavan constructs the story devoid of all cliches, not falling into the conventional traps of exaggerated melodrama and over the top thrilling scene.

Three distinctive & peculiar characters — grumbling old Bengali father who takes pride in sexual independence of his daughter & complains about constipation, serious face daughter who takes care of his arrogant father like a kid and doesn’t give a slack to her routine life, and owner of Cab service who is fed up of household drama and has shady back-story. These three amusing characters take a road trip that doesn’t bring drastic change in their life, that would have been cliché to say least, but they learn a thing or two about life and themselves.  Piku is heart-warming film that has some solid writing and performance to boost. But, ultimately it questions our consciousness how readily we are willing to take care of our parents, can we unflinchingly reciprocate to their demands and needs ? Are we ready to make sacrifices on our own individual front for their happiness ?

Does Justice prevail always? Is the sword used to its full potential? Meghna Gulzar‘s riveting, often disturbing and occasionally funny take on the most hyped and talked about dual murder case of 2008 ponders over a lot of questions that are possibly wrong with how a case is handled in a country. Where murders are frequently left to hope of a investigative system which doesn’t really care until its own name is on the line. It’s an achievement by the people who have worked on Talvar, as they have managed to make a whodunit tale out of caricaturish truth. They have churned out a brilliant criminal-investigation written and seen from the eyes of a Coen-brother-esque confusion.

What started off as a video shooting to get into the psyche of supposed to be elite & creamy students of one of the most prestigious institute– AIIMS, to dig deeper into what could possibly have prompted Sushil Kumar (then, the student of AIIMS, and younger brother of director Abhay) to inflict wound such severely that could possibly crush his dreams, turns into investigation of what leads to un-reported suicide cases in AIIMS. It is gut wrenching tale of so many dreams and prayers put to such pressure, and non-supportive staff of AIIMS, that you will be disgusted and shameful.

PS : We have seen the film at JIO-MAMI-2015, and chances are bleak that it will be released online or on screen any-time soon. 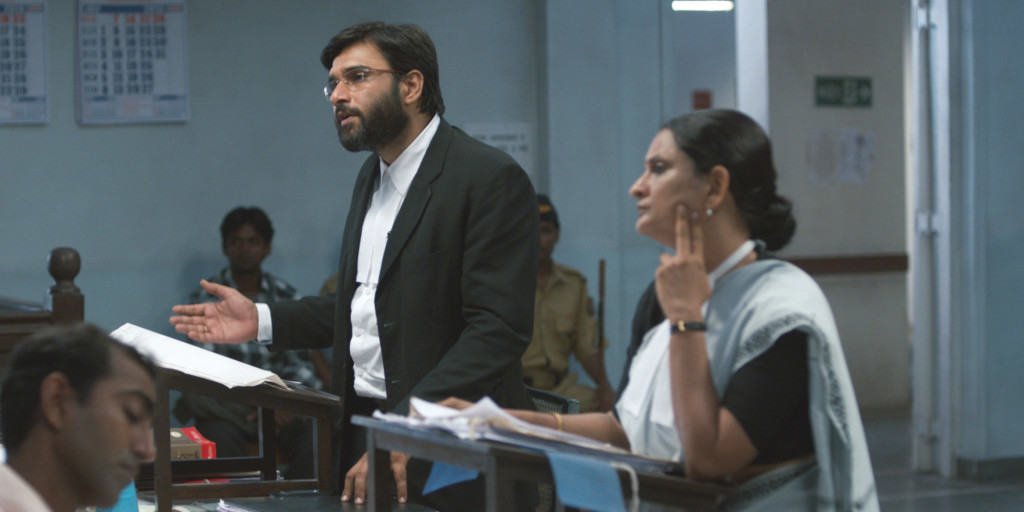 Chaitanya Tamhane’s Court moves at the same pace as the Indian Judicial system  but it packs so much of  satirical & ‘stripped down to naked’ intense court drama that you can’t take your eyes off from the screen. Film revolves around a singer & teacher Narayan Kamble who is accused of performing a song that provoked a sewer worker to kill himself. 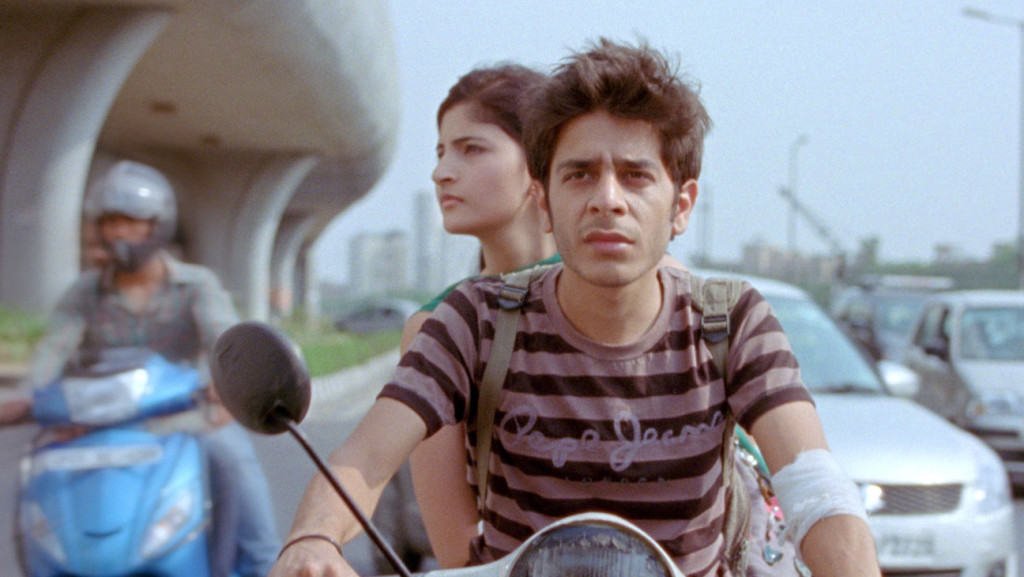 An unsettling, disturbing & absolutely devastating film about the dog-eat-dog world. Aching its premise to the underbellies of Delhi, Titli was about escapism from a series of self confused muddled relationships leading the disarranged self to the extremes. It was about selfish dreams & about the pigs who just want to stay in the dirt, leading the other baby pigs on the same scribbled pathway.  A coming-of-age film about a butterfly fluttering its wings in the raw dust that hails the survival of the fittest. Read Full Review.

Premam takes you on a nostalgic ride of adolescent age. If you ever chased a girl on cycle, called on her land-line numerous times in the hope  of striking a conversation, wrote a love letter in amateurish English, or had a crush on your teacher, or intentionally got into fight in college over petty issue, then this film is for you . Those days , man! Those golden days. Can’t put my grin to the rest while writing on Premam, and that in itself says a lot about my love for this film.

A Quintessential throwback to childhood memories. Killa is more than a film, Killa is a blissful experience, a personal memoir with profound emotional depth that everyone ‘might’ relate to, even if they have never practically lived in a small village. Killa is one of those quintessential films that will allay your stress,make you nostalgic, take you back to the memory lane of a glorious, ingenuous and carefree time, and make you fall in love with cinema all over again. 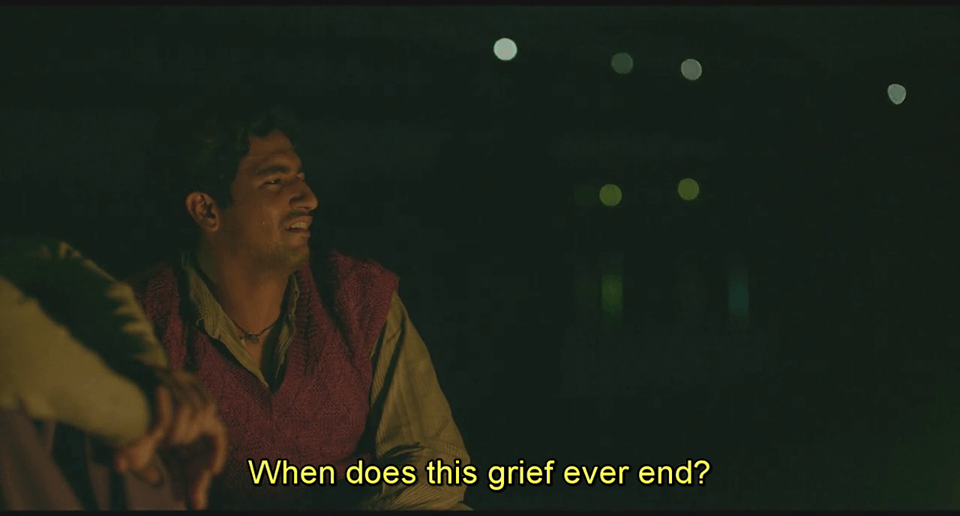 An intangible escape from the crusade called life. The single most flawlessly written, densely detailed & wonderfully performed film of the year. Films like Masaan have such powerful images that they impact your being, refusing to wash away from the shore. From the symbolic, inflated and nostalgic balloon love to the half-dead women who refused to ‘Kheer’ a stranger as she is usually let-down too often. It’s a magnetic tale of the shaking bridge in the storm of life, death & salvation ultimately proving to be the strongest in its cinematic worth.

When Marnie Was There [2015]: The Ones who Love us never really Leave us.