Everyone saw films that surfaced well on whatever platform their boat sailed to. But there were some rather unfamiliar films that never saw the light of the day. These films need your instant attention, here goes our list of top 20 criminally underrated films of 2015: 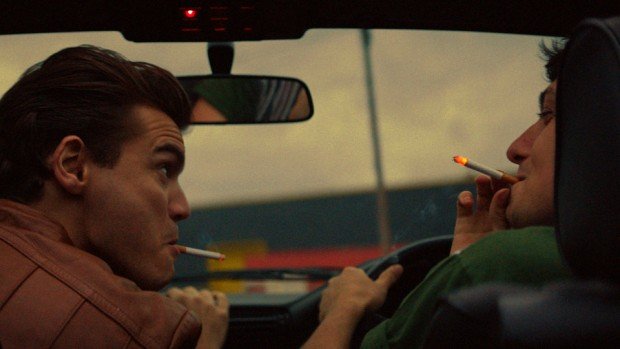 On the outskirts, Craig Robert’s directorial debut is a high school film about a kid who finds it difficult to make friends but its wrapped up in such coarsely detailed Lynchian paranoia that it’s almost impossible to take your eyes off it. Craig Roberts (popularly know as the lead star in Richard Ayoade’s Submarine) is a  talent to look forward to. His film, that’s supposedly a soul-brother of David Fincher’s Fight Club has one of the classiest camera-work of the year and even though the film peters out towards the end, its one hell of a ride down the dark-surreal lane of ambiguity.

If you take Patrick Bateman from American Psycho, blend him in a blender making him an introvert who talks with his pets, the resulting mixture would turn out to be Jerry. Marjane Satrapi’s black comedy about a lonesome guy features the single greatest performance by Ryan Reynolds. The Voices works perfectly on multiple fronts. It’s a charming black comedy that has the perfect amount of surrealistic gruesomeness. One that not only entertains but enthralls and horrifies in equal measures.

Featuring one of the most magnetic chemistries of the year, Night Owls is a subversive romantic-comedy that doesn’t push back from insulting, kicking, or pulling the hair of the person in front. It talks about the obsession and desperation to be loved by the right ‘one.’ It questions as to what should be done when it’s too hard to leave things be and simply walk away. It’s also about trying to figure out the easier and the right path in a world that seems to push you towards following the said God.

Above everything the film is about the desperation of a human being. It’s about that thought in the brain which leads you to hang around the bridge that can take you both ways. It also channels out the fact that the dark side is not always wrong, and the right side is not always right. 99 Homes is a powerfully acted human tragedy that works mostly because of a taut screenplay and its ability to bring out real emotions out of the people watching without being overly manipulative.

Margaret is one of my favorite films of this decade which displayed the emotion of ‘grief’ on the large spectrum that is impossible to forget even today. Meadowland hovers in the same zone of grief where Sarah & Phil’s son has disappeared one fine afternoon, on the road trip. Subtle and raw in emotions, very restrained in its writing, and never let go of the lid from sublimated anger contained within, Meadowland is a kind of a film that will be difficult to connect with the lead protagonist, still you feel their pain. Olivia Wilde gets into the skin of the character and fills the palette of grief with her splendid but subtle performance that makes her loss very palatable. Both the characters find it hard to accept the tragic fact and sooner they slip into demented shallowness.

A strange amalgamation of the soul of Frances Ha, Noah Baumbach’s oddball comedy about failed people & the episodic feeling of Two Days, One Night, Jean-Pierre Dardenne & Luc Dardenne’s drama about a woman trying to keep it intact. Stéphane Lafleur’s Tu dors Nicole relies heavily on its framed images & the blinking transitioning face of its protagonist. Tu Dors Nicole is a coming-of-age film where nothing & everything happens at the same time. The greatest weapon of Lafleur’s monochromatic dream is its tendency of being slight & slow. It creeps up on you when you least expect it to. 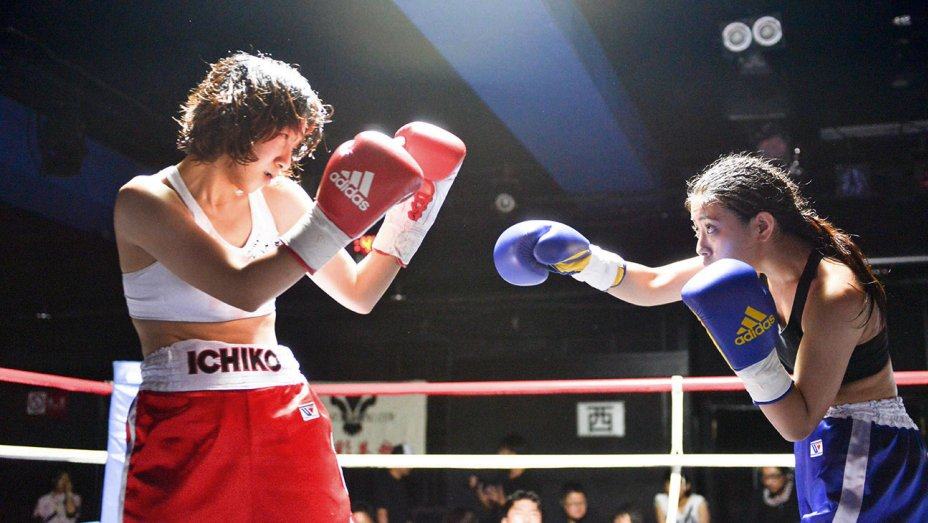 100 Yen Love is not your regular boxing film that portrays female characters rising from a patriarchal society to prove her self fueling feminism.  Supported by a terrific central performance by Sakura Ando, and even more strongly developed the subversive  character of her, 100 Yen Love asks for patience on viewers’ behalf but bestows them with non-cliche, subtle and almost staggering character study of a slothful & frivolous female protagonist that might resonate your own-self at some point of time in life. This is the well-made women empowering film without a hint of it, and that is an achievement in itself.

The Mend is a terrific first feature.  It inspects the life of two brothers who are oil & water in a tank of wastewater. Josh Lucas in particular is a revelation here. His character pisses on random thoughts & wishes to keep himself afloat with a broken laptop & a leather bag. His brother on the other hand is in love with a girl who may or may not be the right one. The Mend has an energy that shows more life in its mundane, monotonous moments than any other film does in an hour or so. The energy & intelligent editing shows the power of cinema in transforming similarly themed results into fresh & new packages. Also, has one of the best opening scenes of the year. 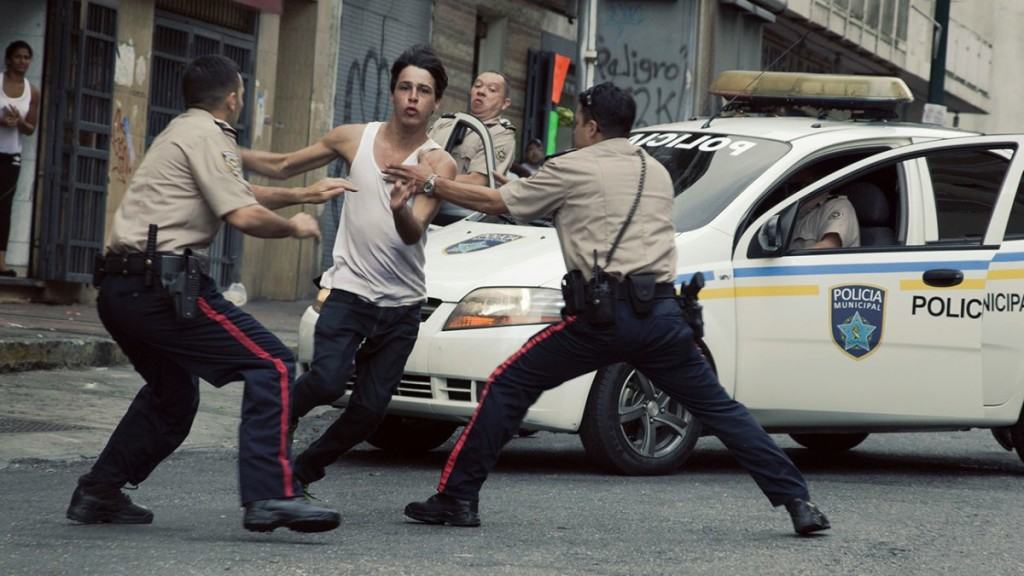 Transfixed eyes of Armando (Alfredo Castro) yearning for sexual intimacy calls a guy to his place, softly demands to take clothes off, and turn back to him. He then masturbates while gazing and fantasizing about him. He never touches the guy, but it is a sexually charged, tensed long gaze that does wonder for him.  The début film of Venezuelan filmmaker Lorenzo  Castes, From Afar (Desde allá) is subtle, tensed, unpredictable, and intentionally slow-paced & non sensationalized gay romance, devoid of any exposition, and letting characters take control of the film. Though the central character of middle-aged loner man Armando is very unidimensional for the good of the film, it is young thug guy Elder from the streets whose encounter brings the spikes in the characterization rendered by changing dynamics of their relationship during the course of time, until brutally devastating climax. Though From Afar may not appeal you by the time end credits roll, but the intriguing characters will stay long in your mind, and introspect their action. 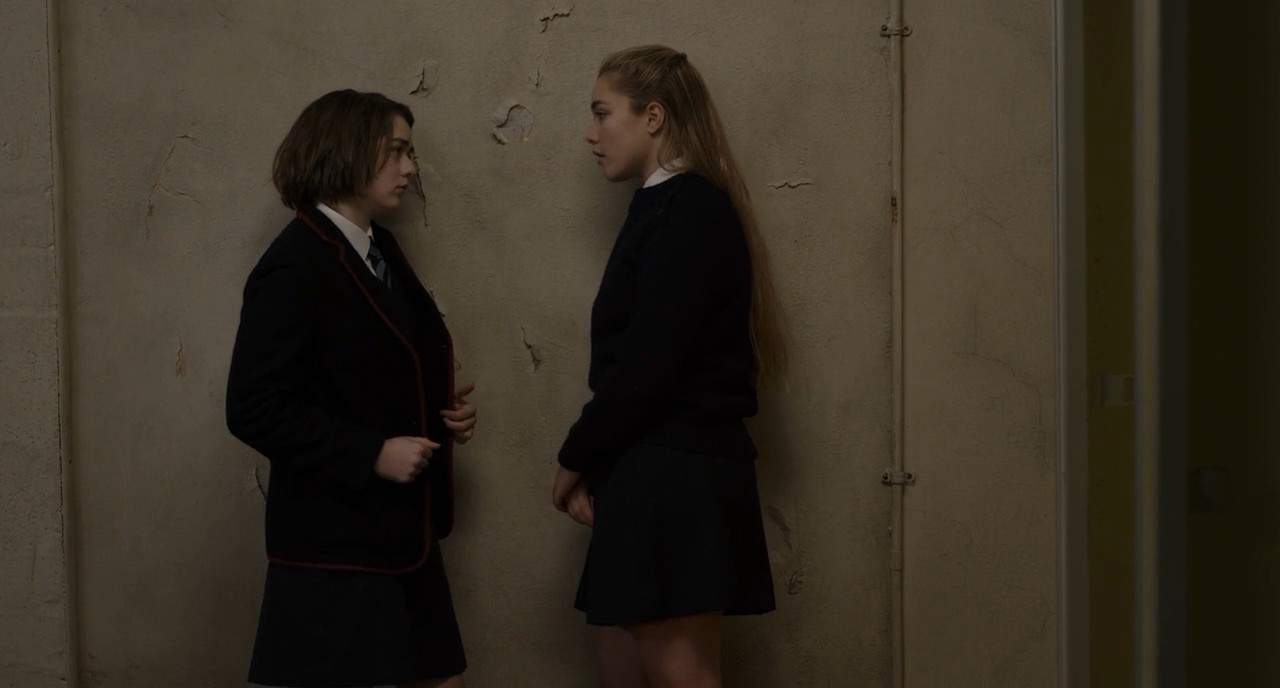 The Falling is an enigmatic tale of mass-hysteria. Chucking up elements from Picnic at Hanging Rock, Carol Morley’s film is poetic, bewitched, disturbing, and absolutely unforgettable. The film observes the peculiar and mysterious fall-out of the hysterical epidemic in the early 1960s. Filmed and seen from the perspective of an all-girls-school in England, it revolves around two friends/lovers who share an intense relationship with each other. The color pallets and the instant change in imagery are a wee-bit tough to fathom and yet it fascinates without faltering.

Similar to Underrated Films of 2015 – The Falling [2015] Review: A Metaphorical Analysis of Teenage Mass-Hysteria

The Columnist [2020]: ‘Fantasia’ Review - An entertaining ride with a timely subject in its hold lead by a phenomenal Katja Herbers

The 10 Best Dysfunctional Family Films of the Decade (2010s)