Debutant director Lorenzo Vigas’s ‘From Afar’ is an emotionally quenching, heartbreaking and brilliant film about alienation and obsession. It pushes its moral compass so deep into the minds on its characters that the ambiguity in their actions take unexpected turns. Violence, silence, and atmospheric longing have been presented with such conviction that even with its narrative latches, From Afar manages to leave a lasting impression.

‘From Afar’, which is Venezuela’s official entry for the Best Foreign Language Film at the 89th Academy Awards, also won the Golden Lion award at the Venice Film Festival. Quite minimalistic in its approach, Vigas’s film bases itself on long stilted shots of characters walking, noticing and staring at one another. While it is a direct hint to the title itself, the film never bases them on simply ‘nothing.’

The film is about Armando, a wealthy loner who is not only rotten from the inside but his job of making false teeth further ensure us of his sadness. Armando, played brilliantly by Chilean actor Alfredo Castro, almost has a dead-pan, frustrated-with-the-world kind of look to his being. As he goes out of his house every day, we see him seeking solace in the young kids involved in the street-gangs. He brings them home and uses their bodies from a distance to give himself pleasure. That is until he stumbles across Elder (Luis Silva) who is both, trouble and a sort-off liberation for him. He develops a bond with him that is both intimate and sexually proactive.

From Afar might sound like one of those homosexual dramas about alienation and acceptance and while it is indeed that, the complexity of its central characters, mixed with the unpredictable nature of their reactions fuel a terrific psycho-sexual drama that never seems to allow all its cards to be seen all at once. The underlying themes of sexual and violent struggle that comes out from within the home act as a catalyst for surviving the world and also something that can hurt their present state in a way they would never expect. Both, Armando and Elder have a chemistry that works just the right amount. Vegas’s films greatest strength is how he takes up his title very seriously. This not only keeps one guessing but when the absolutely terrific final act happens, you are left gasping for answers that will never come your way. 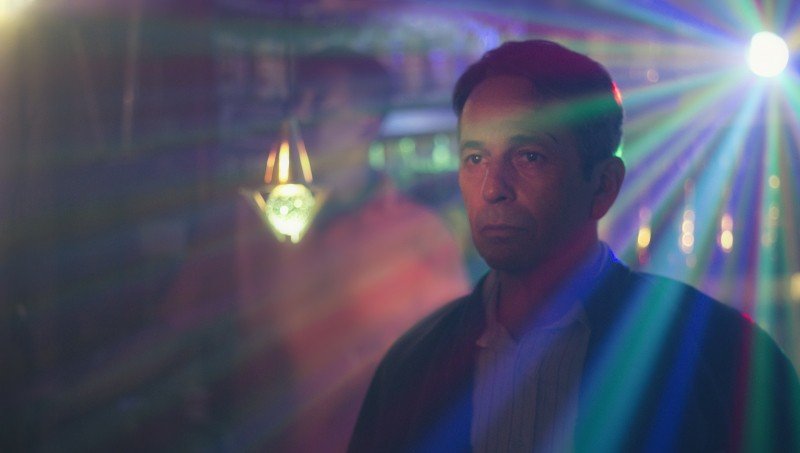 Co-written by Guillermo Arriaga (known for Amores Perros, 21 Grams and Babel) who has penned down another dramatic allegory that clearly shows how loneliness and abandonment can lead to repulsiveness and destruction. The open-ended climax makes for an interesting discussion. While not entirely for everyone out there, From Afar is a terrific pick for the Foreign Language category.

Dusk Stone [2021]: ‘Venice’ Review – Like a Bedtime Story, Magical and Comforting at the Same Time