Do Revenge on Netflix was actually an eagerly awaited film due to the personnel attached to it. Almost all popular shows from our times are represented on it by one of their members. Rivendale, Stranger Things, Euphoria, and Ms. Marvel, are just a few, to name some. The famous setting of a high school and teens did draw some speculation and suspicion over the final product. But for once, Netflix finally managed to surprise us on the positive side with a teen film. Many new disparate elements were mashed into one, sometimes even clumsily, to give us a refreshing take on the genre tropes. It does not follow a straight line when it comes to storytelling and has an insane Hitchockian twist as well as the cherry on top.

In fact, the plot of Do Revenge is loosely based on Hitchock’s Strangers on a Train. The essence of what the makers have chosen to infuse their rejigged project with, and there certainly are sparing flashes of it in the film. Along with this classic, we have also left out Mean Girls, the quintessential teen film this clique trope is derived from. Apart from these two, we have picked out a selection of eight outstanding movies you should watch if you liked ‘Do Revenge’ on Netflix. 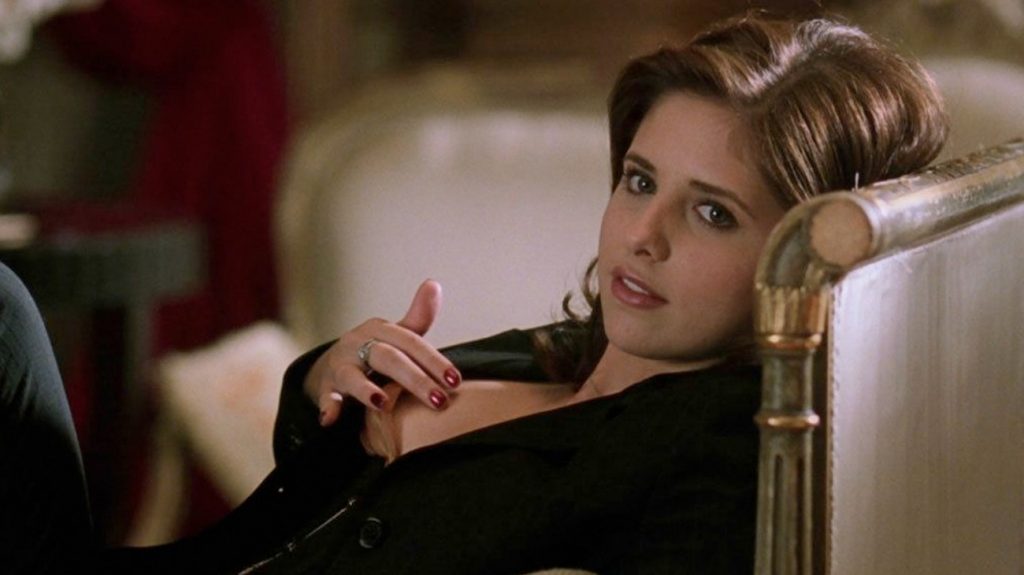 It is not very often that an original teen film can blossom into a successful franchise. With television shows, we have often seen it happen. But with the larger silver screen format, it is a rarity. Sara Michelle-Geller, who took all the applause for her cameo appearance in Do Revenge, is the star of the show Cruel Intentions, delivering a resolute and frighteningly good performance.

The exploitative sensibilities of Cruel Intentions were among its most attractive aspects, including the easy on-the-eye cast and more than generous skin game. The world hadn’t seen many films like it before and the reception was mixed primarily. However, having the advantage of hindsight, Do Revenge seems like an extension of Cruel Intention’s unique formula to sell its content but with an even-handed approach. 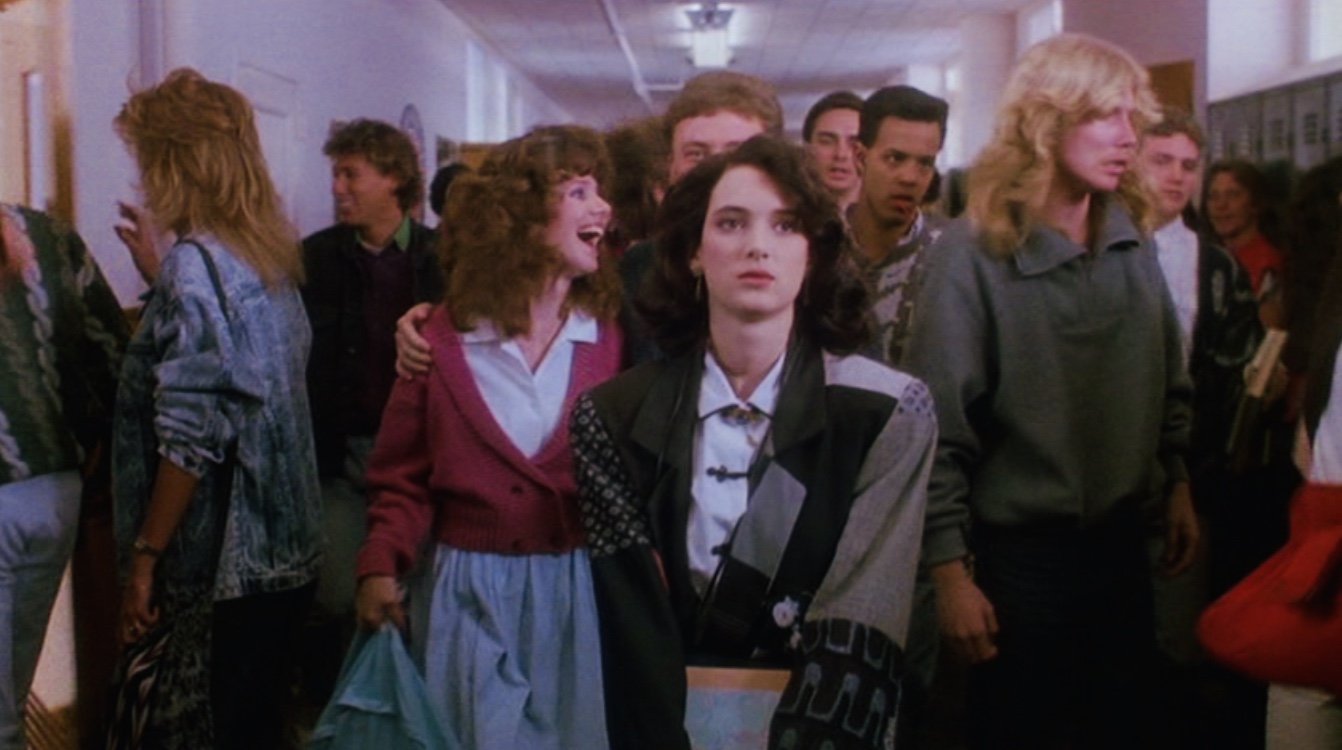 Cynical and satire can indeed go well together. And as it turns out, they make for an explosive pairing. Introduce the element of noir with multiple killings in a high school, and you get this awe-inspiring teen film, Heathers. This chilling coming-of-age story stands above the other films on the list with its depth and emotionally layered presentation. Stacked like a nightmarish horror story unfolding, Heathers has a timelessness that stems from its futuristic and spec-filled screenplay. Daniel Waters would be proud to see some of his inventions and ideas replicated in Do Revenge, although without quite the punch. Waters was bold by not giving into commonplace traditions in a time when only a few voices stood out from the crowd.

Winona Ryder and Christian Slater look dreamy and act even better in roles that are played a certain way today. Almost four decades back, acting in teen dramas had more drama and less emoting – actually translating what the character felt through a grounded approach. Both these actors get very real and even dramatic but in measured quantities. Heathers also propagated the idea of deadly cliques in high schools, which has become an unfortunate reality in modern times. Heathers is the place to start if you are looking for the source and the beginning of all teen movies. Olivia Cooke is all set to make her entrance in HBO’s House of Dragons. The actress has come a long way on her impressive journey to mainstream Hollywood attention. One of her most off-beat roles came in the teen thriller Thoroughbreds, which stars another youth sensation, Anya Taylor-Joy. Much like Mendez and Hawke in Do Revenge, Cooke and Joy’s characters rely on each other to form and execute a revenge plan with considerably lesser emotion than the former. Thoroughbreds is undoubtedly darker and more accurate to its billing as a dark comedy than Do Revenge. There are more moments of tension and anxiousness because of its plot structure and strict three-act setup. It is arguably one of the most awe-inspiring teen thriller films in recent memory but still obscure enough for you to discover now. 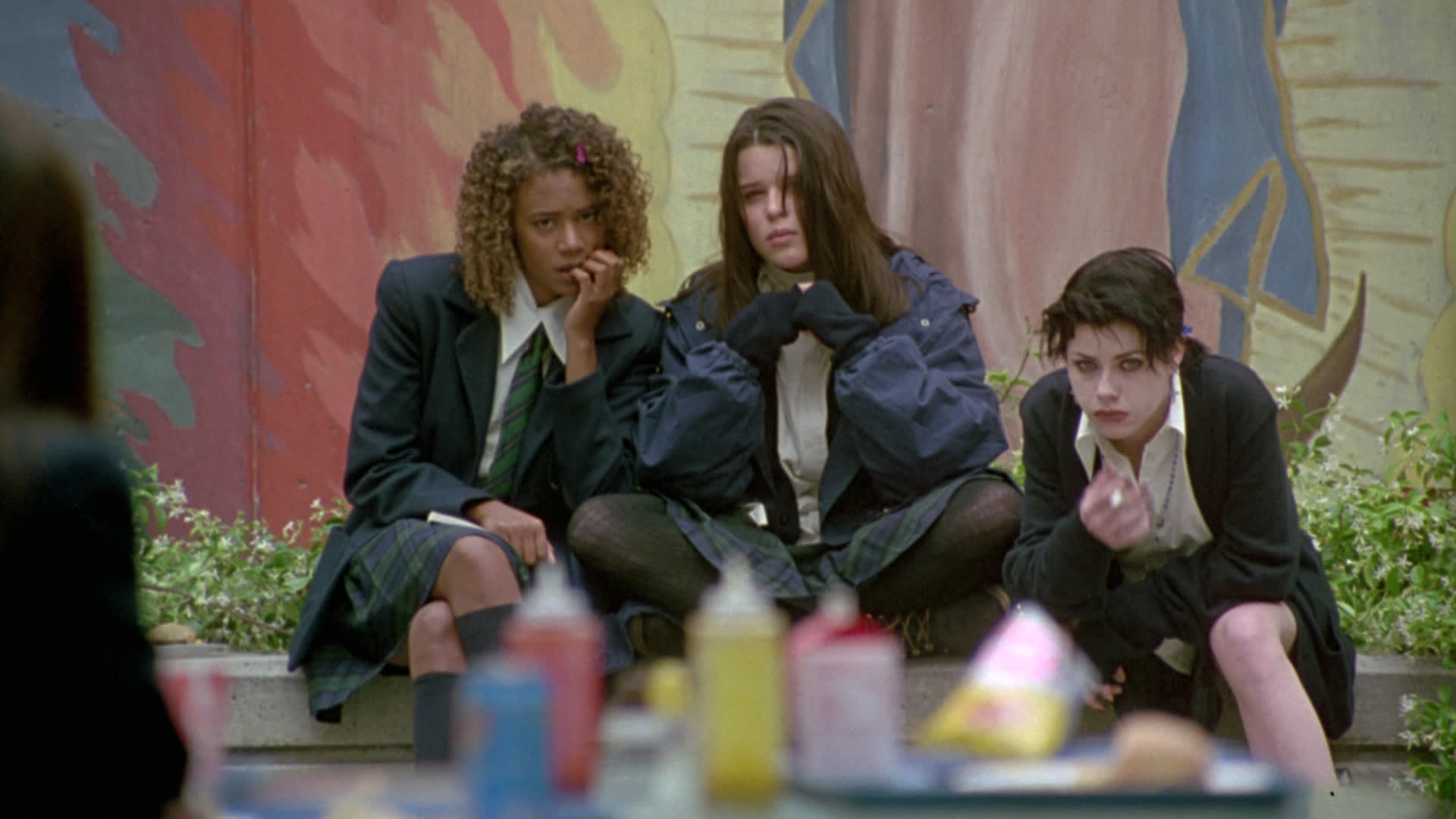 Eleanor’s menacing turn in the film’s second half was something like the evil touch in The Craft. This crazy film has an entire world of its own where the dynamics of dating and adolescence are entirely off the hook. Regarding originality, The Craft probably takes the cake on the entire list. But the bizarre reality of the movie is not backed by a well-ironed storyline that eventually turns into a disappointment. The Craft indeed felt like a darker version of Heathers, which also features on the list but is an excellent follow-up to Do Revenge. The Netflix feature does not have too much of a supernatural element in the plot. Its vague similarities come from the dark twist we see in the second half. It gives the film a whole new look, and while it doesn’t give too much notice, the blow is absorbed seamlessly in the narrative. 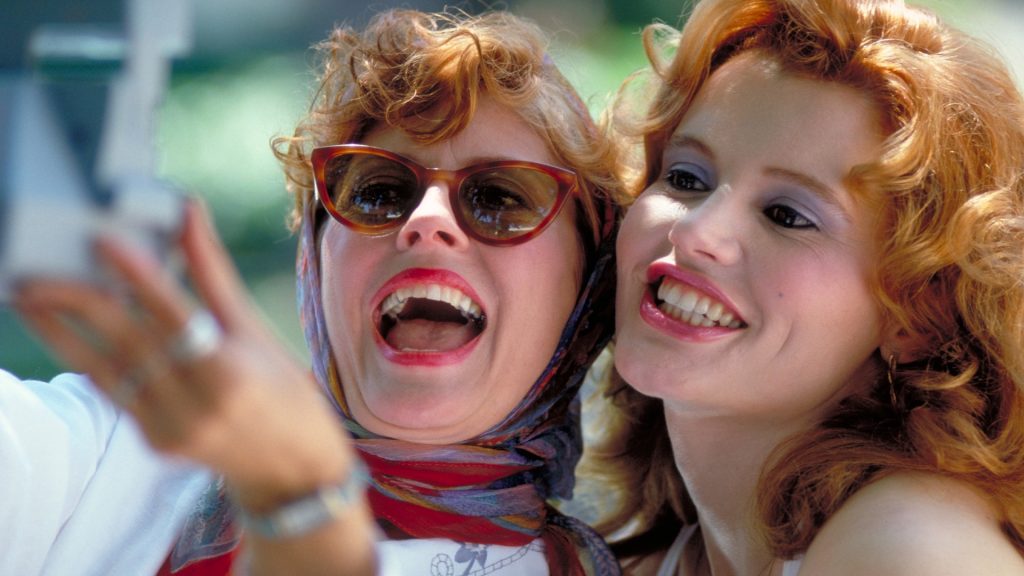 One of the most interesting aspects of Do Revenge was the dynamic between Maya Hawke’s Eleanor and Camilla Mendez’s Drea. The female partnership needed to have likable chemistry for the film to work. Without that, the narrative probably wasn’t strong enough to make it through. Fortunately, the two did play well off each other, instantly reminding one of Thelma & Louise, two iconic female crime partners.

However, the eventual substance of their bonding and individuality is different; the nature of how they work together and make those road journeys bring them together. If we have a sequel to this revenge story, it could blossom into something like Thelma & Louise. A reworked version of that with a modernist twist might be such a bad idea! 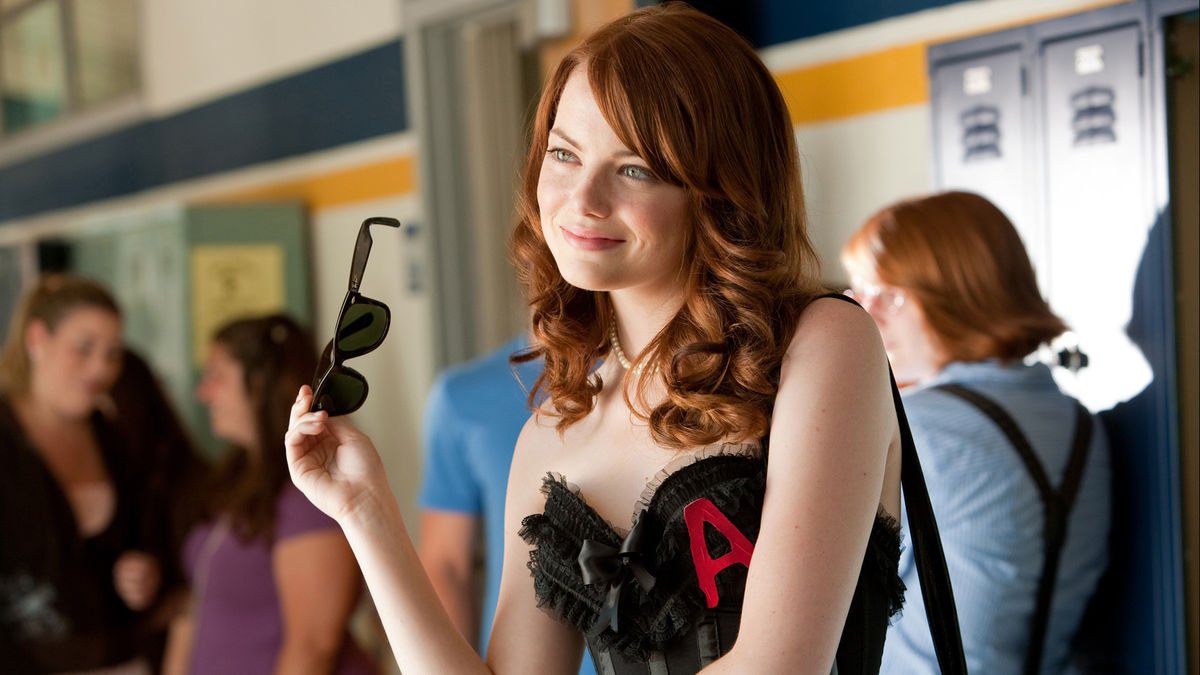 Easy A is a very emotional and sensitive teen film that stands differentiated for the sincerity of execution. It wouldn’t be amiss to call it one of the most relatable high school movies ever made. Purely because of how it ebbs and flows to accurately predict the mixture of tender and naughty that so many movies get wrong. Despite its quality, Easy A has remained on the fringes for so many years that this is an excellent opportunity to try it. Apart from the setting that Easy A and Do Revenge have in common are the fleshed-out characters.

Finding the people you see on screen to be genuinely written and performed can go a long way. When you warm up to the characters, even an unsatisfactory plot might seem to be quaint. Both these high school films nail this aspect while also giving reasonably engaging plots. A perfect double whammy!

Similar to Movies like Do Revenge on Netflix – Hello, Goodbye, and Everything in Between (2022) Review: Easy Breezy Teen Romance, Nothing We’ve Never Seen Before 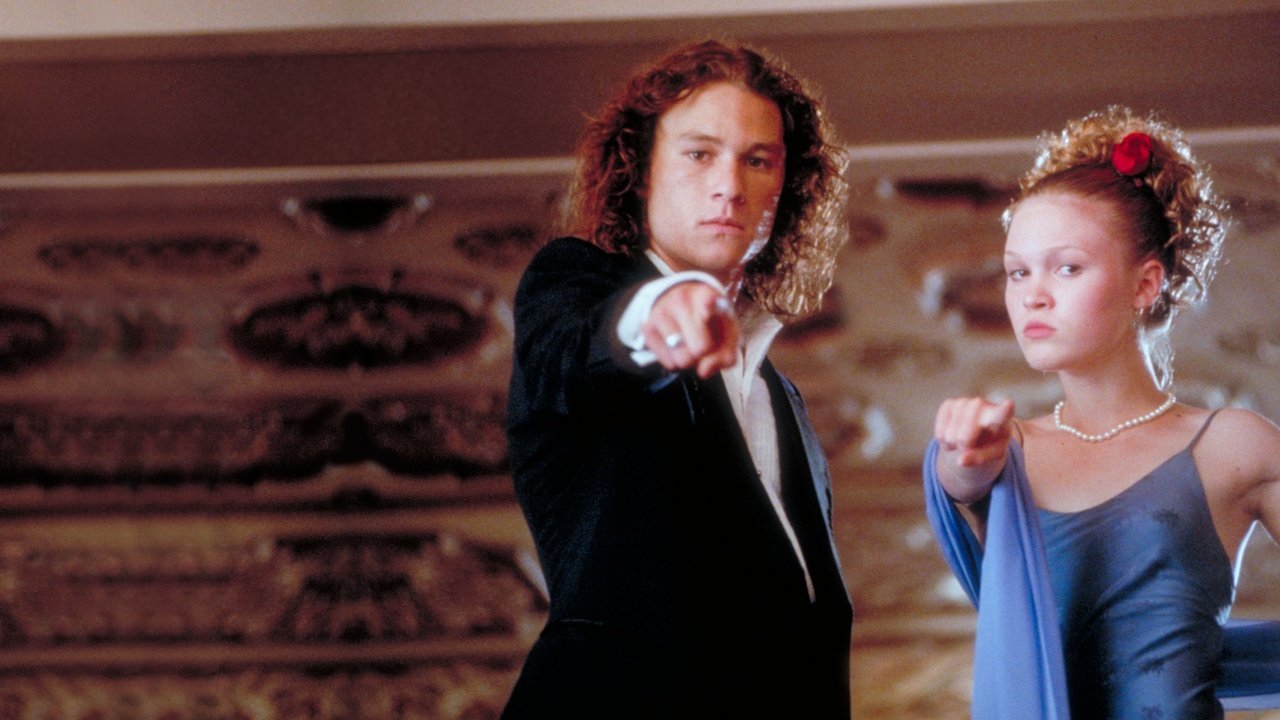 Another teen film on the list with a wildly popular cast and future stars is 10 Things I hate about You. This one, too, has an unconventional plot wherein a boy hires a charming guy to woo the sister of the girl he likes because she will not date unless her sister does. It is one thing to have something unique at your hands and another to marry it with decent follow-through. Heath Ledger’s iconic singing on top of the staircase in the field is something that I will not easily forget. Just like Do Revenge, 10 Things inverts genre stereotypes with a fresh perspective on telling a story.

The smooth sailing of the film is mainly due to the effortless performances of the three leads. Ledger, Stiles, and Gordon-Levitt are incredibly in sync with each other and bring their personal touches to the characters. While there are no vengeful streaks in the story, there are plentiful, colorful iterations of high school archetypes that you would find in many movies today. This must be on your watchlist if you liked Do Revenge! Back then, they weren’t as dated and annoying. 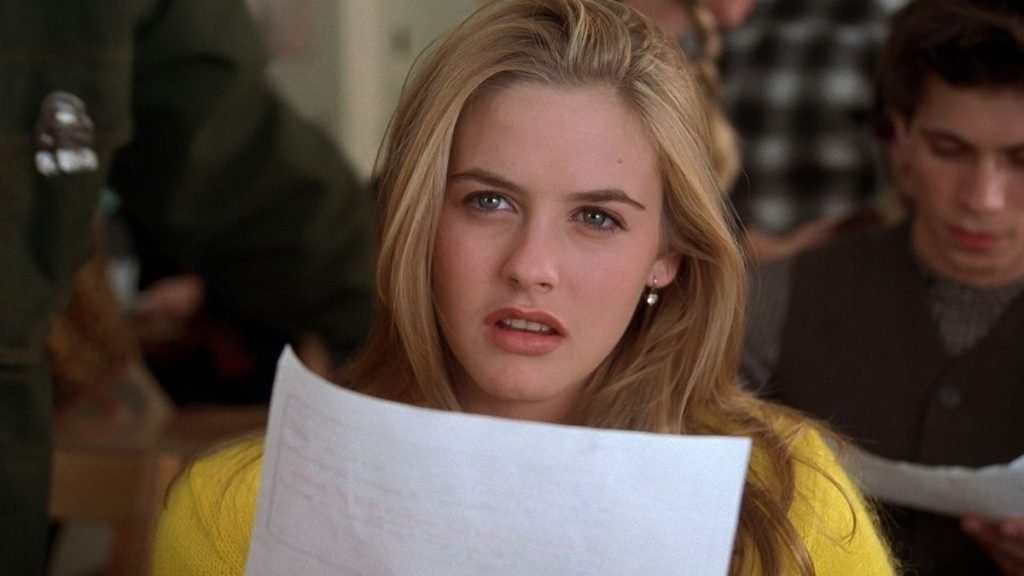 Jane Austen’s Emma reimagined in the modern-day setting of a high school: that is how Clueless is remembered so many decades after its release. There is a pseudo half sarcastic half ironic twist to teen movies and Beverly Hills in Clueless. Apart from that, every aspect of the cast, and the direction, is endearing. Like Do Revenge, Clueless turns its eye to the posh, pastel-eyed fantasy of rich high school getting it on with each other. The way the factions are divided and the motivations set up for the high schoolers bring these movies on the same pedestal.

Clueless also has the accentuated added existential angle for the protagonist, something that Do Revenge almost managed to do but couldn’t capitalize on fully. Alicia Silverstone, Paul Rudd, and Brittany Murphy gained a cult following after the movie became a huge commercial success, and for a good reason. The charming trio is the story’s beating heart, much like the front three in Do Revenge.

DO REVENGE IS NOW STREAMING ON NETFLIX. STREAM IT HERE

Why do Modern School-Age Children Like to Watch Old Movies?