'Thoroughbreds' was originally intended for stage production, which you can guess from its confined settings. However, the final on-screen product seems less stagy (the dialogues flow in a more spontaneous, intuitive manner) and employs stillness to produce great cinematic effect.

Cory Finley’s superbly crafted debut feature Thoroughbreds (2017) is about two affectless, upper-class prep school teenage girls whose disquietude and feelings of contempt rises to alarming levels. The posters proclaim “Heathers meet American Psycho”. The other more obvious point of reference is Peter Jackson’s Heavenly Creatures (1994). But what makes this part-psychological thriller, part-black comedy unique is the chilly atmosphere of upper-class disaffection, where existential qualms arouse malign curiosity for cold-blooded murder. Thoroughbreds was originally intended for stage production, which you can guess from its confined settings. However, the final on-screen product seems less stagy (the dialogues flow in a more spontaneous, intuitive manner) and employs stillness to produce a great cinematic effect. Many of the sequences that show the principal characters’ escalating distress are composed in still shots, suggesting their intense anger and hostility under the placid facade. 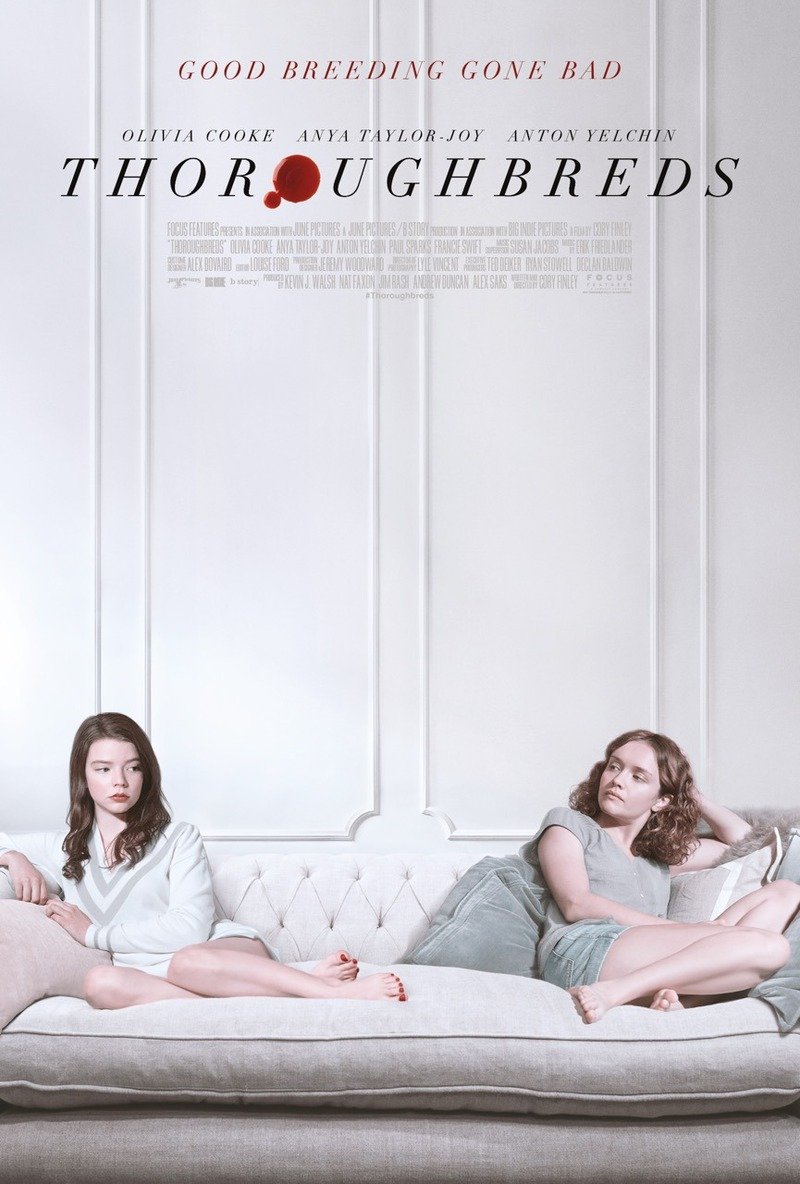 Posh and estranged BFFs — Amanda (Olivia Cooke) and Lily (Anya Taylor-Joy) – meet in Lily’s high-class suburban mansion. It’s not exactly a casual get-together. The two girls have had fallout after 9th grade and initially it doesn’t seem they are interesting in becoming each other’s confidante. Amanda’s mother had arranged for this meeting, asking Lily (even paying her) to help with upcoming SAT exams. Amanda has recently done a shocking act, which actually became talk of the town. Nevertheless, exaggeratedly proper Lily tries to mask her begrudging discontent with an awkward smile and exchange. Amanda is taking therapy and she seems to be diagnosed with sociopathic tendencies. While Amanda is incapable of emotions (although very good at feigning it), Lily feels too much.

On break from boarding school, Lily vehemently despises her step-dad Mark (Paul Sparks), a fitness-freak who rules over Lily’s mother and their palatial mansion. In a way, Lily envies Amanda’s lack of emotions. Soon Lily the tutor becomes the student, gleaning Amanda’s apathetic nature. And, when Amanda with her lifeless eyes playfully suggests they kill Mark (only after cementing an airtight alibi) Lily agrees to it. To help with this murderous endeavor, the duo looks up to Tim (Anton Yelchin), a pathetic drug-dealer and sex offender with grandiose dreams. They goad and bully him to do the ‘perfect murder’.

Thoroughbreds mostly work due to richly realized characters and excellent central performances. If we had to scrutinize the probability of the story-line, we might come across quite a few flaws. But the sharp realization of the central duo’s numb existence, further embellished with psychological acuity keeps us engaged throughout. Cory Finley has a lot to say about the gender expectations of society. It may have been easy for us to expect the narrative’s path towards depravity, had it been two male teenagers playing the killing game. But the inbuilt cultural expectations loaded upon women makes Amanda & Lily’s estrangement more tense and unsettling. Like other great films showcasing toxic female friendships, Finley elusively portrays the teenagers’ power dynamics (on the outset, it isn’t clear about who is manipulation who). Finley clearly builds his protagonists by taking a thread from old femme fatale trope of film-noir. But, Amanda and Lily’s femme fatale characteristics aren’t defined by sexualized male-gaze (or through their shady relationship with men). The girls’ narcissism and wickedness aren’t entirely male-generated. Finley’s male characters aren’t exactly written well, occupying both ends of spectrum as they either remain inept or too controlling. However, step-dad Mark isn’t made out to be a perfect villain. After Mark’s nasty, straightforward talk with Lily, we do wonder if Mark is the sole reason for Lily’s gilded, contemptuous existence. 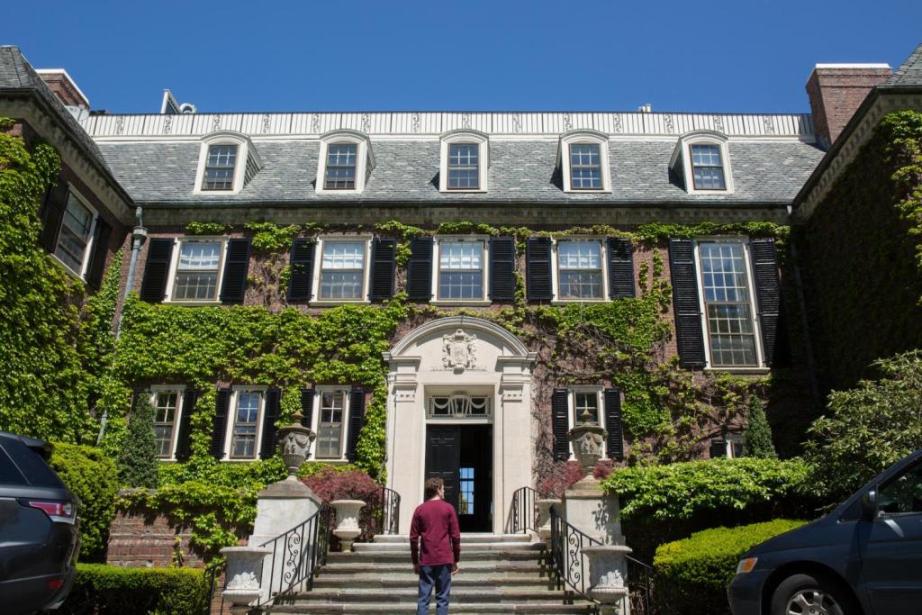 Anton Yelchin’s Tim (the 27 year old actor’s very last role before he passed away in June 19, 2016) clearly broaches the narrative’s class angle. It’s not as subtle as Finley’s look at gender, yet Anton was great here. It was grimly fascinating to see how this trouble soul is terrified by the girls’ dispassionate stance. Time and again, Finley’s fluid camerawork and suspenseful visual techniques gives us ample time to comprehend the moral implications of the horror the teens are concocting. Finley treats Lily’s family mansion as an important character, framing the confines with gloomy and brooding tracking shots.  In fact, there’s nothing rushed out in his direction. Most particularly, the tense static shot in Lily’s living room (towards the end) speaks highly of his directorial capabilities. Finley keeps the murder off-screen in order to denote how the perfect murder is also a destruction of the perpetrator’s own self (banishing the last vestiges of goodness). Olivia Cooke (Bates Motel) and Anya Taylor-Joy (The Witch, Split) seem to have had a good time playing girls with icy demeanor. Cooke has previously played impertinent, unwell characters, although she’s thoroughly intriguing here, finding the perfect vocal cadences to bring out the dry wit. Taylor-Joy’s Lily is different from the porcelain-doll persona she’s so far played on-screen. It’s a self-effacing performance that makes the most out of every little gesture and pause.

Altogether, Thoroughbreds (92 minutes) is a strong directorial debut and a thoughtful genre exercise about the horrors lurking beneath the atmosphere of affluence.