Kriya’s idea on paper is a polarizing one. To horror aficionados, it may appear lustrous but it is not universally appealing. A DJ, Neel played by Noble Luke, hooks up with a girl, Sitara played by Navjot Randhawa, and is lead into her house upon her suggestion so that they can have some comfort. Things took a bizarre turn when Neel finds himself exposed to Sitara’s entire family mourning the death of the patriarch, her father. In a discomforting space, Neel is stuck with the dilemma for he wants sex but he doesn’t think this is the right time. Lust doesn’t let him escape completely when ludicrousness is in its infancy. Sitara lures him into staying by promising him everything he desires. A very odd situation is carved upon the skeleton of which a film is to be created. Sidharth Srinivasan, the director, throws Kriya against the support of the plot but alas, foundational weakness doesn’t allow it to stand and the film falls flat.

The enigmatic pop beginning hints at an exploration of the horrors of the human mind and its unpredictable nature. It suggests volatility to originate from trauma as it progresses. It places all bets on how the mystery will keep the audience rooting for every successive minute. But Kriya essentially forgets that a scared face against a number of angry faces cannot create mystery. Nor can the perplexity of one character against the confidence of others. If there is a larger scheme behind the chain of events then it has to be exposed with careful dialogue writing. If there is expressionism, there must be expressionism. If dialogues need absurdity, they must suggest that the rabbit on the moon killed the frog in my father’s throat. If there’s a simple linear narrative, exposition must be liberally employed.

Related to Kriya – Wildland [2020]: ‘Fantasia’ Review – Danish ‘Animal Kingdom’ is about the vicious circle of violence

Kriya rejects a lot of conventional-unconventional cinematic devices and depends completely upon the employment of the environment to render a terrifying experience that satisfies sensory demands. However, it strips the characters of screentime they require for development. As a result, motivations behind every action by every character never come out in a legible manner. And there’s only so much you can interpret from voids. You neither relate to any character in isolation, nor you feel some emotional attachment or detachment. What you feel, however, is a strange repulsion that is not an outcome of the nature of the characters or the way they have been written but an outcome of the way they’ve performed for the screen. 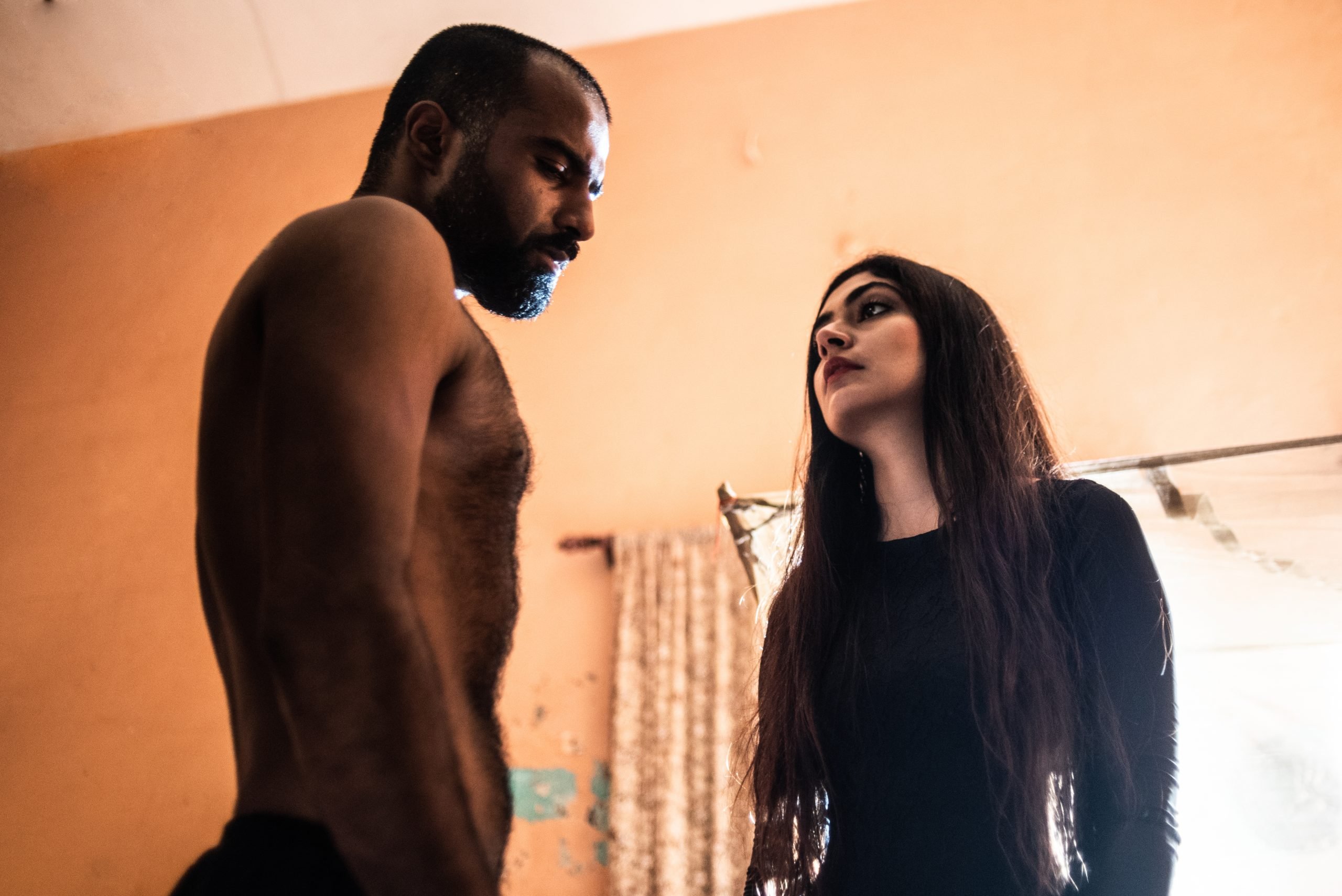 The actors perform outrageously. Almost as if it was the dramatization of a crime by a news channel funded by political parties. The dialogues sound uninteresting not because they are in Sanskritized Hindi for most of the characters but because they reveal the linguistic gap of the writer(s) with the register. They sound inorganic and eventually, absolutely unrequired as the film terminates.

Horror does not depend on how much information is rendered free but the weight of each piece of information. You cannot keep your protagonist asking everyone the state of affairs throughout. Our protagonist is neither challenged nor threatened. He is not running in fear for his life for the majority of screentime. He is repeatedly asking the same question while expressing false horror. Additionally, he has some trauma that is triggered. Something that is giving him momentary headaches and occasional jump scare.

Obviously, things are hinted to create ambiguity. But the intended outcome is not realized because rather than marveling at the ambiguous nature of the screenplay, the audience finds themselves at the liberty to infer the shallow-most interpretation of what is happening before them. The themes of patriarchy and gender-based discrimination are only touched at their surface. The story is overwhelmed by the effort to take relevant inspiration from Dogtooth but the effort yields almost nothing due to the almost inconsequential nature of the narrative. To elaborate, while the death of the patriarch should have been the principal source of mystery along with the happenings inside the house, what becomes instantly evident is that the patriarch’s wife and her clandestine relationship with the Pundit, performing the last rites of man, has something to do with the death. Perversion is conveyed but systematically appropriated misogyny fails to get rendered in an appreciative manner. Satire succumbs to pretensions. 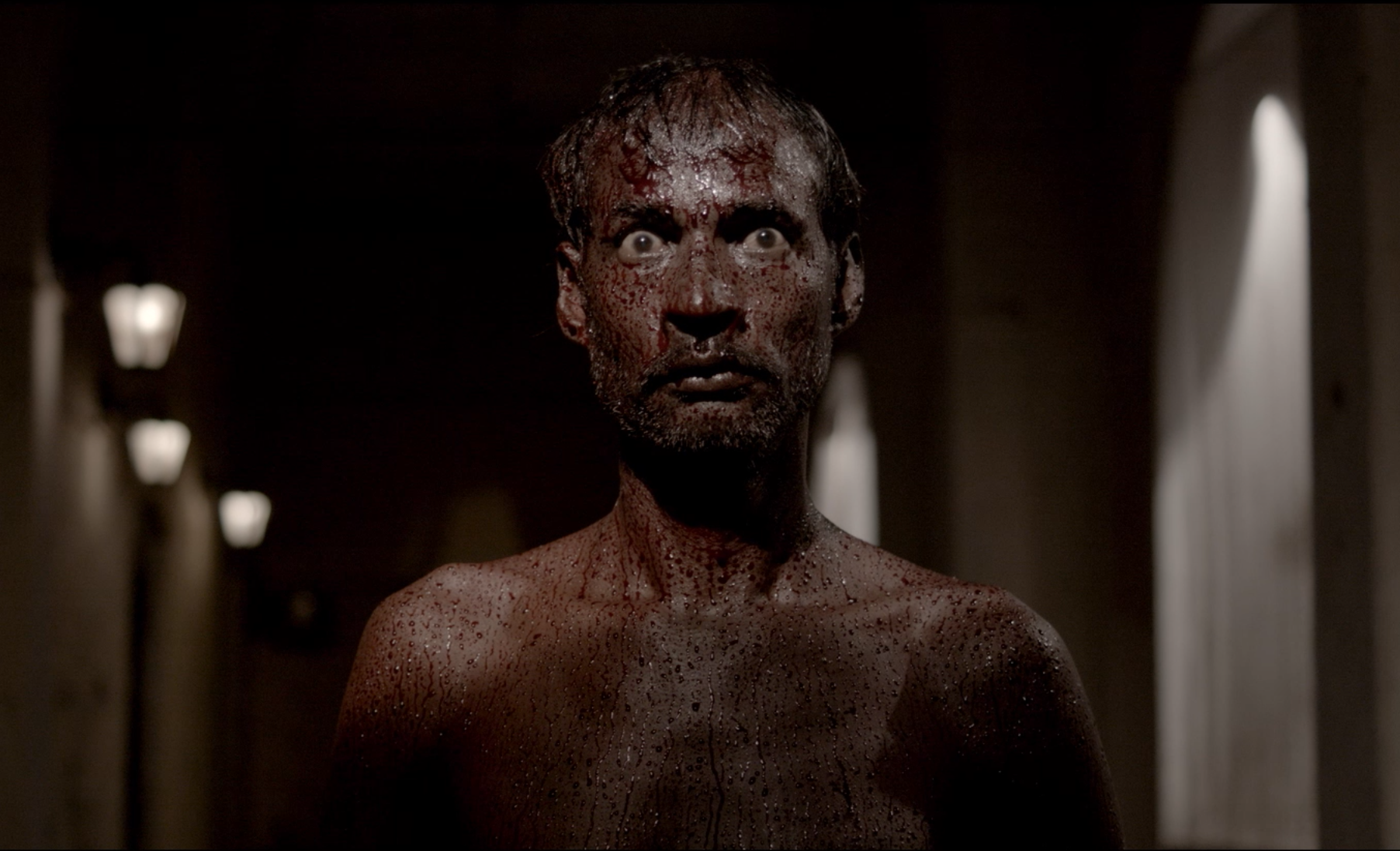 Maybe the filmmakers can reveal why they made certain choices but I failed to interpret any as a viewer. Almost every aspect is unengaging, uninteresting, unexciting, and unrewarding in Kriya. The most problematic thing that can wreck a horror film is the director’s continuous attempt to enforce a horrifying environment upon the screenplay. Trying to do something must not be exposed to such a degree that it starts dominating the result, and especially not when it cannot engage the audience. Allowing the narrative to gradually spread itself over the duration is one thing, filling the duration with a set of unexciting events in another. Kriya (2020) slowly suffocates to death in the congestion of its own attempts, leaving me with the realization of the futility of my experience.

THIS REVIEW ORIGINALLY RAN DURING THE 2020 FANTASIA INTERNATIONAL FILM FESTIVAL