Clairevoyant (2021) is a mockumentary-style film with a clear purpose – to blatantly poke fun out of the younger generation’s desire to achieve spirituality and the white privilege that often goes with it. However, despite parts of the film being both outlandish and comedy-driven, it also reflects the sad reality of always seeking more than what you have and wanting to be more than who you are.

The film focuses solely on Claire, played by Micaela Wittman, who is also the co-director and co-writer. Claire is filmed by her unseen cameraman, Earl, played by co-director Arthur De Larroche. Throughout the film, in an attempt to achieve enlightenment and gain knowledge on spirituality, Claire meets with a handful of experts. These so-called experts range from spiritual gurus, cultural representatives, religious figures, yoga teachers, and perhaps the strangest, non-duality teachers.

As Claire explores her perceived world of spirituality, her lack of knowledge on the subject is glaringly apparent. Like so many, Claire is able to use all the correct terminology regarding spirituality without any true meaning or sense behind it. This is possibly the first indication that she prefers to take on a different identity, simply repeating what others have said without truly understanding the meaning. In her attempts to understand enlightenment, something she struggles to define, Claire attaches any normal human feeling to supposed spiritual awakening in a humourous attempt to connect and understand with what she’s trying to express.

Alongside her lack of knowledge, the film highlights the white privilege and ignorance, often associated with misguided enlightenment and spirituality. From the outset, Claire states that she doesn’t consider financial support as ‘real support’ and says she would rather be poor. Privilege and entitlement can often come hand in hand, which is evident as Claire feels entitled to the knowledge regarding spirituality and expects immediate gratification. Claire is willing to pay money for pretentious ‘retreats’ and yoga classes, to ironically achieve a state of mind where money shouldn’t hold importance. 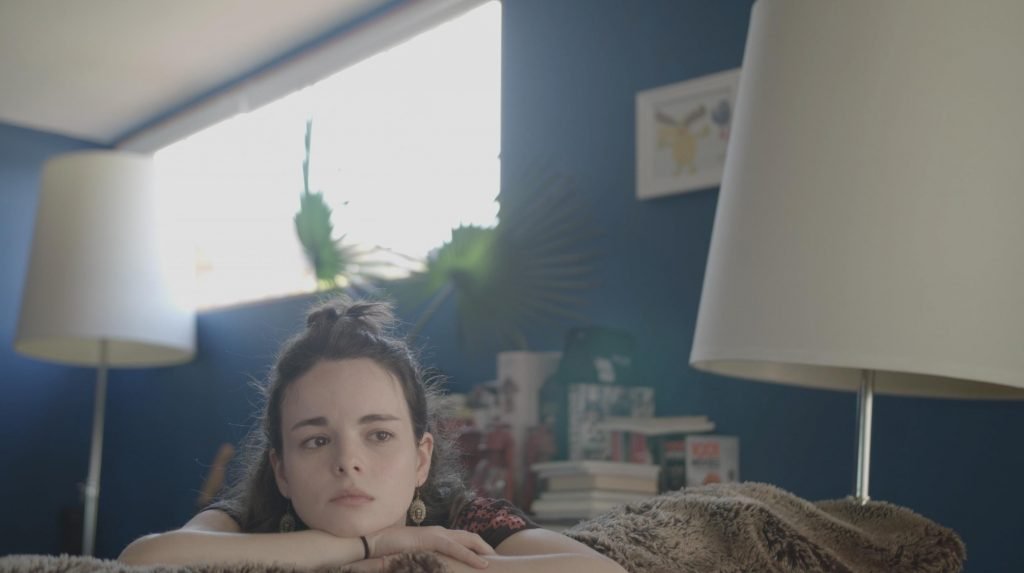 Claire’s ignorance and privilege are stark when she expects knowledge from other races and cultures but is only prepared to listen when it aligns with her growth-seeking journey. Claire tends to treat different cultures and religions as a tourist attraction and fails to see the relevance beyond her own desires. There are also plenty of nods to cultural appropriation, with Claire taking parts of different cultures and warping them to suit her Western ideals and preferences. Despite the obvious comedic nature, it’s an occurrence all too prevalent in today’s society.

In spite of her privilege and laughably insulting ignorance, you see Claire’s obvious attempts to disconnect from her present reality and become someone else. As the film is in a documentary style, we can see the image Claire presents Vs the truth of who she is. The rise of social media has given ordinary people the tools to create a constructed reality and appearance, which Claire demonstrates as she struggles not to break character. Sadly, like many others, this seems to derive from a place of insecurity and the need to please others. Projecting these false realities can push others to seek more than what they have, and in Claire’s case, further away from herself and anything that is considered ‘the norm.’

By the end of Clairevoyant (2021), it’s clear that Claire has been pursuing spirituality as a way to disconnect from her own reality. Ironic, as spirituality and enlightenment could be interpreted as connecting to your inner self, rather than running away from it. We see the disconnection from her true self externally through her various outlandish outfits, which change throughout the film. Yet again, this desire to construct an image and be someone you’re not is a stark reflection of the online world that increasingly surrounds us. For Claire, spiritual awakening meant eternal happiness, something she clearly didn’t feel could be achieved as her true self. Claire recognizes that her attempts to seek enlightenment were attempts to run away from her dissatisfaction in life, something she can’t explain or justify.

The bleak reality is that people, especially the younger generation, can be easily sucked into the online world of influencers, reality stars, and even enlightened gurus. They often present an unattainable image of how life should be lived according to their standards. This warped narrative leaves people feeling dissatisfied and unfulfilled with their current reality and can make people desperate to gain the same emotional, physical or spiritual state that the people on their screens are portraying. As this state is often constructed for the online world, it can be impossible to achieve, leaving you in the same place as Claire, confused and disgruntled with what reality has to offer.

10 Great Asian Films You Can Watch on Netflix