Personally speaking, I adore low-budget films. I adored them especially when they embrace their low-budget limitations to tell more grounded and realistic tales that matter. A film like “Go Chase Yourself” is the exact opposite. These are movies that fail to capitalize on their budget restraints and instead aim for something higher; something that is truly beyond their grasp. Not that it’s a sin to dream a little bigger, but darling when it comes to a raggedy attitude of ‘whatever works,’ then we sure have a problem.

Director Patrick Jerome’s film begins with a robbery. A trio of rookie criminals somehow lands with the info that a whole lot of money is been transported in a SWAT van. The first red flag for the film comes right here. The SWAT vehicle is actually a simple van that has been superimposed by badly done VFX to look like one. The creative choice is so baffling because the ‘SWAT’ word, in itself is written in such a lazy font that it’s the only thing that one notices within the frame.

Related to Go Chase Yourself – ADAPTATION [2002]: ETERNAL SUNSHINE OF A SCREENWRITER’S MIND

Now, there are a million ways to shoot a scene, and as someone who has never been behind the camera, I might not be the right person to tell this but the heist sequence could have ended up being way better only if director Jerome would have used a different angle. Something that would give a basic impression of a vehicle that is being looted.

Anyway, enough about that. The film then branches into two narratives. One includes the robbery that focuses on Rob (Jason Gervacio) and his present-day activities, and the other focuses on a deeply troubled and super-anxious woman named Maria (Amanda Rodriguez) who just randomly embarks on a journey in her car after she witnesses that strange things are happening around her. 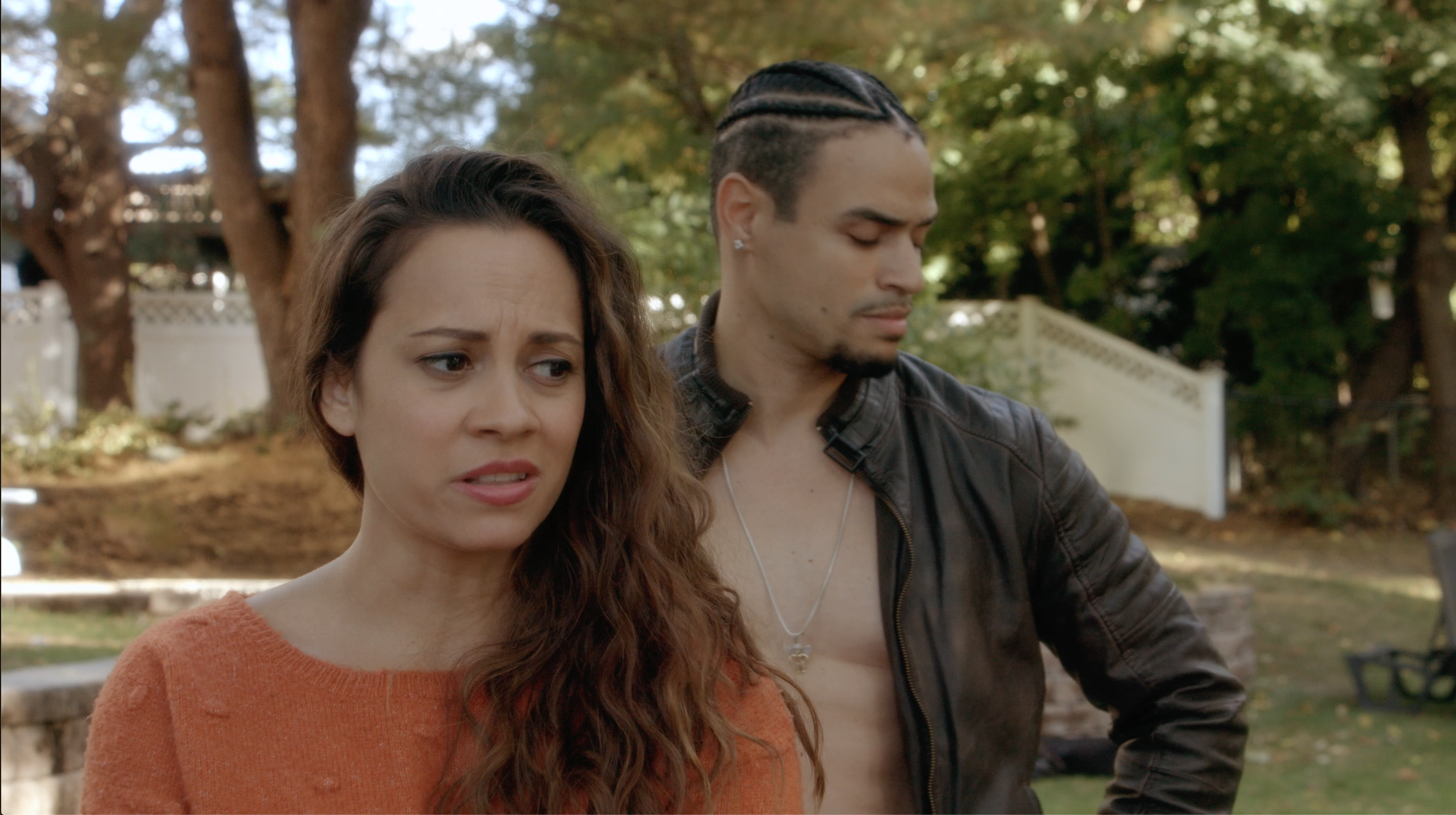 If that isn’t super random get a load of this. Go Chase Yourself is basically a super creepy and toxic love story that doesn’t know what it wants to do with its protagonist and the people around them. Rob is portrayed as this macho dude whose intentions are dicey as hell. I mean, even an onlooker can see through the sorry portrayal of a romantic that Jerome puts him under.

However, both his wife played by Tessa (Gretel Munday) and Maria seem to be in some kind of Rob-spell that I failed to fathom. To emphasize and believe in it, the director adds not one but two ‘kiss-montages’ to establish that Rob is a lover, in spite of being bad outside the sheets. CRINGE! To add to this, there are some truly inane and haphazardly conceived sequences that feature characters who come in and out of frames with little to no impact on the film whatsoever.

To top that off, the acting is just downright awful. You never believe in a single character and it feels like they are reading out of teleprompters that are hinged behind some bush in the frame. There’s a point in the film where two extremely arbitrary characters are seen using a camera capturing something murky. I can bet my money that this stupid sequence was later inserted into the film because the wafer-thin plot written by the writer forgot to make ends meet in a cohesive manner.

By the time the film reaches its sorry finale, you will either be bored out of your fucking mind or pulling your hair out. It’s the kind of film that believes that one can see their fate; as nature gives us all the signs. I hope Jerome foresaw that I would be writing about his film, endlessly cursing him for a sin that cinema would never forget.