Home»Reviews»Quo vadis, Aida? [2020] Review: A tense and terrifying retelling of the events leading up to the Srebrenica massacre
Reviews

Quo vadis, Aida? Review: July 1995, Bosnia. An announcement, on the speaker or radio, says that the town has “deadly shells” landing on it every second. The hospital it is announced in has just taken in 17 victims (with 57 severely injured). It ends with, “Does anyone in the world watch this tragedy taking place in Srebrenica?”

That last question leads Jasna Đuričić (playing Aida in a sensational and sensitive performance) to take a puff of her cigarette. Colonel Thom Karremans (Johan Heldenbergh) is smoking, too. The others exchange glances about the state of affairs in Srebrenica in a meeting room in writer-director Jasmila Žbanić’s accomplished ‘Quo vadis, Aida?’

“They have been issued a formal ultimatum. They have until 6 am to withdraw all their heavy weapons and if they fail to comply, NATO jets will attack their positions. There is nothing more to be done at this time,” says the Colonel. The “they” refers to the Bosnian Serb Army, an armed force that defied the entity of Bosnia and Herzegovina until 2006.

Aida translates this to the mayor in Bosnian, who returns apt sentiments. The Colonel uttered these words three days ago and the Serbs entered. He announced it to them two days ago, before they besieged the town. He reassured them that they would not come a centimetre closer and their tanks approach nearer by the minute. 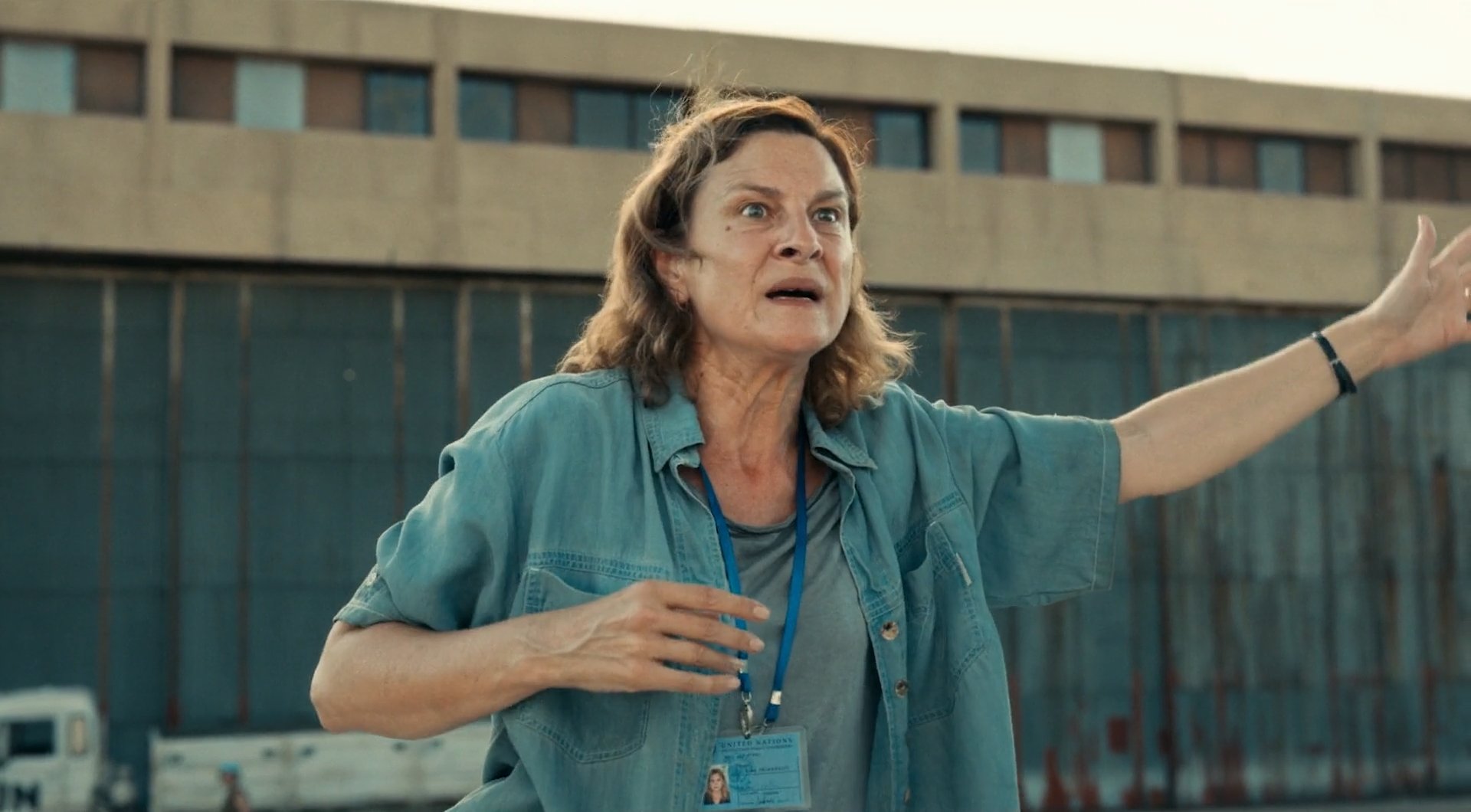 Based on real events and made with the collaboration of nine countries: Bosnia and Herzegovina, Austria, Germany, France, Netherlands, Norway, Poland, Romania, and Turkey; director Žbanić has also produced the film along with Damir Ibrahimović. In turn, the film makes room for four languages: Bosnian, English, Serbian, and Dutch.

The Colonel and Aida are a part of the United Nations. The former’s troop declared Srebrenica an international safe zone while the latter, as you might have guessed, is a translator. The cinematographer, Christine A Maier, shows us transition shots of the fire at night and the continuous tracks of Serb tanks during the day.

The whole town makes it to the UN headquarters the next morning as Serbs take over. Aida, meanwhile, goes looking for her family in the crowd. Her husband, Nihad (Izudin Bajrović) and her sons, Hamdija (Boris Ler) and Sejo (Dino Bajrović) have left home at dawn, too. Sejo is inside, but the other two are among a sea of people outside the gates, momentarily.

Also, Read – The 6 Best Body Horror Movies of All Time

General Ratko Mladić, the head of this Serb invasion (played with fervor and command by Boris Isaković) films a video saying that the town is a gift to the Serbian people. The Colonel and the UN, on the other hand, are so unprepared that neither do they have the resources in the base nor the authority to call an airstrike.

At 101 minutes, ‘Quo vadis, Aida?’ has a lot more to offer. There is even a flashback scene of Aida – smiling, laughing, dancing, modelling in 1991/92 – which makes up for the color otherwise missing from this serious film. The production design is by Hannes Salat; art by Zeljka Buric and Sabine Engelberg; and costumes by Malgorzata Karpiuk and Ellen Lens.

Aida was competing for best hair then. So, it only makes sense to mention the people behind hair and makeup: Regina Breitfellner, Lamija Hadzihasanovic, and Aleksandra Korizma. Even other than this brief sequence, the work done by this crew throughout the film helps in making the film, its characters, and locations, feel and look life-like; and the damage horrifying and lifeless. 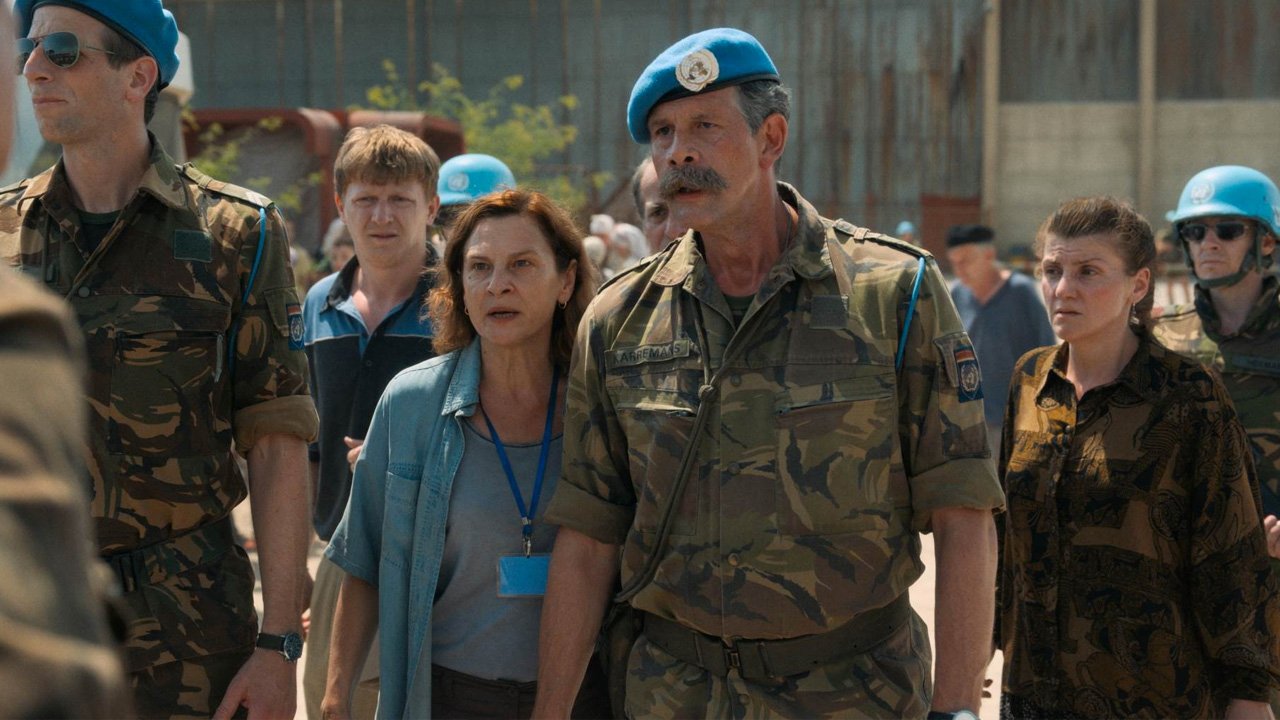 The intensity is essential and Žbanić cannot have it any other way. The results are chilling, leading to a drama that feels timely given the present situation in the Gaza strip. Every scene of this film wrings you with the horror that took place in July 1995. After a while, neither Jasna Đuričić’s reassuring face, nor Dino Bajrović’s handsome one offers any help.

Jarsolaw Kaminski’s choices in cutting the film at places are excellent – particularly in one of the final scenes. He and Đuričić put together a series of shots such as the vans coming back with drivers not making eye contact and smoking away or the classic shot of Aida against the barbed fence that has come to represent this film.

You cannot ignore the role religion had to play in all of this. The Serbs were targeting Muslims, and, by extension, the town at large. This idea of “cleansing” keeps recurring throughout the past and the present, which presupposes that the “cleansers” are “pure.”

Examples of communal harmony are often dismissed and rebutted with how the majority was and is wronged. References to history, if not mythology are the most common ones according to convenience. Some go to the extent of calling the practice “scientific” because who can raise a brow when you bring science into the picture.

In the hands of a mass murderer like the General in this film, such ideas are reinforced and beliefs intact. Support is gained and harboured and the misdoings and misdemeanours ignored. The General, who is more of a man with a movie camera, is more concerned about his image rather than whosoever is following him. 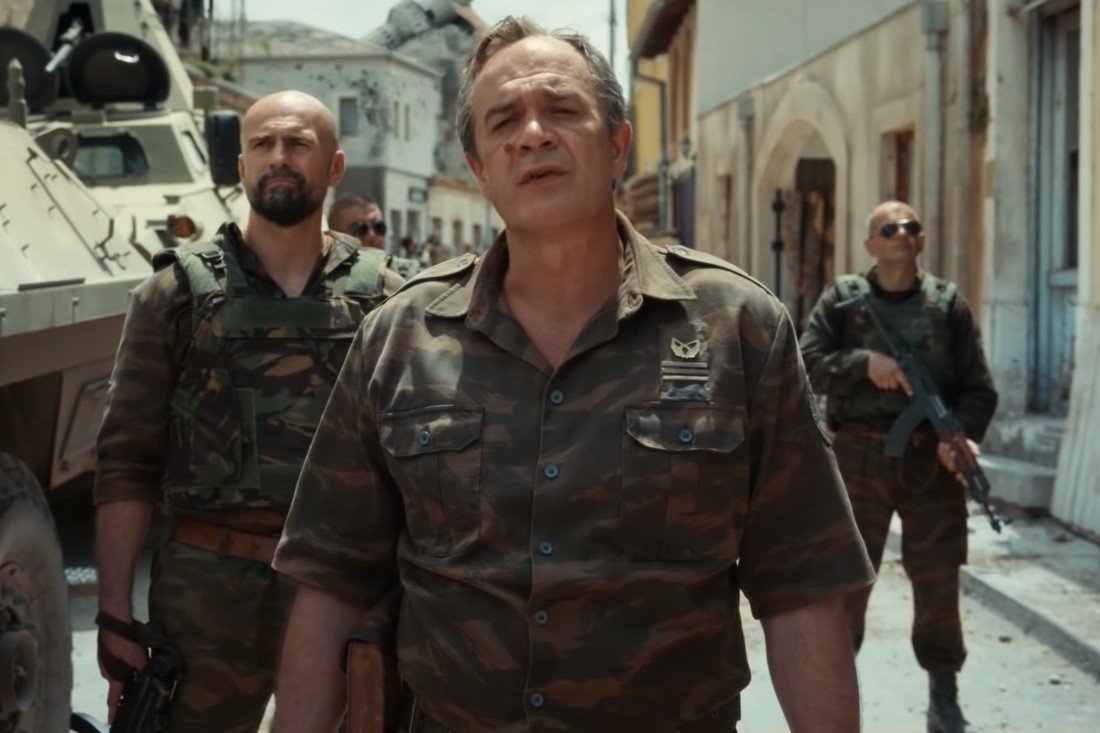 On the other hand, Kofi Annan, the then UN Secretary-General took four years and wrote, “Through error, misjudgement, and an inability to recognise the scope of evil confronting us, we failed to do our part to help save the people of Srebrenica from the Serb campaign of mass murder.” How tidy!

The Colonel recognised the “scope of evil.” What did he do in the film? He literally hands over all the men to the Major! That was his idea of truce and crowd management with nobody at the UN for support.

At one frustrating point early on, he demands to speak with his leader, followed by his deputy, and then the Secretary-General himself. When he does not get a response from anyone, he asks, “You are telling me that the entire UN chain of command is vacationing?”

It sounds filmy, but the helplessness and lack of any real change by this international body ring true in solving conflicts across the world to this day. “Where are you going, Aida?” is what Žbanić’s clever question of a title asks. Aida is a minion after all. She cannot even help her own family get inside the gates of the Srebrenica building.

Who does she help? Who can she help? How can she help? Where can she go? These questions remain unanswered, which is part of the filmmaker’s intention when the UN, headquartered in New York City needs to take a step or two towards humanity and the human rights of everyone.

How Haneke plays with the audience expectations in 'Funny Games'