Spotless (2022) Review: Ruby, a 15 years-old teenager played by Alicia Prinsen, wakes up one morning to realize that she has started menstruating. However, she does not belong to an economically well-off family and soon realizes they are out of tampons and have no money to afford them. Spotless, directed by Emma Branderhorst, is a short film that brings out the glaring but rarely talked about problem of period poverty that haunts approximately 500 million (according to BMC Women’s Health) menstruators across the world.

Before we proceed to discuss the film, it is imperative to understand period poverty. Simply put, period poverty refers to the lack of access to menstrual health and hygiene products, education, and disposal of menstrual waste options or sanitation. Because of period poverty, menstruators may face several physical, mental, and emotional challenges while navigating menstruation, for example, feeling humiliated in public, teenagers refusing to attend school on period days, etc. The causes of period poverty are primarily socio-economic, political, and cultural, leading to enforcing the stigma around menstruation. According to research data from 2019, low-income menstruators in the US often had to choose between buying food and menstrual products, while another research in 2020 by De Bovengrondse confirmed that around 10% of young menstruators in the Netherlands could not afford to buy menstrual products.

While there has been little research in this field before 2016 to be able to compare the data, leaders have taken active efforts worldwide to engage in a more informed conversation around menstrual health and hygiene in the past few years. In fact, in 2020, Scotland became the first country in the world to provide free menstrual products (sanitary napkins and tampons) for girls and women. However, many countries across the globe are still struggling to help provide a safe, hygienic, and affordable space for menstruators. In this light, the film in conversation, Spotless, becomes an engaging and essential watch. 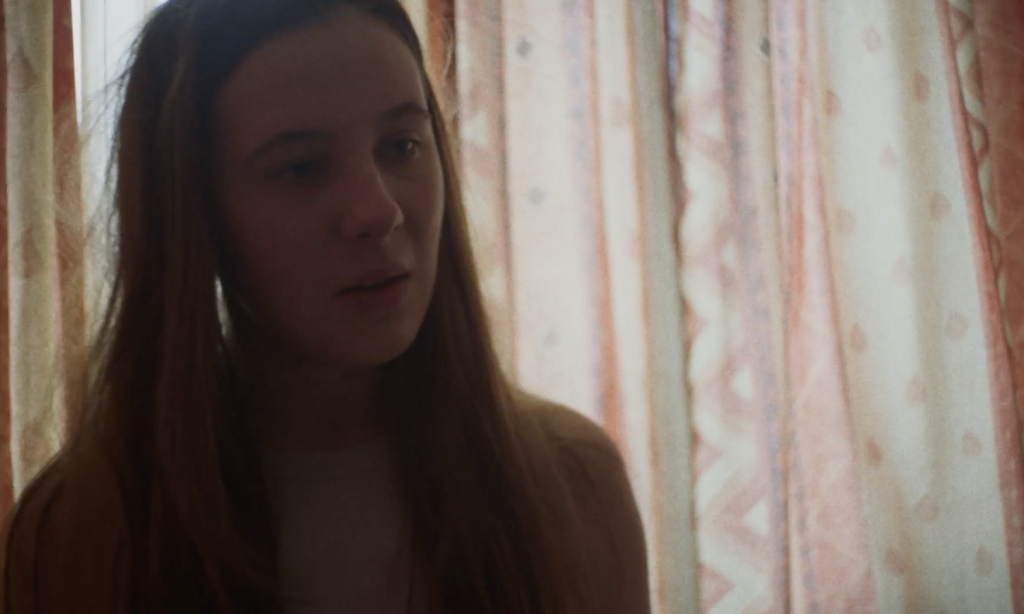 Branderhorst is unafraid to show us period blood. It is a bold move to open the film with the shot of Ruby asleep on her bed, lying face down, in stained underwear. The audience is made aware of the crisis at hand, and we are only waiting for Ruby to find it out herself. Interestingly, the revelation does not happen behind closed doors. In another scene, when Ruby is washing a used tampon, the director lets us have a sneak peek at it – blood and water running down a bloated tampon that looks like an injured finger. As I watched it, I wondered if people even know how tampons, the small chalk-like sanitary products, even work. This fearlessness to portray blood, rather period blood, on screen has to be one of my favorite takeaways from the film. Further, the use of a muted color palette in the movie stands out as a contrast to the color of the menstrual blood, giving it more space for visual impact.

What stands out in the film then is Ruby’s shame about her own periods and how her social image and relations are defined by her lack of access to menstrual products. Branderhorst intentionally frames Ruby’s face closely when she is at school and engaged in playing games. She is all fun and frolic, a regular teenager until someone points out that she is bleeding. Kudos to Prinsen for bringing alive the shame of such a humiliating discovery so hauntingly on the screen. In another small but significant scene, Branderhorst shows us how Ruby’s relationship with her friend in school is materialistic, also signifying the glaring difference between teenagers who can and cannot afford sanitary products.

What keeps the short film, Spotless from becoming a preachy social-issues drama is its lack of desire to draw a conclusion to the crises faced by Ruby, a teenage menstruator facing the brunt of period poverty. There is no savior at the end of this film except data and numbers to show us that Ruby is a metaphor for the numerous others who go through similar, if not worse, situations in their everyday life while navigating the most commonplace biological mechanism, menstruation. Would I have liked it if the film could better explore Ruby’s social relations? Yes. But I am happy with how much it aims for and successfully achieves in the process, becoming a conversation starter about period poverty in popular culture. Spotless is a beautifully shot and resonant call for action.