Home»Essays»On Class and Queer Love: The Particularity of Films about Migrants Pride
Essays

“I just want to be with someone who can make me forget.”

This line from one of the characters in the film “We Don’t Dance for Nothing,” which tackles the dilemma faced by Filipino domestic helpers in Hong Kong, encapsulates the additional layer of complexity in terms of sexuality for migrant workers.

For some migrant workers, however, the process could be highly buttressed by existential reasons as entering a same-sex relationship could be about having a necessary support system in a foreign land.

It doesn’t mean the love is not real – it just means the purpose of being with someone, whether it’s through a heteronormative relationship or a homosexual one, goes beyond the romantic.

In the documentaries “Lesbian Factory” and “Rainbow Popcorn,” the journey of coming to terms with one’s sexuality also enter various milestones as the women, who worked in factories in Taipei a decade ago, found comfort and refuge with other women at a time when they were being treated unfairly in their workplaces in Taipei.

When they got back to the Philippines, however, most of these relationships between the women have ended. Some, including those who were called “butch” lesbians due to having a more traditional masculine appearance when they were still in Taipei, eventually chose to settle down with cisgender men. On the other hand, there were female migrant workers in Taipei who, while not involved in same-sex relationships than when they were still in Taiwan, came out as lesbians when they returned to their Motherland.

There is nothing wrong with this. Sexuality is, after all, fluid. What it tells us however is that one’s circumstances and reality, influenced by the conditions one is during that time, all the more vivify the value of different kinds of relationships. 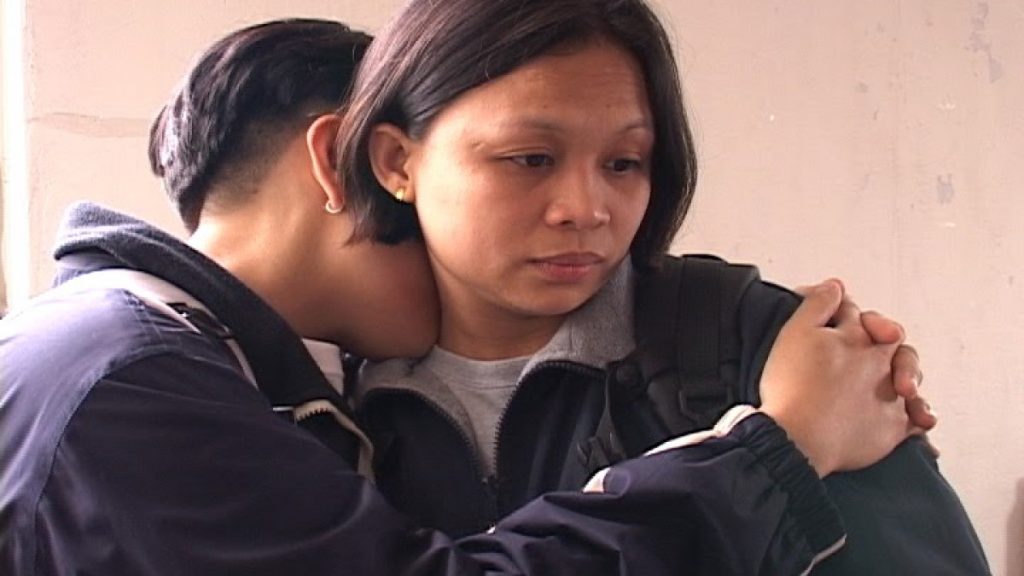 Being with someone takes on a different meaning and purpose and just becomes all the more personal for a migrant worker. There is the element of being far away from the familiar, with the notion of the home being challenged ever so often. But more than this, we see the dominance of class differences and power dynamics inevitably defining who loves who and why. Love and labor are inextricably, invariably, intertwined.

This is precisely the reason why aside from Pride Month, we have Migrants Pride.

“The Migrants Pride mainly aims to highlight the particular issues of LGBTQI migrants that are usually beyond discrimination and acceptance. LGBTQI, in general, are discriminated against because of homophobia but there is double discrimination when you’re already a migrant worker and then you’re also part of the LGBTQI community,” Shiela Tebia Bonifacio, chairwoman of the Gabriela chapter in Hong Kong, an organization advocating for human rights, said.

Previous Migrants Pride celebrations in Hong Kong have not only called for equality but have also illumined the fight for better wages and working conditions. This delineates the clear distinction that migrant workers are not ex-pats – hence, love, romance, all of these, are seen through very, very different lenses.

Films that do dare capture the unique precarity and passion of being a queer migrant worker are far and in between, however. This is regretful because, in a globalized world, migrant workers are everywhere and so are their stories of searching and finding love. It’s an interesting tale to tell as it already is, complex and definitely not one-dimensional, sexual as well as political.

Just imagine: films like these have the potential to show queer love beyond the usual tropes and outside the same storytelling shticks. Beyond the issues of coming out and identity crisis, films like these could ground a person to the very visceral necessities of finding ways to put food on the table, fulfilling filial responsibilities, and wrestling with the dilemma to bite the hand that feeds you or to just goes with the flow because of very limited economic agency.

In the age of Netflix where queer love has often been portrayed between people from the middle class, there is a glut of films that capture the realities of those that are often victims of structural poverty. Class affects everything. Class hierarchy and economic boundaries could lead to one’s predisposition to be romantically involved with someone with the same economic background and maybe arguably be much more pronounced for migrant workers, even with the same race or ethnicity because again, class affects everything.

Even love. Even queerness. So yes, when it comes to migrant workers, same-sex relationships could be about affection, romance, and sometimes, just being with someone who can make them forget.