Hollywood’s latest slate of summer blockbuster extravaganzas left a sour taste in many cinemagoer’s mouths with many bloggers asking if this was “The worst summer ever for movies?” While the major Hollywood studios were busy churning out countless sequels, reboots and nostalgia pieces, a small independent distributor based out of New York called A24 was quietly releasing some of the most original films of the year. Films like Green Room, The Lobster, and Swiss Army Man prove that fresh filmmaking voices are still out there, and, if given a chance, are capable of churning out work that can challenge the kinds of audiences that still crave originality. Right now, the only film distributor seemingly willing to give some of these rising young filmmakers a platform is A24.

In the span of 4 short years, A24 has quickly emerged as perhaps the most important independent film distributor in America. Since its inception in 2012, the company is responsible for distributing such indie darlings as Spring Breakers, The Spectacular Now, Under the Skin, Obvious Child, Ex Machina, Room, The Witch, Moonlight and the aforementioned 3 films, to name but a few. Arguably no other distributor has amassed as impressive a library of films in such a short span of time and not since the early days of Miramax has an independent distributor taken Hollywood by storm quite like A24 has these last few years. Typically, whenever its name is attached to a film, you’re bound to have something worthy of discussion whenever you exit the theatre, unlike the vast majority of drivel that has come out of the major studios recently.

The company was founded in August of 2012 by a trio of hungry young executives with a shared goal in mind of getting small, experimental arthouse favorites out in front of as many eyeballs as possible. It was the collective visions of Daniel Katz, David Fenkel, and John Hodges, three industry veterans in their own right, who based their new company out of New York City, or a full 3000 miles away from the glitz and glamour of Hollywood, thereby heightening the outsider image of their brand even more. To this day, the company still houses its headquarters in New York where it now staffs several dozen employees, none of them over the age of 43.

The company hit the ground running from its inception by getting behind former enfant terrible Harmony Korine’s trippy neon-soaked “beach noir” Spring Breakers. The film drew considerable advanced buzz for starring a pair of former Disney starlets (Vanessa Hudgens & Selena Gomez) in very provocative roles playing a pair of college-aged girls running amuck during their spring break in Florida. While Gomez and Hudgens carried the majority of the headlines heading into the film, it was James Franco who everybody was talking about once the credits rolled. That’s because Franco completely disappeared into the role of “Alien”, a local drug dealer and aspiring rapper who takes Gomez and Hudgens, along with Ashley Benson and Rachel Korine under his wing. Spring Breakers toured the festival circuit in the fall of 2012 before opening in limited release in March of 2013 where it quickly polarized both audiences and critics alike. Regardless if you love it or hate it, there’s no denying that Spring Breakers is easily one of the most fascinating films to come out in recent years and it was an important first step for A24 who reaped the rewards of the film’s success to the tune of $14 million. 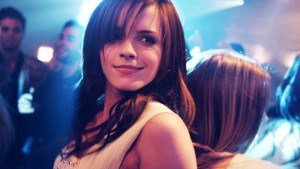 Following the success of Spring Breakers, A24 rounded out its 2013 release schedule by releasing a pair of films centered around young people in varying degrees of unrest. The first, Sofia Coppola’s The Bling Ring, coincidentally shared many overlapping themes with Spring Breakers as it also focused on white kids from pampered backgrounds committing various illegal acts. While it could be argued that Coppola is just as unpredictable a filmmaker as Korine, her experiment in upper-middle-class delinquency, while occasionally enjoyable, was nowhere near as successful as Spring Breakers.

The second, James Ponsoldt’s engrossing high school drama The Spectacular Now, starred a pair of teen idols on the cusp of superstardom, Miles Teller and Shailene Woodley. The film premiered at the Sundance Film Festival that year to widespread critical acclaim before being theatrically released in the summer of 2013. Since it’s release the film appears to have flown under the radar somewhat which is unfortunate because it’s something of a lost little gem.

2014 is when the floodgates really started to open for A24 as they helped distribute no less than 8 films in that calendar year alone. In 2014, A24 took us on one long lonely car ride with Tom Hardy in Locke. They took us on a twisted journey inside the mind(s) of Jake Gyllenhaal in director Denis Villeneuve’s Enemy.  It was also the year that Jenny Slate valiantly attempted to destigmatize abortion in Gillian Robespierre’s lovely, heartfelt Obvious Child. Things got a little weird with The Rover, writer/ director David Michôd’s follow-up to his acclaimed 2010 crime drama Animal Kingdom. The post-apocalyptic western featured Robert Pattinson playing a mentally challenged man navigating the dangerous Australian Outback alongside Guy Pearce’s desperate loner.

In A24’s highest budgeted film to date, A Most Violent Year, J.C. Chandor’s $20 million period piece explored urban crime and corruption in 1981 New York during that city’s most violent year on record. The film proved to be a critical smash if not quite a commercial one. Perhaps A24’s most noteworthy release of 2014 was Jonathan Glazer’s disturbingly opaque sci-fi/ horror pastiche Under the Skin. The film starred Scarlett Johansson as an extraterrestrial seductress praying on some of earth’s most vulnerable men. The film continued A24’s tradition of releasing some of the more challenging, and sometimes even polarizing, feature films in recent memory.

2015 proved to be another fruitful (and golden) year for the rapidly-expanding distributor. It was in 2015 that A24 scored their biggest box office hit to date with Alex Garland’s Ex Machina. The film, a trippy (there’s that word again!) sci-fi that occasionally dipped its toes into the realm of psychological horror and, not unlike Under The Skin before it, seemed like something that the evil spawn of Kubrick and Hitchcock would come up with. Both critics and audiences responded in kind as the film turned into a sleeper arthouse hit at the box office that summer ($25 million gross on a $15 million budget) as well as being one of the most critically acclaimed films of the year.

The Academy of Motion Picture Arts and Sciences also approved of the film as it earned 2 Oscar nominations and it became the unlikely winner of the Academy Award for Best Visual Effects. The film was far from A24’s only major player at the Oscars that year as it picked up even more nominations with Lenny Abrahamson’s powerfully moving Room. The film earned a total of 4 nominations and became A24’s first film to be nominated for Best Picture. The film picked up additional nominations for Best Director and Best Adapted Screenplay and Brie Larson earned the Academy Award for Best Actress for her devastating performance as a young mother raising her child while both are being held captive by an unnamed kidnapper within the confines of a single room.

Like countless other moviegoers, the film struck a raw emotional nerve with me personally and I found myself overcome with emotion on more than one occasion over the course of the film. Ex Machina and Room proved to be only the tip of the iceberg in a packed year that saw A24 release everything from Noah Baumbach’s adult dramedy While We’re Young, to the poignant David Foster Wallace biopic The End of the Tour, to criminally underseen and underrated little gems like Slow West and Anna Boden and Ryan Fleck’s Mississippi Grind. It was also in 2015 that A24 tried its hand at some non-fiction for the first time by distributing Asif Kapadia’s Amy, a documentary about the life and times of English soul singer Amy Winehouse who died tragically at the age of 27 in 2011. The documentary proved to be a success across the board becoming the second highest grossing documentary of 2015 as well as taking home the Academy Award for Best Documentary, the 3rd such award that A24 took home that night. 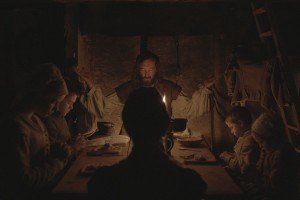 In 2016, A24 continued their remarkably consistent run of churning out quality as well as quantity. They kicked off the year with a bang by releasing David Eggers’ supernatural horror film The Witch about a 17th century New England family being terrorized by the titular demonic entity. Ironically enough, Spring Breakers and The Witch were two of my most interesting theatregoing experiences in recent years as the audiences I shared in both screenings responded with open contempt towards both films, obviously dissatisfied with the left of center directions that both films took. I couldn’t have cared less whether they liked the films or not, I knew I was being treated to something uniquely different in both cases and I was happy to go along for the ride. Regardless of its polarizing response, The Witch did quite well at the box office considering its relatively minor budget and I’m excited to see where Eggers’ career takes him now.

A few months later, A24 released Jeremy Saulnier’s ultra-intense punk rock/neo-Nazi  thriller Green Room. The film is perhaps most notable for featuring one of the final performances of Anton Yelchin who died way before his time earlier this summer and for featuring a rare villainous performance from the great Patrick Stewart who plays the coldly methodical ringleader of the neo-Nazis. The film is easily one of the most chilling and tense films to come out in this year.

Meanwhile Greek director Yorgos Lanthimos’ The Lobster is perhaps one of the most bizarre and oddly touching film’s to come out in quite some time. The film is set in a dystopian future where adult singles are shuttled to a remote hotel where they then have 45 days to find a suitable partner or they’re transformed into an animal of their choice. If this were indeed the case today, I would’ve been turned into a chinchilla  or something a long time ago. In any case, the film is as unique a film as any I’ve seen. Speaking of unique, you might’ve heard about the one where Daniel Radcliffe plays a farting corpse? Yeah that movie was Swiss Army Man and it created quite a stir when it premiered at Sundance earlier this year so naturally A24 had to purchase U.S. distribution rights for the film. The film’s star Paul Dano said that the vision of the film’s two directors, Daniel Scheiner and Daniel Kwan, was to make the audience laugh the first time a character passed gas and to make them cry the last time someone broke wind and I think it’s safe to say the film accomplishes just that which is no easy feat.

A24’s biggest Oscar contender this year is undoubtedly Moonlight, the sophomore film from writer/ director Barry Jenkins. Moonlight also happens to be the first film almost completely developed in-house by the distributor as no other studio proved willing to take a chance on Jenkins’ screenplay about a young black man slowly coming to grips with his own homosexuality. The gamble has paid off huge so far as the film is being hailed by many critics as among the very best that 2016 has to offer. While I wouldn’t quite go that far, the film unquestionably does offer a lot to admire.  Recently released is Mike Mills’ 20th Century Women starring Annette Benning which is poised to be yet another major Oscar contender when all is said and done. Regardless of who or what gets nominated this year, I know one thing’s for certain, I’m already looking forward to seeing what A24 has in store for 2017.

Men (2022): A Lush Allegory That Does Not Skimp On Scares