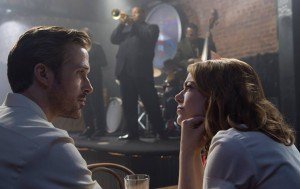 I watched LA LA LAND almost a month ago. I wanted to write about it. But even after scratching this and that for the last four weeks, I couldn’t manage to come up with anything constructive. The problem was I didn’t want to write a review or an analytical piece. I didn’t have the intention or willingness to dissect this film on technical grounds. What I really wanted was to show my love for it and for that, I needed proper words and those words didn’t come to me. No matter what words I tried, they didn’t feel right.

But now, as I saw the Damien Chazelle musical wrecking the Golden Globe and doing a clean sweep this morning, I finally felt that I could write something after all, which can express my unabashed love for this movie, at least to a certain extent.

Here I give it a try.

As much as I loved Chazelle’s Whiplash (a brilliant, extremely impactful one-time-watch) I was skeptical about the Ryan Gosling-Emma Stone starrer modern-day musical because this particular genre has never been a favorite of mine. If musical as a genre has been north pole then I, as a movie enthusiast have always preferred to stay at the South Pole. I have nothing against the genre, but musicals (barring The Sound of Music and few others) have never worked for me.

Well, the moment Chazelle took us into the middle of the busy LA road full of traffic and the people started to stand on the roof of their cars, singing and dancing to “Another Day of Sun”, I could feel all my inhibitions about musical leaving me for good. For the next two hours, I experienced being exuberantly happy to mildly depressed to completely mesmerized. As Mia and Sebastian waltzed through the season of Spring, Summer, Fall, Winter, and Spring; I cheered for their love, wished for them to be successful, my heart broke when they failed, and occasionally I even felt an extreme urge of standing on the seat and dance my heart out with those two. And as I went back to home, dazed and (somewhat) confused about whether the ending was happy or sad (coming to this, in a paragraph or two), I felt my soul still wandering around the neon-drenched streets of LA. Walking around the city of stars, I could hear the faint sound of something being played at a jazz bar nearby.

Which brings me to Justin Hurwitz’s phenomenal soundtrack. Imagine a beautiful evening in an unknown city, when you have gone out to take a leisurely stroll. After walking a little, you enter a park and meet a beautiful woman. You have never seen her before, but you two hit it off instantly. As the night comes, you two leave the park together and roam the empty streets of the city while talking, and just talking. You talk about the things you love, the things you are passionate about, the dreams you have and everything about which you two couldn’t tell anyone before. And then you wake up and realize all of this was a dream and you feel sad about it, while still basking in the afterglow of happiness that this dream was. For the past one month, I have been playing the soundtrack almost every evening while commuting back to home from work, and it feels exactly the way I described.

Coming to the ending, which kind of divided people into two groups, one of which believes it to be a tragic conclusion, while the other group likes to think it as a hopeful ending where the two people follow their passions and achieve their dreams, successfully. 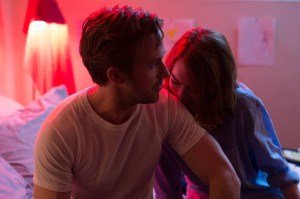 The film, in my opinion, was always about passion. It was a love story like most musicals are, yes, but here the love for art was greater than the love between the two people. Mia and Sebastian were two passionate people who fell in love, and the love they had for each other acted as a positive catalyst, by always adding fuel to their dreams of going after their respective passions no matter what happened. They understood the necessity of art in order to survive the mundane called life, and they didn’t hesitate to sacrifice their love for it but found contentment separately. The final scene, where they both look at each other and nod in appreciation is an implication of that contentment.

Thank you, Damien Chazelle, Ryan Gosling, Emma Stone, Justin Hurwitz and everyone associated with this film.

Horace and Pete: The comedy in the tragedy