Created by the genius that he is, Louis C.K’s Horace & Pete is the most distinctive experiment that happened in 2016. A singular, absolutely bizarre comedy about two brothers who own a bar. A show that feels like theater but in all it’s totality –  a show that feels like life, or a show imitating life, or probably both. The reason why I greatly admire Horace and Pete is exactly the reason why it didn’t get the love it deserved. Shot in absolute secrecy, CK’s Horace and Pete can be best described by the strangeness of Roy Andersson’s humor in The Living Trilogy (You, The Living, Song From The Second Floor & A Pigeon Sat On A Branch Reflecting on Existence). The way CK evokes subtle laughter out of his odd characters makes you want to kill a bug that has been humming near your ear for hours. CK triumphs in bringing the tragedy in the comedy and the comedy in the tragedy to the foreground without shaking you upside down. The real genius lies in all the mundane sweeping, dusting & disputes that make you feel at home, make you want to sob as you take a weary old bottle off the shelf and reminiscent over the remain at Horace and Pete.

The creative mind that works behind Horace & Pete taps into the theme of procuring the zaniness of situations. Situations that call for unwelcoming, mournful memories that can’t be washed away by walking over them. The very first frame of Horace & Pete slowly sheds light onto the stage that feels too reclusive to step into. In a matter of minutes, we get to know the Horace (Louis C.K.) and Pete (Steve Buscemi) are the owners of this 100-year-old Irish Bar which is skedaddled over to them through 7 generations down the line. The bar features an array of fascinating characters who are intentionally boring and depressing. The nihilists, the sardonic, the pessimists, the anti-militarist, the existentialist, the crazies and the assholes fill up the bar with conversations that are a slice-of-life that you don’t want to be aware of but are still deeply fascinated by. 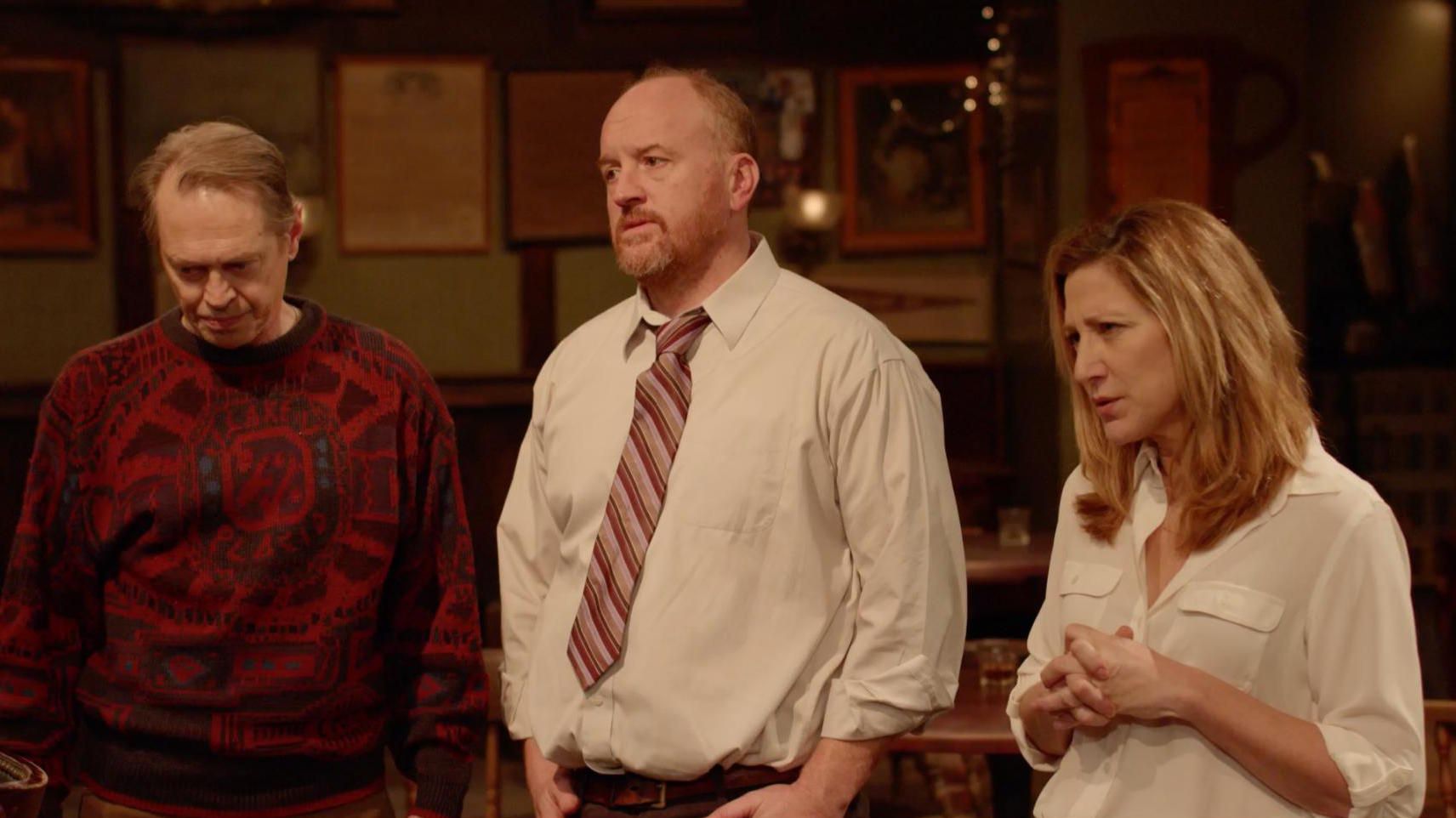 Horace & Pete is about the cumulative illusion of trying to follow up on previously set rules. About the disputes and regrets that have been hidden under the rug for far too long. The distinctive eye for superfluous writing only brings us to a grim and devastating conclusion – There are places which you don’t wish to go, but there’s no other place that gives you any idea of belonging. It’s like the most heady hangover you have ever had. While most of the things in Horace & Pete go on with casual proceedings, the deeply uncomfortable revelations are truly unsettling and darkly hilarious. Most of the chuckles come out of Uncle Pete, a foul-mouthed, old bastard who unleashes insults like watering down pints of beer which are not allowed into the bar.

The sadness that stands over the shadow of Horace & Pete only enhances the fact that there are very few people who have actually seen it. Louis C.K who not only created, wrote and directed the show but also produced it, wasn’t even able to make out all that he had spent. Somewhere in the show Uncle Pete says “A pissant is an insect with no value, but smells like piss. At least a cocksucker can do something, suck cock. But a pissant just sits there in the doorjamb smelling like piss.” For the people who haven’t seen the show, it’s high time you did. Don’t be a pissant as you are one of those people who surely needs a drink at Horace and Pete.

P.S: The third episode is the series features a 25-minute monologue and is possibly the best-written episode you’ll ever see.

YOU CAN BUY THE ENTIRE SHOW FOR 31$ Here.