Jungle (Season 1) Recap & Ending Explained – Actions have consequences. These three words are the cornerstone of a futuristic rap drama set in what they say is London, but the bridge shown in episode two is certainly not from (London). Perhaps the makers took advantage of the futuristic setting and changed things around. However, there is no doubt about the country in which Jungle is set in owing to the actors’ accents and the fact that places like Salford and Luton were referenced in the script.

I say the word futuristic, as the film is set in a city dominated by neon signs and billboards. When the camera moved from Gogo and Slim to the sky, I recall seeing a Blade Runner-esque city. Is this just real life, or is it fantasy?… No escape from reality. Is this even real? The narrator confirms that Jungle is a story.

In the second half of the series, Bianca spoke about how everything is beautiful, and one just needs to look at it the right way. Jungle looks beautiful, with a Blade Runner-esque setting and astounding visuals accompanying characters as they drop dialogues in the form of rhymes. It has thought-provoking messages.

Amazon Prime really pushed the boundaries with a TV series rap musical. Seeing the characters spew lyrical dialogue with trap music accompanying them was a novel touch. Even if the manner of delivery seemed odd for a natural response to certain scenarios/accusations. However, the decision to throw in two stories, and botched execution of everything except the visuals, resulted in Jungle being a chaotic mess. Kind of like a jungle, really.

The show begins with a narrator’s voiceover on reality and stories, claiming that a story will permit someone to forget about something when they shut off the TV. He then accepted that Jungle is a story and took the audience to the beginning. Gogo and Slim are off to ‘The Tower of Gold’ to pull off a heist, but things go south as a phone rings. They weren’t supposed to carry phones to the venue. Once Aimer taunts Gogo, Slim shoots him dead. The slow motion of the shot here showed the bullet leaving Slim’s gun, penetrating the neck, and splattering blood all over. This was reflected in Gogo’s horror-filled eyes, as he couldn’t believe what had just happened. The incident shook him and he wanted to leave his role for good as he had a pregnant girlfriend and did not want to be in a life of crime. She sensed something was off once he returned home from his ‘job’.

Unfortunately, the notion of just quitting wasn’t simple, as Aimer’s brother, 6ix, was out for revenge. His squad ruthlessly pursued every lead as they sought to get back at Gogo.

The troubled hoodlum resorted to the pawnbroker (Mia) to fence the watch he stole but refused to just leave it there. They agreed that she would call him and procure the watch for a prospective buyer within the hour. Eventually, 6ix cornered her and broke her casual exterior as they ransacked her rooms and poured a flammable liquid on her. She called Gogo under duress, and he sensed something was off. 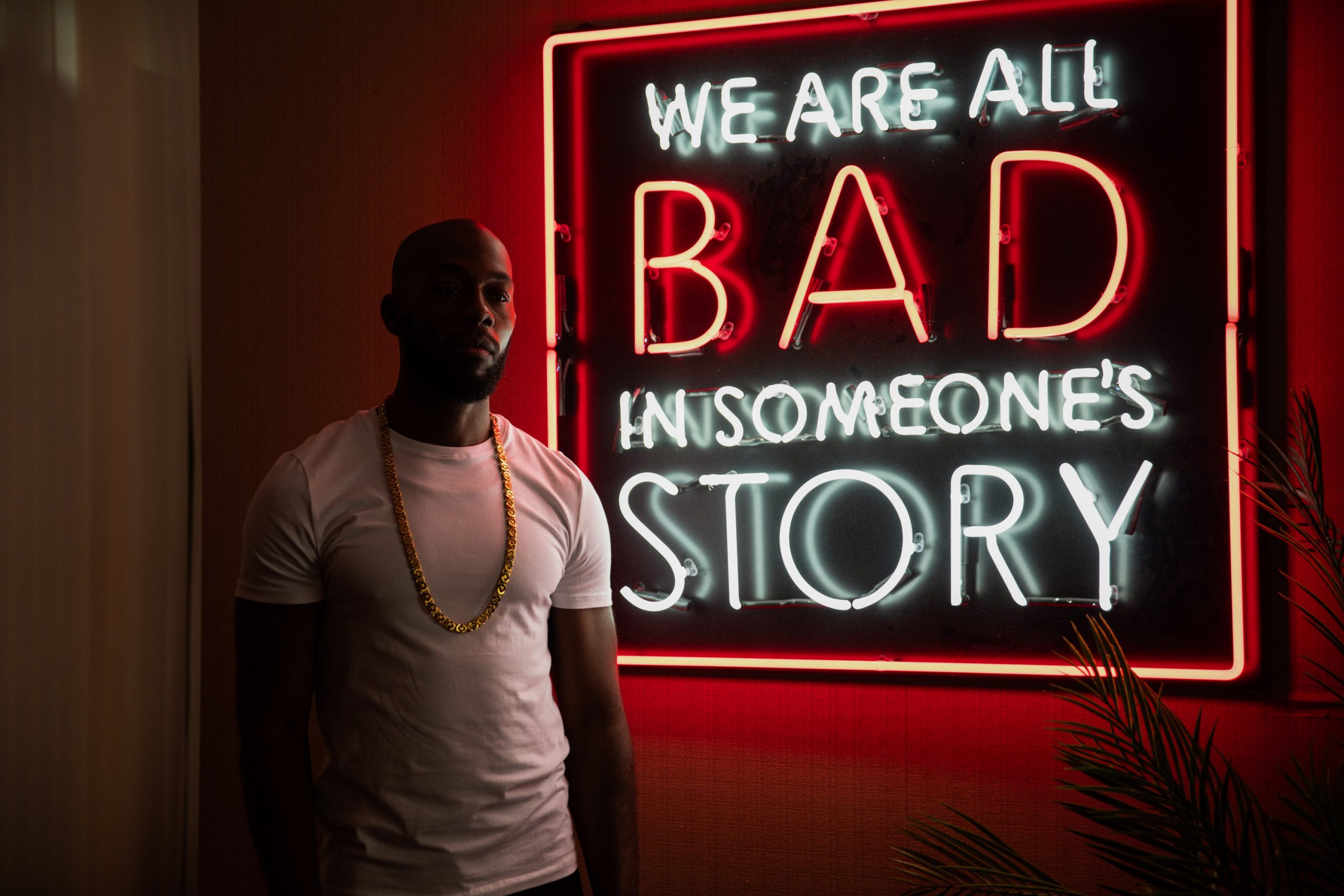 6ix cornered Gogo, but couldn’t shoot him as the cops were around at the rendezvous for an unrelated matter. However, at this point, both parties knew each other, thereby setting up things. Gogo had an internal conflict and engaged in a rap battle with two other personas of his own. Slim chastises Gogo when they rendezvous in a car, telling him that he can’t dictate what he is owed. ‘I owe you nothing” is the exact thing he got told.

Meanwhile, 6ix has a whole biker gang ready and they rap before what looks like a building ablaze. 6ix gets double-crossed or feels like he is double-crossed. This is the case with Gogo, as well as the proximity to murder has put him on edge. A narrator monologue of paranoia and its effects accompany Gogo and Jess as they flee their apartment.

He wishes to go to Tanzania but has an issue with his passport. She is upset as the move means their close ones would not be around to witness them become parents. Jess asks Gogo whether whatever he did was worth it, and receives a reply where he promises to be Hugo and not Gogo.

He then went to meet Slim at a restaurant and handed him the watch. Gogo told his accomplice he didn’t want anything except for his share of the work from their previous jobs. Slim refuses and says he can’t give up coz gogo grew a conscience and he will only let Gogo go when he feels like it. Then, both unknown to the other, they draw pistols beneath the table before Slim agrees to let Gogo go.

Jess goes back to the apartment and is tricked into opening the door. Two people try breaking it in, but she takes a blow in her stomach. Once the door is shut, her efforts to hold it in place to bolt it cause her duress and she calls Gogo. He leaves his taxi and rushes to the apartment, only to see that she suffered a suspected miscarriage. The focus of a distraught Gogo fades away and we transition into the story of the second person as the narrator comes back in with a line about how things one does in the past come to haunt people in the future.

Marcus and his friend are seen loitering on a street, but the police see them as persons of interest and intimidate them. They flee, but Marcus gets caught by two people who beat him up, leave him on the pavement, and take his ‘M’ chain. Later, we see a small boy take this chain and go out with a friend. They venture away from their territory and the boy with the chain pays the price with his life.

It appears Marcus killed the young boy, but the next episode shows that he was just a bystander. Danial, Marcus’ brother, sees this, but the elder boy evades the question. 11 months later, we see Marcus with the Stacks gang. However, he tries his best to keep Danial away from this life and wants to educate him.

Marcus gets close to a girl, who happens to be the sister of the one who left him for dead and the young boy he saw murdered. She realizes this when he confessed his darkest secret, and Marcus has a target on his back. His story is similar to Gogo’s as he is trying to exit a life of crime and keep his near and dear ones away from it.

Jay’s brother, the red jacket gang, try to get rid of Marcus, but he hides beneath a car. Eventually, his brother gets roped into the Stacks gang and while pleading with him to reconsider, Marcus takes a bullet and passes away. As Danial’s mother has an overdose, and with Marcus no more, the system takes Danial back to his father, i.e. Slim. 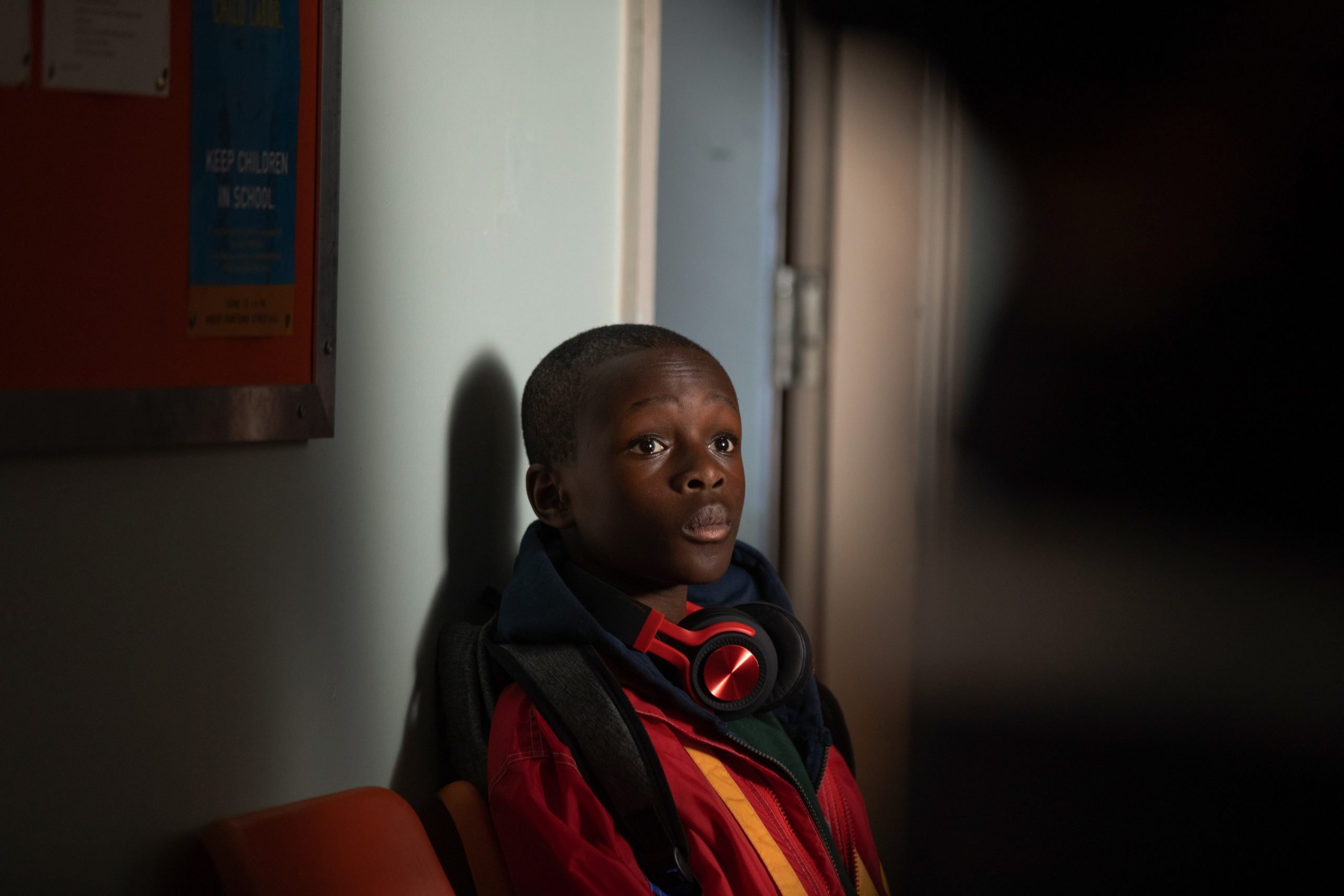 Slim, however, got shot to end the series, which had Danial walking on the road. The messages came across again about how their lives are a cycle and they did nothing to change it. There is a subtle reference to a drawing with a quote and a minor alteration to it to show the ideal meaning.

The ending of the show saw all the narrator’s lines come true in a circle. I didn’t like the way the show tried to cram in two stories; the latter one was poorly executed and paled in comparison to the first three episodes. To be honest, I was glad to get out of the Jungle.

Every action has a consequence

Slim killed Aimer, and there was a target on Gogo’s back. He suffered, but eventually, things came back to haunt him as he lost Marcus and was shot himself. Marcus also oversaw a murder and paid the price. Keeping in line with this theme, in the build-up to the ending; Bianca realized that she forgave Marcus and has remorse. Unfortunately, her actions of informing her brother about his deed resulted in a path of no return. This, even, was in Gogo’s story, as no one would have come after him and Jess had he not been part of the first heist.

Gogo wanted to get out of the business but had to stay in as he knew no other way to make an honest living. Marcus was a painter and wanted to choose that life, but he had to earn money to support his mother and brother. Danial chose that way of life, as he saw Marcus’ actions and imitated them. Eventually, even when Danial got free, he had to take the streets to fend for himself, as Slim was iced.

However, unlike Marcus and Gogo, few opt to change the hand dealt to them. Instead, they opt to remain like wolves and live day by day. Per the narrator, they follow the same pattern as sheep. It’s quite a contrasting choice of words as when the wolves attempt to thrive on instinct and break out of the patterns they follow as sheep, a choice is made for them which ensures that they remain the sheep with wolfish instincts.

Danial knew he had to strive to ensure that things have to change rather than just continuing on the same path, i.e. nothing changed. It is an open-ended conclusion, showing that he fell into the cycle, or broke free of it after all his experiences.

Where to watch Jungle