In a certain Irrfan Khan movie, when Ashima hears about the death of her husband Ashoke over the telephone, she laughs it off at first. But after a minute when she gradually comes to terms with what she had just heard and starts pacing from one room to another, switching on the lights one by one- in a way trying to make sense of the news. It is an astonishing sequence, and although Tabu fills up the screen throughout, it is Irrfan’s absence which looms large like a ghost. Irrfan Khan succumbed to a colon infection today, after battling a rare tumor for almost two years, and his death reflects this bewildering sense of shock and grief. Like Ashoke, he is gone without a whisper of breath, leaving behind a legacy of work unmatched in its artistry.

A note was shared by his publicist on behalf of the family, which said: “It’s saddening that this day, we have to bring forward the news of him passing away. Irrfan was a strong soul, someone who fought till the very end and always inspired everyone who came close to him. After having been struck by lightning in 2018 with the news of a rare cancer, he took life soon after as it came and he fought the many battles that came with it. Surrounded by his love, his family for whom he most cared about, he left for heavenly abode, leaving behind truly a legacy of his own. We all pray and hope that he is at peace.”

What makes Khan’s demise so palpably devastating is more than just because of his consistency as an actor. It is also because of his uncanny ability to tap into some part of our selves with each character he played- an unspoken facet of relatability so uncharacteristic of a contemporary Bollywood actor. It is more because of the conscious decision Khan made of not playing by Hindi cinema’s rulebook reflected in his choices. “I try to do films which leave a longer impact, which speak to you and which keep coming back to you after you’ve seen them. I prefer movies which have a longer relationship,” he told one interviewer. 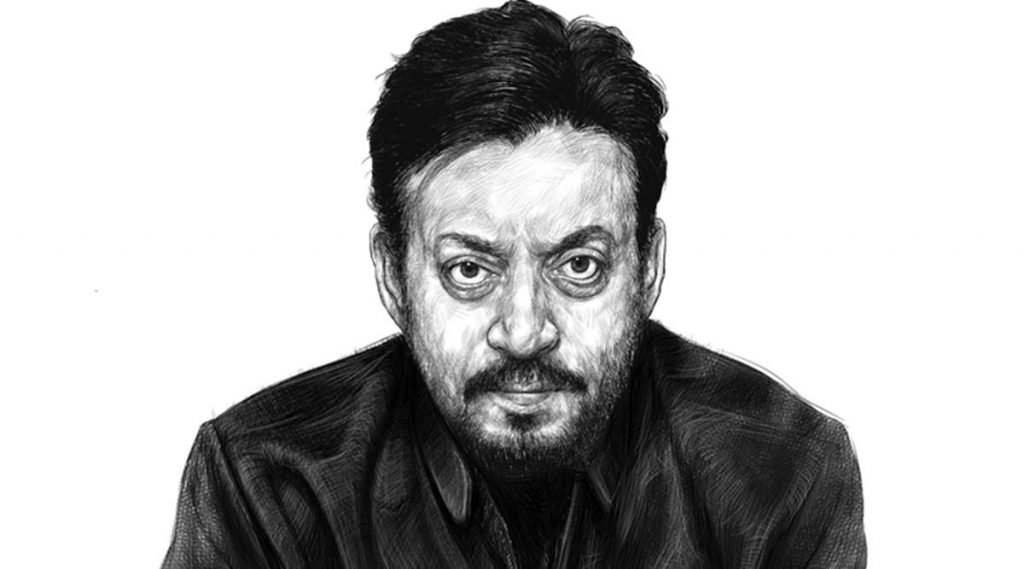 Khan was a character actor, seamlessly transitioning from an athlete turned dacoit in Paan Singh Tomar (2012) that won him his only National Film Award for Best Actor, to the no-nonsense investigator in Talvar (2015). He did not train himself on the lines of a conventional ‘star’, — whether holistically or in terms of his physicality. His arrival in Bollywood was a rule changer in what a conventional Bollywood actor could be perceived of, by industry peers and the audience. The focus was always on the performance, from abiding in an independent film like Haasil (2003) to making a mark in a mainstream film like Life in a Metro (2007). “No-one could have imagined I would be an actor, I was so shy. So thin. But the desire was so intense.” he had said. In 1984, he applied for a scholarship to the National School of Drama in Delhi. He lied about his previous experience in the theatre and got in. “I thought I would suffocate if I didn’t get admission,” he told in another interview.

The last time we heard from Irrfan Khan was when the trailer for Angrazi Medium dropped. He had recorded it because he could not join the cast of the film during promotions as his health issues resurfaced. In that clip, he joked about how making lemonade with proverbial lemons is easier said than done but he also promised us something. He promised that he will be back as he asked us to wait for him. A promise that he couldn’t keep. In his biography ‘Irrfan Khan: The Man, The Dreamer, The Star’ Aseem Chhabra says “his greatest quality as an actor is that he never reveals all his cards at once, but slowly gives the audience small tastes of what his entire performance will be like. There is no ready-made idea about Irrfan”s character that is revealed to us. Instead, his gestures, look, postures, every breath he takes construct the character and all of it before our eyes.” And that aptly describes the legacy of Irrfan Khan, making the toughest, most complex seem almost effortless.

Take, for instance, Ritesh Batra’s The Lunchbox (2013), where he played a widower named Sajan Fernandez who forms an unlikely relationship with a young housewife through the misplaced tiffin box. It is a tough character, one who doesn’t articulate his sadness and remains unmovingly stern from outside. But Khan infuses Fernandez with a delicacy, bringing out the still, human center of him without speaking a word. It’s a strange mix of a muted, physical performance where the actor is able to convey the internalization of grief, loneliness, and fear with heart-stopping brilliance. A scene where he simply stares up at an unmoving ceiling fan, with disbelief and a (momentarily justifiable) tinge of fear, is overwhelming in the unsaid emotional rush that he is able to gather. 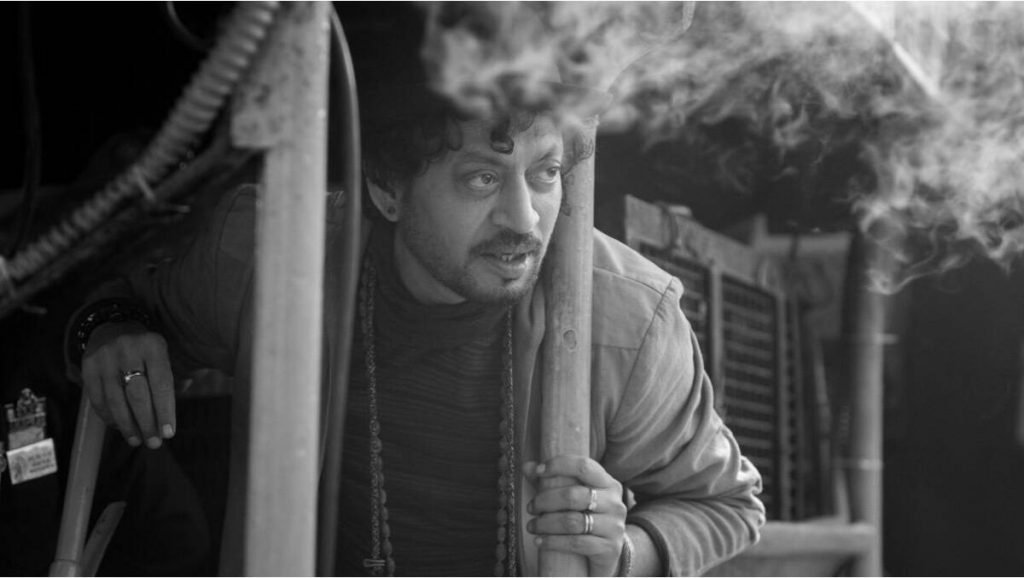 The passing away of Irrfan Khan feels like a personal loss, almost like someone who is taken for granted and then is heard no more. The grief is shared, and yet, feels resolutely singular in terms of its expression. It is untranslatable, the pain of losing someone whom you cherish and admire, but it is ruthlessly unjustified when you lose someone you love. Khan falls on the latter side, expressed in the tumult of emotional responses that have outpoured for him from all over the globe ever since the news struck this morning. “In the end, I suppose, the whole of life becomes an act of letting go, but what hurts the most is not taking a moment to say goodbye,” said Irrfan’s older Pi in Ang Lee’s Life of Pi (2012), and that is perhaps the most suitable quote of the hour. His demise hurts because it is without a parting note, without a signal- incomplete, unassuming silence.

Quarantined inside our homes, when most of us are desperate to find certainty, such a permanent loss in the world of cinema and art feels all the more devastating. It is as if nothing has changed in the routinal following of lockdown in our daily lives, and yet an inconceivable amount of loss has been registered. There is a loss in words, in its expression, and in the ability to reconcile with grief at a time when a crisis has limited our lives to a bare minimum. It is perhaps this unshakeable reminder of the fragility of life, and of the unfairness of death which Khan’s demise underlines. Undoubtedly, his breathtaking body of work will stand the test of time: as a testament to his hard work, perseverance, and brilliance. Rarely, does a demise feel this subjective as it is universal, reflecting how a truly gifted actor can transcend borders- literal and metaphorical- and permeate the consciousness of an entire generation.

The Infiltrators [2020] Review: An Exciting Endeavor of Unquestionable Accuracy