Deep Water has been adapted from the eponymous novel by Patricia Highsmith, which is markedly different from Lyne’s psychological thriller, especially in the way it treats the ending. Vic Van Allen (Affleck), a former tech designer now-millionaire, who has retired early after benefitting from the technology he helped built for drones, which were ultimately used for surveillance and warfare. Vic and his wife Melinda (Ana de Armas) live in a posh, uppity neighborhood, wherein the members mostly seem to participate in community get-togethers, late-night parties, and grand gatherings, which might just be an indication of upper-class privilege (given how Vic’s only jobs are to occasionally publish photographs, bike around the neighborhood, and obsess over his wife, this does seem to be the case). 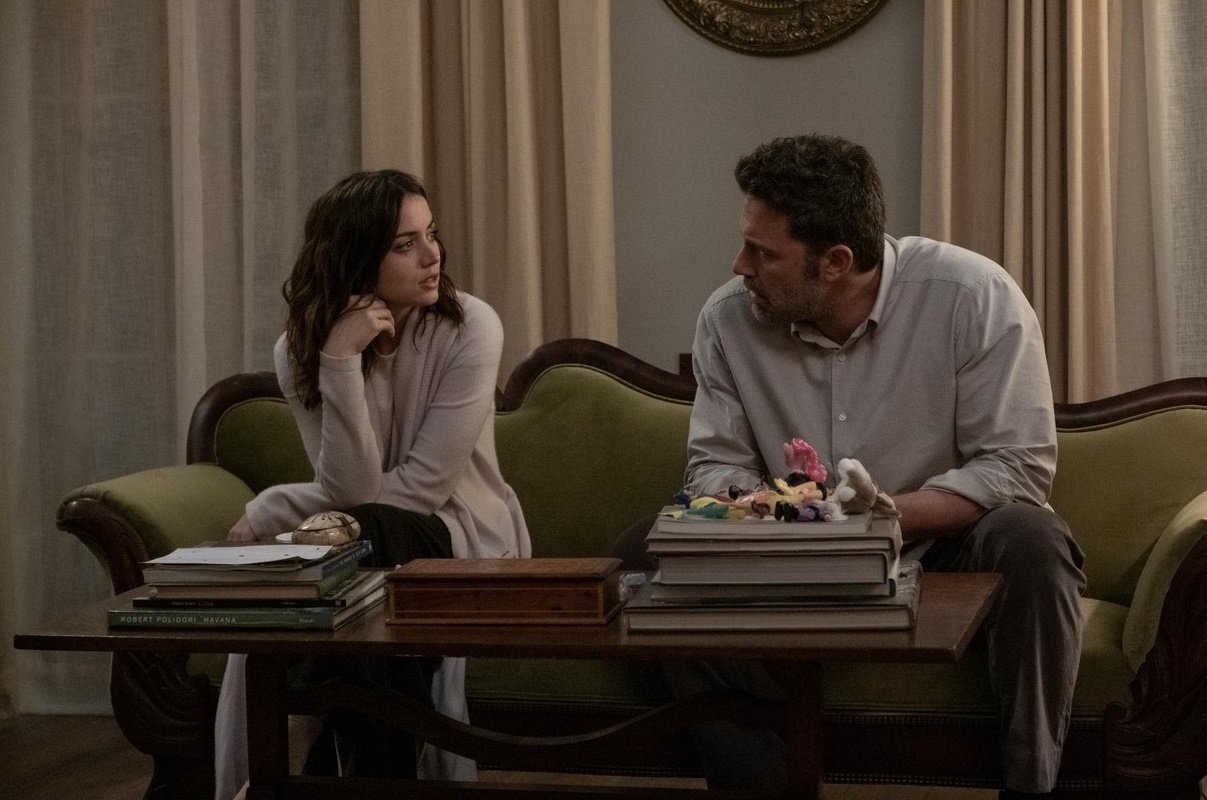 Vic and Melinda share a fragile, back-and-forth relationship, wherein they have been together for years and have a child, something which Melinda does not seem to have truly wanted. To preserve their crumbling marriage, Vic is okay with Melinda having open affairs with strings of men, something which he claims turns him on, but in reality, rage-fueled jealousy is the predominant emotion he feels about the situation.

Things get complicated when Vic jokingly threatens Melinda’s fling Joel (Brendan Miller), after he sees them flirting at a party, proclaiming that he killed Melina’s former lover. While Vic is able to separate Joel from Melinda, she moves on pretty quickly and finds a partner in Charlie (Euphoria’s Jacob Elordi), a pianist who Vic follows around to track his wife’s movements. However, after Charlie is drowned in a swimming pool during a community party, Melinda blames Vic for the murder, which, he publicly denies. This incident widens the schism between the couple, urging Melinda to pursue her next arm-candy, and Vic to passive-aggressively watch them from the sidelines, planning to strike the new lover(s) down in his own way.

THE TRUE COST OF PASSION IN A CRUMBLING MARRIAGE

The reason why Melinda veers off to a new lover every now and then is that Vic is unable to reciprocate her feelings in the way she expects him to, which is certainly not helped by Vic’s perpetual deadpan expression hiding a kernel of violence (Affleck mimics his own exhausted-and-exasperated-cigarette-smoking meme throughout the film’s runtime). Vic finally coveys true “passion” when he takes back control of the relationship, essentially by murdering Melinda’s lovers in an attempt to not lose her completely.

Melinda, once aware of the truth, realizes that this is Vic’s only way of expressing his love for her (using the verb very, very loosely here), and she decides to cover up his crimes in the end as she is the core motivator behind Vic’s heinous actions. While Lyne attempts to inject an element of eroticism via this trajectory, the performances, unfortunately, do not sell this intention: Vic seems to be more passionately attached to his pet snails than his promiscuous wife, treating them with utter care and devotion, although it is, ironically, his snail shed which ultimately exposes his actions, spurring Melinda to stay with her husband in the end.

THE COLLATERAL DAMAGE OF A TOXIC DYNAMIC

Yes, the two men who were murdered by Vic are the primary victims of the couple’s dishonest mind games, but the individual truly affected by these events is their daughter, Trixie. Trixie shares her father’s detachment, casually having a conservation with him about Vic murdering Charlie, which is unnerving and dangerous on many, many levels. Trixie’s decision to throw Melinda’s suitcase into the swimming pool after she decides to leave is indicative of the fact that she is aware that something essential is amiss, and she simply wishes to bring them closer together. She seems to share a closer bond with Vic (not sure if that’s comforting, given her father is a murderer, which does not bother her in the very least), and her bond with her mother fluctuates intensely, as she is more preoccupied with her affairs than taking care of her child. 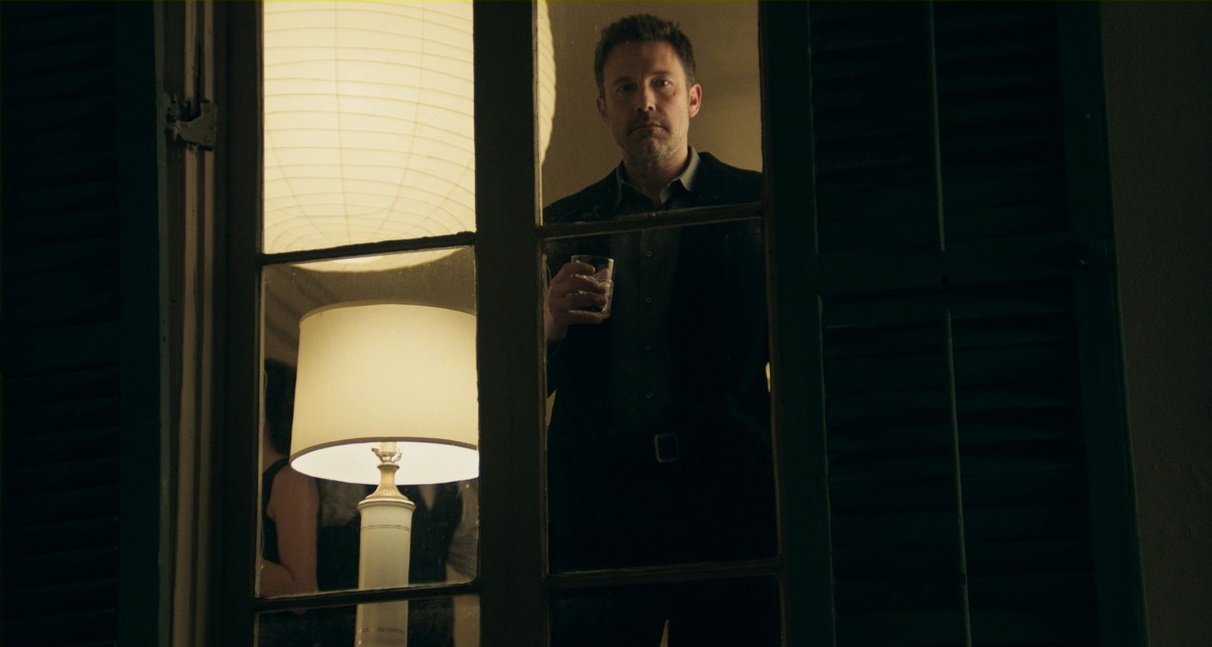 While Trixie is a smart, independent child, it is worth thinking about how her mindset about love, marriage, and relationships, in general, will evolve as she grows up — children follow their parental patterns for the most part, as they are the only figures around them for emulation. Hopefully, Trixie will grow up to realize that passion is not something one expresses via extreme, violent acts and that a toxic relationship can be dealt with by simply parting ways, instead of inventing convoluted means of avoiding marital boredom or constantly seeking stimulus at the cost of the mental sanity of everyone involved.

Open relationships and polyamory can be tricky to navigate, however, these dynamics are usually built on a mutually-agreeable arrangement. Although Vic seems to be on board with Melinda’s open affairs, which the couple decides on together in order for her to not leave him and their child, Vic’s cold anger and his eventual actions indicate otherwise.

While it is not out-of-the-ordinary for jealousy to creep into an open dynamic, these arrangements should be agreeable and not emotionally damaging to all parties involved, which is definitely not the case in terms of the central couple. Cuckolding and voyeurism are perfectly fine in a marriage, given that the partners involved are comfortable with it and derive some modicum of pleasure out it — Vic’s incessant spying on Melinda and her lovers are surely a mix of sexual stimulation and jealousy, but the latter takes centerstage and manifests itself in really ugly, unsavory ways. 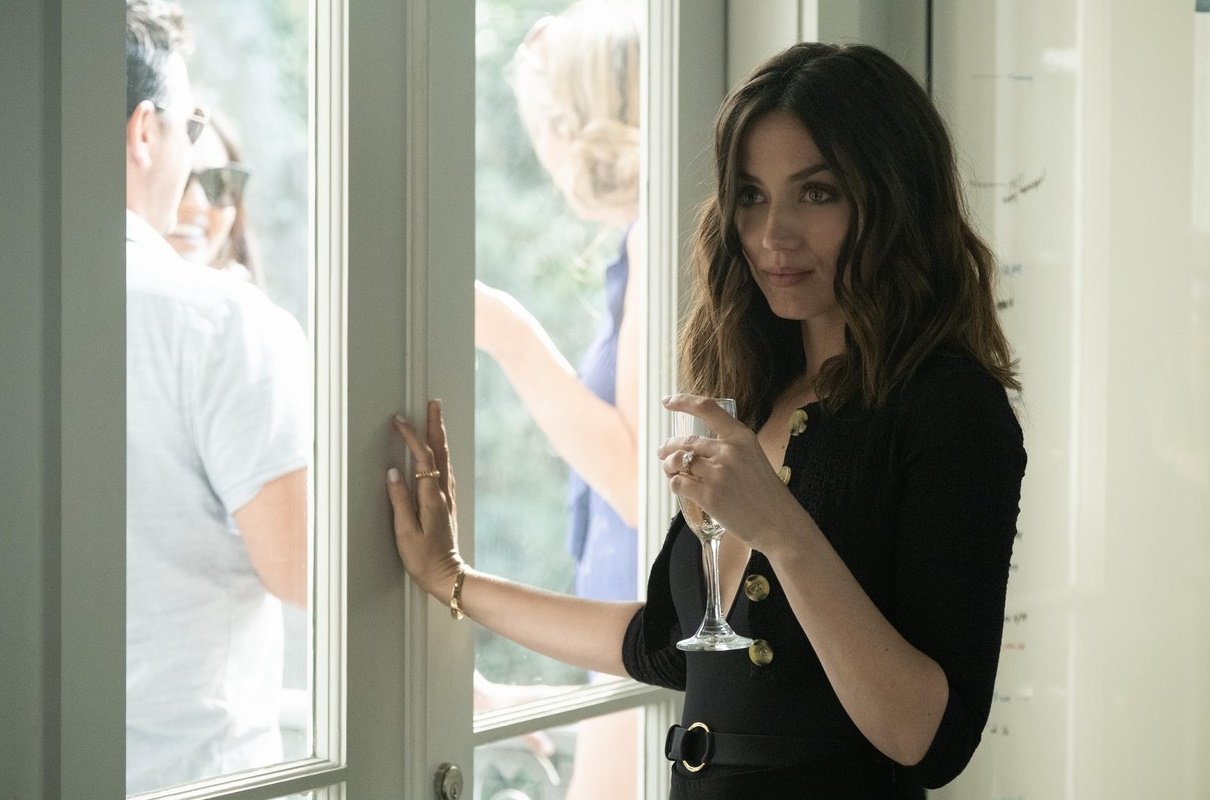 Melinda feels that Vic lacks an all-consuming passion towards her, both on an emotional and sexual level, which spurs her to seek out these endless flings with men who are as one-dimensional and uninteresting as one can get. Although Deep Water attempts to mold Melinda’s affairs under the guise of sexual autonomy, the treatment of this aspect is wonky at best (the neighbors constantly comment about how Vic should “reign in” his wife, while the couple indulges in some really toxic, manipulative mind games with one another instead of being honest).

A foundation of trust seems to be deeply lacking here, which can very well exist in a crumbling marriage, and the way in which Lyne treats these matters appear tepid, lacking an innate understanding of how open relationships work. Of course, flawed dynamics exist, but when intertwined with the morality of murder, which is, again, executed in a half-hearted manner, Deep Water fails to work on a basic, thematic level.

The Kashmir Files: Does Loud Propaganda Negate An Unfortunate Incident In History?