Lee Chang-dong recently rose to popularity among the mainstream audience after the release of his psychological thriller “Burning”, but he is not new to the festival circuits. He is a revered film-maker in International film-festivals known for exploring in his films the social and political climate of South Korea.

Lee Chang-dong has written and directed six films so far in his career, which spans over 20 years. His greatest achievement is that at least five different films could top the list and their fans won’t mind that. Before discussing his films, it is essential to know about his life before his foray into cinema.

He graduated from Kyungpook National University in Korean literature. He was involved in directing and writing theatre plays during his college time. He is a celebrated literary figure in South Korea whose fiction earned him accolades. “There’s a Lot of Shit” won him The Korea Times Literary Prize in 1992. 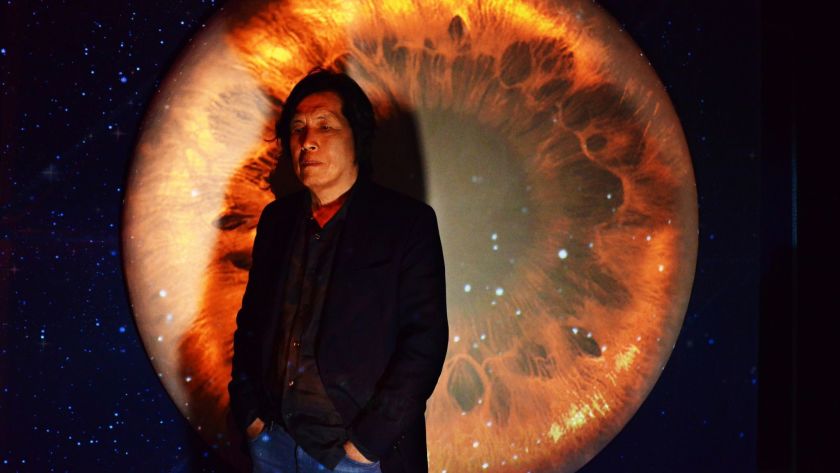 On the Criterion edition of Secret Sunshine, Lee Chang-dong describes his creative process as one of utter despair. It is not surprising if you have seen his work. We see characters in his films, who are living in a solitary existence, consumed by repressed grief, in the backdrop of the regressive socio-political environment of South Korea.

In some of his grimmest movies of the past few decades, he’s tackled such themes as his country’s oppressive recent history (Peppermint Candy), the sexual victimization of women (Oasis and Poetry), questioning the religious belief and faith (Secret Sunshine), and the hopelessness that young people feel in an increasingly inscrutable world (Burning).

His films require multiple viewings, to unpack the emotional and psychological layers in the drama influenced by the volatile Korean environment he sets them in. His unwavering and solidly structured plotlines invite the viewer to observe the behaviour of troubled characters and deliver unflinching exposés of pain, trauma, and rage.

It’s difficult to rank Lee Chang-dong’s films, and I would not mind if any of his top five films on this list top the rank as all of them are exceptionally great. I think, only a few directors would have such filmography. Without any further delay, here is the list of every Lee Chang-dong film ranked. 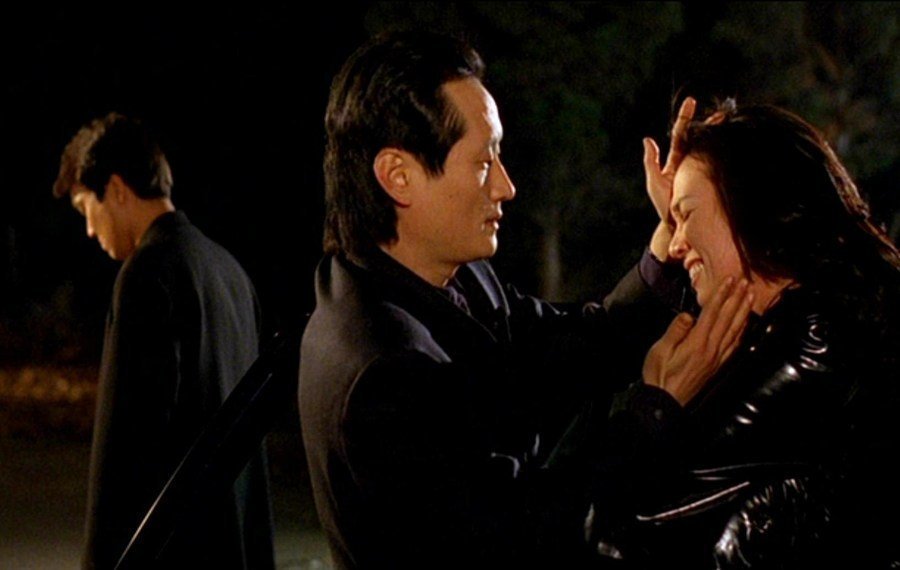 Makdong is an aggressive young man having fatalistic behavior. Discharged from the military, Makdong returns home with a dream to unite the family and run a small restaurant with them. The problem is that native has gone under radical change since he left. The modernization of the Korean militia society is underway after the financial meltdown in the 1990s. The township has sprung up in the distance. Discotheques and bars are replacing small food joints.

Lee Chang-dong’s debut film ‘Green Fish’ is a study of human frailty in the backdrop of economic disparity. With a flair of adding melodrama to the predictable plot, he brings uncertainty in the characters’ behavior. It reflects how the socio-economical changes shape the society and people inhabiting it.

Makdong, in search of a job, finds himself in the care of petty gangster Bae Tae-gon (Moon Seung-Keun). Naive and emotional, Makdong forms the illusion of having a family outside the family when the gang members treat him like his own. Lee Chang-dong is less interested in the gangster drama unfolding leisurely.

The moment you find yourself hooked to the Gangster drama, he diverts the attention to Makdong’s family. Though understandably he focuses on the human drama, the sudden diversion feels bumpy rather than a smooth transition in the screenplay. That is the only complaint I could find in the complete filmography of Lee Chang-dong. 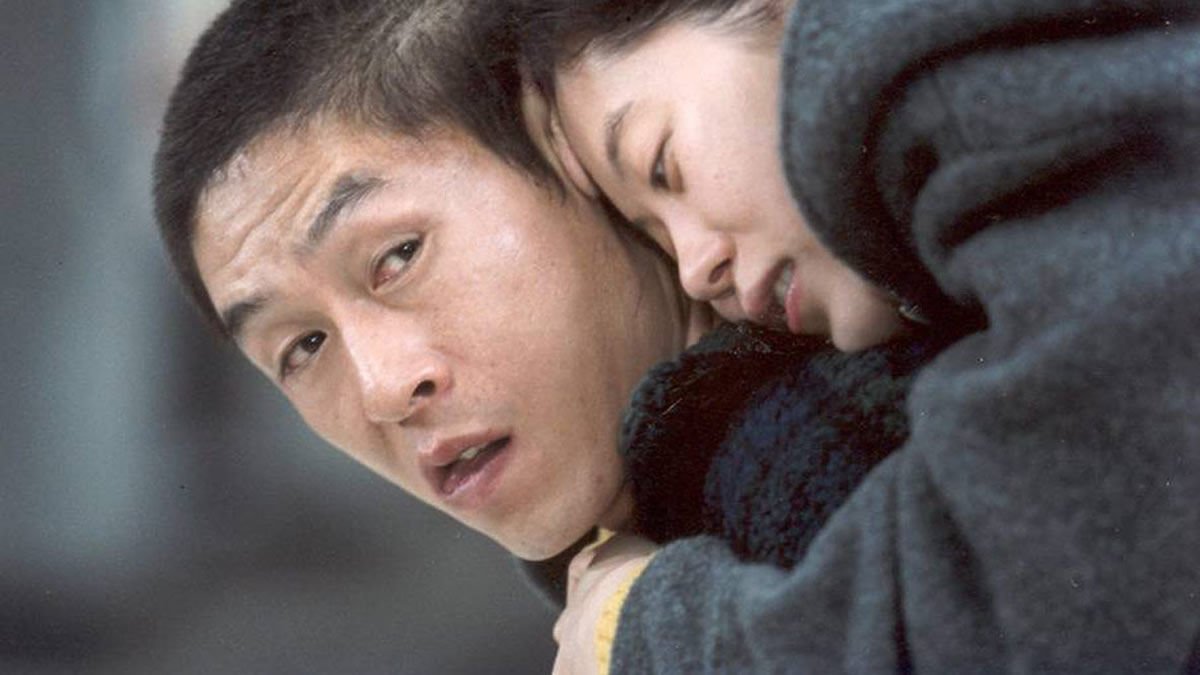 It is serendipity that two of my most loved, transgressive romantic films of the century released in the same year, Punch Drunk Love (dir. Paul Thomas Anderson) and Oasis. The lead characters in their films are atypical men who do not succumb to their limitations to garner sympathy. Neither of the film-makers ever try to appease its audience by making the character likable or heroic. They never judge their character for what they are, and that is where lies the strength of the film.

“Oasis” opens with Hong Jong-du (Sol Kyung-gu) released from prison after serving three years for a hit-and-run case. His immediate family has moved to a new place without providing the forwarding address. They don’t want him. They don’t even care if he is dead or alive. His mother is indifferent to his presence.

Hong Jong-du is socially awkward. His gleaming eyes and a perpetual smile on his face could be deceiving. You feel for him, but you would probably run away if you see him in a person. He lacks social and familial skills. Even after cold reception and explicitly telling him how life was good in his absence, he doesn’t budge and sticks with the family, as if he doesn’t understand his family doesn’t want him.

He meets disabled Gong-Ju Han (So-ri Moon), who is suffering from cerebral palsy when he visits the family of the man he killed in an accident. Gong-Ju Han’s brother- and sister-in-law shift to a new apartment meant for a disabled person, locking her in a shabby small room.

Families abandon Gong-Ju Han and Jong-du. They are ignored and abused for self-gain. Lee Chang-dong doesn’t manufacture sympathy for them, he doesn’t judge them. “Oasis” is a story of what constitutes love and desire between two physically disabled people in a perfectly abled society. 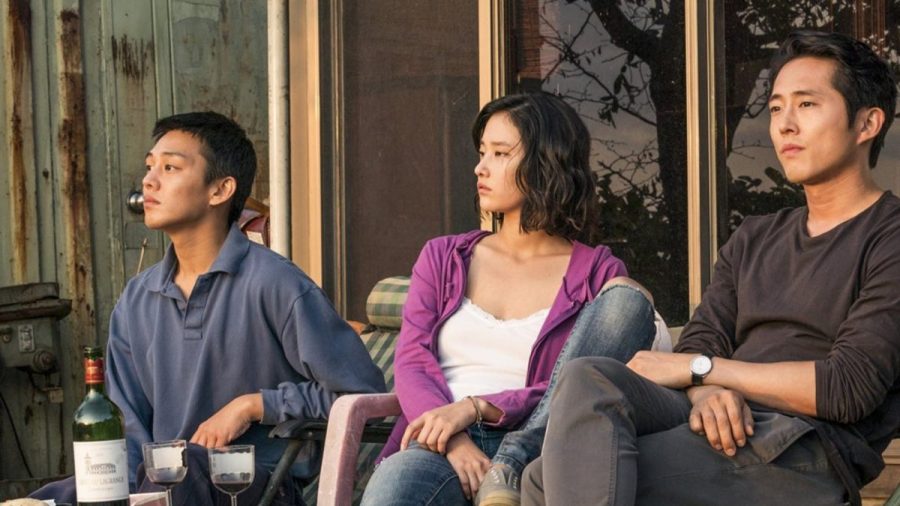 Every person has secrets buried deep down inside them, well guarded and protected, which in turn makes them mysterious. This mysterious aura, sometimes obvious, loud and sometimes subtle, is fascinating and intriguing. It creates an independent and uncommunicative orbit that should be left untouched by others. Only explored at the discretion of that individual.

This elliptical orbit of mysterious aura and puzzling nature of an individual is patiently explored in Burning (Beoning), an adaptation of Haruki Murakami’s short story Barn Burning, except that it is set in Korea. Three distinctive characters intersect in this slow-burning psychological drama that examines the class conflict and tensive interpersonal dynamics emerging from brewing rage, sexual longing and animosity that culminates in a queasy bone-chilling climax.

The greatest achievement of Burning lies in the controlled and restrained narration that uses minimal exposition, relying on visual cues to express the airtight tension among the characters.  The anger, grief, rage, love and envy are never explicitly expressed, rather it is internalized that is reflected in discomfort silences further heightened by Kim Da-won’s unsettling score.

Burning is a stunning opaque story riddle with ambiguous enigmas and uncertain turn of events. It is rather a well crafted and stunningly muted cinematographed film with absolute control on its writing, displayed in the powerful characterization and a well-earned climax that you won’t see coming from five hundred miles. 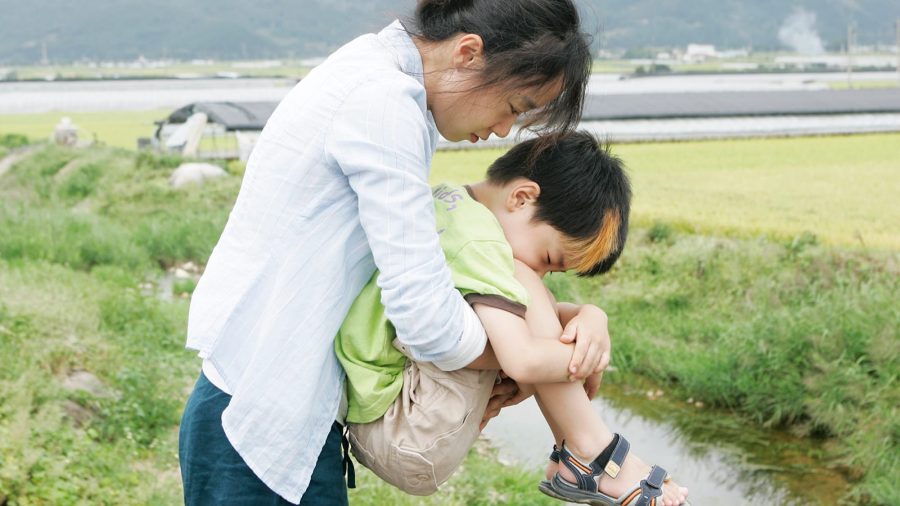 Lee Chang-dong’s films are about regular people doing regular things in their daily routine. No one is a hero or anti-hero per se. One of the residents describes “Miryang”, a small town where the film is based, as “just like every other place.”

Mastery of Lee lies in building a character out of those normal people out of their normal lives and weave a simple narrative to reflect the socio-political and economic influence on these characters. With ‘Secret Sunshine’, Lee gets more intimate and personal to show a quest of a woman struggling to find the sunshine, midst the personal loss, grief and shaky faith.

Jeon Do-yeon committed performance and Lee Chang-dong’s dense writing render thematic complexity to the grief of a woman that requires multiple viewing. Lee spends two acts of the film, understandably so, to depict the grief of a woman who is going through hell, and he doesn’t cushion it or mellow it down for the viewers.

He keeps it as real and as raw that it will be excruciating to sit through some of the tormenting scenes. Jeon Do-yeon’s Best Actor (female) Cannes winning performance is a testament to her incredible acting in the film that has to be seen to believe it. Christopher Nolan’s psychological drama ‘Memento’ wasn’t the only film that employed reverse chronology in 2000. Far from the west, a Korean screenwriter and director Lee Chang-dong, in his sophomore film ‘Peppermint Candy’, released the same year, also adopted the reverse chronology narrative. He does an unflinching and unhurried examination of a man in the backdrop of the ever-changing and volatile sociopolitical environment in Korea.

Only in his second film, Lee Chang-dong displays the adroit ability in screen-writing that reflects the repressive social and political climate of South Korea and deft in his direction that only a few veteran filmmakers can boast.

The five phases in the protagonist’s life form the narrative in Peppermint Candy. It is structured in reverse order and opens with his suicide on the bridge, then goes back in time to his college days. It does a psychological exploration of Young Ho (Sol Kyung-gu) after he accidentally shoots an innocent girl during the Gwangju massacre in the 1980s. It leaves a scar on his psychology that turns into a blister under the military dictatorship in the Korean government during the 1980s to the economic crisis in the 1990s within the Korean government.

Peppermint Candy also explores the rise of masculinity in the Korean society that chews up the relationship of Young Ho with his wife and enables the toxic behaviour in him. Director Lee Chang-Dong explores one of the most tragic moments in Korean history in an extremely powerful way by portraying a male character who struggles within the militarized society. 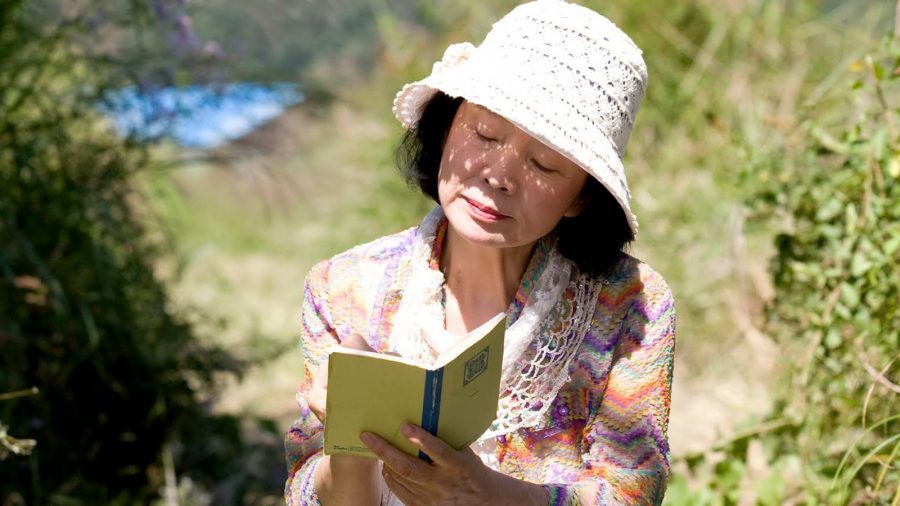 Contemplating the guilt and grief, and articulating it to vent out during the existential crisis forms an underlying theme of Lee’s melancholic “Poetry.” Poetry is Lee’s most accessible work on its surface. Opens with a disquieting scene of teen-girl suicide and builds to the consequence it has on the people of that small town, including sixty-six-year-old Mija (Yun Jung-hee). That’s one way of looking at the Poetry. As we know, Poetry holds labyrinth of emotions in its subtext. The emotional depth and psychological complexity Lee’s ‘Poetry’ carries is nothing less than a conundrum piece.

Mija, a part-time caretaker, living in a modest house with his grandson, learns about the onset of Alzheimer’s disease. There’s an irony to her tragic news when she joins the poetry learning community. A wistful desire to learn a new medium of expressing herself while she is thrown into the abyss of unconscious forgetfulness of the language she knows well.