Fading Petals [2022] Review – A psychoanalytic albeit convoluted look at loneliness

Loneliness can make one bitter. Since it makes you feel so full of yourself, a presence after long can be both overwhelming and underwhelming. In Bradley Charlton’s feature-length debut “Fading Petals” a lonely, ailing old woman (played by Melanie Revill) is shown all alone in her big house. As the opening credits roll, a melancholic orchestral score plays over her extreme spurt of anger, wherein she breaks everything in plain sight before finally crumbling back to a sorry, lonesome existence.

Closely cut with this sequence is that of another lonely woman, who is younger in age and is played by Charlotte Reidie. She receives a call from somewhere and the film kicks off. We soon realize that it was a call from the older woman and the younger one is a caregiver assigned to look after her.

The two of them meet and their initial interaction finds the old woman being extremely passive-aggressive towards the younger one. She is blunt, bitter, and nosy about the younger woman’s existence and her personal life. This interaction instantly draws the audience to make judgments about her. However, we realize that her bitterness is justified due to her meaningless existence and her instant realization of her bitterness. It also helps that she soon apologizes and the younger woman, who is more simplistic in nature, forgives, coming back to take care of her in spite of being treated badly. 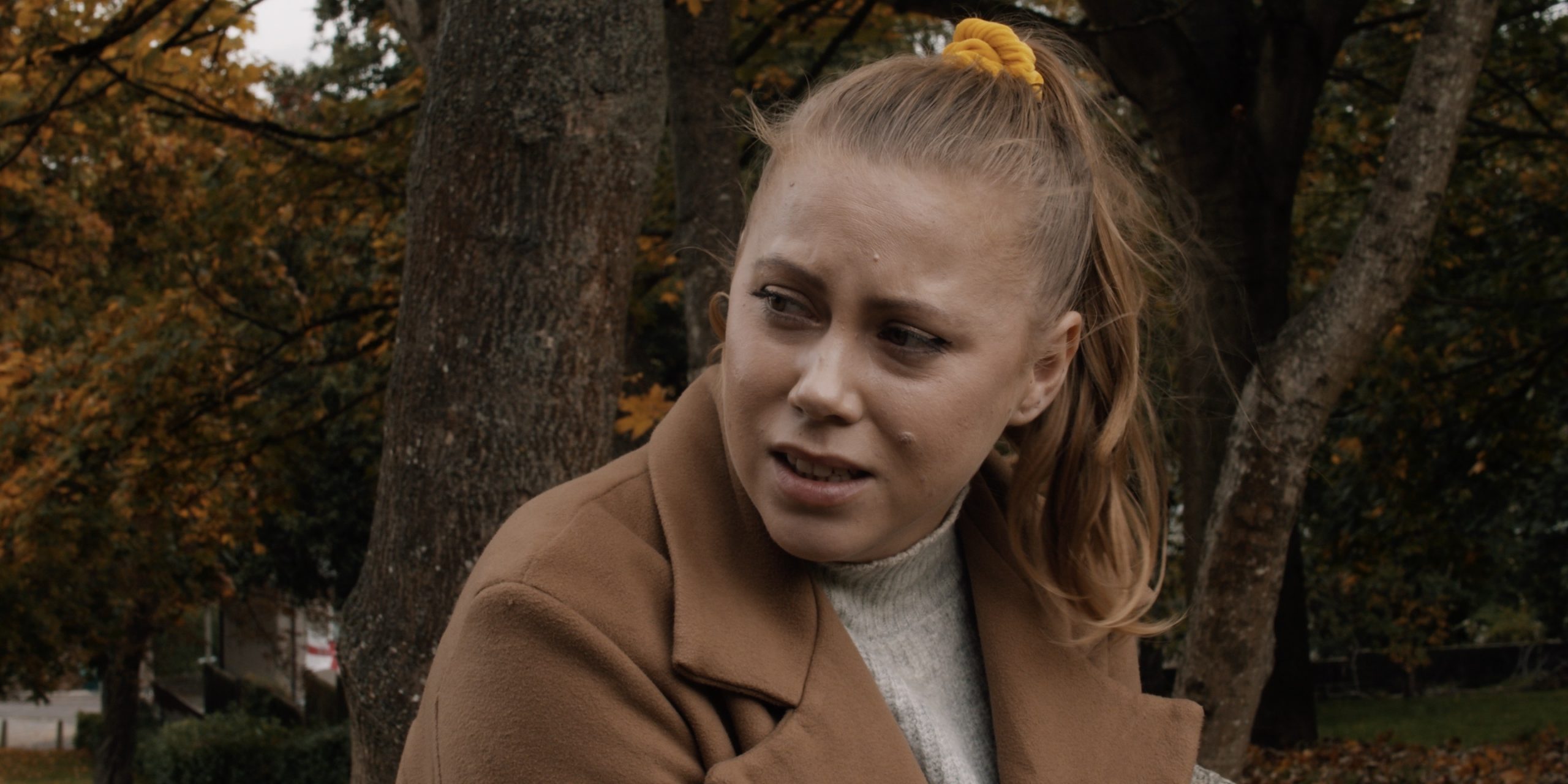 Now, this is a premise that can go either way. It can either turn into a melancholic look at how certain people just can’t seem to find people who can be there for them, or it can become a genre affair that goes into self-sabotage mode. Director Bradley Charlton’s film remains somewhere in the middle.

Working with a shoe-string budget, the director shoots the film almost entirely inside the house like a chamber piece. While this restriction gives him more time to psychoanalyze his characters, he is not left with anything other than interplaying them against each other before one of them leaves the frame and chaos ensues. There are two things the chaos does to the film. Firstly, it unnecessarily drags on into paranoia mode, secondly it further convolutes the already confusing narrative.

Also, Read – Lotawana [2022] Review: A low-key romance about living life on the fringes

Since Bradley opts for a low-key, play-like aesthetic, the flashback he uses doesn’t really serve as a companion piece to the film’s overall cinematic value. It doesn’t help that the third act’s unhinged nature doesn’t do anything particularly great with the predictable outcome of this somber and bleak saga about loneliness.

All it does end up doing is hamper a rather impressive first act where the back and forth between the two characters at least makes the proceeding intriguing. The acting is also actually pretty accurate whereas Melanie Revill as the older woman is particularly menacing.

As someone on the edge of a psychotic breakdown, she manages to completely make her act believable. Charlotte Reidie as the caregiver is alright, particularly her balanced act in a sequence where her character makes a turn for the worse is beautifully done.

Sadly, the last act completely wrecks all of that. There are long, uninterrupted takes where Revil’s character hams the shit out of her paranoid breakdown. So much so that it borders on laughable, instead of making you worried for her. Tom Metcalf as the young woman’s boyfriend and Gary Raymond as the abusive father, however, sleepwalk in their roles. They do nothing of substance to uplift the emotional core of the film.  This is particularly disappointing because there’s good to be found in the film. A better written third act that would have somehow balanced its predictability with some sort of self-aware catharsis would have served better.

Fading Petals [2022] Review – A psychoanalytic albeit convoluted look at loneliness