The world has witnessed and made fun of Bruce Willis and his eagerness to star in at least 2 dozen direct-to-video movies every year. However, the nihilism of the internet was met with a melancholic end recently when the news about his health-related whereabouts was released. So, what we have here in the form of “Gasoline Alley” is ‘PROBABLY’ one of the last roles played by the iconic American actor. Does that mean we should give this one a pass? Definitely not!

Directed by Edward Drake, the same guy who can be termed as some kind of late-career messiah of sorts for Bruce Willis, Gasoline Alley follows Jimmy Jayne (Devon Sawa), a ruthless ex-con who just happens to be at the wrong place, at the wrong time. He was just having a late nightcap at a bar when a girl named Star (Irina Antonenko), walks up to him and flirts casually.

The next time we see her, she is dead meat along with two other girls. And not long after that, Jimmy is framed for a triple homicide; first, due to a lack of evidence, his store lighter being found on site, and then due to some strong and pertinent forces that are riling him heavily towards being found guilty.

So, before the local police, which involves an incredibly talky and obnoxious cop Freddy Vargas (Luke Wilson), and a more responsible and less talky Bill Freeman (Bruce Willis) could find more dirt or clues, Jimmy decides to find the culprit himself. So, for what could have been a straightforward murder mystery, Gasoline Alley then tries finding its noir roots by following skittish characters.

Apparently, the narrative wants to commit to becoming a movie – something that director Drake’s other 3 Willis vehicles fail to be. So begins a search where Jimmy moves from point a to b to c, before eventually rounding off to the culprit. 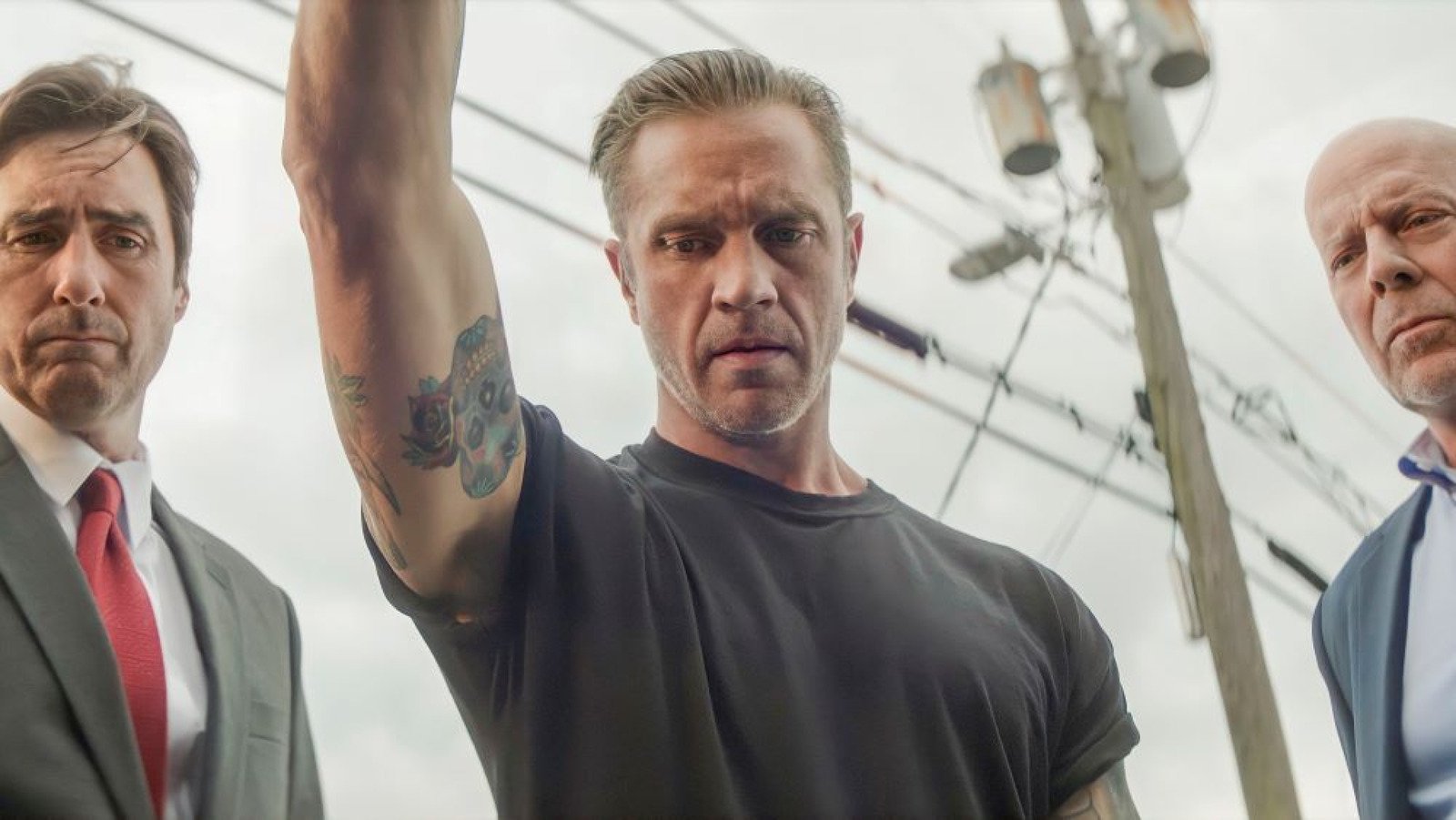 Oh, but here’s the catch. The first guy he meets is a totally unlikeable TV actor who claims that he is getting paid a whole lot for doing a shitty ass show that the audience wants. The show he is filming is called ‘American Seige’ (a callback to Drake’s previous movie?, I MEAN WHAT?). But, that’s where the film’s self-awareness ends. The rest of it becomes such a sleepy walk through B-movie thriller tropes that even the most casual viewers will turn it off midway.

The only high point of this film would be Devon Sawa’s commitment to such below-average material. The guy loads in on his machoism and tries delivering dialogues that stick with you. However, he is colossally let down by incredibly juvenile writing that is even subpar for direct-to-video standards. The more we progress with this narrative, the more bloody it gets. But even the blood doesn’t make it memorable.

Willis is just casually strolling around in this one. And now that his condition has been made public, his existence in this movie becomes direr. He mumbles his dialogues and it actually feels like he is unaware of what he is doing in the movie.

Overall, Gasoline Alley is not completely unwatchable, but there’s no way you would want to put this on when there are some serious so-bad-that-its-good contenders from the same team available at arm’s length. Do yourself a favor and check those out instead of this snooze fest.

Where to watch Gasoline Alley

Only Murders in The Building (Season 2), Episode 5: Recap & Ending Explained