Black Wood is a 2022 film written, directed, and co-produced by Chris Canfield. While blending the elements of different genres from western to supernatural drama to horror, the film presents a tale that attempts to capture the essence of all of them. Starting with the views of wide and all-encompassing snowscapes, it conveys the milieu that its characters inhabit besides building a mystery about them.

Due to such a beginning, the film comes across more as a western that presents a bond between two men that are together as traveling companions. With one of them being wounded, the wound appears to be an injury so casual, that it seems like a part of their way of living. But not much later do we get to know the evil causing it, an element beyond the grasp of humans. Characters become almost like the conveyers of the evil’s gruesome impact. The tale becomes more than just two nobodies wandering in the snowscapes.

While conveying a story filled with suspense and engrossing mystery, Black Wood tries to bring the elements of racial tension into the discussion with its characters belonging to different racial backgrounds. 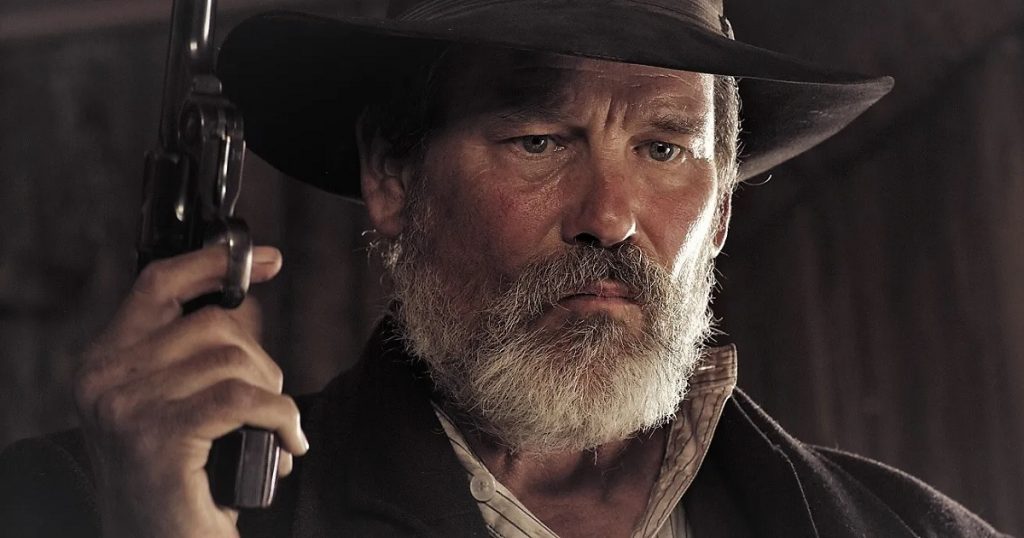 Most of the cast is white, yet the direction where the film leads depends on the native American woman who is on her journey. This native American Sioux woman named Dowanhowee (played by Tanajsia Slaughter) is shown traveling through these wide landscapes, after the murder of her family members. On her personal quest, she crosses paths with Dutch Wilder Gang. They are on their own mission to find a hidden vein of gold. When she realizes that one of the members of this gang is behind her family’s murder, she takes her revenge on him and then, evades her way out, and runs away towards Black Wood Forest.

However, not long after, the white men from the Dutch Wilder Gang find her in the mysterious lands. They capture her and interrogate her about all that troubles them about her and the knowledge that she has that can help them with their journey. Over time, they start moving ahead together with a common goal in hand.

During their time together, they unknowingly awaken the ancient ravenous creature called the Wendigo and in order to satiate its hunger or tame it, they see no other way but to move forward together. They understand the need to help one another in the unpredictable circumstances surrounding them and take the necessary steps to fulfill what they have started. She leads them deeper and deeper into the darkness where a sense of catharsis is experienced by some of the individuals.

Besides the director, Black Wood is produced by Ryan M. Hall and Richard Songtad, and executive produced by Eric Corneliuson. The director makes his directorial debut with this film who has earlier worked as a production designer for films such as Wunderland, Hoax, Zombies, and The Last Son. The horror western film stars Tanajsia Slaughter, Bates Wilder, Glenn Morshower, Stelio Savante, Casey Birdinground, and George Thomas Mansel among others. Their performances create a mixed bag of emotional evocation. While some of them imbibe their motives with subtlety (like Tanasjsia Slaughter), some others make it too difficult to take the narration seriously. Bates Wilder almost seems like a Jeff Bridges for his uncanny resemblance, but not by the acting range. The direction is momentarily impressive yet, on the whole, fails to make the evil appear as horrifying as the emotional build-up promises.

Besides that, it becomes hard to take the narration of Black Wood seriously when the blood oozing out of a person’s body looks clearly like thick ketchup. While creating the world of make-believe, such mishaps pull one out of a narrative and make it hard to find the world set in front of them believable. Be that as it may, the finest part of the film is easily the cinematography, which constantly keeps the moody tonality of the writing’s mystery intact with its atmospheric visuals. Done wonderfully by Teddy Smith, it encapsulates the emotional essence of the film while being the saving grace for a viewer to stay invested in the stakes in front of the characters.

In terms of the decisions regarding the execution, what fails for the film’s intent is showing the manifestation of the evil. A hidden danger is much more terrifying than a present one. And even if I consider it to not be the creative direction that the makers wanted to take, the poor way in which the evil character has been designed takes away all the horror. You will be more involved, intrigued, and scared before the monster appears in a form. That proves to be the biggest issue with Black Wood.

Checkout: The 15 Best Westerns Of The 21st Century