Home»Articles»Why Guy Ritchie Is Above His Mediocre Filmography?
Articles/Fan Theory

Why Guy Ritchie Is Above His Mediocre Filmography?

Guy Ritchie may not be a marvelous filmmaker with a close-perfect filmography but he surely is one of the most exciting directors working today for his style that possesses a taste to be acquired. There is an exclusivity to the way he handles his material, akin to Zack Snyder, though the latter is much more stylized while the former remains a stronger director.

Guy started with crime comedies and proved his mettle with Lock, Stock and Two Smoking Barrels (1998) and Snatch (2000) which continue to remain his best works till date. It was 2009 when Guy took a different route and directed Sherlock Holmes.

I reckon that period films require an observant eye that captures every little detail to create a credible suspension of disbelief, creating a period which extends beyond the spectacle and colors. Ritchie’s challenge in Sherlock Holmes was less in the city and more in the character itself. Sherlock is a very dynamic and nuanced character.

As most of his onscreen adaptations have been subtle and mysterious, Ritchie wanted to sketch a character which is truer to its literary heritage and at the same time, much more suited to the contemporary taste. So he reassigns Sherlock’s vulnerability from his physicality to his wit. Ritchie’s Sherlock is nothing less than an action hero. Time slows down for him or rather, he deducts all the intricacies, seen and unseen, in fractions of a second. This attribute acts as a boon, helping Sherlock to fight his way out from everyone and any situation.

The delight is in the way Ritchie captures these episodes. The camera moves through almost each of the elements and cinematographs everything in slow motion in the real-time. Ritchie also modified the attire of the character as opposed to the traditional portrayals. I would say that even though the material Ritchie was dealing with was quite intriguing in itself, he successfully crafted an enjoyable pair of films in the series which look and sound beautiful and explore the character from a different route. 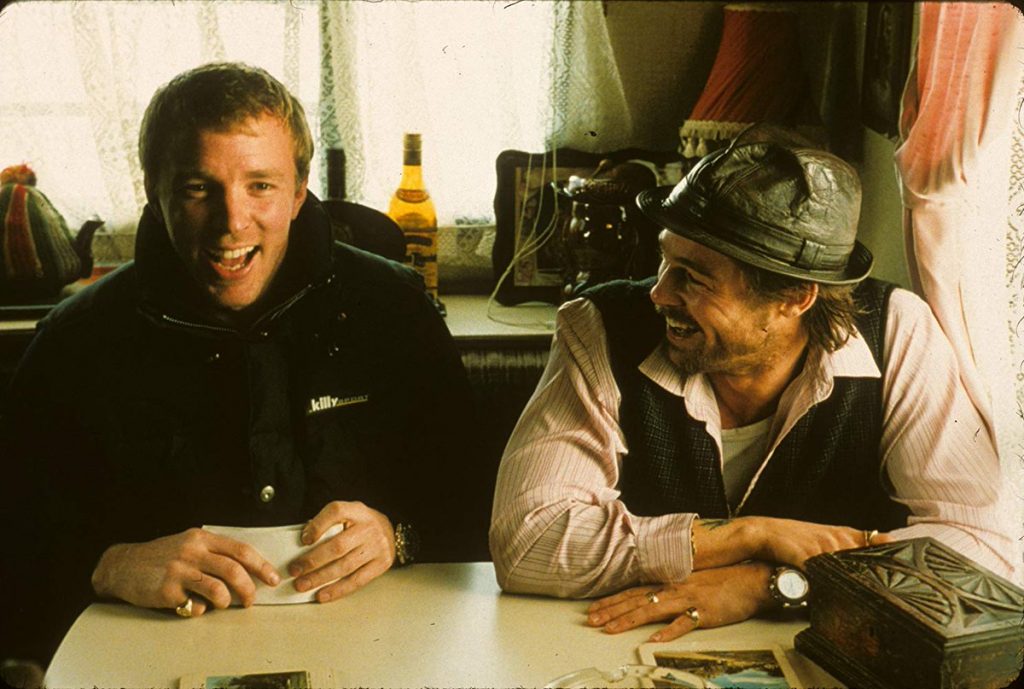 From period fantasy to period fiction, Guy Ritchie moved on to adapting the legend of King Arthur in his next epic fantasy, King Arthur. Controversially, he made major modifications to the popular legend for cinematic liberties and also brought major tonal shifts in the way he told stories. I found King Arthur to be quite an entertaining affair in a very experimental way.

The story is heavily diluted and Ritchie almost exploits the technique of jump cuts. There is an utter lack of female representation in this story of male heroes and the few females who are present merely act as plot devices. But the narration is very deftly handled, in a way that may be pleasant to some and irritating to others.

King Arthur is probably his most distinctive film marred by a meaty plot rendered wafer thin by liberties, its developmental screenplay subscribing to potential films in an envisioned universe (which was ultimately canceled after the film’s dismal performance), and an extremely weak antagonist but set apart by its treatment.

After having watched King Arthur, one would be confused at Disney’s choice in Guy Ritchie to direct the live-action adaptation of Aladdin. And one would be much more confused after having watched Aladdin for the film has no essence of Ritchie’s direction. He experiments again in this musical fantasy to create stylish dance numbers in place of stylish action pieces but doesn’t overdo anything.

The story is told plainly without any plot twists or peculiar narration. I would have appreciated if Ritchie was more discreet in his characterization, though part of the blame also goes to the studio. That being said, Ritchie majorly succeeds with Aladdin. He crafts a charming film with some very joyous moments and insightful dialogues.

Guy Ritchie is a promising entertainer. He has been moderately successful in his attempts to create periods and please the audience with visual aesthetics. But even with the greatest of his efforts, this doesn’t appear to be Ritchie’s forte. Hence, with “The Gentlemen”, a crime comedy, in his hand scheduled to release next year, Ritchie seems to be trying to get his mojo back.

Why Guy Ritchie Is Above His Mediocre Filmography?