‘I Came By (2022)’ is an English suspense thriller teetering closely on edge with a high heart rate ‘beat’ throughout the film, portraying a poetic rhythm of dichotomies and irony. The narrative is laced with a beautiful tonality of opposites. Two graffiti artists note that something could be amiss when a celebrated high court judge resigns at the last minute. When one artist follows through with a distinct mission in mind, Toby finds something scary in the basement. What he discovers changes his future in the most untoward manner.

Toby and Jay follow an assumed identity of an inner conscience leading with the argument that privilege is overrated and must be kept in check. By precise planning, they have found a way to access any elitist’s home to ‘tag’ their walls and notify the owners of their presence.  In England, graffiti is an offense by the law of the land (except if you are Banksy). When Toby stays ahead and keeps to his regular tagging after Jay backs out, a sound in the basement of the recently resigned high court Judge’s house makes him doubt if he truly is alone in the house. After discovering he is not, his world turns vicious to make everyone close to him question whether the fight he was fighting was legitimate. 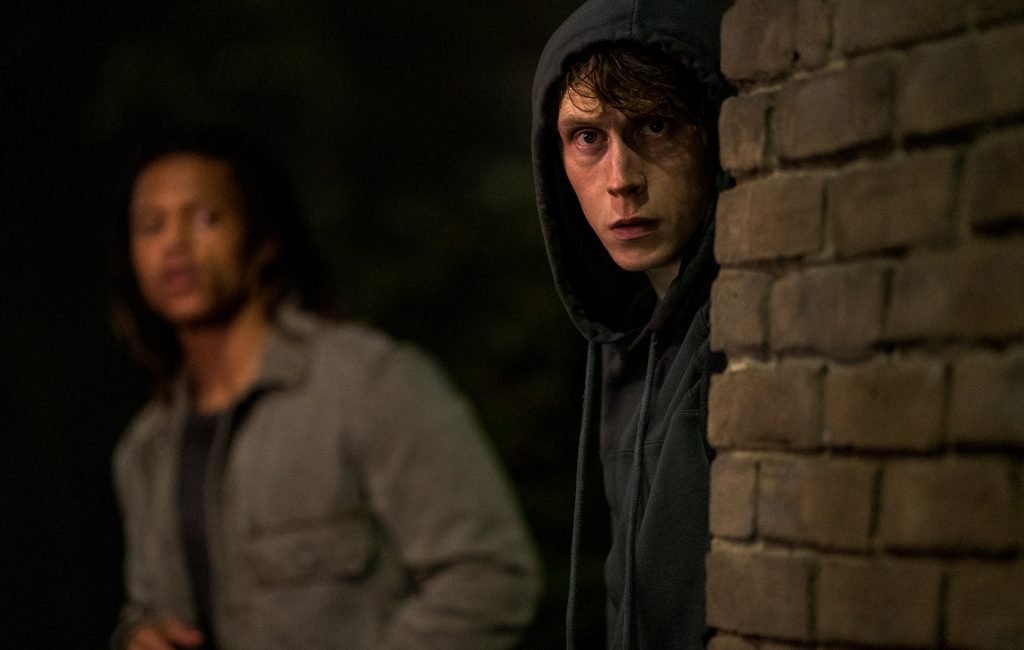 Jay and Toby have a brotherly relationship. Each day, they embark on “missions” to spray paint their tag “I Came By” in wealthy homes that are otherwise inaccessible. When this word spreads to the community paper, Jay’s girlfriend Naz makes her pregnancy known. Jay reconsiders his position in life and informs Toby that they can’t work together any longer. It upsets Toby and thinks they should go on. Jay respectfully withdraws, but Toby keeps forward with his “objective.”

Toby is an incessantly angry individual, portraying the classic rebel syndrome. With a dysfunctional relationship between him and his mother, he struggles every day to feel at home within himself or fit in with the community. He is a wild card, seeking justice with no army to back him up. His vulnerability shows when he tries to tag Judge Hector Blake’s house, and in the dark, he hears a thump. Toby’s mother, Lizzie, is a psychiatrist who has one patient named Faisal. Faisal is a medical student who attempts suicide but is a brilliant hacker on the side. Her ‘motherly’ relationship with Faisal is the relationship she needs to have with her son, but with emotions always running high, Lizzie makes the wrong decision.

High Court Judge Hector Blake is a dangerous man. His close friend is a police officer, who always plays a game of squash with him at 9 pm. After Jay has sent Toby a modem’s model number, they fix that Blake’s house is the next to hit. Blake is unaware that his life is about to turn around. Omid is a man who has been in forced custody of Blake since he was a young boy. Emaciated and bludgeoned, his body is a mere skeletal frame. Torture and severe abuse are apparent. In utter desperation to be heard, Omid keeps banging at the door where he is trapped forever, every minute of every day. Blake has a noisy washing machine downstairs in that same basement to mask the noise. With this deep and dark story to keep alive, Blake keeps a tight security system in place and always makes sure people leave their shoes at the door to maintain the house’s hygiene (with the grim possibility of never returning to their shoes).

What does Toby do to help Omid?

Director Babak Anvari expertly depicts an engaging narrative of two writers who alter their town by demonstrating how justice may be served more effectively when done in secret. When Toby begins to go on his own, he carefully turns off Judge Hector Blake’s security system. Things change after he enters the residence because he hears a loud thump in the basement. He comes across images of a boy lying on a bed with a sheet covering his lower half. Again, there is a thump. Shortly after that sound, he discovers a hidden door with a peephole. After looking through it, he is thrown back in complete shock and fear. He must return.

A particular YouTube influencer’s opinion constantly lingers in Toby’s mind. With a righteous attitude, he knows that this can no longer be a secret. He goes to Jay and tries to tell him he needs his brother’s support, but Jay turns him down after dealing with Naz’s parents. Toby decides to do his duty as an ordinary citizen. He calls 911 and reports it. With a severe accusation such as this, the Police follow up on the call. Two officers turn up at the residence of Judge Blake. They do their checking and return to their car without arresting him. This dramatically angers Toby. His only concern is to get that man out.

With some luck, Toby returns to the property. This time he reaches the door in the basement and has a chance to open it. When he does, he sees Omid bleeding and naked on a mattress. He tries to pull him out and takes him up the stairs. But Blake turns up at the door, and Toby must think quickly. He returns and puts Omid back into that cellar, but Omid reaches out, pulls him back, and pleads with him to be rescued. When Omid pees himself, Toby assures him he will take him out. When Toby makes his escape and hides in a cupboard in the basement, Blake enters the cellar to find Omid having peed himself. Toby grabs the chance to pick up a hammer from the workshop and rushes at Blake to hit him on the back of the head. To his dismay, he trips and falls flat on his cheekbone. When Blake sees his intruder, he strikes him with a wooden bat. Next, we see him pouring ash down the drain and flushing it. 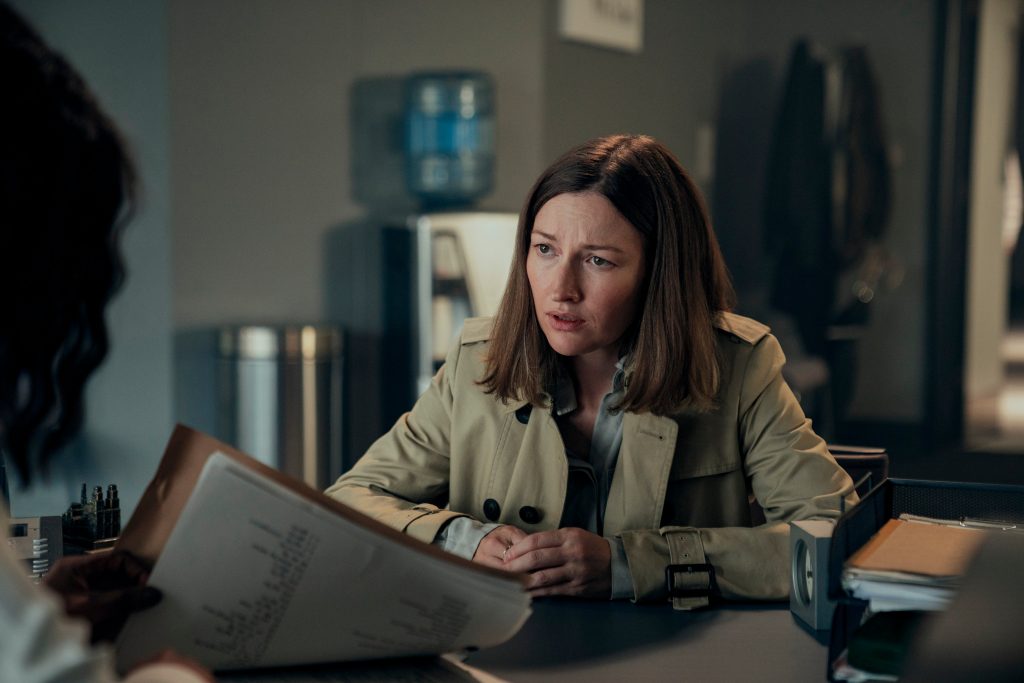 What does Jay do to have Judge Hector Blake arrested?

Jameel Benjamin Agassi, a.k.a Jay, has found a new reason to start over. Doing odd jobs here and there, he gets to visit luxurious houses. He visits Blake’s house and enters it looking for a loo, but he’s looking for the security system modem. With his buddy Toby in the back of his mind, he sends Toby a picture of the model number of the modem. As he fixes the next hit, he goes home to tell Naz, his girlfriend of Blake. She tells him he is a Saint. But also tells him she is pregnant. Suddenly, his life changes.

When Toby goes missing, Lizzie gets in touch with him to try and have him present when a Police Officer enquires about the last time they spoke. Jay decides to go to Blake’s house and remove his mail. On finding an envelope, he takes it with him, but the Police find him. After clearance, he goes to Toby’s house. With a copy set of keys, he lets himself in and puts the envelope in Toby’s drawer. Lizzie hears him and comes running upstairs, thinking Toby has returned.

While we do not know how much time has passed, Lizzie is medicating herself to calm her nerves and sometimes cannot think clearly. When they pull out all his stuff, she finds the envelope. It piques her interest, and she immediately takes it to the police officer in charge of the case. Detective Ella takes charge of Toby’s case, calling it a Missing Person’s case. She looks through her registry and finds the 911 call registered to the address. Detective Ella begins her investigation, and Lizzie goes home to do her sleuthing through the internet.

As Lizzie slowly descends into madness, trying to find answers about Toby, she goes to Blake’s residence and waits outside his gate. After hissing a snarky comment in Detective Ella’s ears, she arrests him, but Blake’s old connection to the Police Force sets his free. Lizzie is deeply disheartened to know this but continues her vigilant behavior outside Blake’s house. It pays off when she finds a young boy escaping from the window of Blake’s house to learn his drink was spiked and he felt endangered. She understands that he could be a sexual predator.

She tries to get inside the house to find Toby. When she does, Blake finds her, and there is a tussle. She is tied up to a pipe, and he dismembers the Young boy’s body in front of her so that he may fit in the kiln (that his wife used, who was a ceramist). Her body is burnt with her driver’s license, and now it is only Jay that is left. Jay begins to call Lizzie’s phone and never gets through. After some time, he comes by and discovers the house in a mess with fruit that has gone rotten. He understands something has gone very wrong.

This time, it is up to him to do the right thing. Jay starts to put together a plan and goes through all the research that Lizzie has collected. When he does, Naz meets him in time to tell him that Blake will be giving a speech at her college and may read her dissertation. After his lecture, Blake leaves the college, and Jay follows him to the new location. After discovering that Blake has moved property, Omid must be close to him. It is his chance. Jay makes his way to Blake’s property to acquire answers to Toby and Lizzie’s disappearance. Jay and Blake get into a nasty brawl, and Jay ties him up with masking tape. He goes down to the basement limping, sets Omid free, and runs away. Beaten and bleeding, he goes home to Naz and the baby. Omid is rescued, and Detective Ella relishes seeing Judge Hector Blake beaten and bleeding. The wall of his house states, ‘I Came By.’

Director and Writer Babak Anvari with Namsi Khan bring a fantastically poised English thriller with a chilling narrative. There were subtle ideas of opposites. Where the rich are privileged, the system creates bitter poverty. The system opposes poverty but does nothing to improve it. Lizzie develops with Faisal to crack a pen drive password.

Jay is the only person seen in the beginning to have met Hector Blake and comes back out in one piece as a friend. Contrarily, no one else ever managed to come back out and see the light of day. Yet, in the end, we say Jay is the only one who leaves only just limping but alive. The undercurrent of irony runs so thick that it fills the story and brings a more wholesome narrative. With the editing on point, timelines were very blurry. It could have been more than seven days with rotting fruit. Nevertheless, the film stays on one’s mind and supplies enough chills to wonder, what would you do if such a person existed?

Related Article: Incantation (2022) Movie Explained: Ending, Themes, & The Trauma Of The Past And Karmic Retribution Analysed