Home»Reviews»Film Festivals»Last of the Wolves [2021] ‘NYAFF’ Review: Peace Comes At A Price In This Violent, Compelling Yakuza Sequel
Film Festivals/NYAFF/Reviews

Kazuya Shiraishi’s 2018 hard-boiled crime thriller, Korō no chi (The Blood of Wolves), had premiered at NYAFF, garnering stellar reviews for its uncompromising visuals, compelling cast, and being a noteworthy homage to cult gangster cinema. Making the bold decision to end The Blood of Wolves with the death of Shogo Ogami (Koji Yakusho), who emerged as the emotional crux of the film, Shiraishi continues a tale of corruption and personal sacrifice via his equally gore-encrusted sequel, Last of the Wolves.

Picking up right after the events of The Blood of Wolves, which saw the downfall of the Kakomura-gumi and the end of an all-out gang war, Last of the Wolves immediately casts Hioka (Tori Matsuzaka) in the mold of his former mentor, Ogami. Formerly a straight-laced Hiroshima University graduate, Hioka undergoes a gut-level transformation after Ogami’s death, acting as a broker of peace between the warring parties. However, three years after a peace treaty is brokered between the Odani-gumi and the Irako-kai, Shigehiro Uebayashi (Ryôhei Suzuki) emerges out of jail with a vengeance in his blood and a thirst for power. Vowing to obliterate Odani-gumi and anyone who stands in his way, Uebayashi is posed as a formidable antagonist, who Hioka must deal with in his own, understated ways.

Related to Last of the Wolves – The Wolf House [2018]: The Most Inventive & Imaginative Animation of the 21st Century

Last of the Wolves paints a more visceral, violent, and uncomfortable picture than its predecessor, as one can see bodies being unceremoniously dumped and burned alive, eyes being gouged out with bare bands, and mindless, indiscriminate killing carried out by frenzied Yakuza men in a tussle for power. As it is indeed difficult to erase generations of conflict and sensibilities associated with a crime conglomerate, peace becomes the least likely option for both parties, especially with the presence of the volatile and unpredictable Uebayashi, who will leave no stone unturned to create his own empire of ashes. Caught in the crossfires of this hellish nightmare of foul play and covert machinations is Hioka, whose fate mirrors that of Ogami, although it is important to note that the latter had to brutally pay with his life for the integral role he played in the unfolding odyssey. 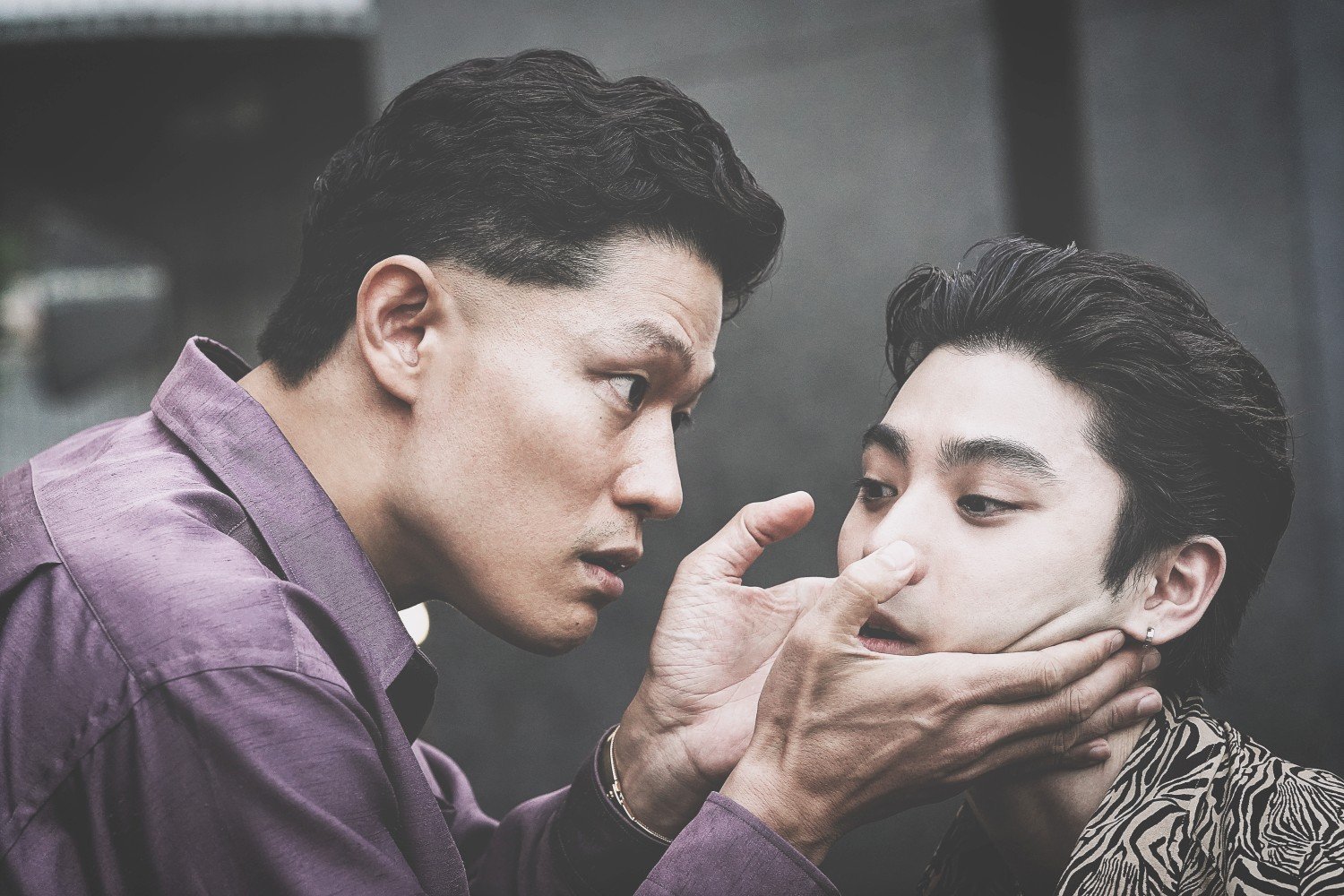 To see Hioka fill in his mentor’s shoes is fascinating to behold, as it is jarring to see how effectively he has adopted the corrupt tendencies required for cementing his place in the world. This, inevitably, is followed by a terrible downward spiral, as Hioka is unable to catch up with the psychological and practical repercussions of his actions, especially when an almost-sociopathic Uebayashi eggs him on under a misguided sense of honor. The chemistry between Uebayashi and Hioka serves as the crux of Last of the Wolves, as every interaction and clash is yet another feather in Shiraishi’s directorial chops, and the respective actors carry out their roles with exalted expertise and groundedness.

In terms of narrative, Last of the Wolves shares some of its flaws with its predecessor, as some of the sequences seem unnecessary and out-of-place, and a clunky middle half grinds the film to a halt for some time. Things start looking up only in the third act, which is a masterful lesson in characterizing the chaotic lull of the criminal underworld, rife with car stunts, swordfights, and men straddling into spaces, guns-blazing. However, all the glitz and glamor are not enough to mask the lack of emotional depth in the characterization of Hioka, as it does not live up to the intensity of the ending promised by The Blood of Wolves. While Matsuzaka does a commendable job with a world-weary and nihilistic Hioka, he has been unable to imbue the character with the requisite balance and depth like that of Ogami, being overly-reliant on plot points or other characters to carry his vision forward.

Also, Read – The Wolf in the Moonlight (2020) Review: An Ambitious but Juvenile Documentation of a Lethal Man

While Last of the Wolves is a worthy sequel to its predecessor and does a good job in exploring the gray morality of the criminal underworld and its shifting allegiances, the film falters and falls short on many aspects. Despite the action and violence being taken up a notch, the narrative lacks in terms of stakes and agency, despite possessing two powerful people, or wolves, at the epicenter of the story. In terms of cinematography, Last of the Wolves sticks to dark, grittier tones and vignettes, effectively capturing the seedy underbelly of a world lost to death, dishonesty and corruption. If anything, Last of the Wolves does not brim with heart, which happened to be the very reason The Blood of Wolves is considered a landmark in the yakuza genre.

Last of the Wolves premiered at the New York Asian Film Festival, 2021