Even though the movie's ‘why’ factor is easily decipherable, the weight of its message and the efficient path taken to convey makes it a significant work about the ruthless or irresponsible behavior in the virtual space. 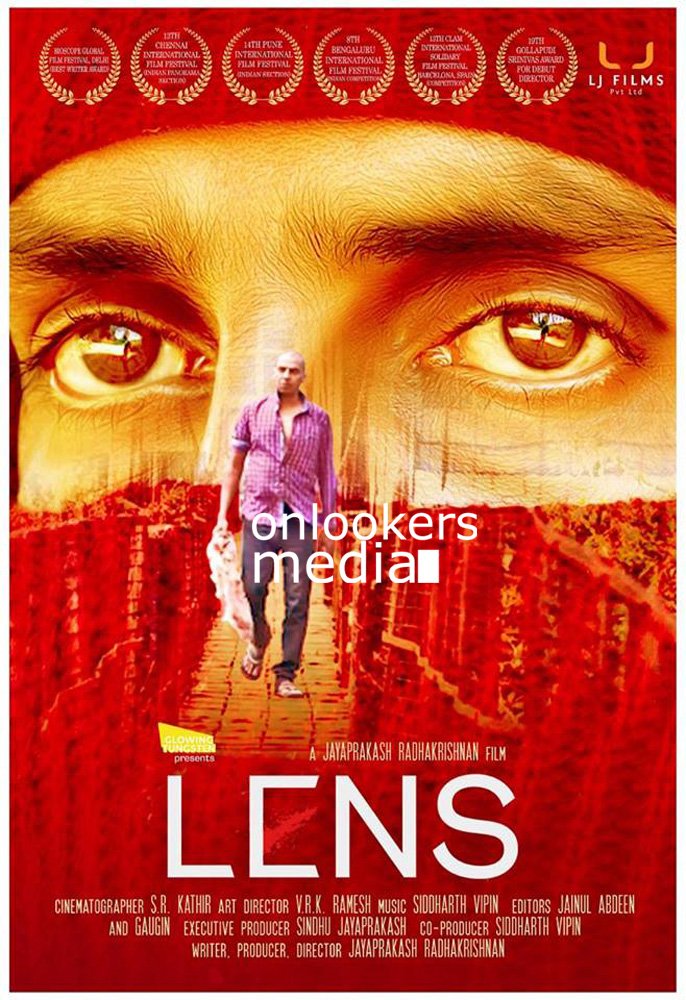 Arvind, one of the two central characters in the riveting drama Lens (2017), is a boldly written character in the Tamil cinema milieu [simultaneously made in Malayalam and the character is played by the (debutant) director Jayaprakash Radhakrishnan himself]. While Tamil/Indian films are nowadays written & made after taking into account the strict censorship and casual movie-going audiences, Lens commences with a scene which may make few squirm in their seats. Arvind’s marriage is in shambles. He has holed himself within his room and the wife couldn’t get past the sticky-note outside the door which reads ‘Please knock and come’. Arvind yells to his wife (Misha Ghoshal) that he is busy working on a project for US clients. But he is only burrowing his self into the darkest crevices of internet to satisfy the uncanny sexual needs. He is now ‘salmanboy’ (user id). Wearing the mask of Salman Khan, Arvind is skyping with a masked woman named Julie. Nevertheless, Arvind isn’t viewed through rigorous,  judgmental lens. When he calls this daughter & wife on phone, the next day, he seems to be a normal loving father and husband.

Alas, Arvind doesn’t seem to care about how internet is a double-edged knife. The digitalscape he is exploiting to attain sexual gratification turns around and begins to exploit him. He accepts a random friend request from a girl and writhing in joy for yet another session of voyeurism and virtual sex. But the person at the other end is a tall, bald man (Anand Sami) named Yohan with a simple yet menacing request: ‘please watch me commit suicide’. Arvind naturally cuts it like a wrong number. But the sinister man perfectly corners Arvind, who has neatly gathered all the past digital misdeeds of Arvind threaten to ruin his personal life. The man on the other side has also hatched up a vivid, seemingly cruel plan to trap Arvind. The eyes that looked at the lens with wide-eyed wonder now want to avert the gaze. ‘You definitely can’t do that’ states the bald-headed terrorizer. 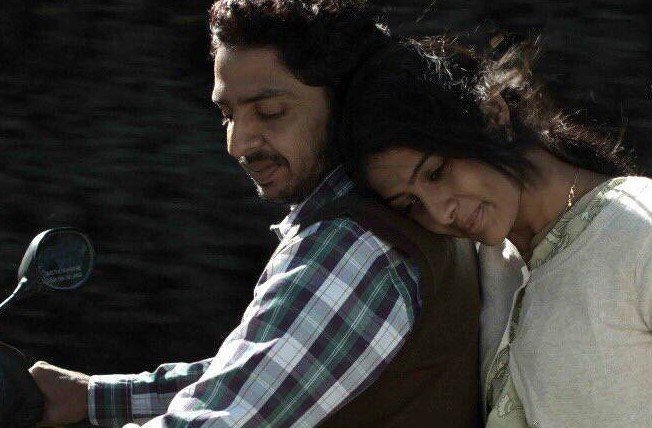 Lens’ script brims with sad irony. For example, the very words Arvind uses to define Yohan comes back to haunt him at later stages; or the stack of papers used by hearing-impaired woman Angel (in the unnerving flashback potions) to first convey her love and later her demise. Even though the ‘why’ factor is easily decipherable, the weight of its message and the efficient path taken to convey makes it a significant work about our ruthless or irresponsible behavior in the virtual space. Director Jayaprakash excels in suggesting the violence and sexual abuse inflicted on the characters. Hence, it delivers more impact than the explicit manner of storytelling. Making Ananth Sami’s character an orphan or Aswathy Lal’s a hearing-impaired woman seems to be unsubtle way to increase the narrative’s emotional quotient. Yet, Mr. Jayaprakash never goes overboard in showcasing the characters’ emotional trauma (moreover Angel’s confession resembles many real-life painful incidents – for eg, Amanda Todd). Particularly, the scene when Angel hallucinates about roomful of eyes lustily gazing at her sends a chill down one’s spine.

Although the film unfurls for the most part in apartment rooms, cinematographer SR Kadhir does a commendable job to not set in tediousness. Of course, the narrative demands fair dose of suspension of disbelief to engage with the proceedings (apart from few technical flaws). Director/producer Vetrimaran’s efforts to release the film on big-screen deserve special mention. While director Jayaprakash delivers a very average performance as Arvind, it is Anand Sami who turns out memorable performance as the vindictive Yohan. The veteran theater artist is sharply convincing both as vulnerable man and remorseless being. Mankind is doomed to unearth fresh devils out of new technologies. Now and then, we need films like Lens to unflinchingly hold a mirror and dissect the wrongs done under armor of anonymity. Unlike mainstream Tamil/Indian cinema which portrays tasteless fiction as a form of reality, Lens (90 minutes) presents a hard reality and earnestly asks us to beware of it.

Before Sunrise [1995]: A beautiful love poem

I Am Heath Ledger [2017]: A Touching Portrait of a Fallen Artist