From the unbelievably erroneous behavior of prison wardens, security guys to the uncannily perfect mechanism of gummy bear bombs, the entire plan’s preposterousness never tramples upon our sense of enjoyment.

Steven Soderbergh may not have the staging abilities of Steven Spielberg, Quentin Tarantino, David Fincher or Christopher Nolan, but he is one of the compulsively exciting modern American film-maker whose unbridled passion for cinema and quest for creative satisfaction is something wondrous to behold. For the sake of silly categorization, Sodebergh’s movies could be labeled to fall under: arty, experimental features (Schizopolis, Gray’s Anatomy, Bubble, Solaris, The Girlfriend Experience); main-stream entertainment (Out of Sight, Ocean’s Eleven); and his best ones where two categories deftly coalesce with each other (Sex, Lies and Videotape, King of the Hill, The Limey, and Traffic). Of course, there are other good Soderbergh films that challenge one’s penchant for seeing his works through a narrow spectrum – like Kafka, Che, The Informant, Contagion, and Magic Mike. Soderbergh’s latest film – the one which made the director to once again break his announcement of retirement – Logan Lucky (2017), a carefree caper comedy, naturally belongs to the 2nd category [although it has been four years since he released his last full-length feature (Side Effects), Soderbergh meanwhile directed a TV movie Behind the Candelabra and a TV series The Knick]. 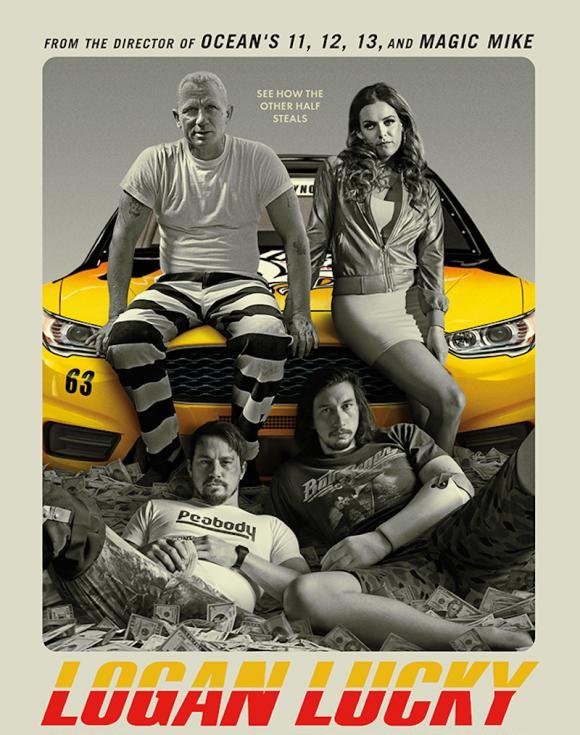 Folks of a small West Virignia town are totally convinced that the Logan family is cursed. Jimmy Logan (Channing Tatum), once a locally famous high school quarterback and now a construction worker can’t keep a job because of his injured leg. He is divorced, wife (Katie Holmes) now married to a obnoxiously rich car salesman, and Jimmy visits his adorable little girl once a week. Younger brother Clyde Logan (Adam Driver) is a bartender who had lost his one arm to a roadside mine during his Iraq tour. For whatever reasons, suffering and miseries have been the preexisting condition for the Logan family tree. After losing the job and engaging in a bar fight, Jimmy decides it’s high time to reverse their family misfortune. To his brother’s dismay, Jimmy decides to achieve that by robbing from a vault buried deep in North Carolina’s Charlotte Motor Speedway. The duo recruits their hairdresser sister (Riley Keough) and a blonde-haired oddball with a knack for blowing vaults, Joe Bang (Daniel Craig). It’s an elaborate plan that relies mostly on unbelievable coincidences and unfathomable human errors rather than on deep intelligence. From the behavior of prison wardens, security guys, church ladies to the perfect mechanism of cash carrying pneumatic tubes and gummy bear bombs, the entire plan’s preposterousness however never tramples upon our sense of enjoyment.

Written by Rebecca Blunt, cinematographed by Peter Andrews, and edited by Mary Ann Bernard (pseudonyms of Soderbergh himself), Logan Lucky is suffused with typical Sodeberghian wit and a brilliant ensemble cast which consistently provides much-needed vibrancy to the surroundings. The implausibility factors concerning the heist are easily overturned by the wholly spread effervescence. The writer/director doesn’t load any overriding causes to the protagonist for committing the robbery. There is no powerful nemesis (as in Ocean’s Eleven) and the perpetrators aren’t greed-infected subhumans (all the great heist films work as treatise on human greed and frailty). Jimmy Logan just wants to confront the so-called luck and prove it wrong. So it’s pretty much a silly yet funny idea that’s at the core of the narrative and Soderbergh smartly builds up other characters who elevate this fun element without annoying us (even Joe’s ‘hillbilly’ brothers’ idiocy isn’t overplayed). There’s a devil-may-care attitude to the characters and narrative so much that we don’t doubt the outcome of the heist. But enough intrigue is created in the ‘how’ part. Soderbergh displays simple procedure after procedure to slowly unveil the convoluted layers of the heist. However, dubious it all might seem on hindsight, the narrative flow arrests our attention throughout. 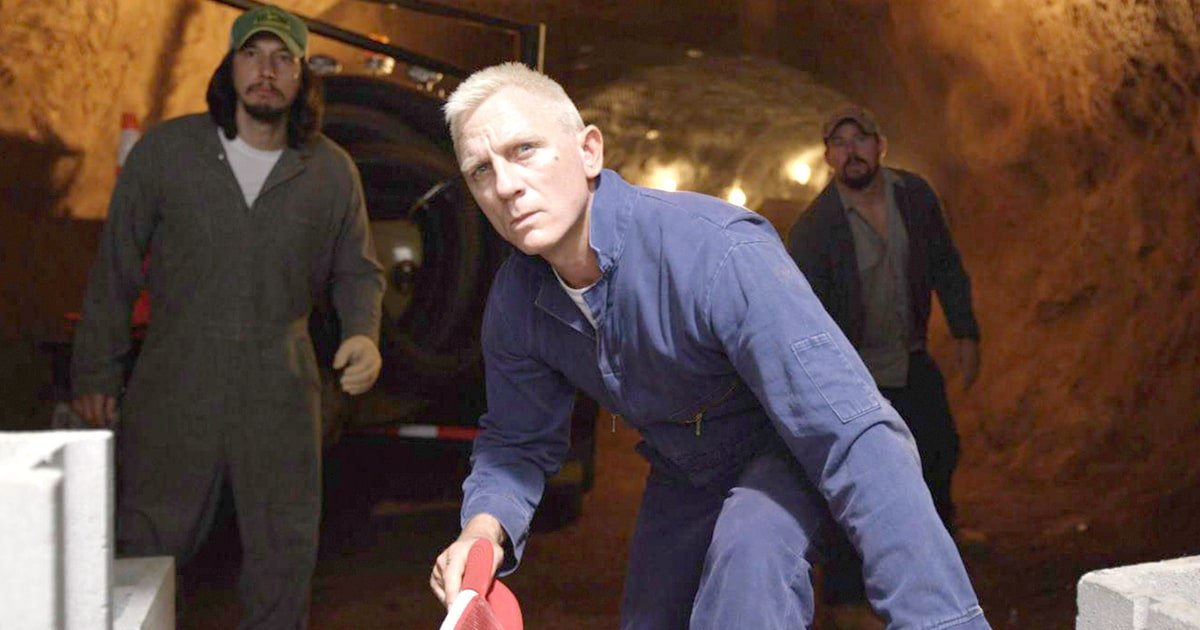 Logan Lucky doesn’t have an overtly political layer – about widening rift between American North and South as in the recent bank robbery drama ‘Hell or High Water’ – attached to it. Yet, within its limited scope, Soderbergh touches upon certain elements that are distinct to American South. Manual laborers without good union representation, giant sink holes on a motor speedway built on a landfill, chemical plant spoiling up the area’s drinking water, and the general sense of giving into American South stereotypes (media labels the robbery as ‘hillbilly heist’) which placed alongside the firm emotional undercurrent gives something to chew upon. Soderbergh’s characters aren’t political and they don’t generate pathos by remembering the societal failures or angrily deliver a speech like ‘America is a Business’, but the thin layer of politics adds intriguing extra dimensions to the heist. For example, in one shot we see Jimmy and other workers toiling underground, while the next shot reveals they are actually under a huge, gorgeously built stadium. The motor speedway also contains a subterranean world where workers suffer for minimal wages and temporary jobs, whereas up above the mythical American dream thrives [additionally, there’s Seth MacFarlane’s racing driver character which pokes fun at the big brands and inherent narcissism of the racers]. The fact that a caper film has such broader visuals and distinct setting makes it a little more interesting. The film does a feel a little stuffy during the final post-heist part with Hilary Swank playing a F.B.I. investigator, a stand-in for the fierce critic within us viewers. Nevertheless, it all ends with a playful ambiguity and a beautiful final shot.

Logan Lucky (119 minutes) is a blissful and crowd-pleasing heist flick that receives lot of leverage from the customary coolness of Steven Soderbergh and a charming ensemble cast. For a change, it’s good to see a popcorn entertainment involving working class men than the perpetually conflicted super-heroes.

Good Time [2017]: Delivers More Than What Its Title Promises