Malignant Movie Explained & Plot twist Analyzed: James Wan’s ‘Malignant’ did not evoke a response from audiences and critics that was expected. Genre purists did appreciate its unique teratoma twist but bemoaned the lack of plausibility. Like that has ever been a consideration for horror films.

On a personal level and as a lover of horror films, ‘Malignant’ worked very well. Although it does not particularly fit in as a movie about ghosts and instead belongs to the slasher genre, there are gory thrills that could match any horror film worth its salt for jump scares. Wan’s films have always been about the atmosphere, the abstract sense of danger that is on the precipice. You do not see the ghost/spirit/creature in the opening scene or any time soon really. Its introduction is paced to perfection with an enticing buildup. Seeing the creature meander the house in the very first moments was a bit surprising but Wan made sure that his grip on the mystery was strengthened through this choice.

We have decided to write this piece to give some clarity as to some of the aspects of the film that do not have a straightforward explanation. While there are a few that we ourselves do not have concrete answers to, we do our best to make sense and be reasonable.

‘Malignant’ starts twenty-seven years before the timeline that the story unfolds in, at the Simion Research Hospital. Dr. Weavers, along with her colleagues Dr. Fields and Dr. Gregory, examine the progress of a violent patient at the facility, Gabriel. During the recording, he goes 0ut of control, killing a lot of the staff and the screen cuts to black. In the present, Madison Mitchell, a pregnant nurse, lives with her husband, Derek. The two have a fight and Derek ends up pushing Madison against the wall, thereby hurting her head. The same night, a mysterious force brutally murders Derek and attacks Madison, who loses her child in the process.

The killer is seen again and kidnaps an unnamed woman, while Madison reveals to Sydney that she is adopted. Madison has a vision where she sees Dr. Weavers being murdered by the killer but is unable to move. Investigating detectives Shaw and Moss find a photo of a young girl at Weaver’s house. Madison yet again sees Dr. Fields being murdered like Weaver. Shaw then discovers that the girl in the photo is Madison, her real name was Emily May, and that she was a patient of Weaver’s. Maidson is contacted by the killer who is revealed to be Gabriel, from the first scene. Subsequently, Dr. Gregory is murdered as well. Sydney visits the Simion hospital to make a startling discovery that sets the tone for the rest of the film.

Gabriel, as revealed by Dr. Weaver in a flashback recording, is a teratoma, a rare form of cancer. His body is underdeveloped and because of not being able to separate from Madison in their mother’s womb, he is attached to her spinal cord and her brain. Weaver also reveals that although they cut out the cancer during the surgery, they were not able to fully remove Gabriel because doing so would have been fatal for Madison. It is shown in the recordings Sydney retrieves that Gabriel was assumed to be an imaginary friend of Madison and also the fact that her mother had died during childbirth. But in reality, a 15-year old rape victim, Serena May, gave up Madison and Gabriel to the Simion facility at her mother’s insistence. Gabriel is the twin brother of Madison who shares the same brain as her but does not have a physical body of her own.

Who is Committing all the Murders happening in the town?

When Madison’s head was smashed against the wall by Derek, a dormant Gabriel was awakened. This sparked the events of the film. So, Gabriel is the person who murdered all the doctors and police officers at the precinct when he was awakened by bullying cellmates. Madison, as is revealed later, plays no part in the murders and is merely a mute spectator when Gabriel commits all the murders. He uses Madison’s body and moves by twisting her bones and joints. This also explains the creature’s abnormal and animal-like movements where its head and body seem to be going in different directions: the inverted appearance of the creature.

What is the Meaning of the Visions that Madison is having?

There are several instances involving Madison when she does not know her whereabouts and we see the setting around her change to the setting of the murders. She remains motionless, unable to move or do anything, and we see Gabriel attacking the victims. The visions represent Madison’s mental prison, a place where Gabriel’s conscience takes over Madison’s physical body and controls it. In these instances, Madison is helpless and is delegated to remain behind bars. She can only see what is happening because she shares the same brain. Right from the first scene to the buildup to the climax, we see her being present wherever Gabriel murders because of this fact. 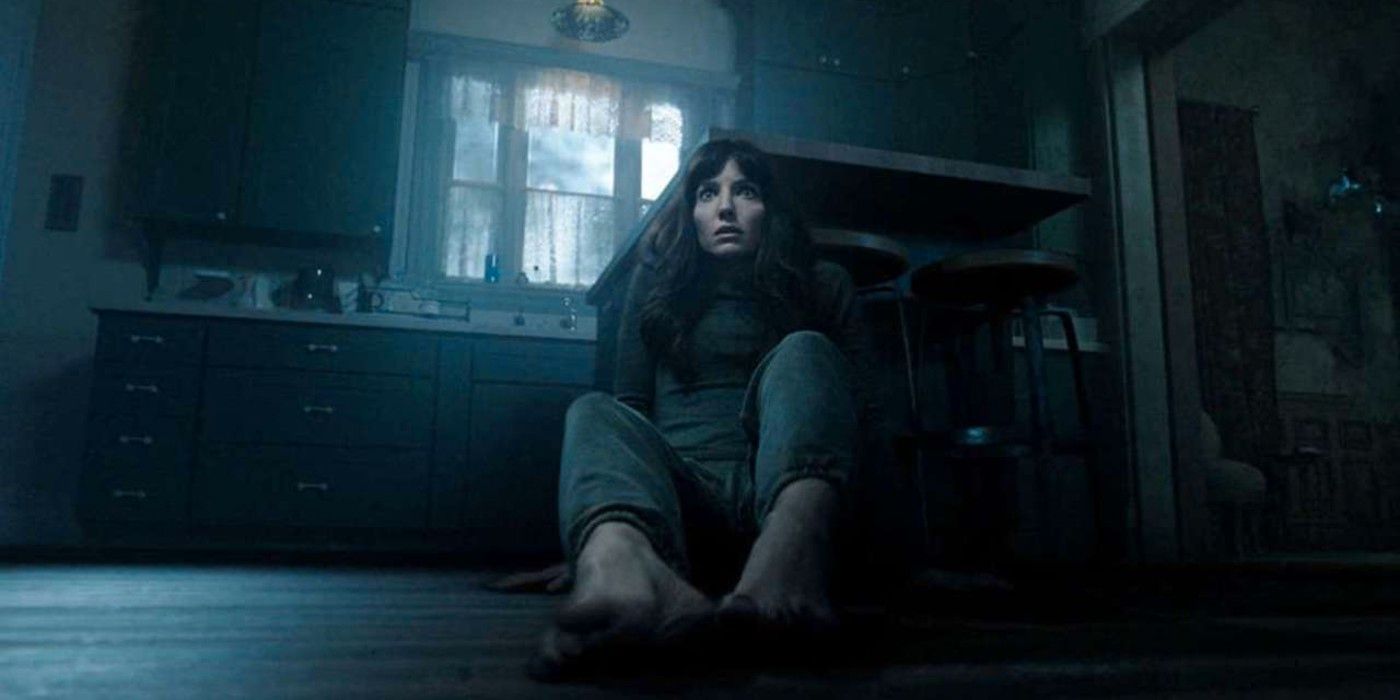 The Triumph of Good versus Evil

Probably the only and the most significant theme in not only ‘Malignatnt’, but all James Wan films, is the triumph of the inner goodness of human beings. In almost all horror films generally, a possessed person is reminded by their loved ones even when they do not have control of their own bodies about the power of love and the goodness inside of them. They make the possessed person aware of how they are still inside their bodies somewhere and can stop the events by putting in an effort. In ‘Malignant’, it is Sydney who reminds Maddison of how she is the one who will be able to control Gabriel with the power of goodness inside her. During the murder scene of Dr. Gregory, we see Maidson trying to warn Detective Shaw bout the presence of the creature that further shows how different she is from her twin, despite sharing the same brain.

Malignant Movie Ending Explained: What happens in the end?

The violent ending of ‘Malignant’ is shocking, to say the least. Not in what happens, but how. Gabriel is awakened by cellmates bullying Madison and proceeds to brutally murder all of them, even the ones who were not participating. He proceeds to the hospital where Serena is admitted after being tortured by him in Madison’s house. He attacks and kills everyone before making his way towards Sydney. It is she who then calls out to Madison, believing her to be able to listen to her voice, and fills her with strength, explaining that it was Gabriel who killed all her unborn children. We then see Syndey’s attempts failing as she and Serena are both murdered by him. The settings change the way they did with Madison, who is actually baiting Gabriel into the mind prison using his own technique and is locked away forever. The very last scene also shows a static that appears on the screen, indicating that Gabriel is still there with them and hinting towards a possible sequel.

M3GAN Surprises with $30M+ Opening, Avatar: The Way Of Water Rises To Become 7th Highest Grossing Film Of All Time

M3GAN (2023) Review: A Predictable Horror Satire Saved By the First Great Villain of 2023