If one can point out only one recurring thing which is common in all great artists then it has to be their work’s continuing relevance to the present day. Brecht has been one such figure. Today, after decades of his demise, we notice the same intensity in young men and women who are singing about the dark times; his prophecy came true.

Tathagata Ghosh’s Mangsho – The Meat is the perfect testament to this fact. It reinstates the fear which is already blowing hot in the air. It revolves around the central idea of contemporary India’s religious persecution and the othering which has become so normalized in regular life that it feels mundane at a times. Meat opens up with a distinctive voice which informs us about the pandemic. With unflinching and informative dialogues Tathagata takes us quickly to the story which is about a migrant Muslim worker (Rizwan) disguising as a Hindu worker (Ramen) and taking shelter in an ultranationalist Hindu party worker Sahadeb Chatterjee’s house. The idea about identity is very interesting here, Rizwan could trade off his religious identity to survive yet his earned identity of being a worker sticks with him. The moment his trading off gets into loose muddy water, unfortunate ending hammers his story. 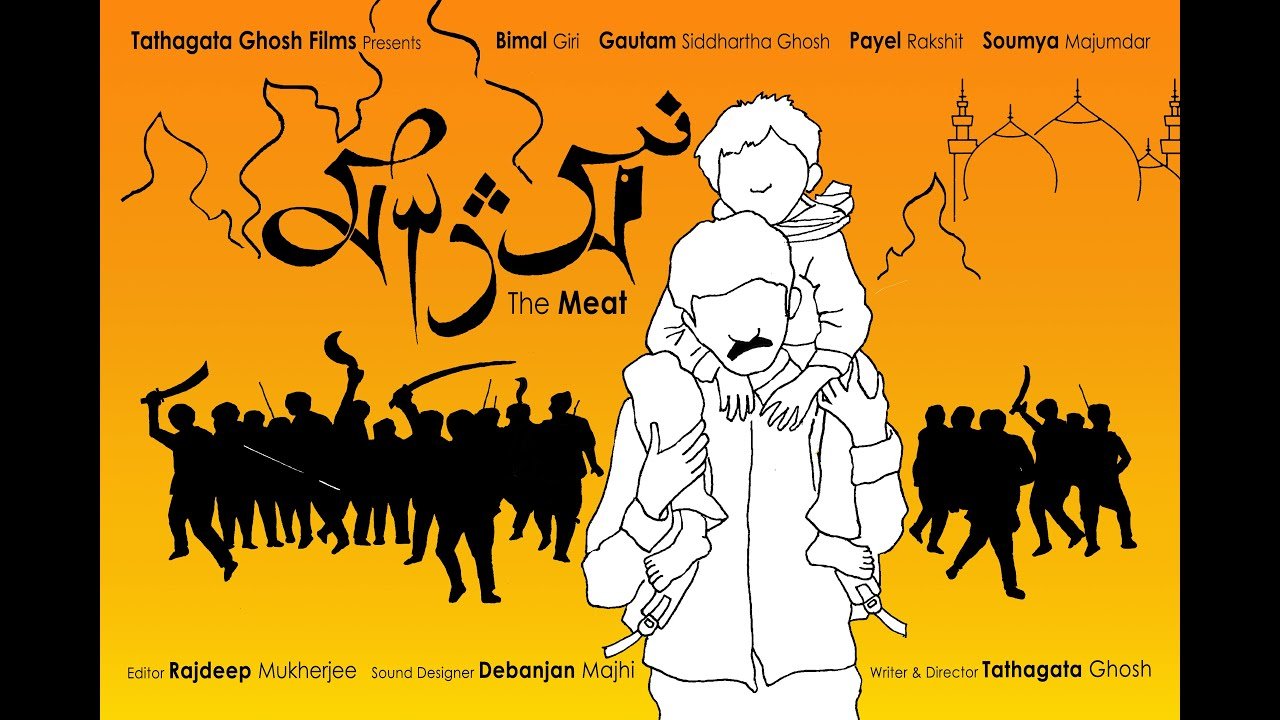 Meat champions digital technology in a true way. When we talk about digital technology all we talk about is the democratic way of looking into and making the images. In Meat we see that a man and woman in love are sharing their thoughts and sorrows through their phone cameras, they are setting their own angles and fixing their own gaze. This new form of image-making is totally a result of digital cinema. Something like this, we have already witnessed in Iranian cinema, especially with Jafar Panahi. If we are to take a case in Indian cinema, writer and independent filmmaker Devashish Makhija has taken this form into a new height with his short films ‘Taandav’ and ‘Agli Baar’. It would be quite interesting to note that this form of film making gets brought forth due to a certain restriction in other ways of film making. Meat is a true product of this restrictive image-making.

It has all the supposed good qualities of a short; a quick push into the main idea, an engaging and invigorating premise, a great overarching idea, a cathartic hammering moment in the end. Glued with these, Meat has some poignant performances etched in it. All four of these actors wear their pain, passion, love, aches and joys in their faces. Characters in short films are mostly linearly developed because of the brevity and in this case the pro-filmic space (space before the camera) takes after the allotted time, it too is small. It is fascinating to note how in this adverse situation actors in Meat bloom in their totality.

With Debanjan Majhi’s soundscape which is both precise and informative the film doubles up its contemporariness with sometimes showing a flair for newer creative roads. However, the montage section (of lion and pig) which hits us along with the climactic point of the film — laden with a suggestive spirit-seems a bit overcooked and overdone.

With a sea change that our world is going through right now, old-world orders are changing into new ones. In an older world, lockdown shorts could not be considered as a genre; it’s a lazy man’s foxy digital exercise. But in this new world of digital ticking bombs, lockdown shorts are true pieces of communications and with the unending pandemic, it seems that this is going to take over as a major genre. In this sea of ‘lockdown contents’ Meat sails like a steady ship. 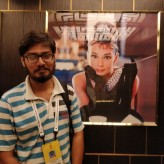 The Daughter [2022] ‘MAMI’ Review: A Chilling, Powerful Portrait of Death and Closure in Modern Socio-political landscape