Other Music: The Documentary is a little beautiful piece of nostalgia, sweetly giving tribute to the famous New York music record store that housed and sometimes introduced the world for the first time to some of the greatest underground music artists of the last couple of decades. This is a film that could be enjoyed by both longtime pilgrims of that incredible store and music fans around the world who always seek the unspoken in art and wish to celebrate what is a little bit better and higher than the ordinary.

Other Music is a documentary that is full to the brim with an incredible passion for the art of music and the thrill of sharing it with the world in any form one can; as physical media continues to wane across the world and we start consuming art more and more through digital platforms. The documentary asks us to remember the joys of having a conversation with another human being where music is shared and not remembered, instead of having an automated bot do that for us online.

Similar to Other Music – Ken Russell Kraziness: The Music Lovers [1971]

This is, of course, the standard modern documentary formula that we’ve seen so many times before. Half footage, half interviews formate doesn’t bring anything impressive to the film technically. But the subject matter is its most fascinating part. Something that grants it its magic and liveliness. As somebody who lives on the other side of the world from New York, Other Music made its story feel quite relatable and universal. It chronicles the twenty years Other Music was in business with exquisite attention to the little details that made this place the little spot of wonder it was for so many years. 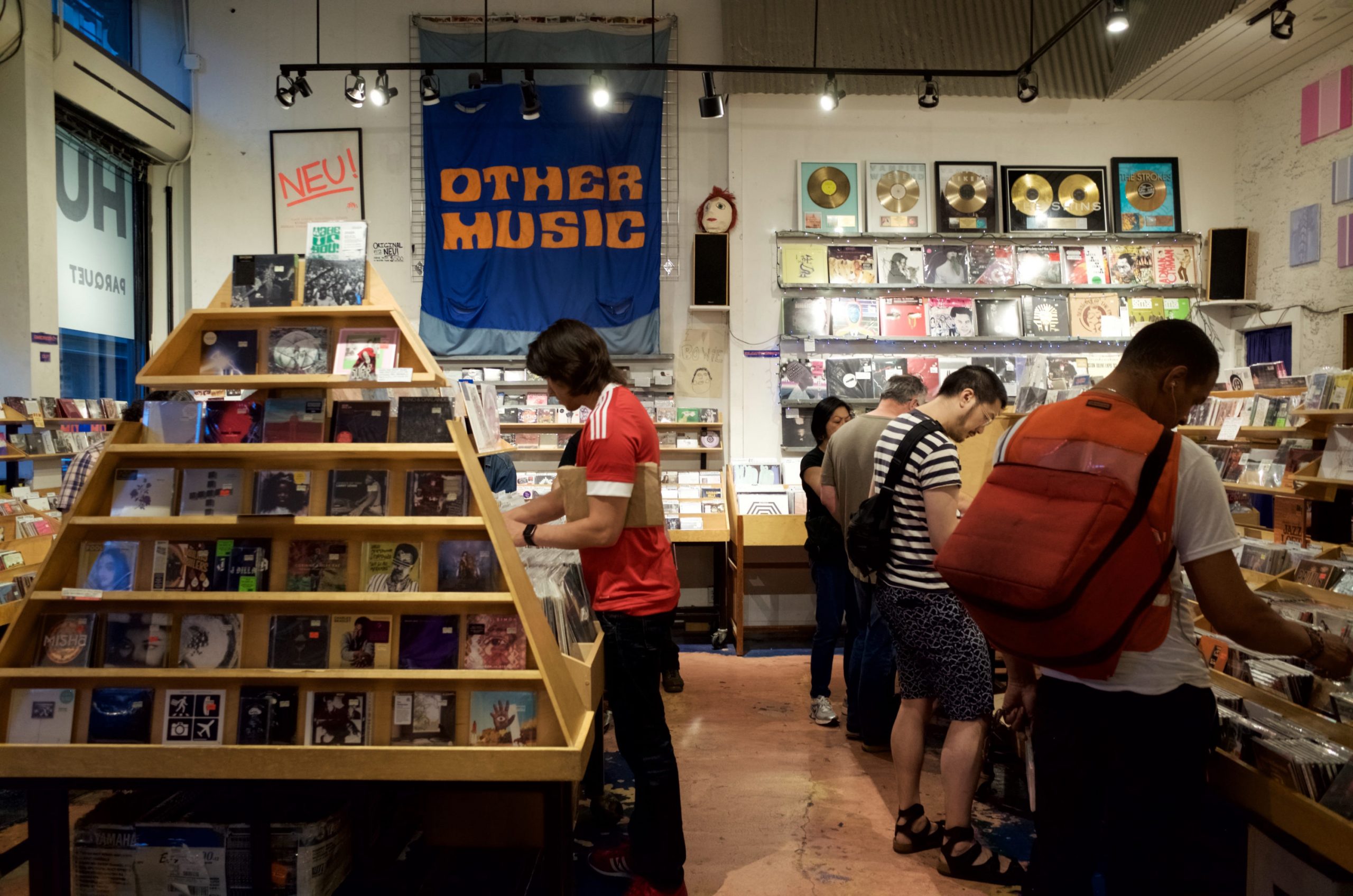 Midway through the film, it is revealed that the store is to be closed forever to the sorrow of all its lovers. However, it never lets you feel sad throughout the film and saves it all up until its last few minutes which are a complete tearjerker. Most of the documentary, therefore, is just an attempt to accept a world where music is not consumed physically and where stores like Other Music have no place nor chance to survive. It dives into the beautiful memories both the owners and customers built together for two decades.

Extremely warm interviews with people who worked at the store for years and exciting stories of how they came to be there and how much it meant to them, footage of concerts that happened at the store and had a fair share of credit in launching many an artist’s careers, and images of the present where this little place of wonders had recently ceased to exist in reality and does so only in bittersweet memory, this documentary constantly jumps between these three components, rendering it captivating and never stale.

As someone who is deeply passionate about music, this documentary managed to somehow put into words and images what I could never say about music, and its spell which usually renders most people awestruck and speechless was beautifully exhibited with stories of people from all over time and space, finding solace and communion in one little place that will forever hold a special place in their hearts.

Watch the Other Music Trailer Here

National Identity In The Romantic Aesthetic of Michael Powell