Karel Kachyna’s visually innovative The Ear (Ucho, 1970) offered a compelling look at life under the totalitarian rule. It was a blistering criticism on the climate of paranoia perpetuated by the ruthless political establishment, unlike the highly nuanced satirical comedies made by other Czech New Wave film-makers’ like Milos Forman, Jan Nemec, Jiri Menzel, etc. Shot in the immediate aftermath of Soviet occupation of Czechoslovakia — end of a brief period of liberalization (known as ‘Prague Spring’) — The Ear was banned before it could be screened. The film was eventually shown in 1989, in the wake of the Velvet Revolution, and gained international acclaim in 1990 when it was screened at the Cannes Film Festival.

The Ear (Ucho) was based on a story by writer and producer Jan Prochazka, who also penned the script for the movie along with director Kachyna. Jan Prochazka became Kachyna’s frequent collaborator from the early 1960s, and they worked together in eleven films between 1961 and 1970. Mr. Prochazka was an activist in the Communist Youth Organization, and much of his screenplays and productions (especially his collaborations with Kachyna) were generally disregarded as ‘officially sanctioned’ criticism. But Prochazka’s during the 1960s directly confronted the myths perpetuated by the Communist Party, criticized its dogmas, and called out for reforms. In 1968, Jan Prochazka was accused by the KGB for attempting to destroy socialism and from then on he was added to the list of constantly persecuted intellectuals. The Ear was Prochazka’s last work with Kachyna as he died of cancer in 1971. 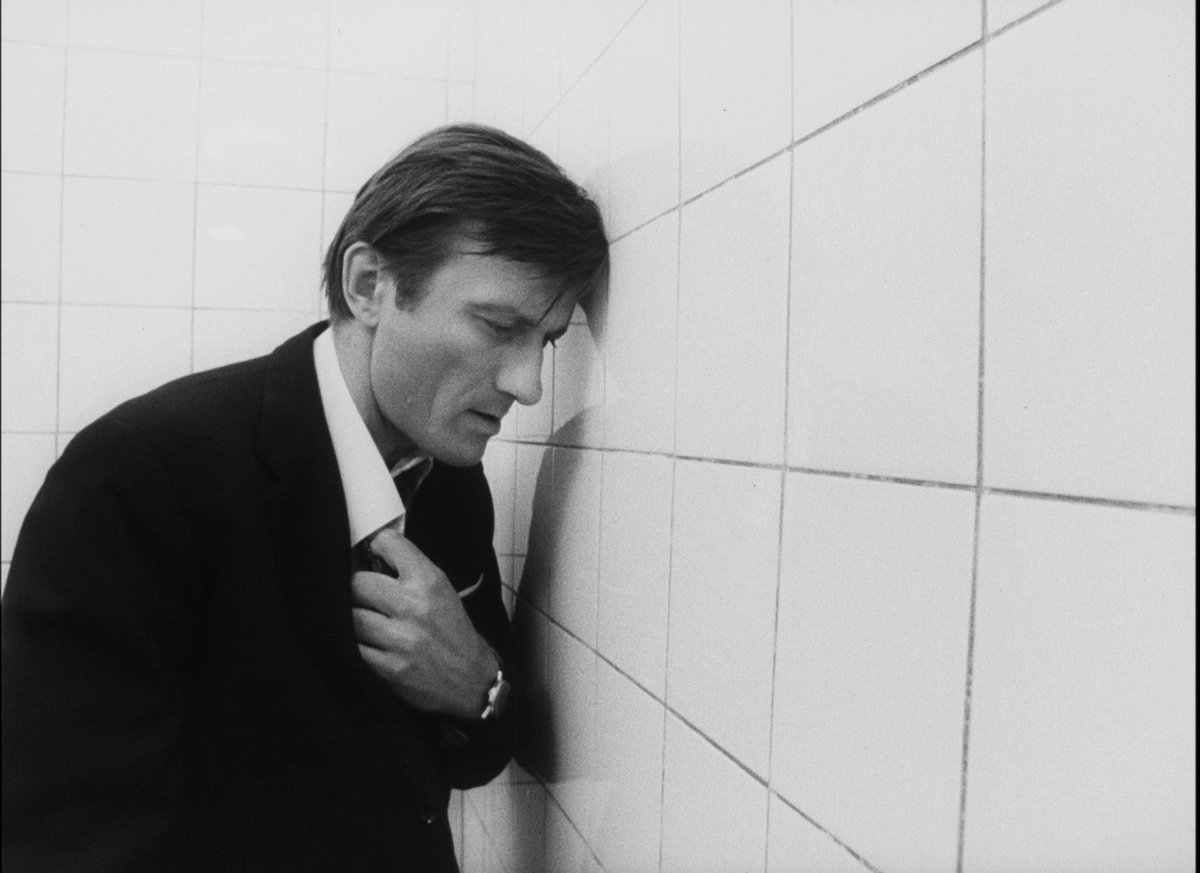 The invasion of the political system into the personal space is a subject of enduring interest in films offering a critique on the brutal policies under the Communist Party rule. In The Ear (Ucho), the personal and political mingle in a very complex manner as it details the justifiable paranoia of a married and mutually resenting middle-aged couple who think they might be under the scrutiny of the inhumane political establishment. The film opens with the deputy minister of construction, Ludvik (Radoslav Brzobohaty) and his inebriated wife, Anna (Jirina Bohdalova) returning in the wee hours from a government party. Anna has trouble finding the keys to their extravagant home. But the gate is open and Ludvik blames it on their little son’s mischievous behavior. Anna angrily rants about their stale marriage, whereas Ludvik finding out that the electricity is cut off only at their home begins to summon back his memory of the party.

Related to The Ear (Ucho, 1970): Loves of a Blonde [1965] — When Political Practices Invades Youthful Romantic Impulses

Ludvik and Anna move around the darkened house with the help of candlelight and the frequent cuts to the blinding lights of the party at a Prague castle highlight the invasion of the early evening events in the present. The dark house also signals the despair awaiting the couple. Moreover, Karel Kachyna masterfully stitches together the present and the past, often cutting from distanced objective perspective to Ludvik’s first-person viewpoint. The emotions of guilt and fear roiling inside Ludvik are further intensely showcased by the close-ups of his face in a completely white and sterile background. Also, the first-person viewpoint at the party makes us feel that Ludvik might be caught unaware in the dispute involving his superior (the minister of construction named Kosara). Yet, the distanced perspective reveals how he might not be that innocent. Nevertheless, the punishment he is going to receive for his alleged transgressions will be decidedly harsh.

Anna not only finds that the phone is dead, but she also sees secret police lurking in their garden. While piecing through the events in the gala, Ludvik comes to understand that the minister and most of his cabinet men (except him) were arrested, possibly in a yet another unannounced round of political cleansing. Understanding the peril close at hand, Ludvik begins to destroy a bunch of documents that may incriminate him. Anna lapses between anger, hatred, and fear as he helps her husband burn the documents and flush it down the toilet.

She bickers with her husband, out of anxiety, although Ludvik warns her to not blabber behind the confines of their kitchen and toilet. The ear (listening devices) might be implanted in other parts of domestic space. The ear can misconstrue many of their private conversations as a libelous statement against the State’s socialist goals. At one point, a bunch of men relentlessly ring the bell, making Anna and Ludvik feel that, ‘this is it’. The couple comforts each other and for a moment we get a glimpse of genuine love between them. Anna packs him a bag and walks him to the gate.

Interestingly, the men happen to be well-connected colleagues of his old army buddy (not secret police), whom Ludvik met earlier at the party and are there for another round of drink. The raucous celebrations continue until early morning, and as soon as they depart, Anna quarrels with Ludvik for giving their wedding anniversary cake to the men (not the first time the politics has intruded upon their relationship; “Why did you give the thugs the cake?”, she asks). Later, Anna’s drunken accusations laid out against Ludvik add more shades to their characters.

Also Read: Larks on a String [1969] — A Tragicomic Examination of the Impact of Totalitarian Ideology

The indifference and lack of integrity in his personal life is hinted to have stemmed from his political dealings. But when Ludvik chooses suicide over imprisonment, Anna fervently comes to his rescue, only to discover that his gun has already been taken (““When they want to do it, they do it themselves,” he dejectedly murmurs). Finally, when the phone rings, he gets informed that he is now promoted to Kosara’s place. The film ends with a low wide-angle shot of husband and wife sitting in a sofa, a renaissance-style painting of a half-nude woman in the background, with Anna breaking the silence and saying, “Ludvik, I’m scared”.

The Ear (Ucho) is brilliantly structured and visualized to closely detail the escalating anxieties of its two central characters. Apart from the overtly visible contrast between the whiteness of the party and the darkness of the house, Ludvik’s frequent dissection of his recent memory provides some fascinating and darkly humorous moments (filmed in an expressionistic and surrealistic manner). In one instance, Ludvik finds hidden meaning in the social niceties. He asks Anna, whether a party official addressed her by name (“Did he call you Anna?” he inquires). When she says yes, he feels that ‘they’ wouldn’t be nice to his wife if he is going to be really dispatched from the ministerial position. In another superb sequence, we see Ludvik asking about the whereabouts of Kosara and his men, while in the background a large circle of government officials (and their girlfriends, wives) dance hand-in-hand. It feels as if they are closing in on him so fast. There are also other instances where Kachyna interleaves the bitter, strained realism with bits of wry absurd humor. And what starts off as mere marital squabbling slowly transitions into a profound take on tarnished ideals and unchecked power.

Ultimately, The Ear (95 minutes), shot in the style of a noir-thriller, is a concise and brisk journey into the bleak atmosphere of political oppression.