Mani Ratnam’s Ponniyin Selvan: Part I has turned out to be a huge box office success, earning raves from national as well as international audiences alike. For the unversed, Ratnam’s magnum opus is a historical drama, that takes on a specific time period from Indian history – the Chola dynasty of the 10th Century. Based on Kalki Krishnamurthy’s work, PS: 1 can be a demanding film-watching experience if one is unversed in the history and the characters that the narrative hurls at you during its three-hour runtime.

(After the film got over I overheard some honest soul in the audience admitting to her partner- “Next time history padh ke aayenge!”) It holds true to an extent, Ratnam’s effort might be a distraction if the viewer is unaware of the names and the politics of the era, as Ponniyin Selvan: Part I does not try to inject any separate voiceover to smoothen out the proceedings. So, a second viewing might be more rewarding than the first, given that one is then aware of what takes place in the Chola kingdom, which is considered one of the largest recorded dynasties in world history.

If you have watched Ponniyin Selvan and left the theatre wondering about the overpacked second half and that deliberate ending, you are not alone. This piece will try to give a clearer picture for you. Happy reading! 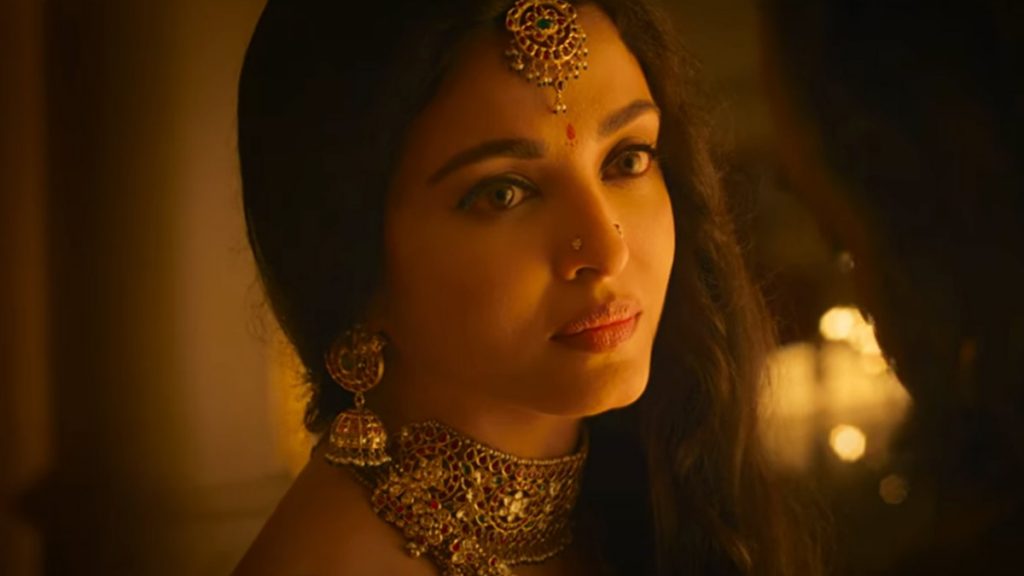 Ratnam has condensed and broken down the gigantic world of Kalki’s 1955 novel, and it helps in creating the focus on the main storyline. Ponniyin Selvan is set in the 10th Century when the Chola dynasty is in full power. The film is interested in the geopolitical tensions of the era and spins a deceptively angular mix of power struggles. The emperor of the Chola dynasty, Sundara Chozhar, has two sons, who are Aditha Karikalan (played by Vikram) and Arulmozhi Varman i.e. Ponniyin Selvan (played by Jayam Ravi).

They are both worthy successors to the throne and want to be in charge. Yet, there can only be one king, and Karikalan- who is the more conniving and passionate one, wants to make sure that he is the successor. He has heard some rumors that there are other factors in play and the rumors are not in his favor, so he sends Vanthiyathevan (played by Karthi) in order to bring him the truth. He cannot reveal his true intention to anyone and has to be extremely careful while doing so, in Tanjore, or else he might be killed. Karikalan, on the other hand, is still unable to forgive his father for denying his relationship with Nandini (played by Aishwarya Rai Bachchan) who loved Veerapandiyan.

The death of her lover in the hands of Karikalan ignites the seed of vengeance, as Nandini now plans a coup with her husband Periya Pazhuvetarayar, the closest chancellor and treasurer of the Chola empire. It is revealed that Nandini had even placed an essential condition before marrying him, that she will become the queen of the Chola empire.

Meanwhile, Vanthiyathevan overhears the conversations that take place inside the palace that there is no truth in the matter that either one of the two sons will be favored for the kingdom, but rather they are planning to give the throne to the emperor’s brother. Vanthiyathevan rushes to Lanka to bring this news to Ponniyin Selvan. He has more enemies than one, as Pandya rebels want to avenge the death of their king as well. Vanthiyathevan, now with Arulmozhi Varman near the end in Singla, is also surrounded by only enemies.

Ponniyin Selvan is now on his way to Tanjore, where he requires the help of Chola soldiers to lead him. Varman disguises himself as a regular person and gives Vanthiyathevan his attire to escape his adversaries. Upon arriving he discovers that they have all been ruthlessly murdered by the Pandyas, who are seeking to avenge the murder of their king by Adithya Karikalan, Arulmozhi Varman’s older brother. Yet, the revelation has more horrible outcomes than imagined. Vanthiyathevan is beaten and tied to the ship’s mast and Varman has to now face his enemies on the ship.

A massive storm ensures havoc on the ship, which is captured extravagantly by cinematographer Ravi Varman, where both Ponniyin Selvan and Vanthiyathevan are injured. The ship eventually breaks into two, causing everyone to drown. Ponniyin Selvan ends with news reaching the entire kingdom where everyone is shocked and devastated by the death of Selvan and Vanthiyathevan. Karikalan is sure that this undoing is the result of the rage of Nandini, as he killed her lover in front of her, so he proposes to destroy her.

Who is the woman with white hair? What is her connection to Ponniyin Selvan?

Yet, all is not lost. We then see a woman with white hair swinging underwater toward the two. We have seen this mysterious woman before, who had saved the life of Varman when he was drowning as a child in the Ponni river. Arulmozhi Varman had already given us a clue when he had stated before that whenever his life was in danger, she had always come to rescue him. Who is this woman? What is her connection to Ponniyin Selvan? Her face is then revealed to be that of Aishwarya Rai Bachchan’s and the film ends on this note, with the title of PS :1 changing to PS: 2, which will be released in 2023. Thus, Aishwarya Rai Bachchan has a double role.

This white-haired woman is believed to be Mandakini, who has her own backstory that might as well be explored in PS: 2. A little glimpse would be helpful here. Mandakini was in love with the emperor Sundara Chola, before he was crowned king. Unable to wed him, Mandakini had two children, one of whom was switched at birth- Madurantakan. Mandakini still believes that her child was stillborn and looks after the son of her lover Arulmozhi out of motherly affection.

She-Hulk: Attorney at Law (Season 1 Finale), Episode 9: Recap and Ending Explained - Whose Show was this?