Home»Reviews»Southpaw [2015]: Re-cycled with no Heart!
Reviews 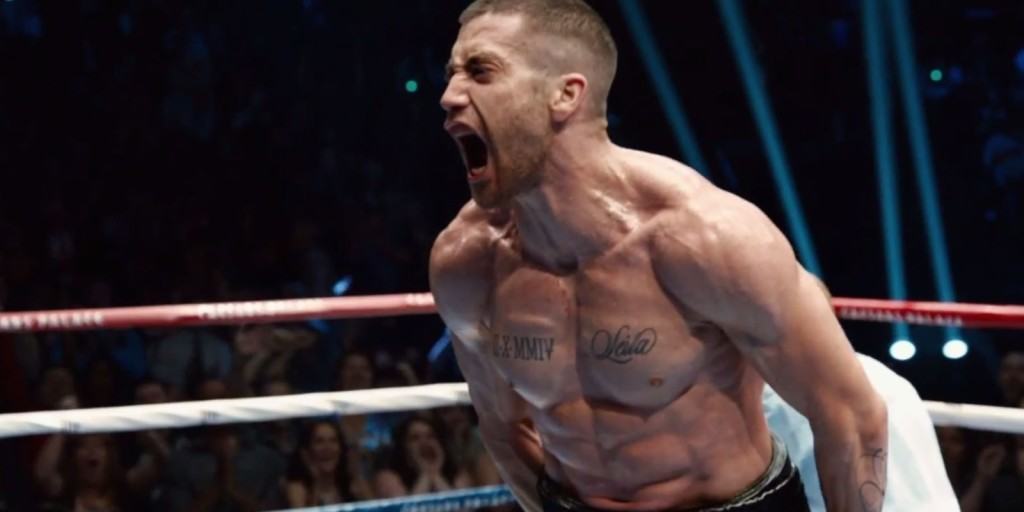 First things first, every sports film basically follows the same architectural template since the inception of its genre, and what makes them work is how much you are emotionally invested in the film, specially how well you connected with its characters to root for them, irrespective of the fact that they will emerge as the winner. Unfortunately, the central character of Billy “The Great” Hope is flawed and one dimensional, and his relationship with his daughter & wife is not established well enough to root for him. Every sports film has three things in them; personal conflict & then redemption, family issues and last but not the least, sinusoidal graph of his/her career. Sadly, the film falters in all the three things mentioned. 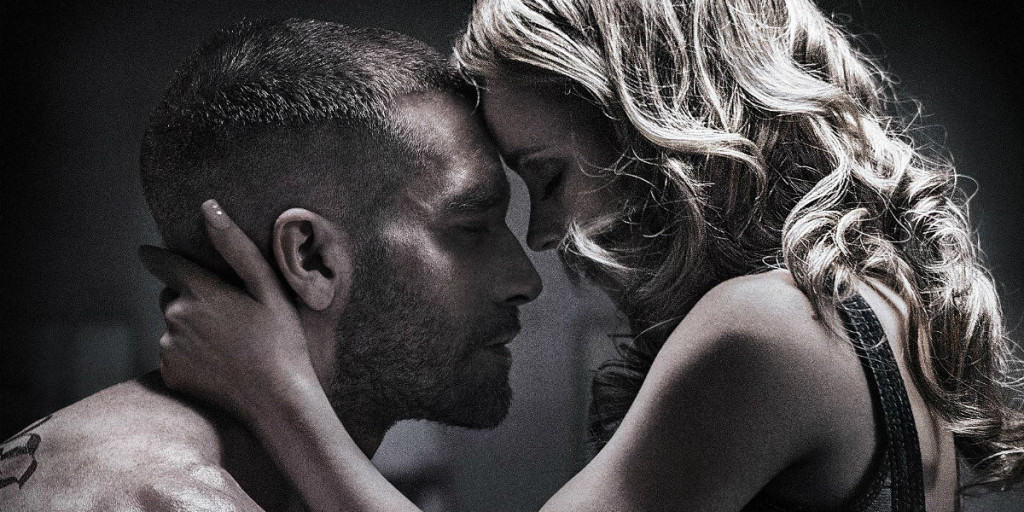 Southpaw frequently reminds you various classic films & it won’t be tougher to guess from where it has been inspired, it is that un-original in its narrative treatment. It derives its splanchnic energy inside the ring from “Raging Bull”, fighting against all odds ‘melodrama’ from “Million Dollar Baby” & training sessions looks kinda similar to “Rocky”.  Jake Gyllenhaal plays the character of Billy Hope, who was raised as orphan in Hell’s Kitchen and now he is the light heavyweight champion of the world, living a luxurious life with his wife, Maureen (Rachel McAdams) and daughter, Leila (Oona Laurence).  Southpaw starts with a defending title fight where Billy is ‘almost’ beaten to death, his eyes swelled, joints creaked, bloody mouth and reduced to shit but that helps him in channelizing energy for that one last winning punch that will change the game for him.  He has italicized “Father” & “Fighter” tattoo on his forearm, “Leila” and birth date of his daughter written in Roman letter(I googled that) tattooed on his chest, just to make sure what kind of character he is. Show subtlety man!

After an accident, in which his wife dies, Billy loses everything. He loses his mind, custody of his daughter, his bungalow and parts away with his promoter (Curtis “50 Cent” Jackson), and soon he is financially reduced to net worth of 50 cents. Rest of the film follows how Billy gathers his shit together , takes a humble job of swabbing the decks at a gym run by a trainer Tick Wills (Forest Whitaker) and gets back to his life, Title and daughter. 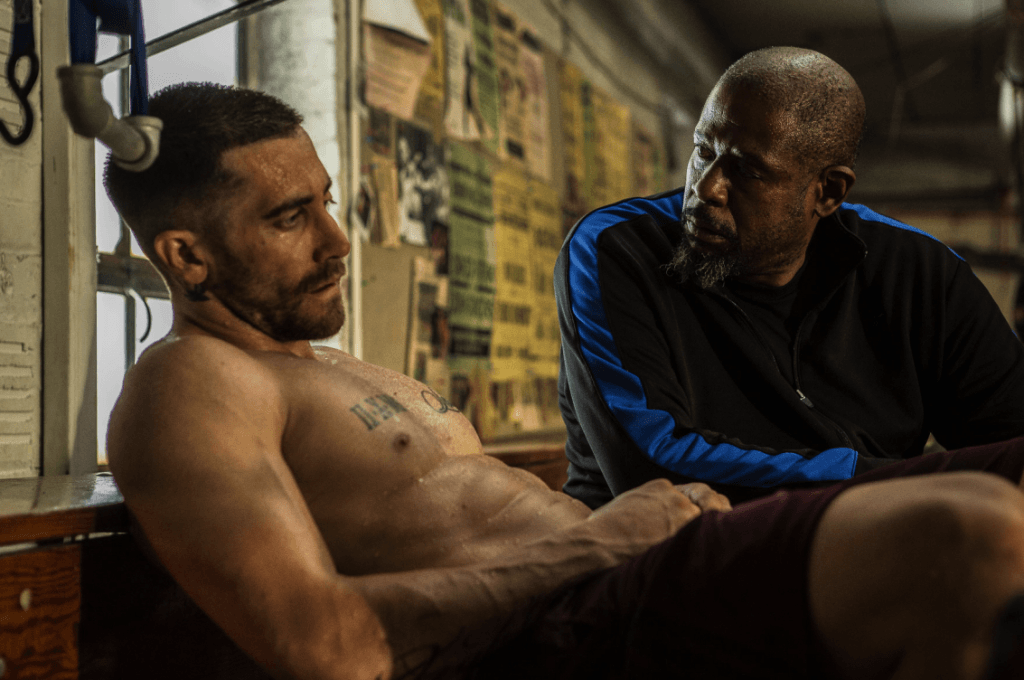 There are plenty of issues with Southpaw. First thing, lets not get carried away with the startling transformation of Jake Gyllenhaal with the cinematic craft. The narration of the film is filled with stale cliches. Script seems to have been written in 1960s and recently found in piles of garbage just to be presented in visually stunning manner. Predictability is again a normal norm in such films, but they come with the characters we are invested emotionally in. Here, all the supposedly emotional scenes fall flat due to poor direction and blotched writing. Like, the scene where his wife is shot and Billy cries for help, or the scene where his daughter is taken away from him, you don’t feel for the poor guy. Even his rivalry with boxer Miguel starts on a random stupid note and is stretched till end of the match in a half baked manner.  Even though everything in this film is a mess, Jake Gyllenhaal remains committed to his character and he tries to save the day with his magnetic screen presence. Wish script had supported him a little. The other thing that shines in the film is its stunning cinematography by Mauro Fiore and well choreographed fight scene in finale.