The Brave Ones (Season 1), Recap and Ending, Explained: As a species, we are physical entities linked to three other worlds by a single silver thread. Most people refer to these three realms as Heaven, the Physical universe (the realm in which humans exist), and the Nether Realm or the Underworld. Many authors and artists investigate and explore the world of mythology, religion, and faith, connecting it to tell stories of cultures and reconnect humans to the origins of nature. Ideologically, in opposition to Sigmund Freud’s theory of evolution which was famously debated.

In the territory of South Africa, magic, life, and nature are closely entwined to aid their kind to advance in life despite extreme conflict and scarcity of resources. Their fundamental and only purpose is to protect their homeland Illango. The communities’ strong grip on customs and traditions makes the inhabitants feel compelled to defend their property against the spread of urban development ideologies. While defending what they cherish most, two ladies stand on opposite pedestals linked by a secret. In this series, the creators unlock the journey of a descendant of a powerful bloodline that must defend herself and those she loves as she learns an uncomfortable truth about herself.

This South African fantasy drama takes us on a journey with a 20-plus-year-old girl named Ntsiki, who has turned over a new leaf to embrace a better life. With time, we learn that she must embark on a task only she can complete after learning a difficult truth about herself. As we become more acquainted with the story, we see a slow unraveling of a mother’s need to protect her child from inevitable death.

This six-part series begins with Fenuka, Ntsiki’s sister, protecting the land from urban development. Fenuka and Nkosi are in a relationship. Nkosi does everything in his capacity to keep the union alive. Ntsiki’s love life is tempestuous, but she remains strong. Another half is necessary for the emotional ups and downs that occur repetitively in her life. Siya, an upcoming singer, is her boyfriend and emotional stronghold through all the storms in her life. The narrative that unravels reveals her uniqueness. She is street-smart with a dark past that starts to knock on her door once again. With time, Ntsiki discovers she has superpowers as she is a descendant of a powerful and magical bloodline known as The Brave One, a certain Goddess who is connected to the Tree of Life.

After discovering her superpower, her sister dies when they are attacked. When Nstiki comes back to life, things suddenly turn around. She embraces her avatar as The Brave One, the Goddess who is the one true savior of her land and a child, her blood brother. Ayanda is the wife of Luthando, the urban developer who wants to construct a high-rise over Ntsiki’s community. Ayanda and Luthando’s son Ludani is dying. Ayanda’s uncle, the community’s High Priest, tells her that the blood of The Brave One can save her Ludani’s life. Desperate to save her son’s life, she attempts to sacrifice someone’s baby, and Luthando stops her. After Ayanda kills her Uncle accidentally, she cannot find a way forward to save her son. While Luthando does not believe in magic or any form of spirituality, his eyes are opened when he is possessed by Ayanda’s uncle’s spirit and sees Ntsiki as The Brave One. 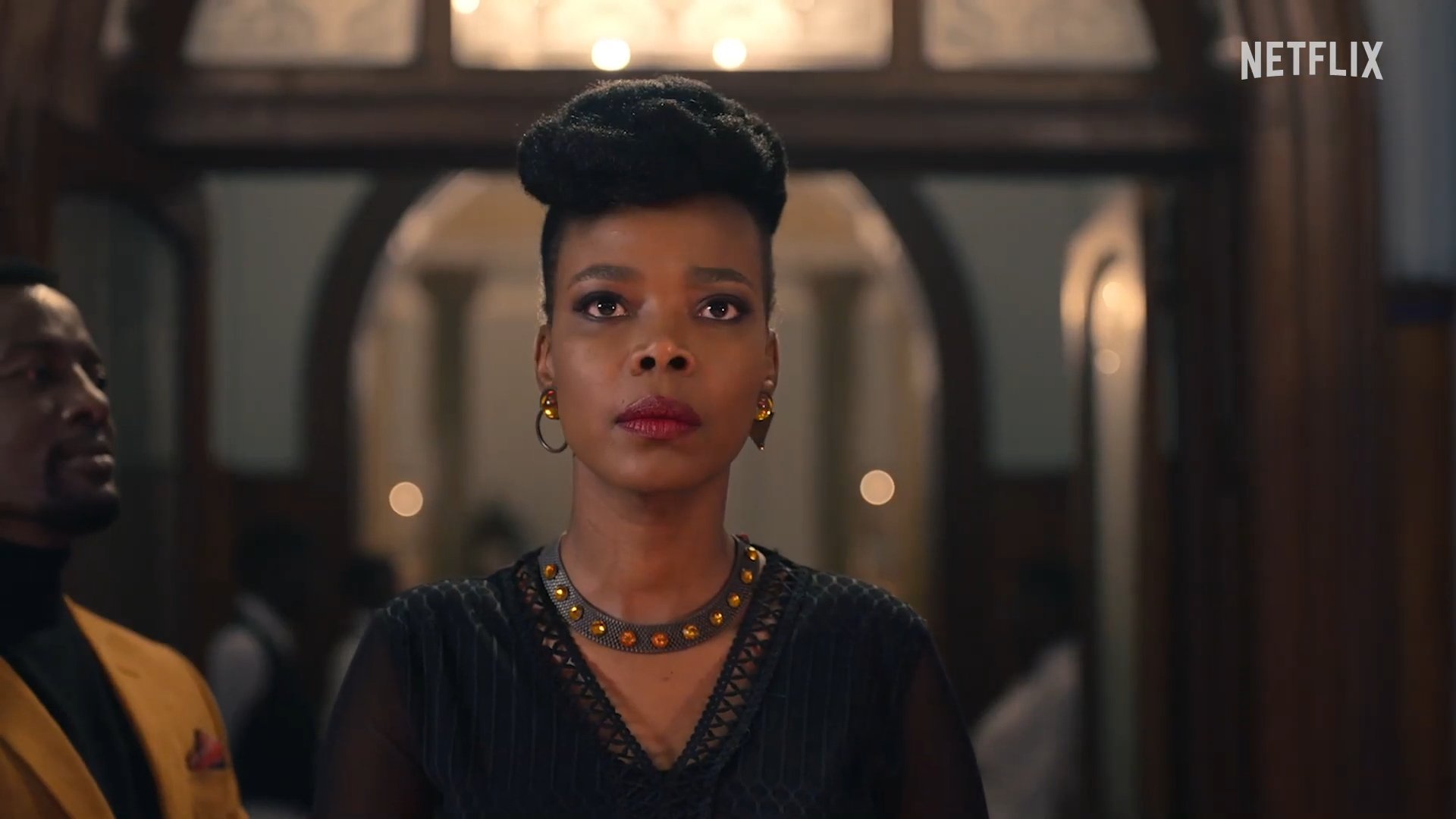 The Brave Ones 2022 (Season 1) Ending Explained

Will Ntsiki Save Her Blood Brother?

Ntsiki fully emerges, welcoming her new avatar as The Brave One. She enters another realm by using her powers, where she meets her sister, Fenuka. She sees Funeka with her boyfriend Siya, who had now died after being burnt alive with Ntsiki when they were both taken captive in the physical world a few minutes prior. In heaven, Funeka instructs Ntsiki to use her abilities and stand up for what she believes in. Ntsiki returns to the physical world as time runs out. When she does, she is standing in her living room. Ayanda, who is also in the living room, calls out to her. She reveals that Ntsiki is her daughter, whom she had to let go of because her mother and sister wanted to sacrifice her as part of a ritual out of a desire for power. Ayanda confessed she came to terms with Ntsiki’s risk of danger and killed her mother. She abandoned Ntsiki on the road, which her stepfather, Wele, later found.

With this hard truth to accept, Ntsiki takes on the daunting task of wearing a pair of bracelets that allow her to utilize the power of the Tree of Life. With Luthando and Ayanda’s blessings, Ntsiki must defend Ludani and save his life after finding out he is her blood brother. Ayanda’s mother’s spirit seeks to take Ludani’s life as he is the last descendant of the bloodline of The Brave Ones after she cannot consume Ntsiki’s power. Towards the end, after Ntsiki saves Ludani, she has one last problem to deal with. Ayanda has revealed that her sister is Nosisa, the high priestess that has been training Ntsiki to work with her powers and is preparing Ntsiki as a sacrifice for the same evil cause as her Grandmother. When a fight ensues, Nosisa is thrown onto the ground. To defend her high priestess, Nosisa’s assistant stabs Ntsiki in the stomach, maiming her fatally.

Creators Akin Omotoso, Robbie Thorpe, Portia Gumede, and Steven Pillemer bring a high-fantasy story of a female protagonist to the forefront, who must fulfill her destiny by saving her village by channeling the power of a Goddess. Towards the end of Season 1, we see that Ntsiki’s last task is to fend off Nosisa, the devious high priestess. Will she survive this attack? Will she avenge herself? What will happen to the Tree of Life? Season 1 ends on a cliffhanger, and we can only speculate about another season. Staying true to South-African culture, the series offers a rich balance between colors, characters, language, and ancient practices.

The Brave Ones (Season 1) Official Trailer