There are some partnerships that just works – an adaptation merging perfectly well with a studio known for creating movies in a specific genre during the 50s. The adaptation in question – Arthur Conan Doyle’s seminal Sherlock Holmes novel The Hound of the Baskervilles. The studio in question – Hammer studios in the 50s. The result – alchemy which creates a product that works perfectly well as a product of the studio in question, while also showcasing the flexibility of the source material. The resultant adaptation might feel weird, but surprisingly it is also the best.

Part of the reason why the adaptation lends itself so well to the horror genre is the source material – Doyle’s story is very much a pseudo-ghost story, a folkloric tale that is eerily atmospheric. There is a romance in the air, both in the danger and beauty of the moor in question, as well as the romance of the gothic kind – the eerie mystery of Baskerville hall, the curse of the Baskerville lineage, it all lends itself to that gothic image which Hammer studios indulge to its full potential.

Related to The Hound of the Baskervilles – Mr. Holmes [2015]: A Mysterious Search for Human Identity!

The opening event of the movie is the event that originates the curse of the Baskerville – Sir Hugo Baskerville showcases his propensity for privileged violence on an individual of a class lower than him, in front of his friends, while the daughter of said man is locked upstairs, and his friends converse with Hugo on options of “sharing” her, so to speak. Their lechery and privilege are evil, and yet evil begets evil, as the girl escapes, and Hugo Baskerville in a fit of rage goes after her and is murdered by the mythical hound of the moor. 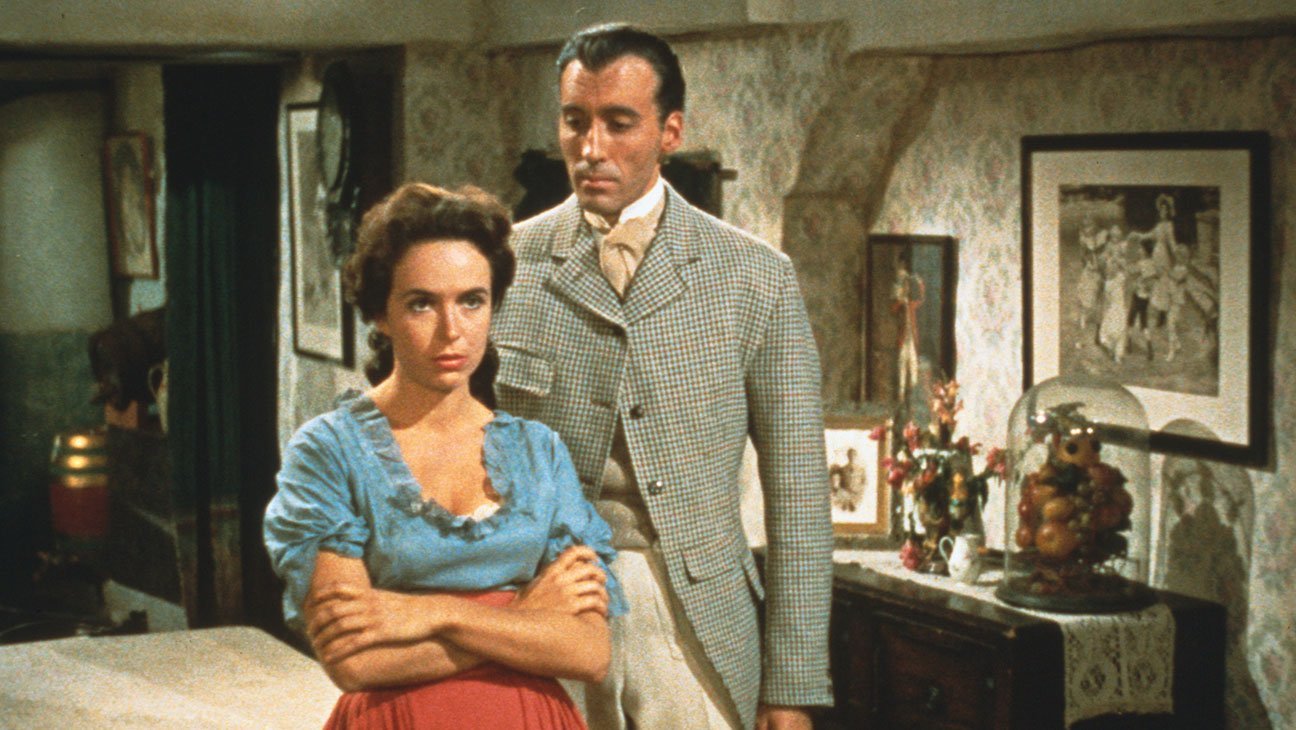 The gorgeous technicolor, the overblown score all give almost a lurid feel to the overall affair, something which doesn’t let up, as the movie transitions into the present and Holmes and Watson are listening to the past event as narrated by Dr. Mortimer. Holmes, here played by Peter Cushing is unique – he is delicate, arrogant, fidgety, and also not the most sociable. One would say he hates socializing as a concept. Watson played by Andre Morrell is definitely one of the better and more capable Watsons produced on-screen. Gone are the buffoon Watson of the 40s, the damsel in distress or just obedient sidekick, this Watson is capable, able to make his own deductions, however wrong they may be, and that works because Baskervilles as a story is very much Watson heavy in the beginning.

The changes to the source material in these adaptations are both minute aesthetic changes, as well as the addition of newer scenes or newer plot threads – a diabolical sacrifice of the convict Selden, a tarantula on the shoulder of Christopher Lee’s Sir Henry Baskerville, the change done to Cecille Stapleton from the source material, all these create a world very heightened, very much in tune to a superstitious or supernatural tonality normally attributed to shlocky horror and the movies of director Terrence Fisher, but this is one such case in which the violence, the gore, the horror all works to create a narrative about classism, and the inter-generational violence and horror that follows as a result of said classism. This narrative thread through the whole film both as text and as subtext, which serves to give a 1902 novel added depth in an adaptation, something much harder to do than most would give credit for.

Also, Read – What Do We Know About Sherlock Holmes 3?

There are flaws absolutely, the overblown score is distracting, the smoke effect in the final act as well as the cheesy green lighting in the hovels where Holmes and Watson take shelter almost betrays the stage-y nature of the whole ordeal. There is also an argument worth considering that an actor of Christopher Lee’s caliber is wasted in a supporting role, but then again these act as nitpicks for me. What I found is a newfound way of appreciating both the source material as well as discovering a wholly new lens to look at a Sherlock Holmes story, which forgoes faithfulness for individualism, and that is something infinitely more rewarding to me, however less cerebral or more shock worthy moments the movie is playing for.

It is indeed sad that there were no more Sherlock Holmes adaptations made by Hammer Studios, but that only serves to make this version more of an oddity than it already is, the mere fact of its existence and the joy of rediscovering it is something I would wish for every genre fan.