A well-done independent film always tends to carry a certain charm with it, and Amazon Studio’s latest science fiction thriller, The Vast of Night is an epitome of a well-done indie flick. The Vast of Night (2020) is a fantastic piece of work that shows how a simple storyline with a well tempo-ed screenplay and brilliant character sketches can produce a magical output that will keep you on the edge of the seat throughout its viewing.

Directed by Andrew Patterson in his directorial debut and within a budget of $1 Million USD, “The Vast of Night” is set in a small town of Cayuga, New Mexico in 1950’s America and tells the story of Everett (a radio jockey) and Fay (a high school student and part-time telephone operator) as they try to decipher a mystery audio signal that seems to be causing minor disruptions as the most of the other town members attend a high school basketball game.

Similar to The Vast Of Night (2019): Gone With The Light (2020) NYAFF Review: A Relationship Drama With A Sci-fi Back Drop

The movie does a terrific job of establishing time and space. The town and its characteristics are undoubtedly 50’s and the sweet retro experience sets you comfortably in a zone that you peripherally know is going to be shaken as the movie progress. A sense of a close-knit community, strong anti-Communist ideas, fascination with technologies that seem outdated today, further give you a sneak peek of life in the 50s. 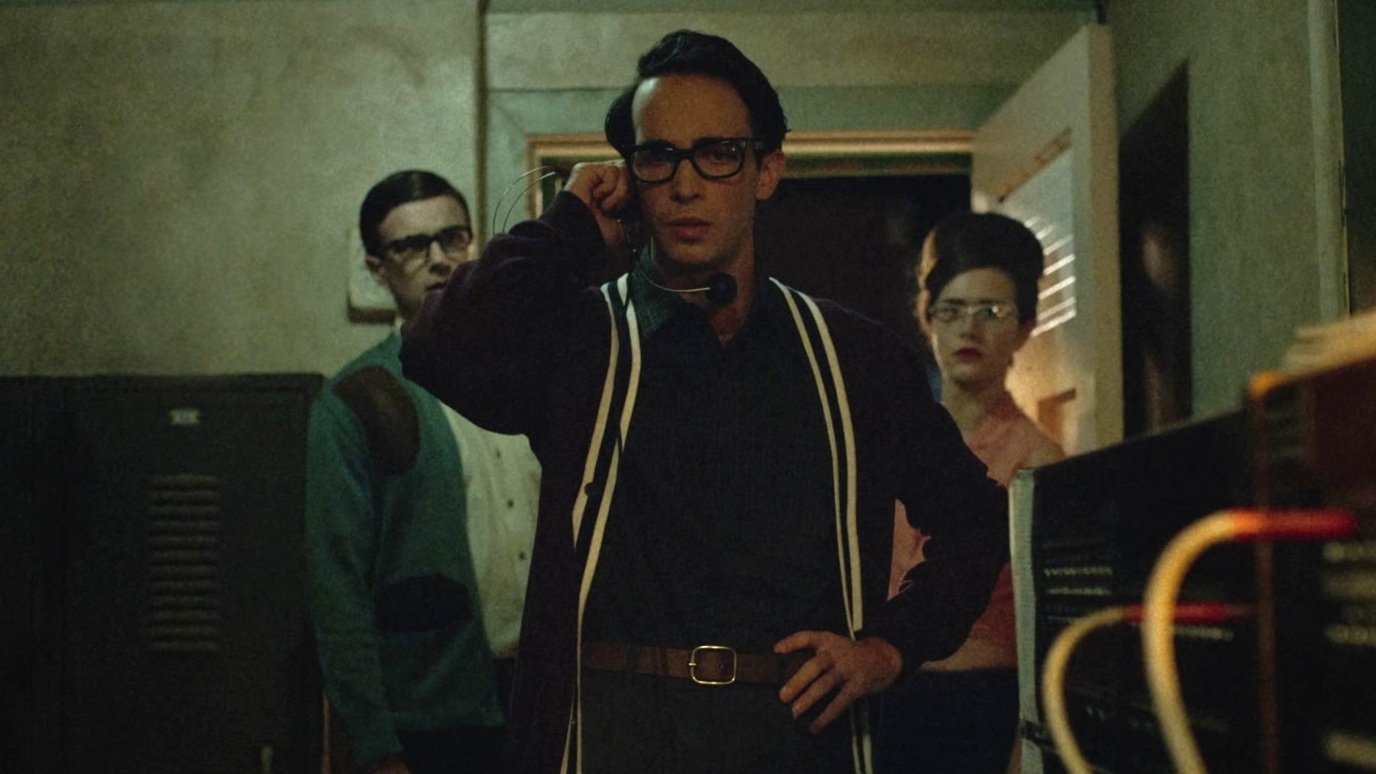 The protagonists of the movie are Everett (Jake Horowitz) and Fay (Sierra McCormick). Everett is a popular and possibly the town’s only radio jockey. He is smart, verbose and very straight forward in his approach. Snappy dialogue delivery and well natured sarcasm form a key part of his communication. Fay is a slightly younger, school going part time telephone operator who is clearly smitten by Everett and his ways. The two form a very strong chemistry and contradictions in their personalities complement each other well. Everett comes across as less constrained and more of a free bird. He does things he believes are right as long as they are ‘good radio’. Fay, on the other hand, is juggling multiple responsibilities between attending school, caring for her sister and lending a hand to her mother at the telephone exchange. The only characteristics common are their sense of curiosity and an apparent desire to leave their native place for grander endeavors. Together, Everett and Fay try to solve the case of the mystery audio signal that is interfering with Everett’s radio broadcast.

The plot, as such, is not very original but the execution is at its finest. Essentially, a movie about first contact (alien encounters), the plot thickens once other characters are introduced as the movie progresses and stranger ideas are introduced about the origin of the signal. This is where the screenplay does a fantastic job of building the story in a well-paced manner through a mix of introduction of ambiguous characters and intriguing sub-plots ultimately culminating into a thrilling climax. The inspirations drawn from Twilight Zone and Paradox Theatre are inconspicuous and a Lynchesque tonality to the entire movie makes it enjoyable yet creepy on multiple fronts.

“The Vast of Night” does not shy away from tackling the shortcoming of the 50s and seSimrves up themes that are extremely relevant even in today’s scenario. Once such sequence is when a character reveals that no one took him seriously because he was of a certain race. Commentaries on racism, anti-communist ideologies and higher powers controlling the world find their presence in the story telling process, however, none of these themes over welcome their stay. Andrew Patterson has a very clear vision of what the movie is about.

The climax of the movie is well paced and with the strong character developments that take place throughout the movie, keeps you very much engrossed and very much concerned for the characters in whom you are significantly invested as the movie hits its peak. The background music, costumes, props and sets are extremely well done giving you a feel of a solid retro science fiction thriller.

Similar to The Vast Of Night (2019): ‘Ad Astra’ Is A Sci-Fi Odyssey With Inter-Galactic Daddy Issues

Overall, “The Vast of Night” is a brilliant cinematic experience that hardly has anything bad about it that can be pointed out. An independent sci-fi gem, the movie derives its powers not from expensive CGI or out-of-the-world ideas but rather through the most basic elements of movie making – a gripping screenplay, brilliant character arcs and a strong climax. The ending is left slightly ambiguous and hence open to interpretations but many of the movie’s mysteries get definitive solutions leaving you with an enthralling and an overall satisfying movie watching experience.