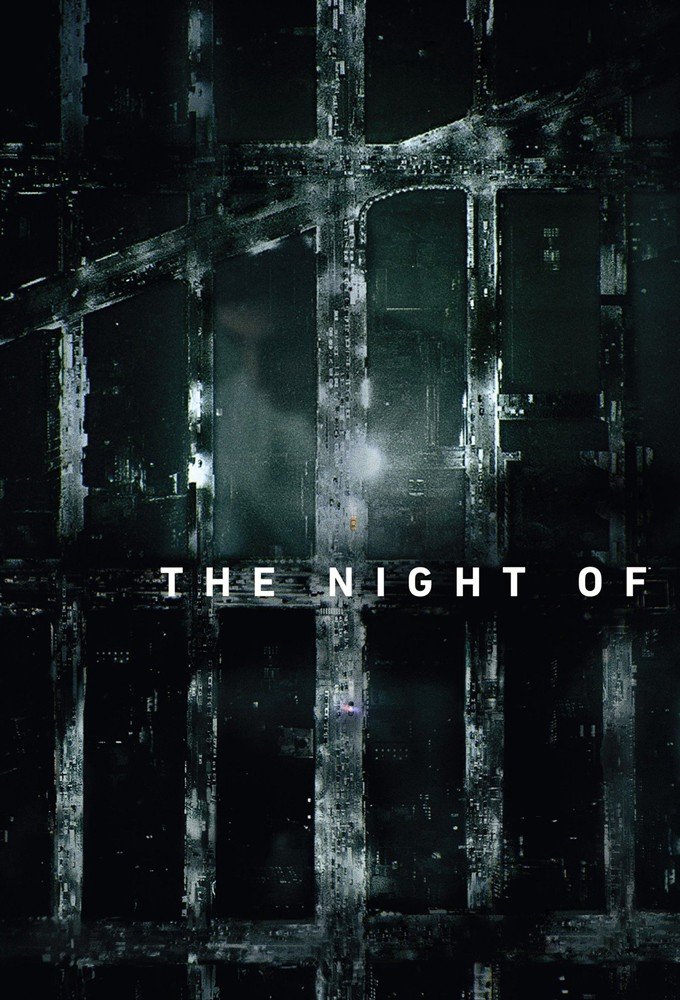 The rush to judgment against Nasir Khan began at the 21st precinct at 4.45 a.m. the night of, and ended 10 seconds later when he was tackled to the floor

HBO’s eight-part miniseries, “The Night of” (2016) falls under the category of ‘anti-binge’. I like many binge-worthy TV series, which makes you take a tough decision at 1 a.m. on whether you should sacrifice another hour of sleep and feel totally exhausted the next day at office, or just start fresh after returning from office, late at evening. So, I mostly prefer the anti-binge series, where I don’t worry over what’s gonna happen next but rather profoundly think about what has already happened and consider their subtle implications. A masterly series like “The Wire” catches the quotidian details with such nuance that you get a deep-seated understanding of how bureaucracy works. It does wrings out enough tension from these realistic situations, but mostly we are allowed to stroll in and take the full nightmarish nature of a reality rather than hurrying for a preconceived destination. When the man behind the greatness of “The Wire” (Richard Price), collaborates with one of best screenwriters in cinema (Steven Zaillian) you could guess inherent potential for greatness in TV mini-series “The Night Of”. And, I must say that these creators have traversed elegantly through the well-trod TV turf of courtroom dramas and police procedural to provide a thoroughly engrossing analysis of the relationship between systematized and individual prejudice.

“The Night Of”, of course is a murder mystery, although it uses a crime to examine the human factors complicating matters, twisting truths in what is already an intricately linked system. This is the equivalent of reading a big crime novel with all those rich, atmospheric details that might make you pause and re-read the passages. Based on the British Television series “Criminal Justice” by Jane Trantner “The Night of” is diffused with the sense of waiting and anticipation that it almost becomes a separate, original entity. In the incredible first episode, we see intelligent, doe-eyed first generation American (born to Pakistani parents)  college student Nasir Khan (Riz Ahmed)  making series of increasingly bad decisions after taking his father’s taxi without permission to go to a party. At some point in the night, a girl enters the cab. She is Andrea Cornish (Sofia Black-D’Elia), a beautiful and a bit enigmatic girl who must have imbued a feeling upon Nasir that the party has come to him. Looking at the girl, we can anticipate what’s going to happen to her and so every person and security cameras Nasir comes across in the cab journey has the prospects of becoming future evidence against him. 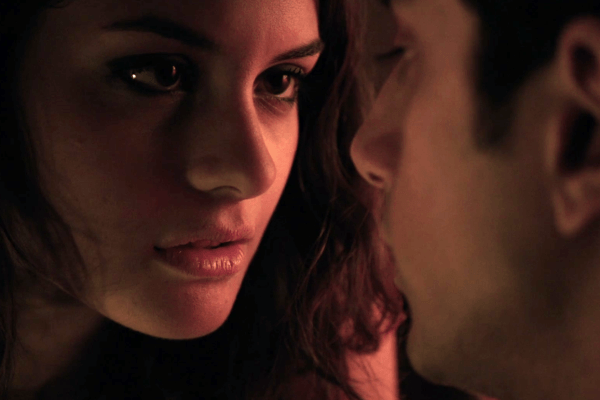 The journey starts to spin out of control when Naz after shooting awkward glances takes the drugs offered by the girl and ends up in her luxurious Upper West Side Apartment. After playing some crazy game with a knife (plunging the serrated edge between the gaps of outstretched fingers). The debauched night leads up to passionate sex and ends up with Nasir waking up in Andrea’s kitchen. Contemplating the blacked-out state, Nasir makes his way up the stairs to pick up the jacket and say bye to her. He switches on the bedside lamp to find her stabbed to death (stabbed 22 times says later police report). In the rush of panic, Nasir makes more foolish decisions. After a series of incredibly tense moments, at 4.45 a.m., in the 21st Police precinct, Nasir is arrested and the investigation is led by legendary, principled detective Dennis Box (Bill Camp) aka ‘the Subtle Beast’. The mounting evidence against Nasir makes Box resolutely believe in the young man’s guilt and goes on persuade the suspect to make a confession. Nasir maintains his innocence and believes that he can prove the truth in a court of law. By chance, the ambulance-chasing, eczema-afflicted attorney John Stone (John Turturo) meets Nasir, who gives him the best advice he needs for his grim future: that truth has nothing to do with the outcome of his trial. The story of a beautiful, Caucasian young woman murdered by Muslim student adds fuel to the prejudice and societal tension. The televised trials pass on judgment based on Nasir’s identity. While the penal system makes a ‘real convict’ of Nasir, the prosecuting side is intent on manipulating the available objective information. Only three people – Nasir’s parents (Peyman Moaadi and Poorna Jagannathan) and the young idealistic defense lawyer (Amara Karan) — naively believe on the triumph of truth without worrying about judge & jury’s predigested feelings. However, the key to Nasir’s case is John Stone, a man who moves forward, bearing different kinds of ‘crosses’.

Like “The Wire” or true-crime documentary series “Making a Murderer”, Zaillian and Price provides cornucopia of small details to examine how those details are discerned, twisted in the interrogation and courtroom. The series much less interested in telling us ‘what happened that night’ than tracking down the machinations involved in solving a murder case. The creators Price and Zaillian works on a bigger canvas, creating nuanced, multi-faceted characters, whose human feelings ranging from desperation to kindness plays the significant role in shaping the legal procedure. Since it often zeroes-in on the minutiae, the series taken on the whole might feel a bit unsatisfying as there are no off-the-rails twists waiting for us at the end (of each episode or at very end). This is pretty much Naz (Nasir) and Stone’s journey across apathetic systems, riddled with soul-sucking bureaucratic procedure. Police, judiciary, penal, media, and the health institutions view the subjects in front of them through a narrow slit, causing more frustration and sadness than providing justice or a relief.  How could we call the justice system is fair when a lot of human factors play a big role to interpret on the presented objective information? Why did the humans in these institutions have mistaken indifference as impartiality? What is the purpose of a punishment that creates more criminals than it redeems? And does truth really matter in the end? “The Night of” raises many such sociopolitical questions for which we can only sigh with frustration than provide some answers. However, these profound questions wouldn’t be possible if not for the strong characters and the nuanced storytelling method of Steven Zaillian.

One of the interesting elements (an irony) in the series is the way Nasir is forced to be a proper convict inside Rikers and to be the innocent man on stand. As he slowly becomes this alpha male with all the attention-seeking tattoos, he is no more the naive Naz we first saw driving the cab. We are increasingly disturbed on how the trial itself becomes secondary for Nasir, while his survival inside Rikers becomes the foremost concern. The gradual change to incorporate the emotionless gaze and his exploits in the prison even takes us to the point of doubting Nasir’s nature. The masterstroke lies in there: on one hand, we lament on how prison has become a criminal factory, while on the other hand we are having doubts about our own perception of the initial crime (which perfectly serves the story). 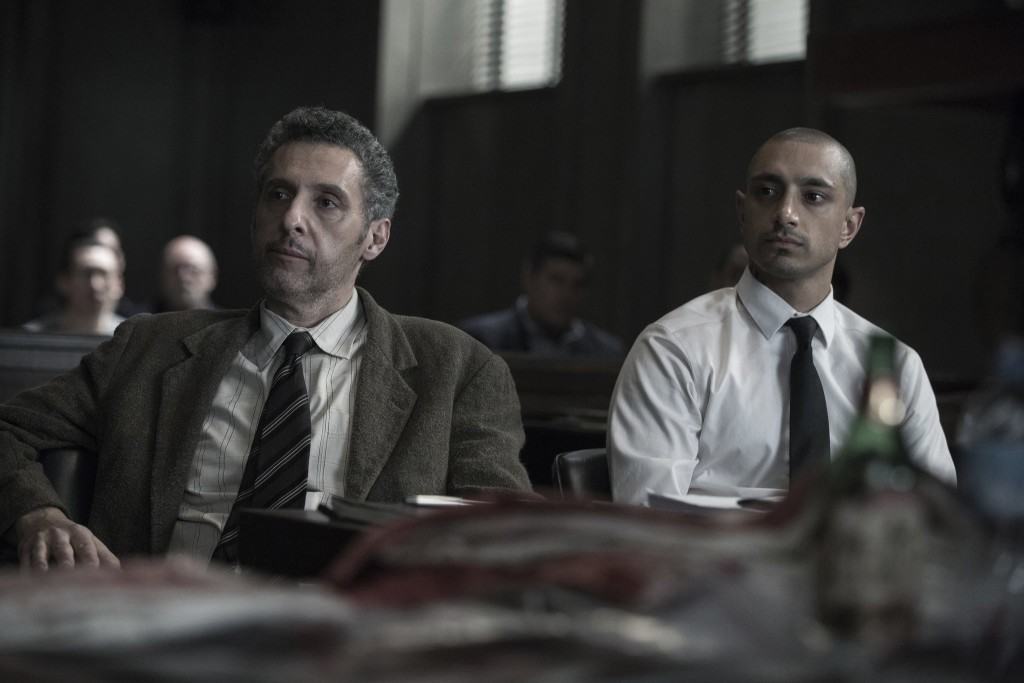 Riz Ahmed as Nasir is exceptional and his transformation from being a scared kid to a man walking with his chest out was absolutely perfect. At times, it feels like Zaillian and Price are juggling between too many subplots and themes, although the subtle shading (and refusal to preach) never distracts our attention. The primary flaw must be the shallow characterization of Andrea, since the interest is not on her, but only at how events are perceived after her murder. Camp as detective Box and Jeannie Berlin as district attorney plays their characters with a sharp ambiguity and equanimity that we are elated at the moments when they pause and showcase their true feelings (of doubt or some form of guilt). John Turturo as Stone steals the show in every scene he is in. It was the role that first went to late actor James Gandolfini (“Sopranos”) and then to Robert De Niro. Turturo’s undeniably empathetic portrayal elevates the emotional complexity woven in the narrative. The disenchantment and frustration is perfectly balanced with the character’s tenderness and noble-mindedness. Stone’s journey between hospital rooms, in search for the cure of worsening eczema, has enough dark humor to belong to a Coen brothers’ movie, but it also becomes a metaphor (just like the cat’s indecisive fate) for the existential suffering. Turturo’s closing speech in the courtroom makes us shed a tear or two. Moment by moment, in that sequence with the bedraggled posture, Stone exhibits his indomitable spirit against the frail nature of justice and life.

Robert Elswit’s grey color palette and the lingering shots of menacing institutional buildings convey the sense of gritty-flavored New York. Eventually, “The Night Of” seems to say that conscience matters as much as truth (Naz’s fate hinged on the troubled conscience of detective and the attorney). What struck me is the final image of Stone moving forward with life. He is the man who knows that life is all about trying to climb out of an abyss and that it is better to look above at the shiny sky than gazing down at the darkness waiting to consume a person. Naz is burdened with a perplexing reality & unerasable identity that he will be forever looking down at the black emptiness. The ‘system’ has poisoned him for life.

“The Night Of” is a well-detailed and laboriously slow procedural, which profoundly deals with the pernicious nature of the law & order system. It doesn’t boast any ground-breaking plot or mystery, but the top-shelf actors and impeccable writing turns this into one of the most powerful and distinct mini-series.