The Peripheral (Season 1), Episode 3: Last week, Amazon Prime premiered its adaptation of Cyberpunk legend William Gibson’s novel “The Peripheral.” The first two episodes indicated that the show, created by Scott B. Smith with the creators of “Westworld” (Jonathan Nolan and Lisa Joy) serving as two of the executive producers, could very well be the science-fiction show that Cyberpunk fans would love to see. This Friday’s episode, titled “Haptic Drift” and the third of this season, builds on the exciting premise set in the previous episode and carries the intrigue forward without advancing the story that much.

The Problem for Corbell

The show starts with a flashback to 2015, where a slightly younger Corbell (Louis Herthum) sells cars to a Biker Gang. At least, that is what the bikers thought. Under the pretense of test-driving the cars, Corbell locks the entire gang inside multiple SUVs. With the bulletproof SUVs, the gang members have no choice but to perish via suffocation in the sweltering heat. 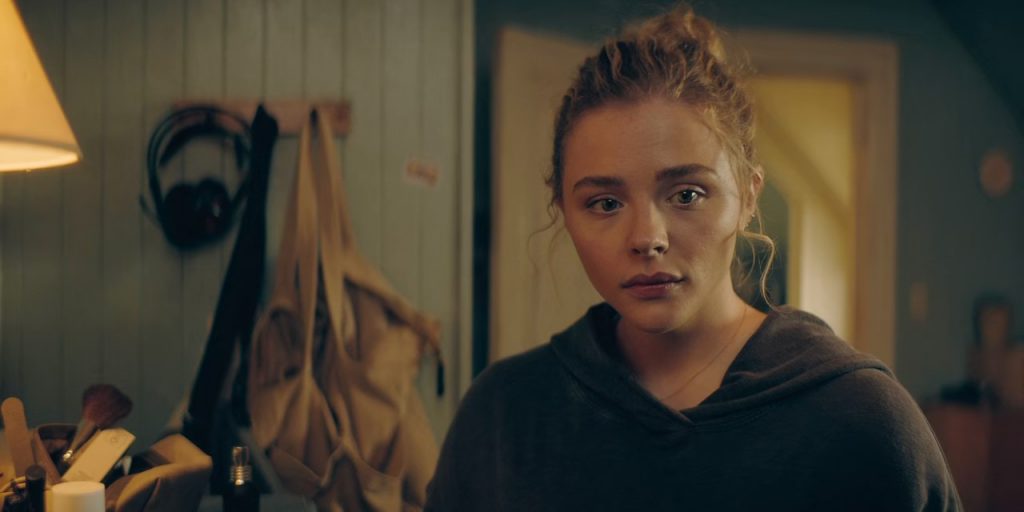 Back in the present day, which is 2032 in Flynne Fisher’s (Chloe Grace Moretz) world, Corbell discusses with his wife the problem he was presented with within the last episode when Daniel (David Hoflin) visited him from the future in his VR game. He was given a considerable amount of money to eliminate Flynne and his family. Corbell’s wife suggests that it might be better to employ his nephew, Jasper (Chris Coy), to find out why someone powerful would want to kill the Fisher family.

Fishers Amp up Their Defence

Wilf Netherton (Gary Carr) and his employer, Lev Zubov, representing the Klept, the faction fighting against the Research Institute (RI) led by Cherise Nuland (T’Nia Miller), have been generous to Flynne so far. With drugs from the future curing Flynne’s mother and the money transferred to them, Flynne’s brother, Burton (Jack Reynor), decides to amp up their defense. Astutely, one might add.

Flynne meanwhile tells everything to her friend, Billy Ann (Adelind Horan). This angers Burton, as Billy Ann is the wife of Jasper. Burton fears that telling Billy Ann would be equivalent to telling Corbell himself. Flynne also learns from Wilf and Lev that the RI has already approached Corbell for a job. To eliminate her and her family.

Burton, who is ex-marine and has worked on ‘Haptic Drift,’ a system where two or more could be linked mentally for better coordination in a combative situation, takes matters into his own hands. He approaches Corbell directly and tells him that he is aware of the bounty that has been placed on his family’s head. He also offers money to Corbell to stay out of it. Flynne immediately conveys that to Burton but warns him not to do anything rash.

Along with that, he also tells a story about how he almost killed a man without any reason, only to find out that the man in question had bullied Burton’s ex-partner of Haptic drift. So, when he fights, he fights with the rage of all his mates. Corbell, for once, seems to be cautious and shakes hands with Burton. However, he later asks Jasper to poke around and find more information.

Meanwhile, Flynne, in 2099, London has not been able to progress further in finding Aelita. That is when Wilf thinks of visiting his and Aelita’s old home. It is revealed that there is a reason why Wilf and Aelita are that close. They grew up together and were adopted together (at Aelita’s insistence). It is also revealed why Aelita often called Wilf ‘Wolf.’ Wilfred is a name their adoptive dad insisted. Wilf, short for Wilfred, was previously known as Wolfgang, hence ‘Wolf.’

Upon visiting their old house, Wilf interacts with his and Aelita’s adoptive mother. She reveals that she saw Aelita a month ago. Aelita told her “Where the Last Snow Fell” on being asked about her location. Wilf shares this information with Flynne, operating in her peripheral, and Flynne suggests that Snow is a person. Wilf immediately remembers John Snow (Not Jon Snow of Game of Thrones), a Nineteenth-century English physician. One of Aelita’s childhood inspirations.

The Peripheral has intrigued the Cyberpunk fan inside me. The fantastic production design is one of the critical factors. The third episode, “Haptic Drift,” maintains the Cyberpunk feel but does not advance the story much. What it does, however, is elaborate on the already established narrative. Every TV-shows have one or two such episodes. There is no harm in that. The Peripheral so far has not lulled for that long to make the audience lose interest.

What is the Jackpot? While all this is happening, the RI lead, Cherise, finds that one of Aelita’s roommates and friends is Grace. Grace works in the department of biodiversity of the Research Institute only. Upon visiting her, Cherise finds that it has indeed been her who leaked certain information to Aelita. Cherise shows her ruthless side by setting hornets on Grace and killing her.

Wilf figures out Aelita resides on Sackville Street, as that is the place where John Snow lived. Reaching there, Flynne remembers the place as it was the place where she met Aelita when she was under the Burton peripheral. Upon investigating, they realize Aelita has left the place in a hurry. However, they found the two dead/deactivated peripherals of doctors who operated on Flynne’s Peripheral for the eye replacement.

In addition to the chips inside the doctor peripherals’ heads, Wilf and Flynne gather enough materials to generate more information. Wilf also finds Aelita’s implants. Daniel, with a robotic henchman, enters just when they are about to leave. A fight ensues. Daniel seems to get the better of Flynne once again, but Flynne manages to subdue him with his plasma gun. However, before they could get anything out of Daniel, the robot henchman, through whose eyes Cherise was watching everything, killed Daniel. Possibly under Cherise’s command.

Before killing Grace, Cherise mentions ‘The Jackpot.’ She says, “Before the Jackpot, there was a country named Paraguay.” Now, Cherise’s present is 2099/2100. It has already been indicated that there has been some apocalyptic shift. Even Flynne has noticed the abnormal lack of crowd. So, ‘The Jackpot’ perhaps refers to some apocalypse where a global shift has happened. How all the people we meet in 2099 have survived is still a mystery.

As the next episode is named ‘The Jackpot’,’ we can perhaps expect some more light on the matter.

Feed Me (2022) Movie Ending, Explained - What do Jed's dreams and visions mean?