The Policeman’s Lineage (2022) Review: No non-sense crime dramas are always a pleasure to watch because of their focus on institutional rot and social challenges that arise in the wake of the former. It is interesting to note that democratic societies consent to be controlled as long as the degree of control remains in check. Institutions are derived as instruments of control from the same consent and then the agents of social order lay down the methodology to be adopted. We know the cause for which such institutions exist and also the methods by which they work, which we approve collectively.

It is not a utopian idea but a calming one: a periphery for social order is sketched and those who cross it are pushed back inside or kept outside by force until they get ready to be back inside by this set of individuals with the right to legitimate violence who act as an artificial fence. After all, this was thought that necessitated policing of civilians. But since reality is complex, the movement beyond the periphery is rapid, the order is ambiguous, the methodology is often shackling and the police force often finds itself violating the consent of the society.

Related to The Policeman’s Lineage – The Righteous [2022] Review: A Strong, Thinking piece about Religion and Faith that falls just short of the mark

The exploration of functional complexities isn’t new to film narratives. They lead to endless possibilities for conflicts. And interestingly, the potential of reality to churn stories is never exhausted. But what happens when the methods required violate the ones prescribed and consented to, in the wake of events that threatened the cause for which institutions exist in the first place?

The Policeman’s Lineage is an institution-specific crime drama that doesn’t have many windows to step into the civil world to focus on the transactional relationship between the two. What I mean here is that the film is focused on what happens when the police department starts experiencing internal conflicts even when every actor is working for the same cause. 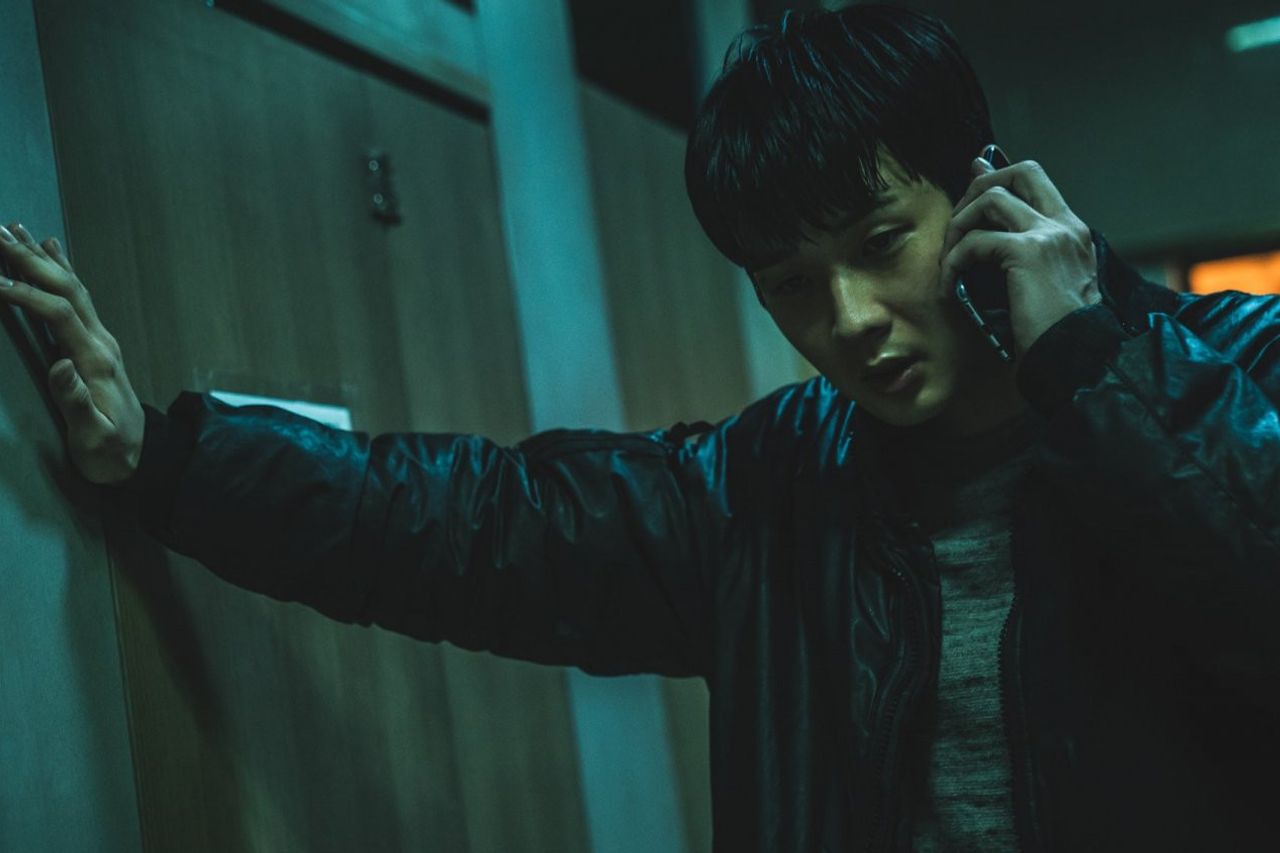 Choi Min-jae, played by Choi Woo-shik of Parasite (2019) fame, is planted as a secret agent to uncover Park Kang-yoon’s, played by Cho Jin-woong, funding sources who is suspected to have corrupted ties with the underworld. Working with Park, Choi has to come to terms with being the necessary evil for the greater good even when the cost of the greater good is paid with a loss of conscience. The film might appear to take familiar routes like that of Serpico and Infernal Affairs but it folds itself inside out the second half only, cleverly establishing that this isn’t a thriller that runs on the fear of revelations but one that exploits revelations for faceoffs.

This South Korean crime drama doesn’t claim screentime for the prologue. It starts where the action is and builds its foundation along the way. The context is provided in the normal course of progression, and there are ample dialogues to catalyze decision-making through dilemmas our characters face. And yet, something mysterious lingers throughout. The myriad of tasks, motivations, secrets, and predicaments make The Policeman’s Lineage an engaging ride

The chemistry between Choi Woo-shik and Cho Jin-woong is the finest aspect of this cop drama. What they share is beyond a regular buddy cop relationship. They mimic numerous relationships such as those of a mentor-mentee, partners at work, rivals on-field, and often the moral anchor for each other. And the sheer range of this relationship renders the film with more colors than it would have otherwise. The screenplay is uncompromising. No party is favored at the cost of others and therefore, it becomes tough to distinguish between the heroes from the villains. And as the audience, we oscillate from one party to another depending on the circumstances.

Lee Kyoo-man’s direction is assured as it appears he knows where exactly he wishes to take the film. The resolution, however, does away with moral ambiguity and ends up favoring a swift unison of the two ends of the spectrum into the grey zone. The cinematography choices are stylized but controlled and therefore, do not hurt the aesthetic appeal. Additionally, the flashback sequences are smartly infused into the present timeline. The only disappointment I have with the film is its lack of emphasis on action. The fight sequences are very brief, unlike most police procedural dramas. And given how stylish the film otherwise is, a couple of adrenaline-pumping action set pieces would have elevated the experience.

To conclude, The Policeman’s Lineage is an interesting crime film from the country that is popular in this genre. It is worth discovering when you find yourself in the mood to watch crime eat crime in a dog eat dog world.